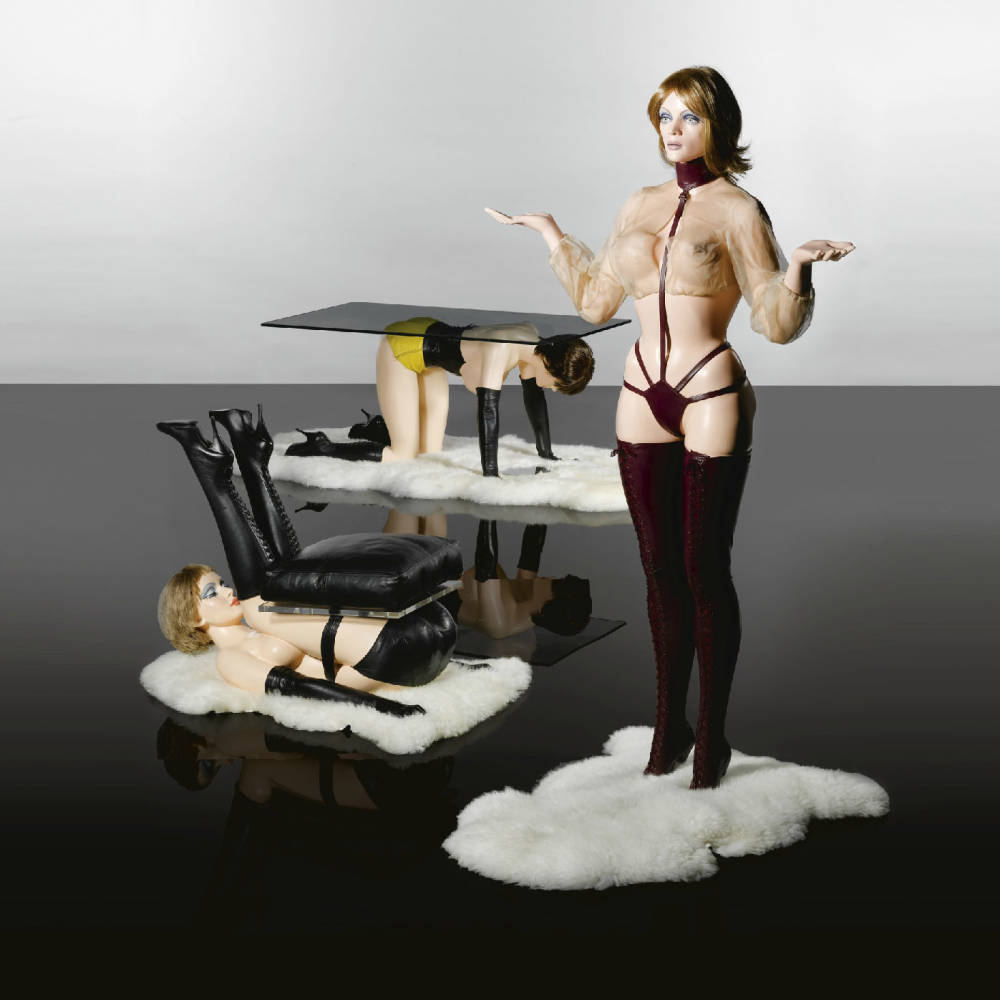 Creative minds are constantly seeking new mediums for self-expression. Whether it be artists and musicians designing clothing, fashion designers dabbling as DJs, or architects exploring the field of industrial design, it is hard to cap creativity. This trend has existed for decades, and the 20th century birthed some of the most notable of such examples, case in point, artist Allen Jones. 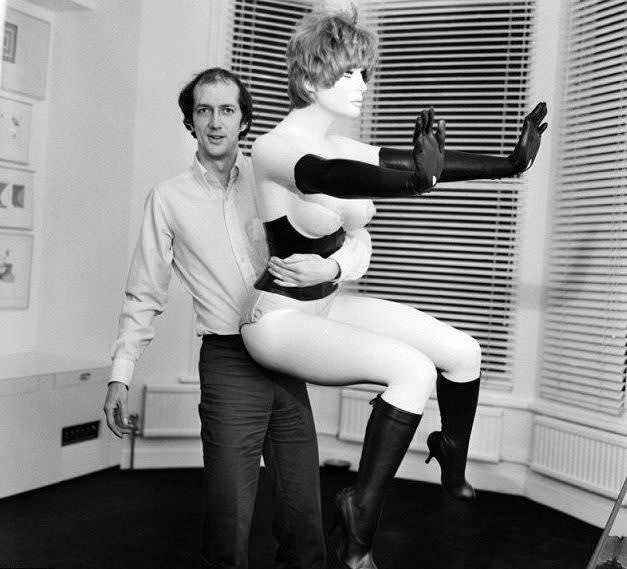 Holding one of his figures 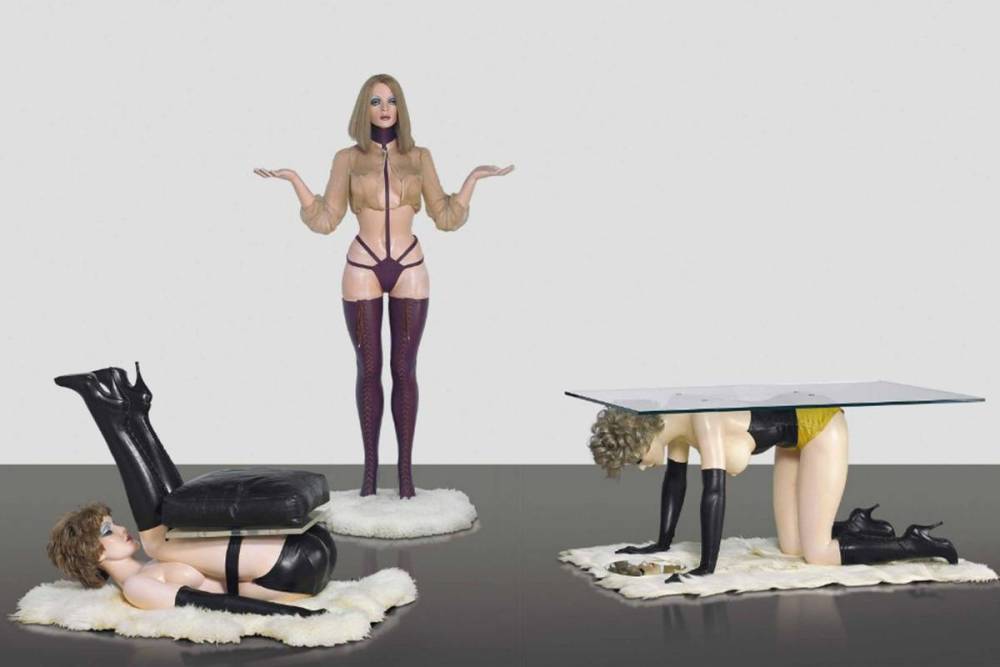 Debuted to protests in the 1970s, Allen Jones’ forniphilic "fetish" mannequins rocketed the artist to international fame while simultaneously making him enemy number one of the women’s liberation movement. Although Jones defended his work as a statement about the female form in response to the overwhelming decline of figural representation in modern art, his exhibitions continued to inspire outrage as protestors let off stink bombs and a demonstrator poured paint stripper over ‘Chair’ at the Tate Modern on International Women’s Day in 1986. 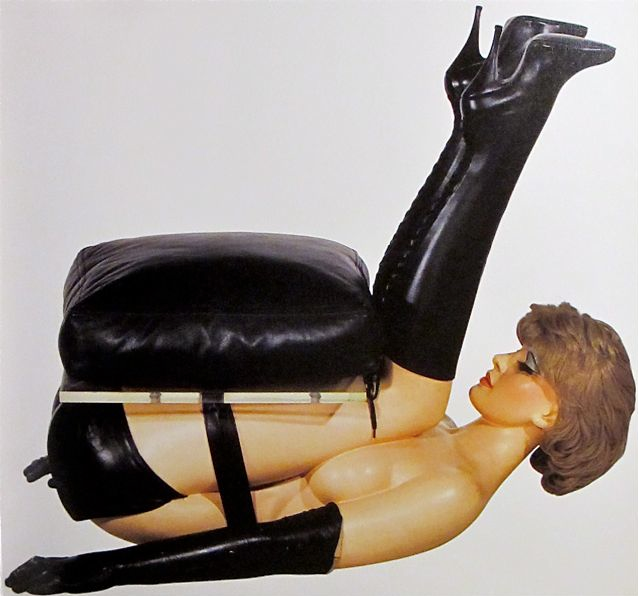 Though time tends to heal all wounds, and the art world has certainly been met with its fair share of controversy since, it is perhaps without surprise that Jones’ 1969 series of furniture has continued to stimulate debate while also serving as a source of inspiration. One contemporary figure that took a liking to the series, fashion designer Rick Owens, falls under the latter category of reactionary discourse. 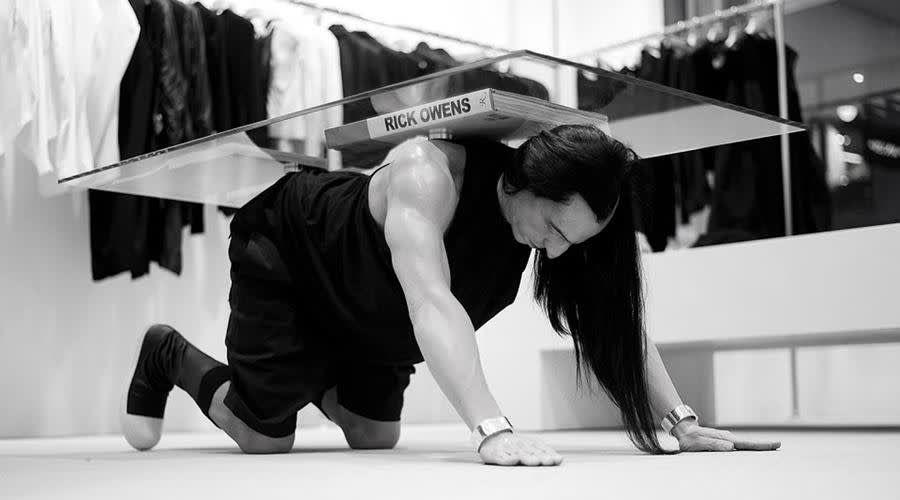 In one of the most direct examples of ‘fashion imitating art’, Owens released a series of furniture objects that have traveled from his Milan store to the JOYCE Boutique in Hong Kong and his L.A. flagship, modeled after Jones’ trio of erotic sculptures. Rather than objectifying females, however, the avant-garde designer replaced the original works’ scantily clad mannequins with realistic wax renderings of his iconic muscular frame and jet-black hair, decked out, of course, in Rick Owens boots and apparel. Much like his collections do, Owens’ doppelgangers arranged in similarly precarious poses force viewers to reconsider how they see clothing, eroticism, and the human body, while positioning Owens as the subject of objectification. 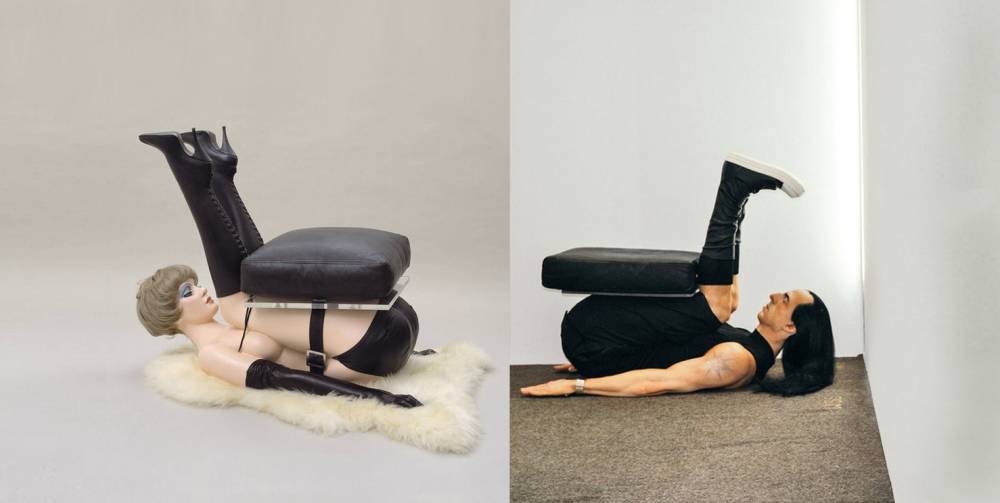