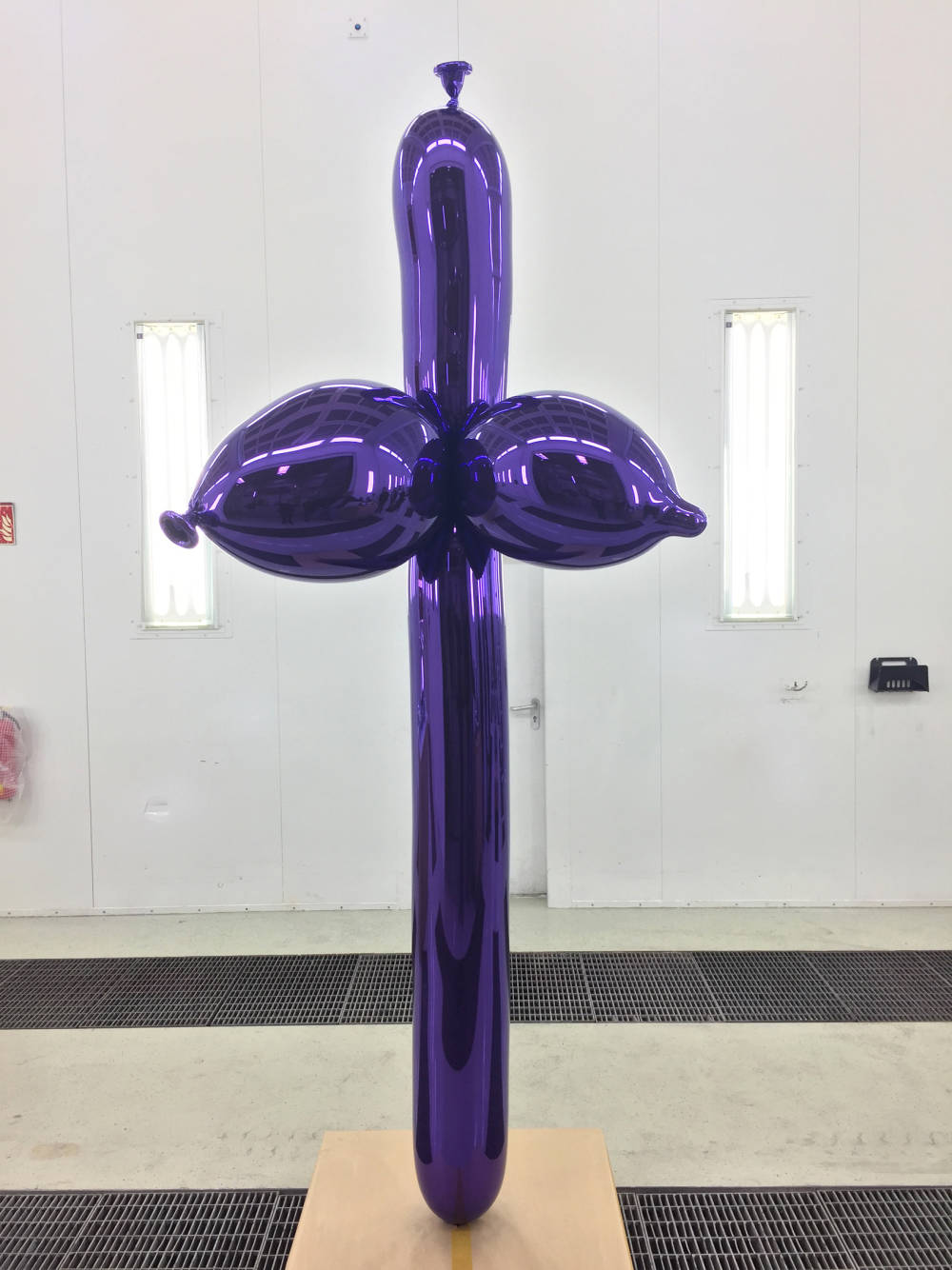 Beneath the shiny, perfectly polished stainless steel surface of Jeff Koons’ larger than life balloon sculptures, are layers of classical references and hidden citations. Koons, who began his formal career as an artist in the late 1970s, has produced some of contemporary art’s most iconic works, all of which speak to significant teachings and moments throughout the history of art.

Jeff Koons’ early inflatables, for example, are works that embody his understanding of the Duchampian approach to creating art, while in a newer series titled Antiquity, which began in 2008, Koons focuses on themes of fertility and feminine beauty through the ages of creation.

The works that comprise Antiquity personify Koons’ likeness for studied, art historical references, ranging from prehistoric and Greco-Roman sculptures, to old master paintings. The first work produced in the series was a sculpture called Balloon Venus, of which 5 unique versions exist, based on a miniature limestone figurine called the Venus of Willendorf, estimated to have originated between 28,000 and 25,000 BCE.

More recently, Koons completed a second version of the Venus sculpture, titled Balloon Venus Dolni. Unlike the first Balloon Venus, whose bulbous, exaggerated sexual features and spherical shape make her nearly as round as she is tall, Balloon Venus Dolni is a vastly different interpretation of a Venus figurine, both physically and referentially.

Balloon Venus Dolni was inspired by two distinct sculptures, titled ‘Dolni Venus’ and ‘Vanitas’, both of which are currently found in museums in Vienna. The original ‘Dolni Venus’ is an elongated rendering of a Venus figure, described as a stylized sculpture of a female, standing roughly 8 centimeters tall, with two breasts sculpted on one slender rod. 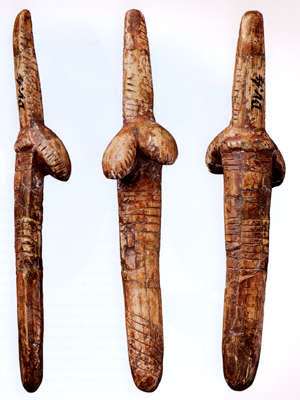 The second work in which Koons sought inspiration for Balloon Venus Dolni was a miniature statue titled ‘Vanitas’, created in the fifteenth century by German sculptor Michel Erhart. The statue is composed of a three-figure group, depicting two distinct stages of one’s life; foremost, youth, represented by a pure-looking couple, a male and female connected by one shoulder, both rendered with smooth skin and innocent eyes. The young pair is in stark contrast to the appearance of the third figure, an old woman, whose body and mind have begun to decay. Erhart’s artistic intention behind the drastically opposing visuals presented in ‘Vanitas’ was to express a harsh declaration of the manners in which physical beauty and appearance are so closely linked to age.

Individual elements within both ‘Dolni Venus’ and ‘Vanitas’ have been extracted and manipulated by Koons in the creation of Balloon Venus Dolni. While the contemporary sculpture’s slender shape and overall silhouette are most evocative of the original ‘Dolni Venus’, Koons has added a third breast onto the work’s slender rod. In closer observation, one will notice that the three breasts are not identical; in fact, they are rendered with noticeable variations, as if the balloon has been deflated from its original state. Here, Koons is in conversation with the work ‘Vanitas’, depicting a female’s breast at three distinct stages of a woman’s life. Conversely, in immediate contrast to the bumpy, natural surface of ‘Dolni Venus’ and the small scale of both sculptures, Balloon Venus Dolni stands at a towering 107 inches tall, with the work’s mirror-polished stainless steel surface absent of any and all imperfections. The marriage of historically rich references, coupled with the sculpture’s exaggerated scale and appearance make Balloon Venus Dolni a quintessential work by the master of contemporary art, Jeff Koons.