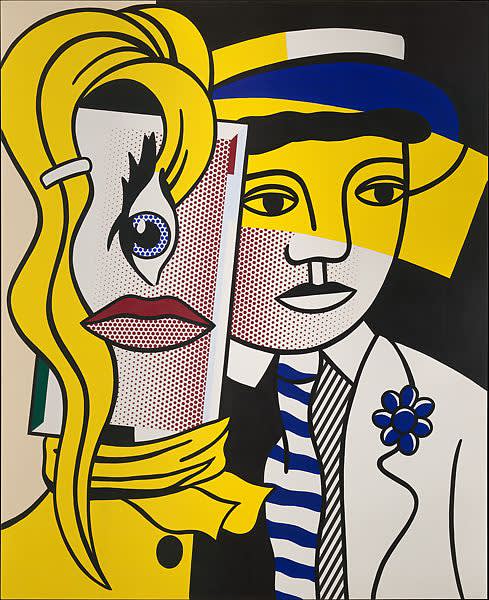 Visual and stylistic techniques are instrumental to both art making and art consumption. Artistic methods utilize these techniques as aesthetic tools and points of reference to external influences and experiences. Ben-Day dots – a term coined to describe small colored dots, typically in cyan, magenta, yellow, and black, that are variously spaced and combined to create shading and complete images – represent said stylistic duality.

Developed in the late 19th century by illustrator and printer Benjamin Henry Day, Jr., Ben-Day dots are widely recognized today within the canon of contemporary art. While often compared with halftone dots or the earlier post-impressionist technique of painting known as pointillism, Ben-Day dots are noted for their equalized size and highly intentional distribution, as well as their association with mass production and commerciality.

Benjamin Day was an American Newspaper Publisher who developed the ‘Ben-Day’ printing and photoengraving technique in 1879. While the Ben-Day process is commonly described in terms of dots, other shapes were also included in the model, such as parallel lines, textures, irregular effects, and waved lines. Day’s technique was first applied onto newspaper images, spurring the eventual collaborative relationship between the dots and newspaper/comic culture. In particular, the latent mechanical model of the Ben-Day dot technique has allowed it to be a reference for numerous other art forms. Before the technique was adopted into fine art, it was predominantly seen in comic strips, newspapers and comic books. However, as faster and cheaper printing methods geared towards mass consumption were developed, Ben-Day dots became better suited for the more conspicuous world of fine art.

Technically, Ben-Day dots can vary in color, size and spacing depending upon the intended effect and desired means of optical illusion. As such, 1950s and 1960s pulp comic books utilized cyan, magenta, yellow and black Ben-Day dots to inexpensively create shading and secondary colors such as green, purple, orange and flesh tones. The dots could vary in spacing or be overlapped to create different visual effects for the desired image. Before applying the dots, artists would purchase transparent overlay sheets, which were available in a variety of sizes and distributions, allowing for a great range of tones, depth and dimensionality when rendering an image. In particular, this overlay material was cut into the shapes of the tonal areas desired, providing shading once the final image was photographically reproduced. 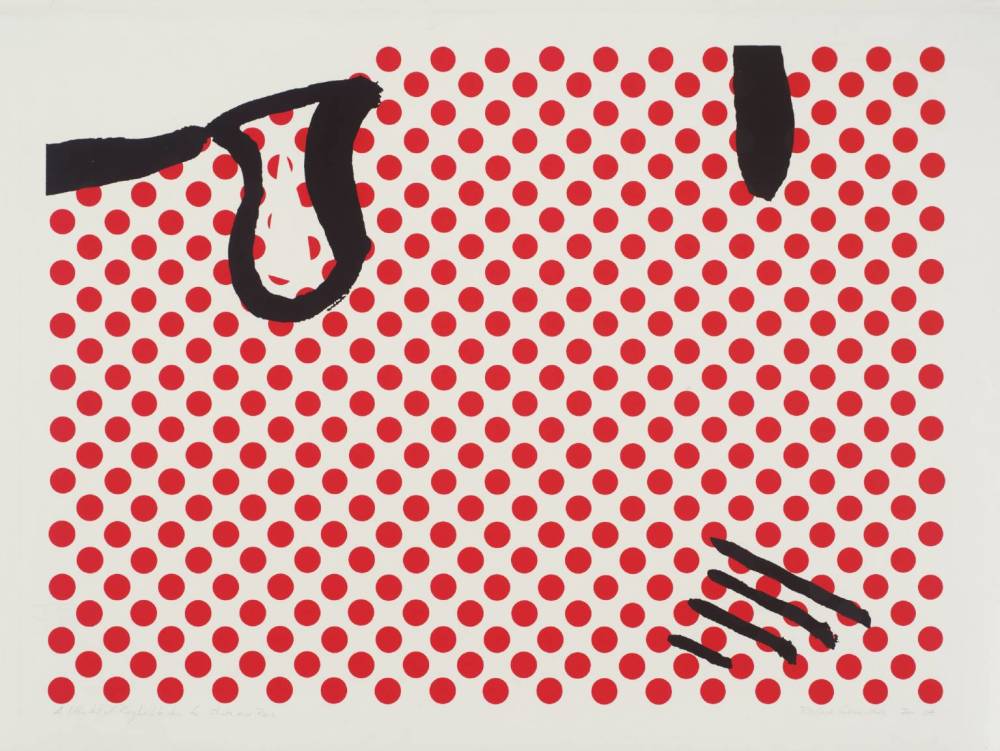 A little bit of Roy Lichtenstein, 1964 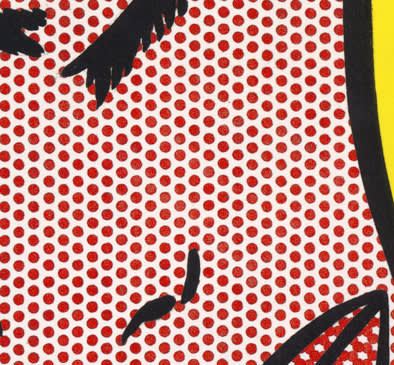 The Ben-Day dot technique can be found in the work of various 20th century artists, resulting in the method being associated with high culture. Pop painter Roy Lichtenstein, in particular, is notorious for his usage of Ben-Day dots to create images that strikingly reference both the physical technique of comic book art and the quick-witted characters displayed in them. Lichtenstein enlarged and exaggerated the dots, creating his own interpretations of contemporary comic book and magazine images, while popularizing the dotted technique in doing so. Likewise, Andy Warhol’s ‘Most Wanted Men’ series from the early 1960s also employs the Ben-day dot methodology, creating a contrast between criminal mug shots and comic book visuals. 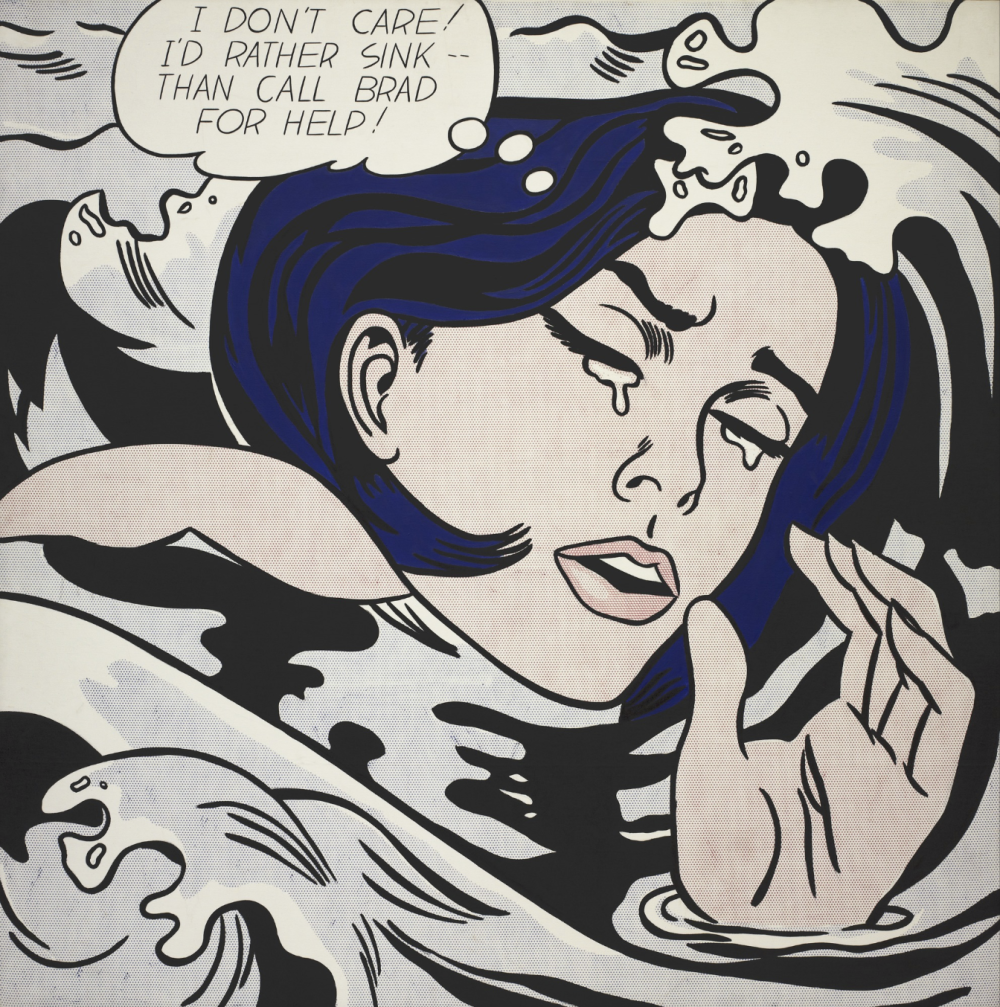 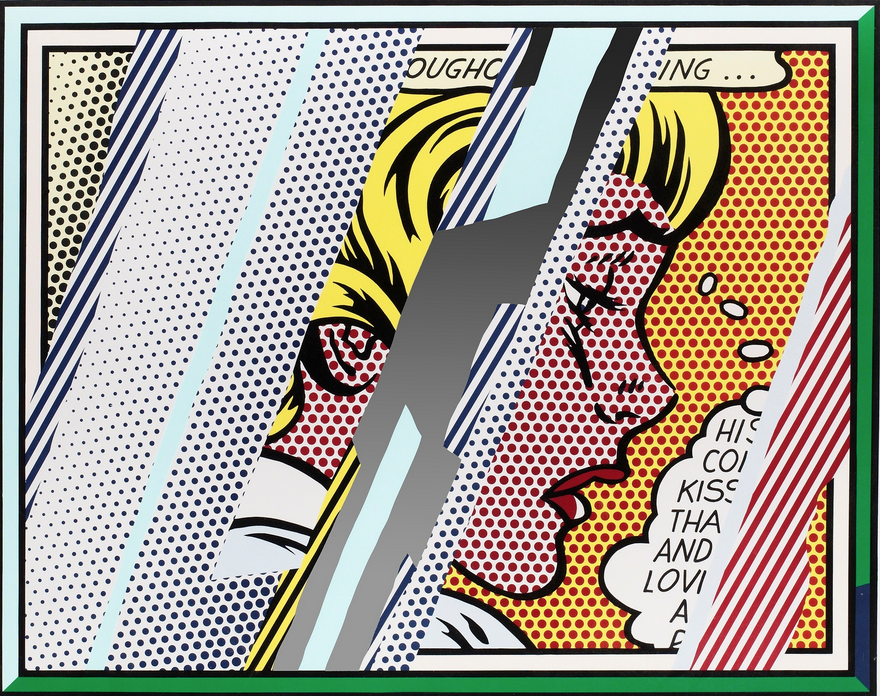 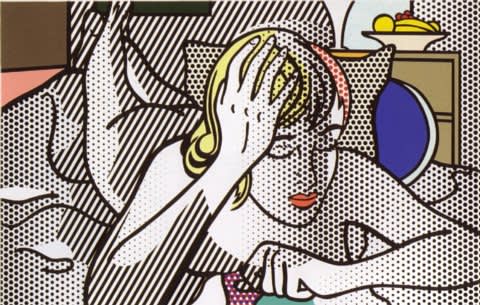 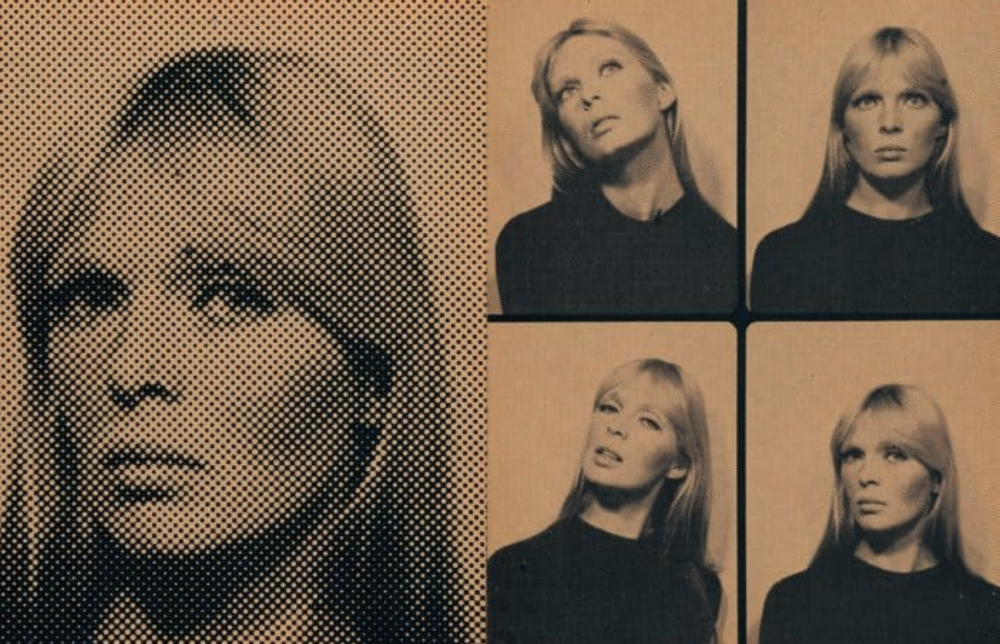 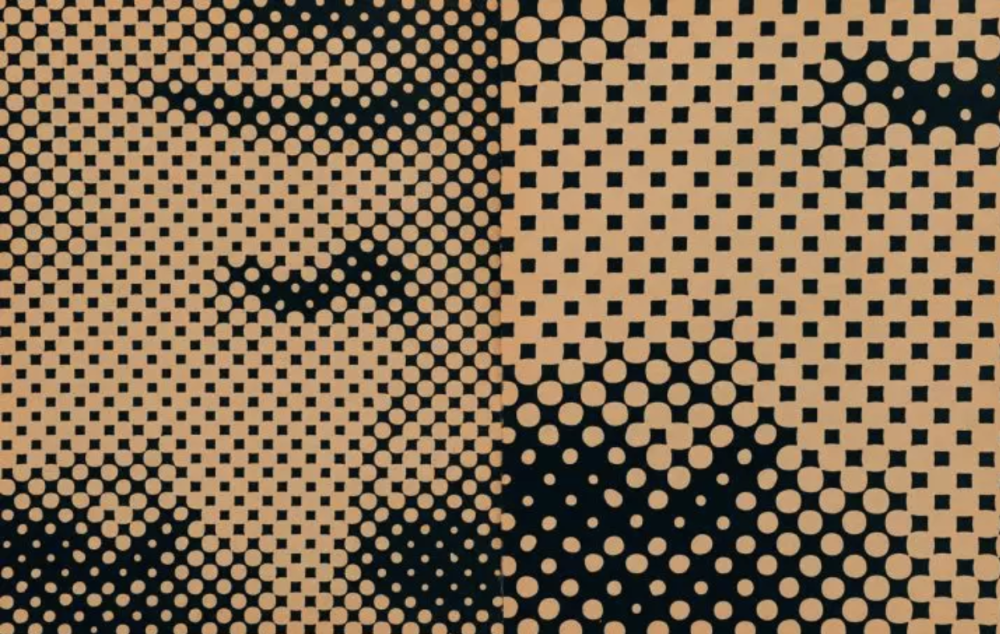 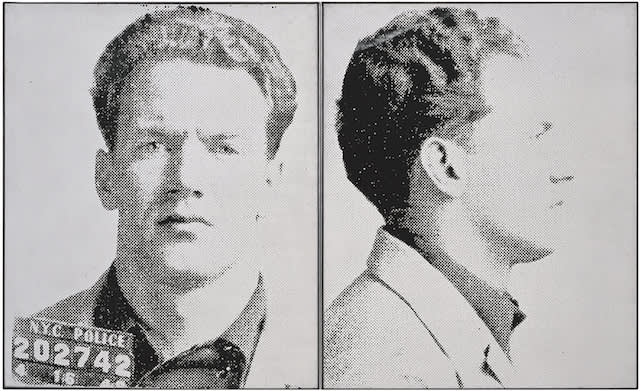 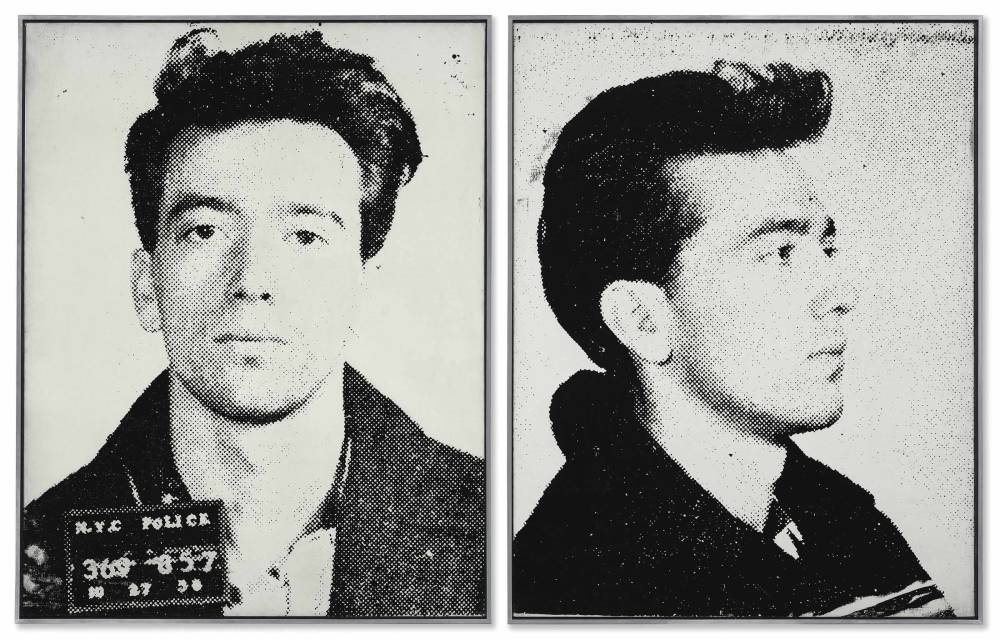 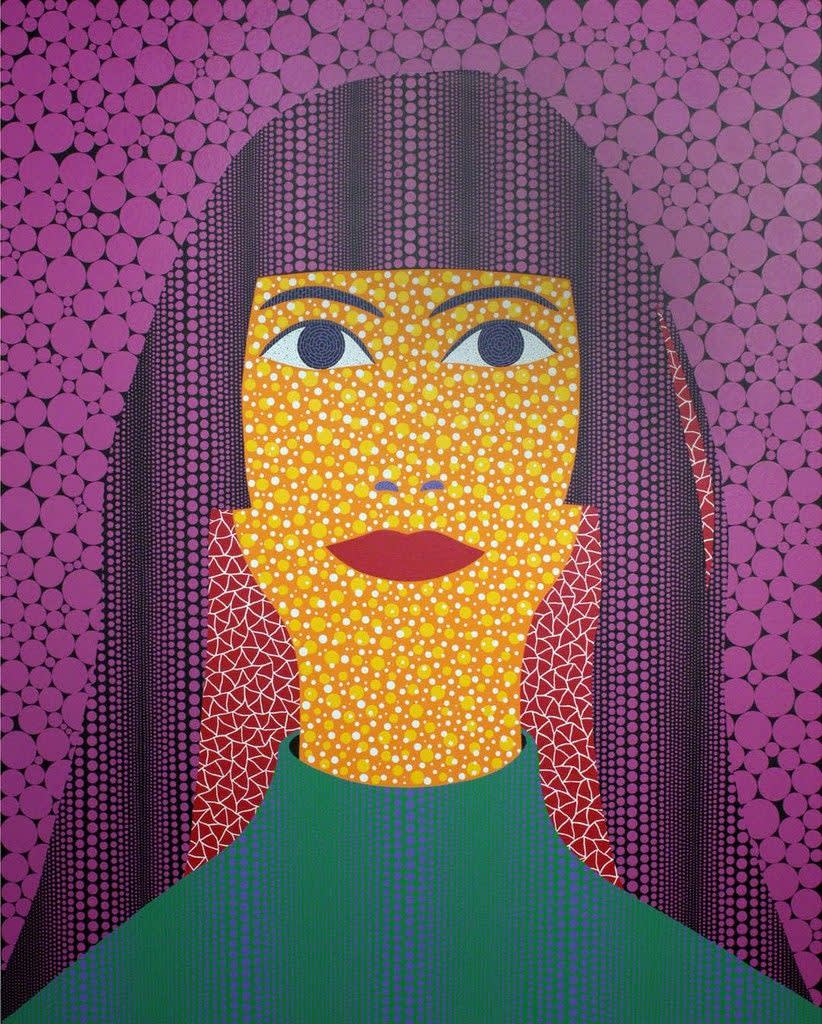 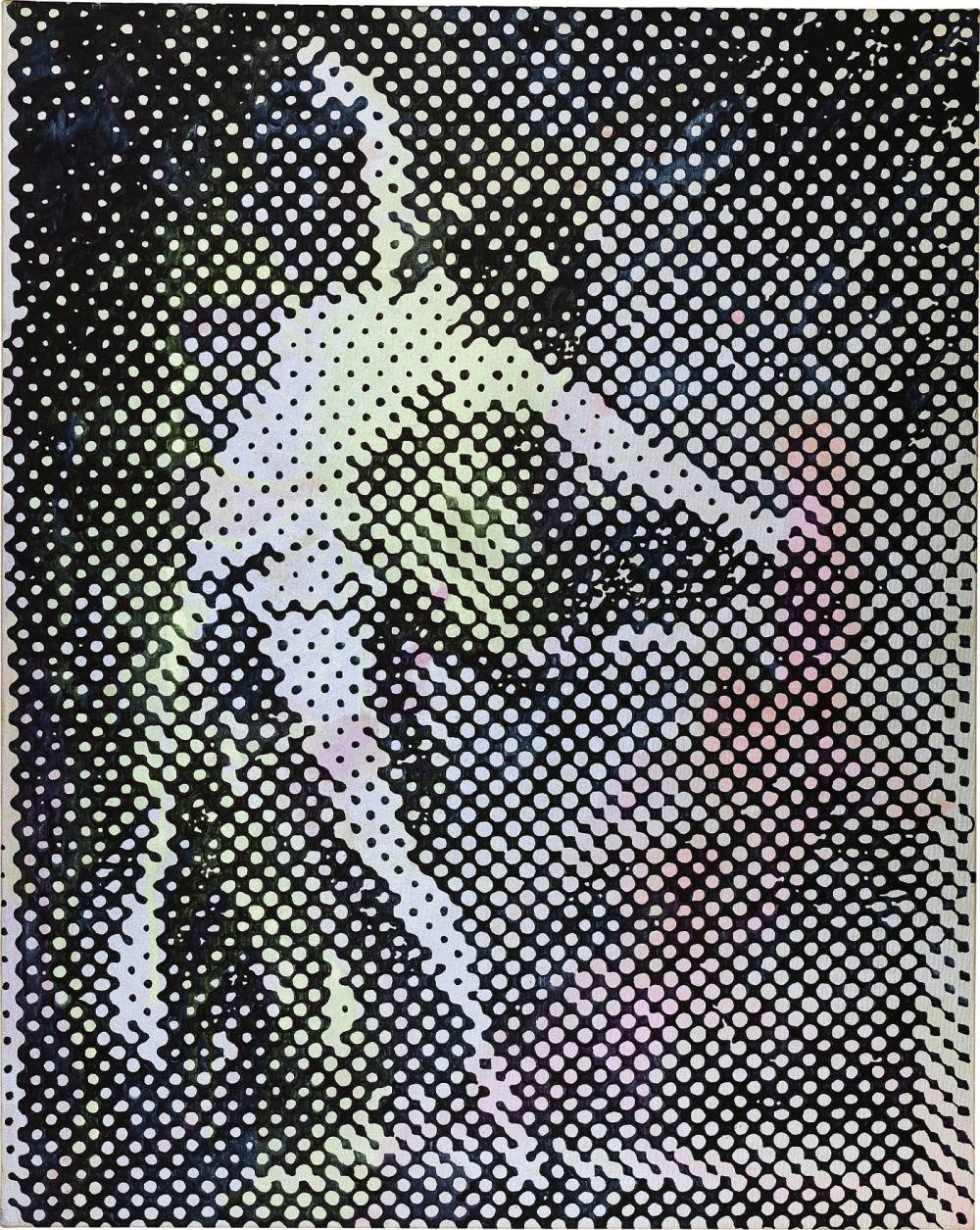 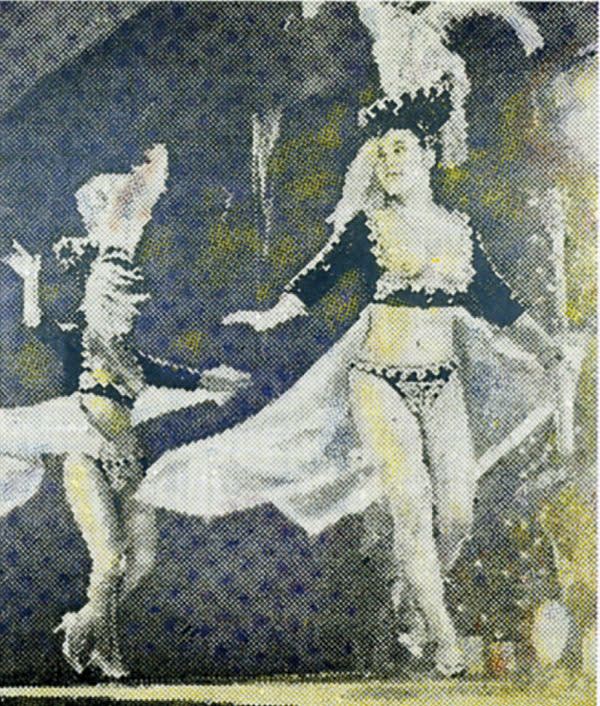 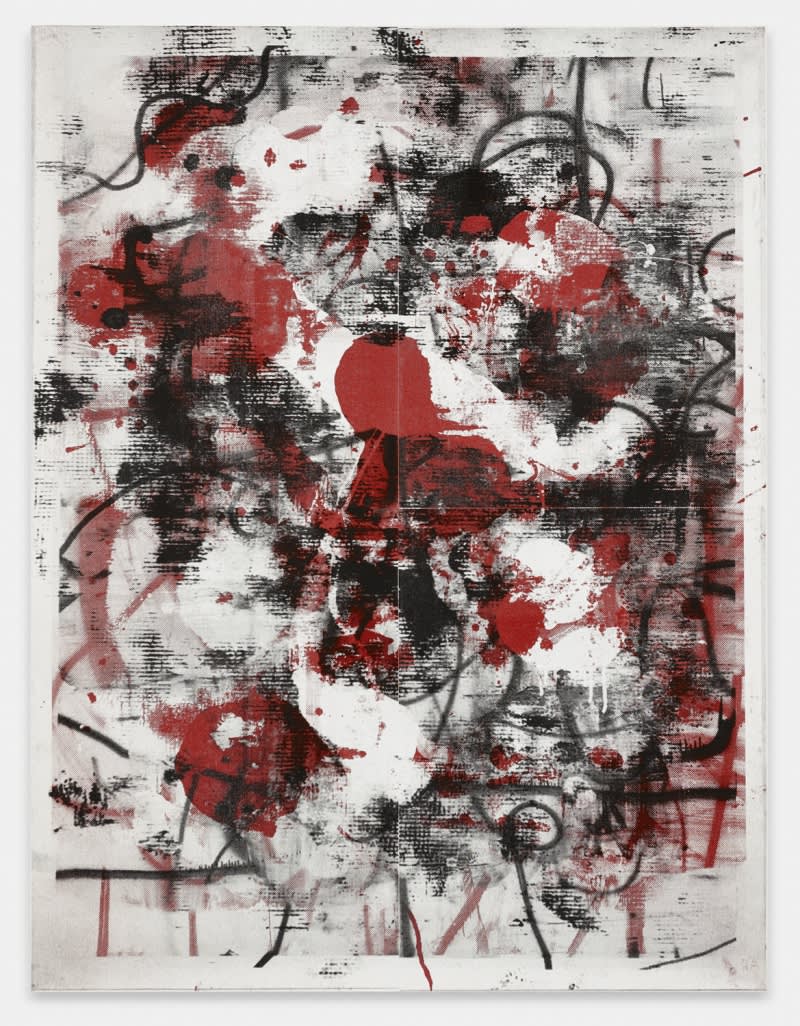 Ben-Day dots have transitioned from a technique associated with mass production and commerciality, to a highly regarded method within the realm of fine art. Through this adaption is a greater underlying theme of consumer culture within the context of high art. As comic books and comic strips continue to utilize Ben-Day dots, questions surrounding the labeling of high versus low art emerge. The acceptance of Ben-Day dots into the realm of fine art speaks to societal tendencies to accept structures that are established by those who we consider to be cultural creators, regardless of their class or category. 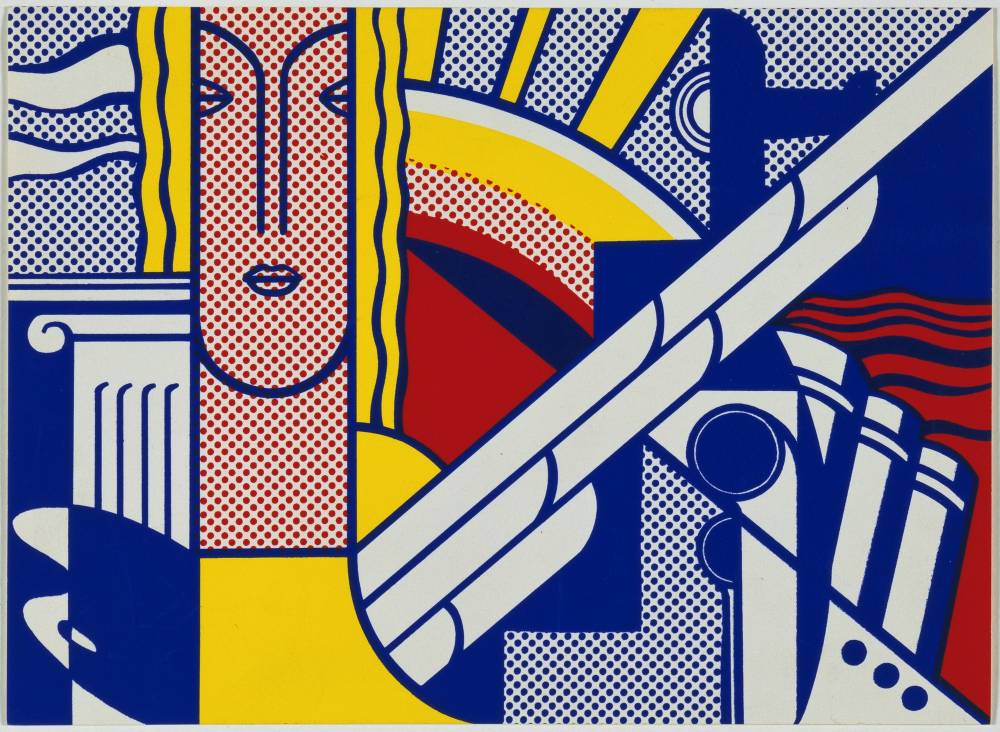