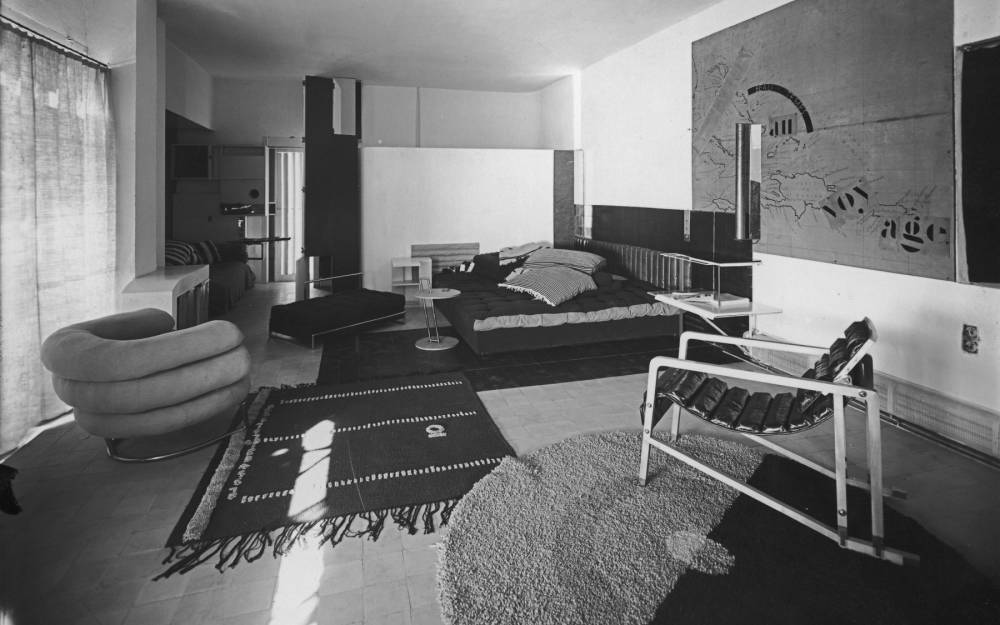 Eileen Gray’s modernist villa E-1027 in Roquebrune-Cap-Martin, France, was designed and built between 1926-29. This was the first major architectural work by the female Irish furniture designer, marking a turning point in Gray’s career.

The home, while compact in size, blurred the habitual lines between a building’s exterior structure and its decorative elements inside. Gray created a number of pieces within the house that later became some of her most commercially successful designs, such as the “Bibendum Armchair” and a useful breakfast table with an adjustable top that caught crumbs, allowing the user to eat freely in bed with no remaining mess. Both pieces had elements of tubular steel, a material that Marcel Breuer was working with at the time.

The name of the villa, ‘E-1027’ was a code between Gray and her then lover, Romanian architectural critic Jean Badovici. The code works out as follows: E stands for Eileen; 10 represents Jean, J being the 10th letter in the alphabet; 2 is for the B in Badovici, the second letter in the alphabet; and 7 represents Gray, G being the 7th letter. While the pair later split, Swiss-French architect Le Corbusier visited the house often, decorating its white walls with colorful murals and often paintings in the nude.

Le Corbusier Painting in the Nude

Le Corbusier in front of his mural, 1939