From Marisol to Meebits 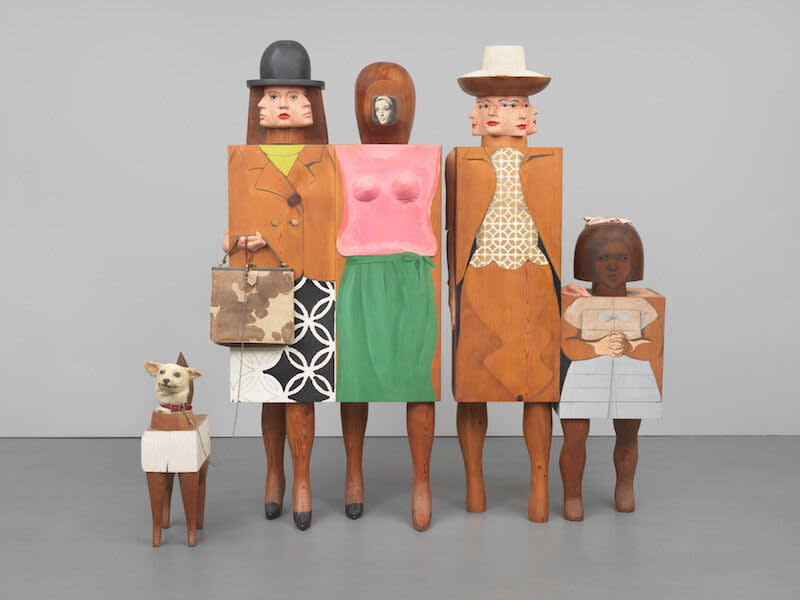 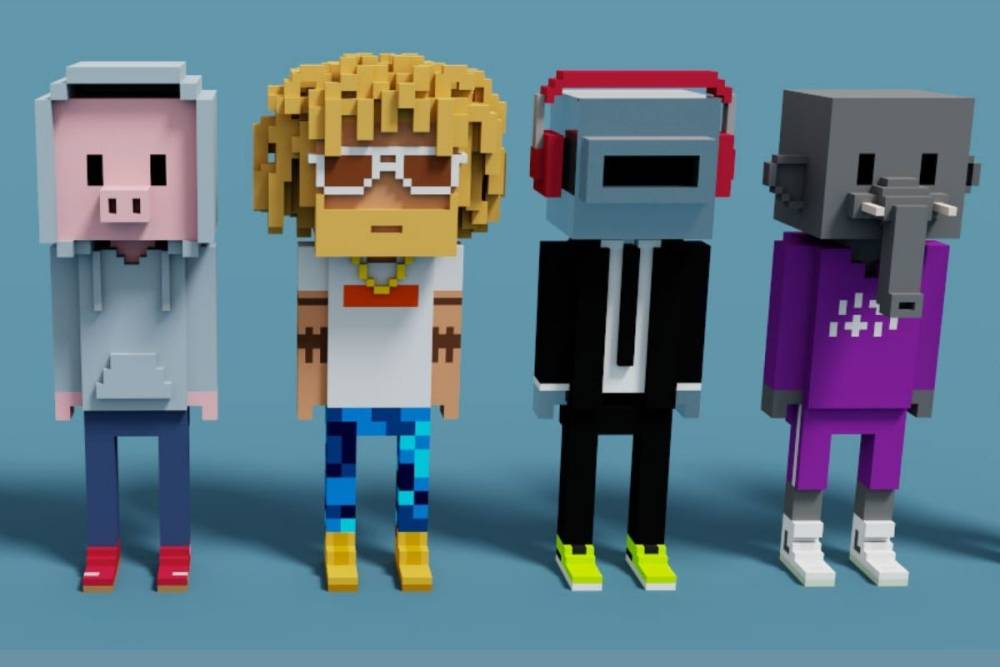 Marisol Escobar’s most recognizable and uniquely thrilling works—life-sized totems made in a pop art-ish collage of wood sculpture, paint, paper, textiles, and found objects—may have lost attention and faded into obscurity since the artist’s peak market, but in the age of NFTs, Marisol’s boxy figures are capturing the attention of digital artists, consciously or not, and experiencing a much-deserved revival.

Marisol Escobar, a Venezuelan-American sculptor, became a ubiquitous figure of the 1960s Pop Art movement. Largely influenced by the school of Abstract Expressionism that arose in 1950s New York City, as well as associated figures like Willem de Kooning, in 1953, Escobar took up sculpting after gaining inspiration from pre-Columbian art at an exhibition. Pre-Columbian art would continue to influence Marisol, resulting in the unique blend of pop and folk art that characterizes much of her work. 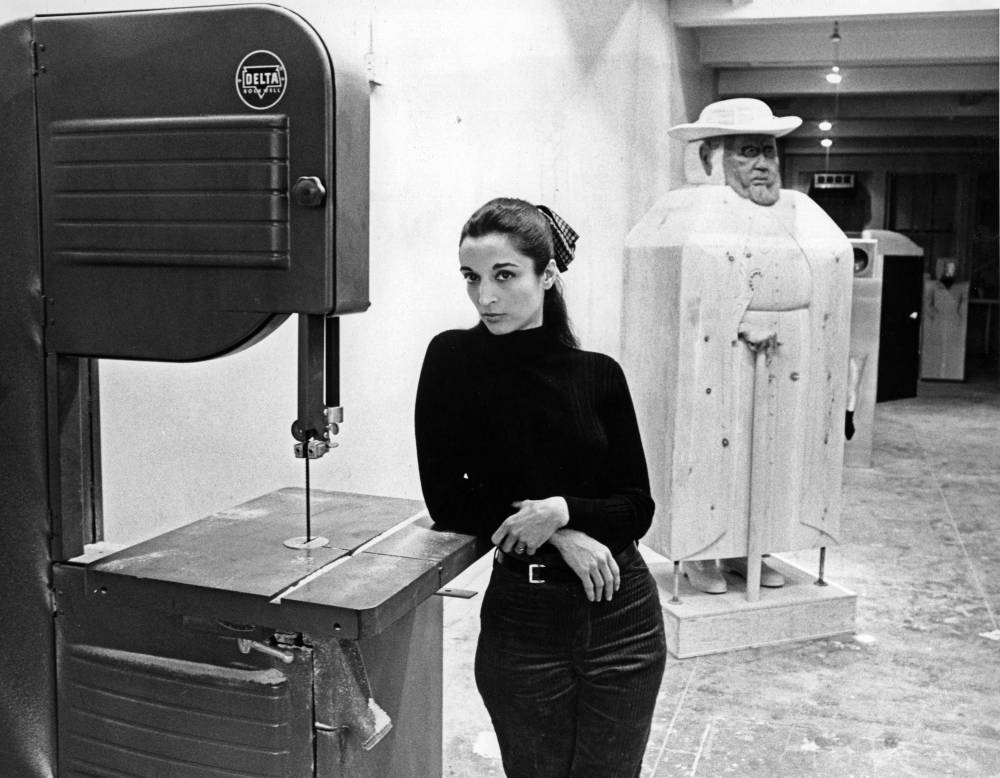 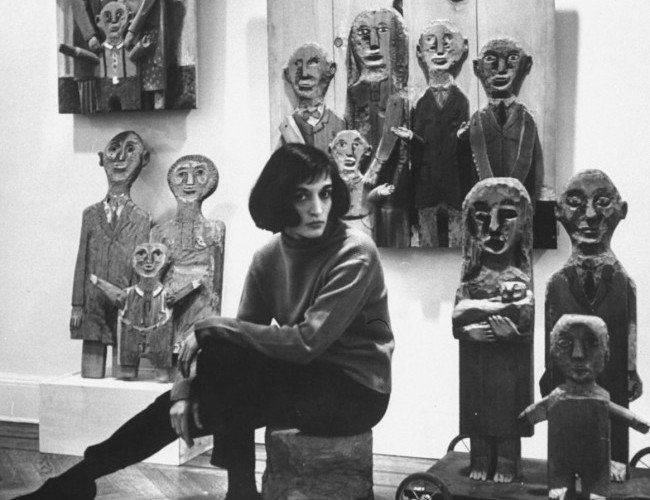 Marisol Escobar rose to fame after drawing the attention of legendary art dealer Leo Castelli. Following her first solo exhibition in 1962, Escobar gained public acclaim when her work was then featured in LIFE Magazine. She reached an even wider audience thanks to her friendship with Andy Warhol, who cast Escobar in two of his 1964 films: ‘Kiss’ and ‘The 13 Most Beautiful Women’. 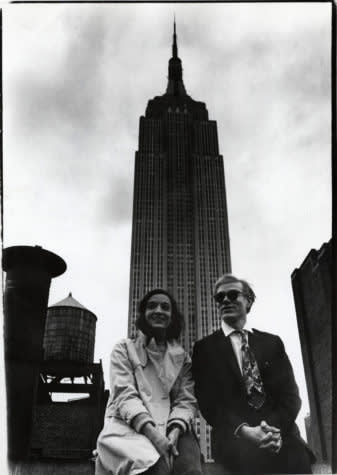 Andy Warhol and Marisol with the Empire State Building, 1965

Escobar would travel frequently, withdrawing herself from the New York art scene, while continuing to produce works sporadically for decades to come. The 1970s saw Marisol focusing on applying her quizzical sculptures to portraiture and creating homages in totemic form of artists including Picasso, Duchamp, O’Keefe, and de Kooning. In the 1980s, Marisol’s works turned to address issues of poverty, religion, women’s equality, and social justice, while in the 1990s she began a series of sculptures of famous Native Americans. Themes that dominated Marisol’s oeuvre include religion, folk art, and American life of all types, from the Kennedys to humble farmers. Though her work is often associated with 1960s Pop art, it is distinct from the commentary on mass media that is typically associated with movement, aligning more closely to the styles of folk art she experienced throughout her travels. 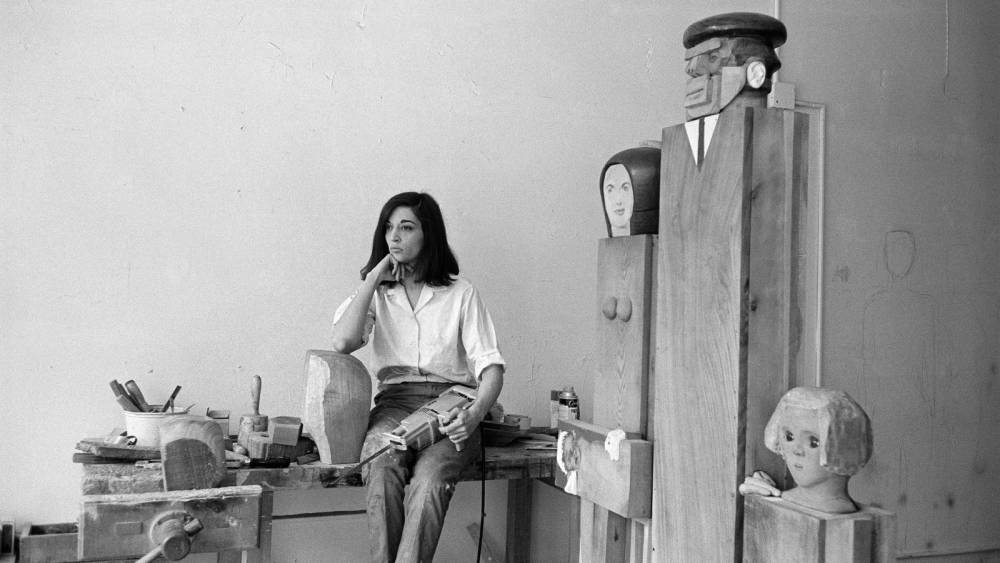 With her sculpture 'The Kennedy Family', 1964

While Marisol is a largely unknown artist compared to her mid-twentieth century contemporaries, her hallmark style is without question experiencing a much deserved revival. The geometric, cubist nature of Marisol’s work strongly resembles voxelized media, especially in popular games of today like Minecraft. With the innovation of NFTs, the spirit of Escobar’s work has been translated into unique avatars called Meebits. 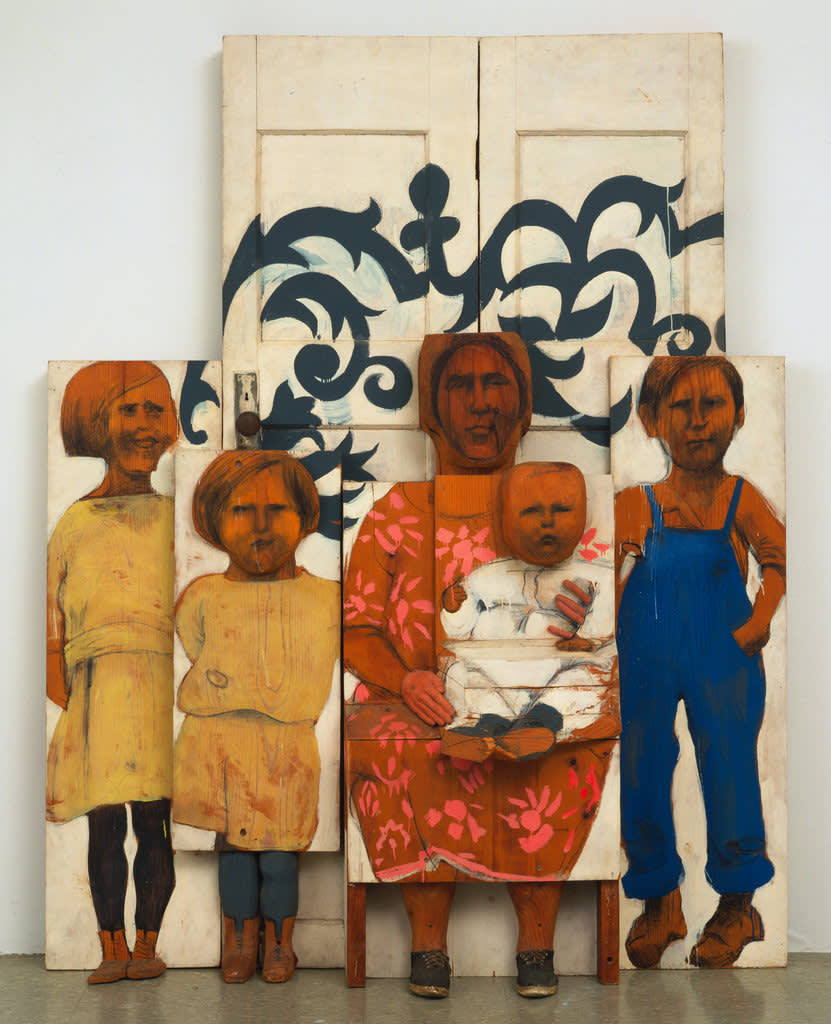 The latest project by Larva Labs, Meebits are unique 3D voxel characters that are sold as NFTs. Similar to Larva Labs’ popular collection of CryptoPunks, Meebits use voxels rather than pixels. Upon their initial release in May 2021, Meebits generated $75 million (converted from cryptocurrency) in trading value; that number has since grown to over $300 million.

With the total number in circulation never exceeding 20,000, Meebits make for the ultimate collectibles, and can be rendered, 3D printed, or used as avatars, Likewise, Marisol’s 1984 work, ‘Self-Portrait Looking at the Last Supper’, sees Escobar place her own “avatar” within a sculpted 3-dimensional recreation of Da Vinci’s The Last Supper. Consider it folk art of the future, in many ways, Marisol’s work was a precursor to these voxelized characters taking over the contemporary art world. 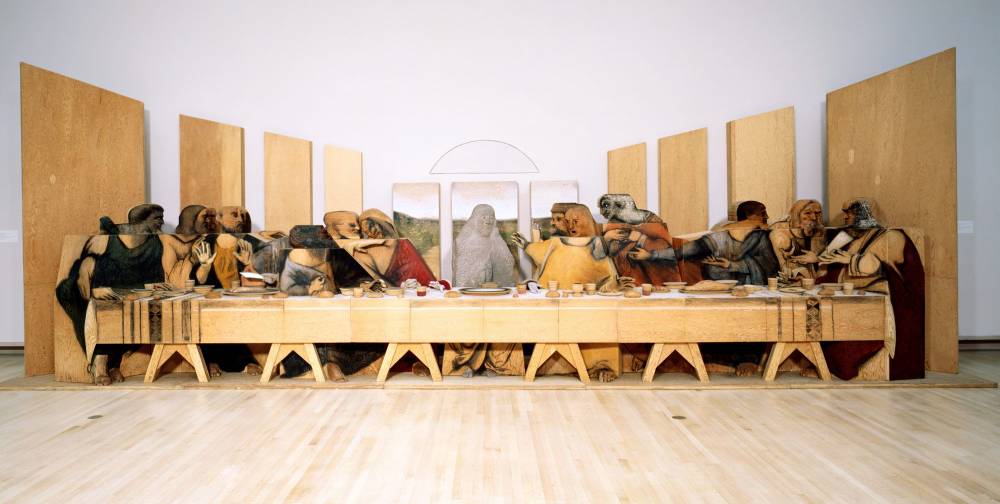