The Birth of Dada 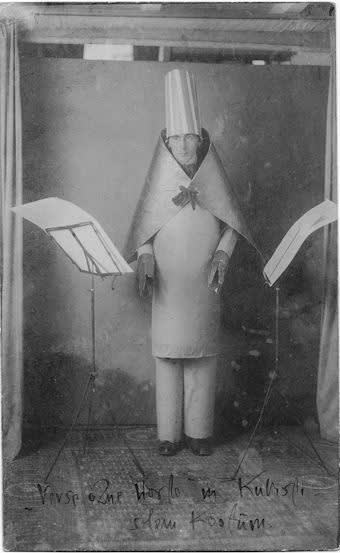 Times inhabited by social and political turmoil can spark vivacious moments of togetherness and creativity, as demonstrated through the founding of Zürich’s Cabaret Voltaire in 1916.

Throughout the early 20th century following the outbreak of World War I, refugees across Europe, many of whom were artists, flocked to the neutral country of Switzerland for shelter. Two such examples were cabaret signer and poet Emmy Hennings and German author and artist Hugo Ball. The pair, who met in Munich, Germany in 1915, immediately fell in love and fled to Zürich to escape war-induced chaos. By February 1916, the ambitious couple opened The Cabaret Voltaire, an influential artistic nightclub named after the French writer and philosopher of the Enlightenment, Voltaire. 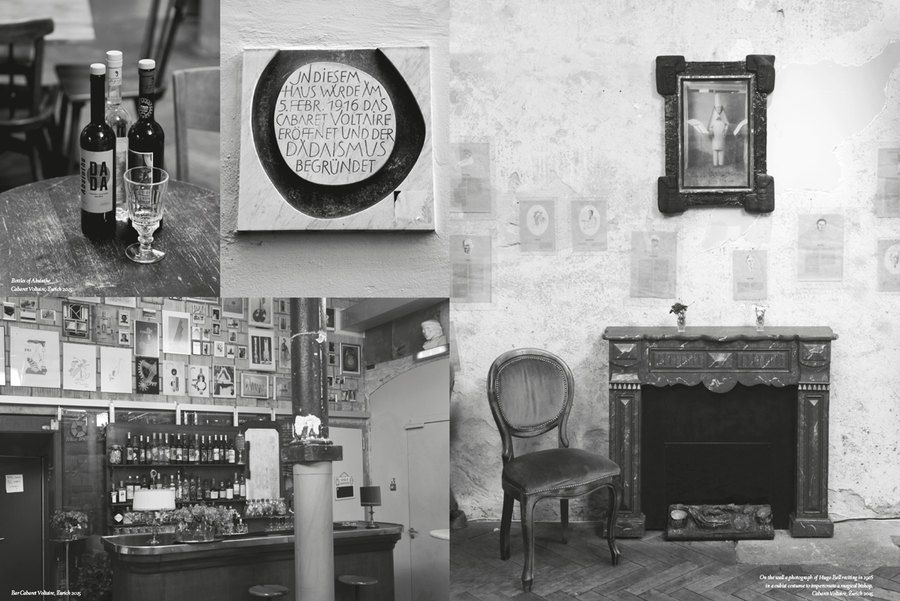 Through the Cabaret Voltaire, a group of likeminded young artists and writers came together with the common objective of the site becoming a center for artistic entertainment. The Cabaret offered musical and dance performances, as well as poetry and spoken word. Events were often chaotic yet welcoming, and always unpretentious, with audience members just as often baffled as intellectually invigorated and engaged by each artists’ attempt to mirror the turmoil of the tumultuous times in which they were living. 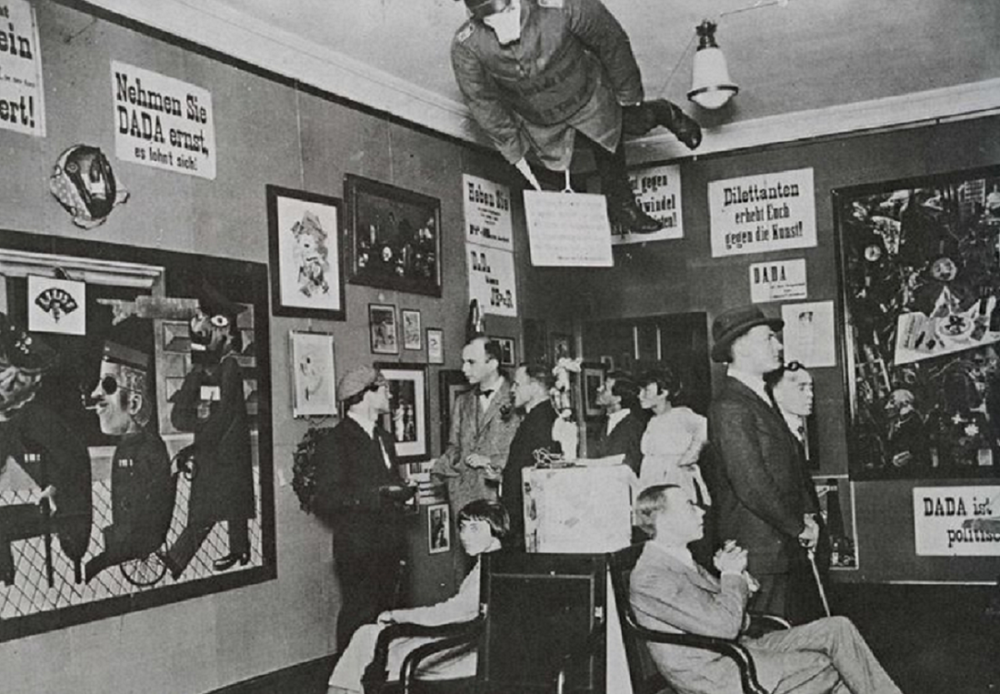 While the Cabaret Voltaire was open and active for less than a year, it’s founding proved pivotal to the establishment of the European avant-garde artistic movement known as Dada. The Dada movement consisted of artists who collectively rejected the logic and reason associated with capitalist society, instead favoring anti-bourgeois ideals centered on chaos and nonsense. Hugo Ball, founder of the Cabaret Voltaire and leader of the Zürich-based early Dadaists, articulated their philosophy as one that wished to refuse and destroy the rational language of modernity, which to them symbolized the death and decline of creativity. Dada artists expressed these sentiments through a variety of media, including sound, collage, writing, sculpture and performance. 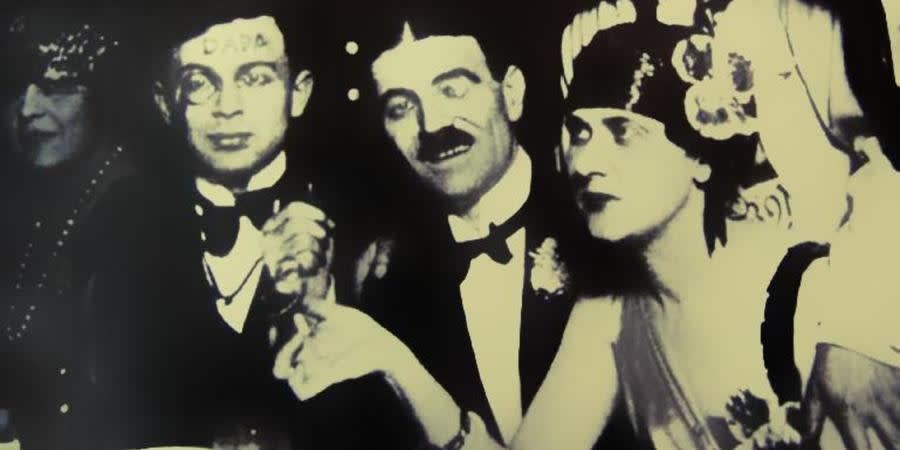 As a site of artistic experimentation, the Cabaret Voltaire brought together key members of the Dada movement and openly welcomed non-Dada artists, including notable Italian Futurists, Russian Abstract Expressionist Wassily Kandinsky, and German Surrealist Max Ernst. During its few months in operation, the Cabaret Voltaire brought together a variety of artists, either in person or in spirit through their work, who engaged collectively in free artistic and political expression through the anarchic activity generated by the founding of Dada. 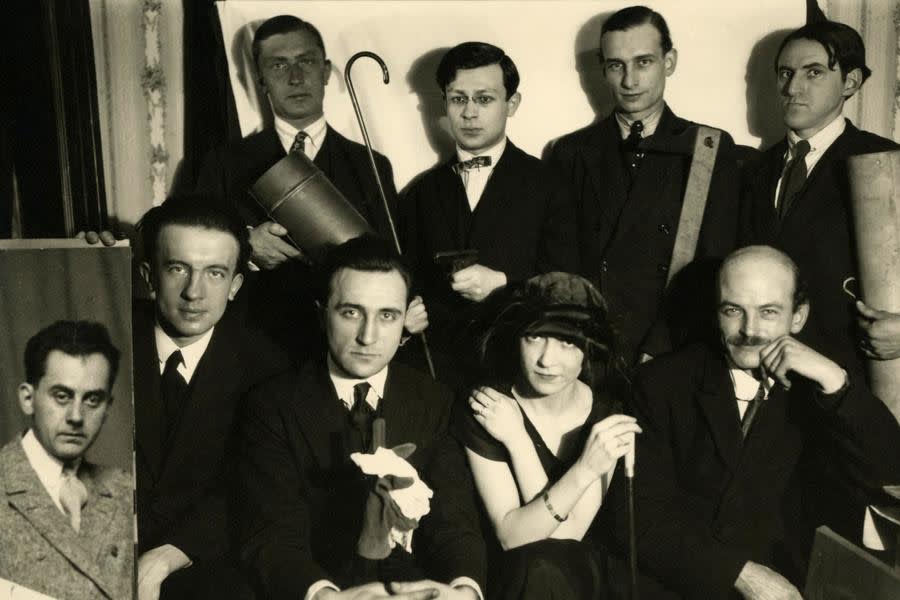 The Original Group of Dadaists

While The Cabaret Voltaire officially closed in the summer of 1916, after being open for less than a year, its impact cannot be gazed over or reduced. It was, for a brief time, the vital pulse of avant-garde culture and laid the foundation for the development of Dada.