The Frankfurt Kitchen was a concept devised by Austrian architect Grete Schütte-Lihotzky in the 1920s in an effort to aid working class families displaced by the war.

As part of an initiative to construct affordable public housing to service displaced individuals throughout Germany, Schütte-Lihotzky developed the Frankfurt Kitchen model as a low cost, highly efficient answer in the field of domestic planning and architecture; rethinking homes afresh through organizing a new type of lifestyle, one that favored freedom over irrelevant, household clutter. Heralded as the precursor to modern fitted kitchens, the Frankfurt Kitchen’s standardized, unpretentious and socially oriented plan was focused on optimizing space, time and function. 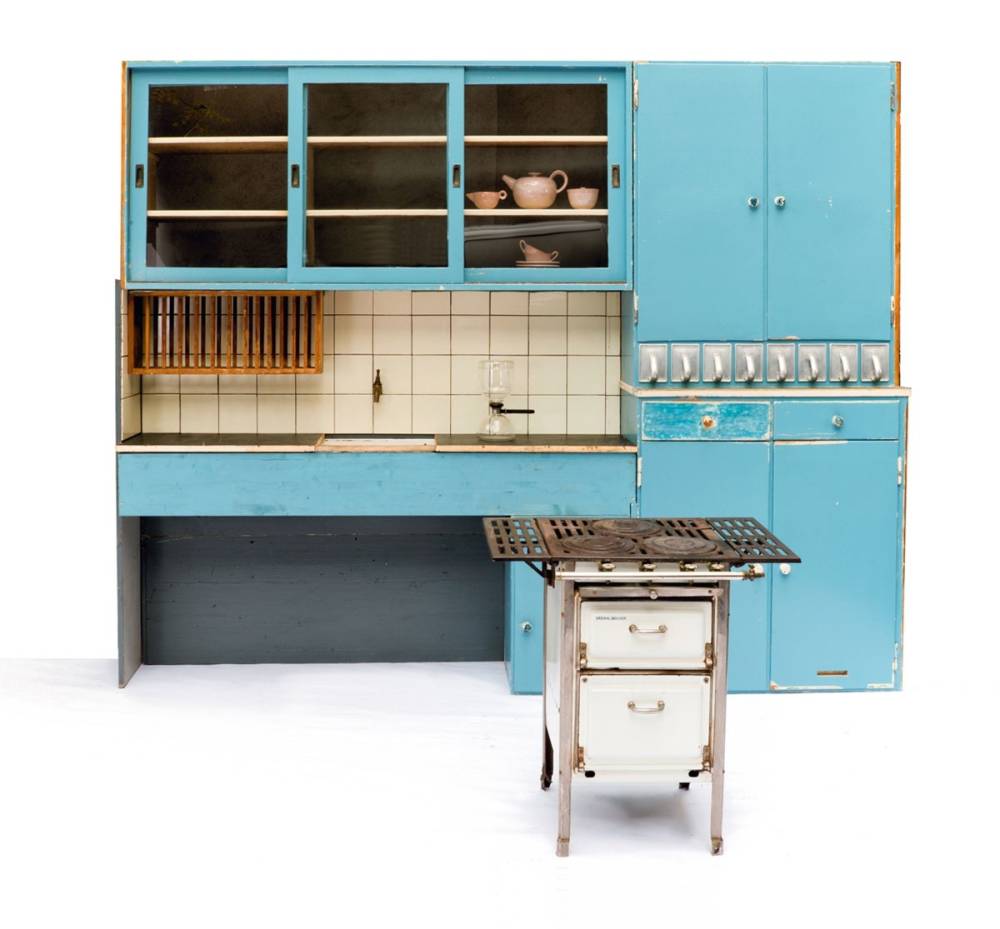 The kitchen, narrow in design to minimize steps needed while working, was equipped with a swivel stool, labeled storage bins, aluminum poring bins, a removable waste drawer built within the counter – as a place to discard scraps and keep order – tall units for effective storage utilizing cubic feet in the compact space, and an ironing board that, when not in use, could be folded against the wall. Careful thought was given to the materials used throughout the kitchen, each serving a specific function – oak containers to repel worms and beech cutting surfaces to withstand staining and knife incisions. 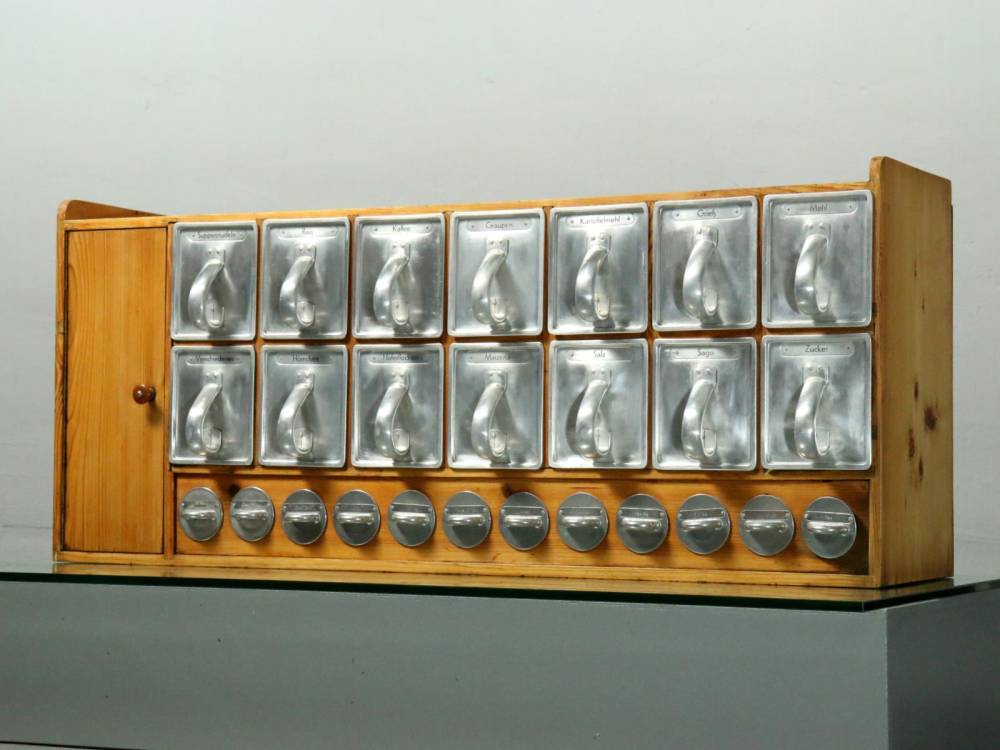 Cabinet with 14 Drawers and 12 Spice Glasses

Upon its inception, 10,000 initial kitchens designed to Schütte-Lihotzky’s specifications were built, outfitting new dwelling units across Germany. While the design quickly evolved, spreading throughout Europe as well as internationally, aspects of the Frankfurt Kitchen are still employed today as early marvels of domestic efficiency and layout. 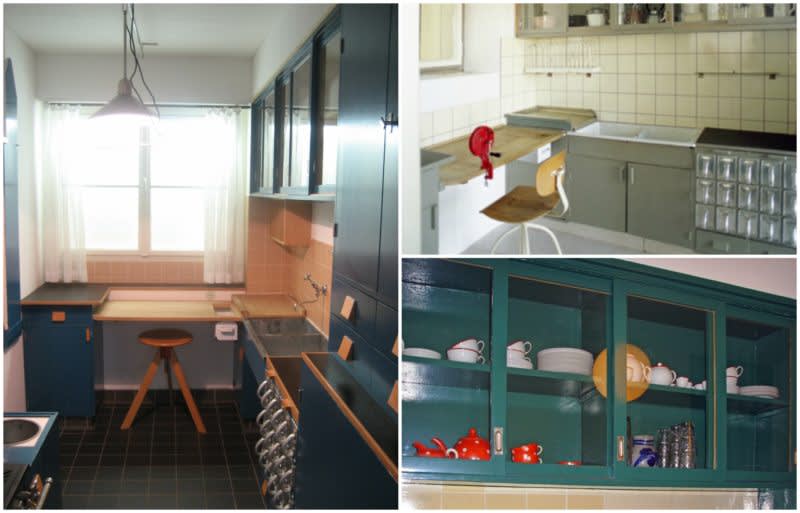