The Rise of Abstract Expressionism 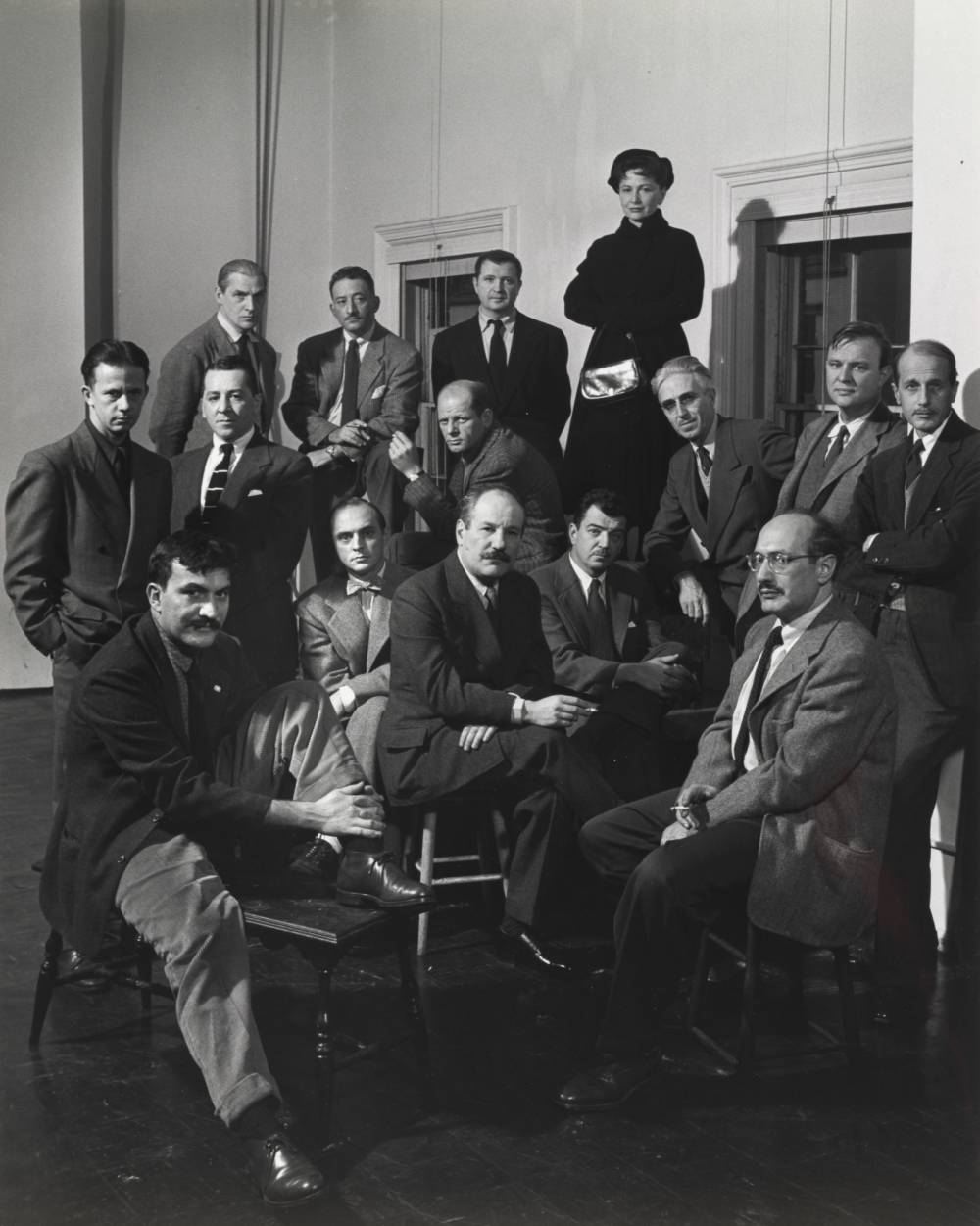 In 1950, a group of America’s leading artists collectively wrote an open letter to the Metropolitan Museum of Art’s president Ronald L. Redmond, in rejection of the museum’s exhibition, 'American Painting Today - 1950'.

Throughout the 1930s during the outbreak of World War II, New York City became a second home to a number of Europe’s most promising young artists. Following this influx of creative talent and prominent patrons – Peggy Guggenheim and her then-husband Max Ernst, for one – The New York School (a term coined by Robert Motherwell) was founded. As artists like Jackson Pollock and Clifford Still were receiving the support of collectors and opportunities for groundbreaking solo shows from Guggenheim and Betty Parsons Gallery, agreements were being made between two of New York’s major institutions for the arts.

In 1943, an agreement was signed between the Whitney and MET that the two museums would combine their collections in a new building, funded through an endowment established by Gertrude Vanderbilt Whitney. It was agreed upon that the Whitney would concentrate on collecting American Art while the MET’s acquisitions would be geared towards what was referred to as “classic” art. In October 1948 the pact unraveled and two short months later the Metropolitan Museum of Art announced it would form its own Department of American Art.

To ignite buzz surrounding their newly founded department, the MET launched a nation-wide competitive exhibition titled American Painting Today – 1950, in which the museum asked American artists to submit a single work for review, judged by a predetermined panel of experts.

Following a closed symposium in April 1950, a group of New York’s leading artists decided they would join forces to protest the competition being held at the MET, specifically on the grounds of the conservative bias of the assembled jury. Written by Adolf Gottlieb over the course of three weeks, a final version of their open letter of rejection was sent around for signatures, amassing a staggering 28 in total. 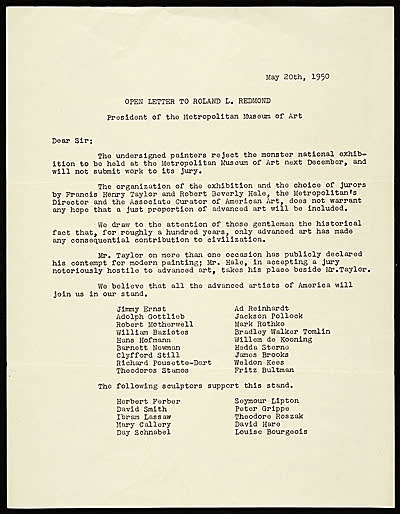 In May 1950, with the support of artists like Mark Rothko and Willem De Kooning, Barnett Newman hand delivered the signed letter to the city editor of the New York Times. The letter, titled “OPEN LETTER TO RONALD L. REDMOND,” ran on the front page of the Times on Monday, May 22nd. Immediate backlash ensued and the MET issued a rebuttal the following day published in the Herald Tribune.

As people took sides opinions became more divided. The following January, Life Magazine published a photo story documenting the feud, featuring an image of the protesting artists. Fifteen of the original signatories were present for the shoot, with art direction left up to the subjects; the artists chose to arrange themselves in a tight group, with the intent of looking like bankers.

The resulting photograph ran in the January 15, 1951 issue of Life Magazine, representing a passionate group of artists, committed to keeping the avant-garde tradition alive. Shortly after publication the group began to unravel, but the photograph lives on today as THE singular image representing the hugely influential artistic movement known as abstract expressionism.