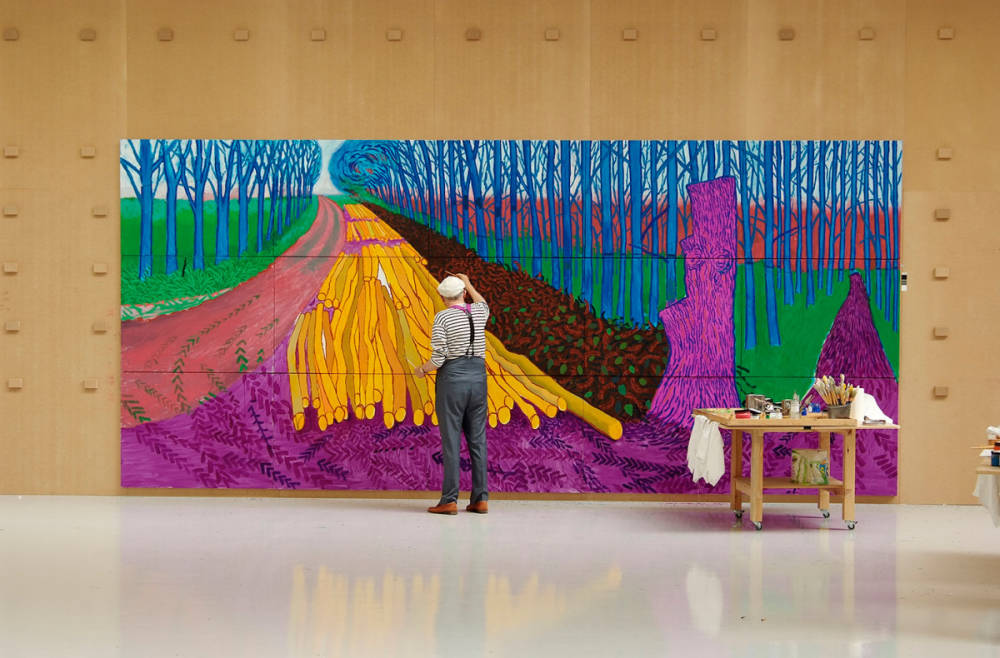 The work of Exhibition On Screen offers to our museum cravings a comprehensive documentary style artist and art exhibition dialogue. In this one, they surveyed the great David Hockney. The film, composed of about an hours worth of video interviews, focusses in particular on two shows curated by Edith Devany: A Bigger Picture (2012) and 82 Portraits and One Still Life (2016). Each focuses on a dynamic but identifiable range of the British Painter’s work. And the film, directed by Tim Marlow, uses both of these shows to dig into Hockney’s artistic process and creative mind. 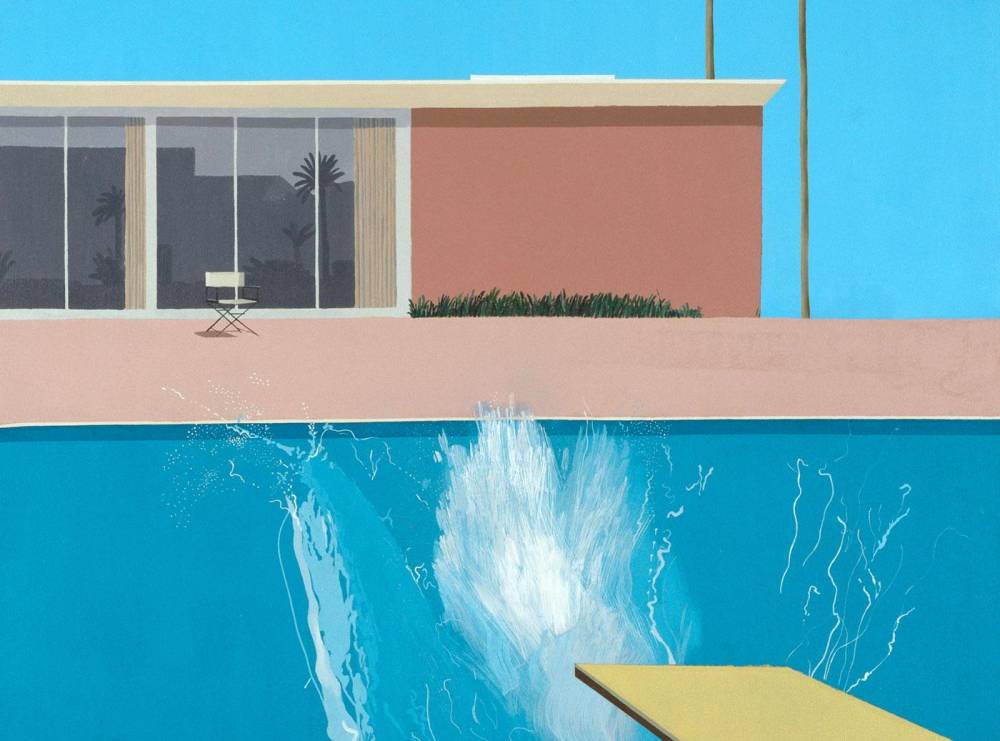 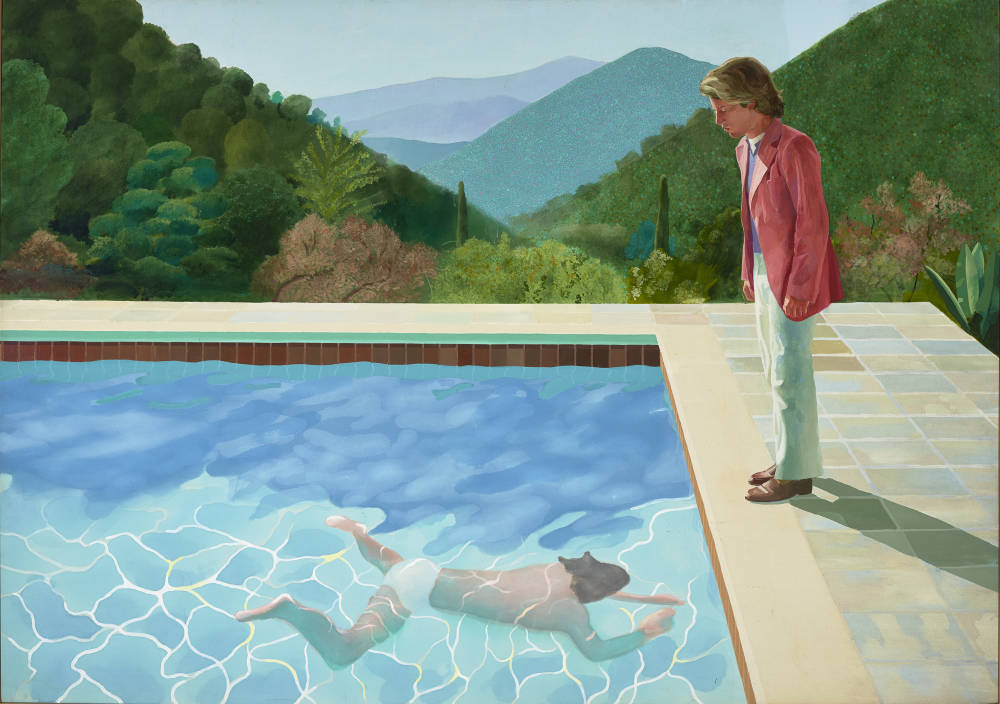 Portrait of an Artist (Pool With Two Figures), 1971

Through looking at these works and hearing a story, Exhibition On Screen shares Hockney’s art almost as the world through the artist's eyes. It is altered, highlighted, saturated, and undoubtedly beautiful. We gain perspective on his entrance into British Contemporary Art just after World War II and the influence he has had internationally since then. In these ways, the film offers an understanding of Hockney from a curatorial and art historical point of view. But moreover, it allows us to hear the artist as we might begin to understand the way his work pertained to the overlap in his visual and felt experiences of the world. In speaking to both his landscape and portrait works, he dives into the idea of creating a language for a space or person out of “marks”. 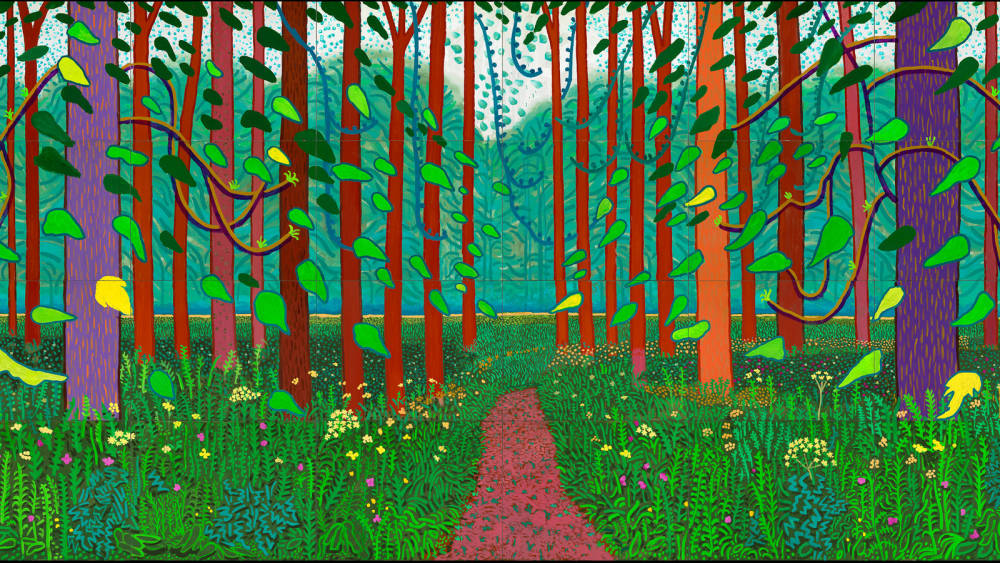 The Arrival of Spring in Woldgate, 2011

Released just this past April, ‘Exhibition on Screen: David Hockney’ offers insightful and educational storying of Hockney, his masterful work, and ability to define British art. And moreover, it displays an inspirational recounting of a man who dared to see his world and its people a bit differently. David Hockney finds light, color, and catharsis in his work, and as his viewer it is easy to join him on that journey. 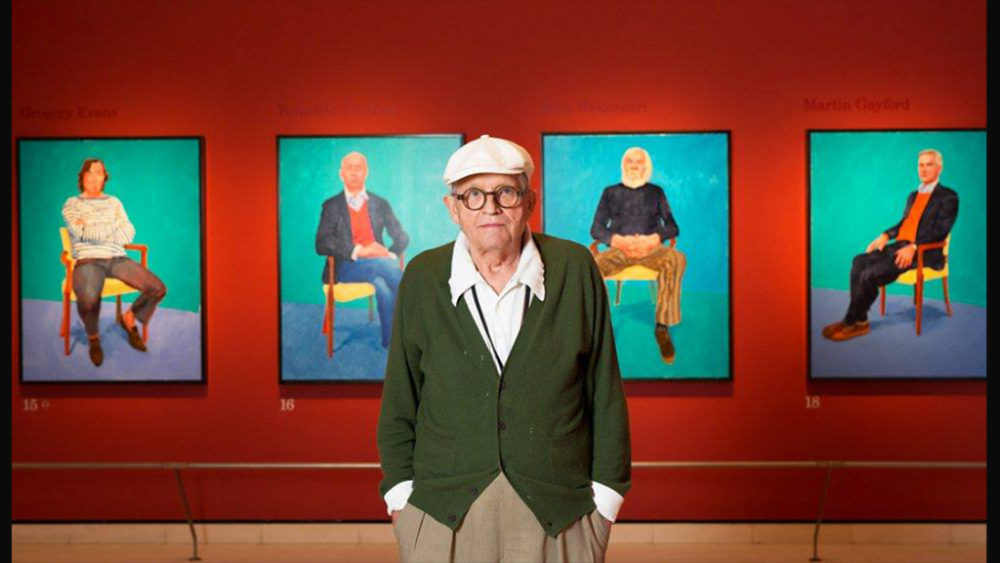 Portrait at The Royal Academy