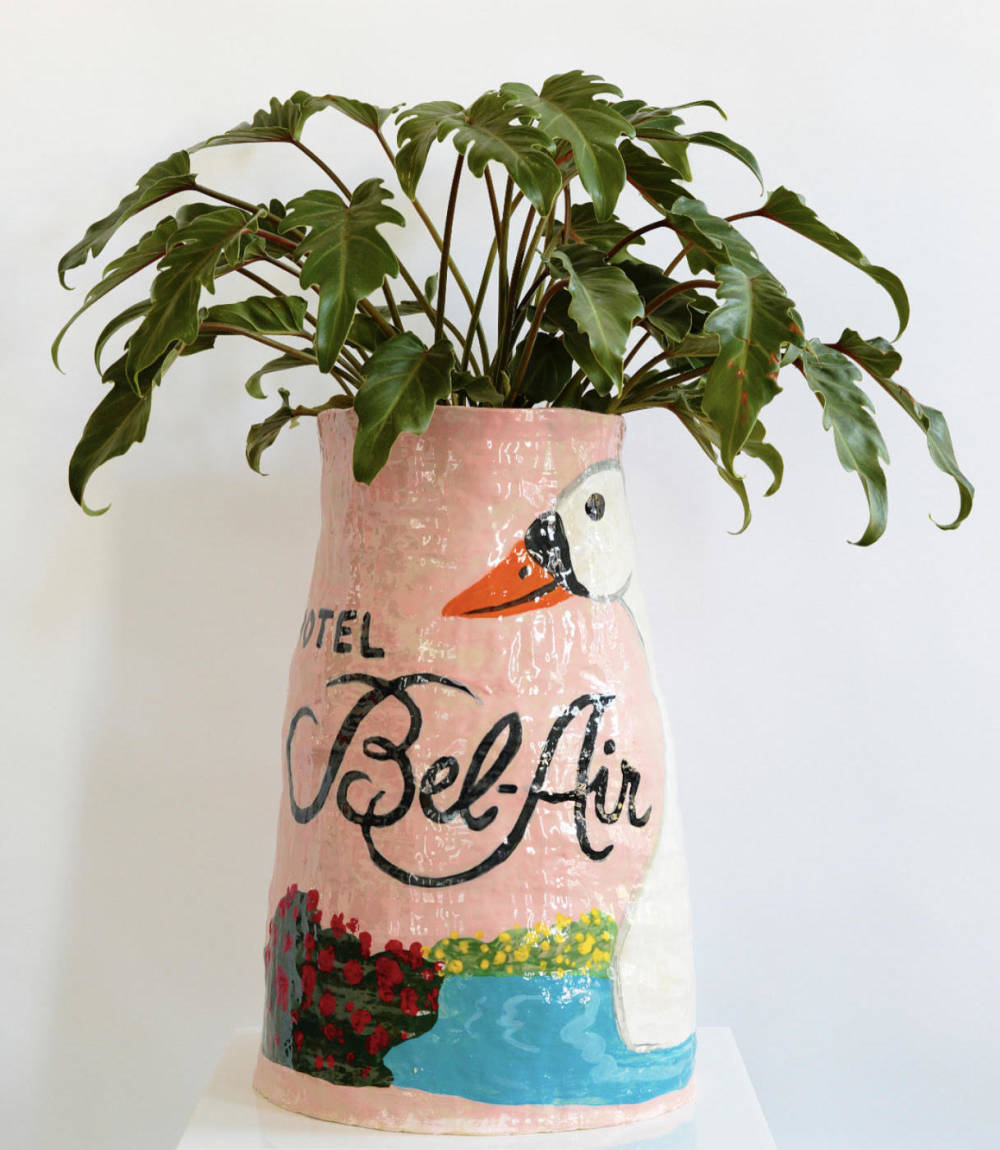 With international institutions closed to the public, and online exhibitions quickly becoming the new norm, art fanatics have resorted to digital means to fill a creative void, and anyone whose preferred exploratory platform is Instagram has certainly encountered the colorful, logo-adorned ceramics of sculptor, Jake Clark. 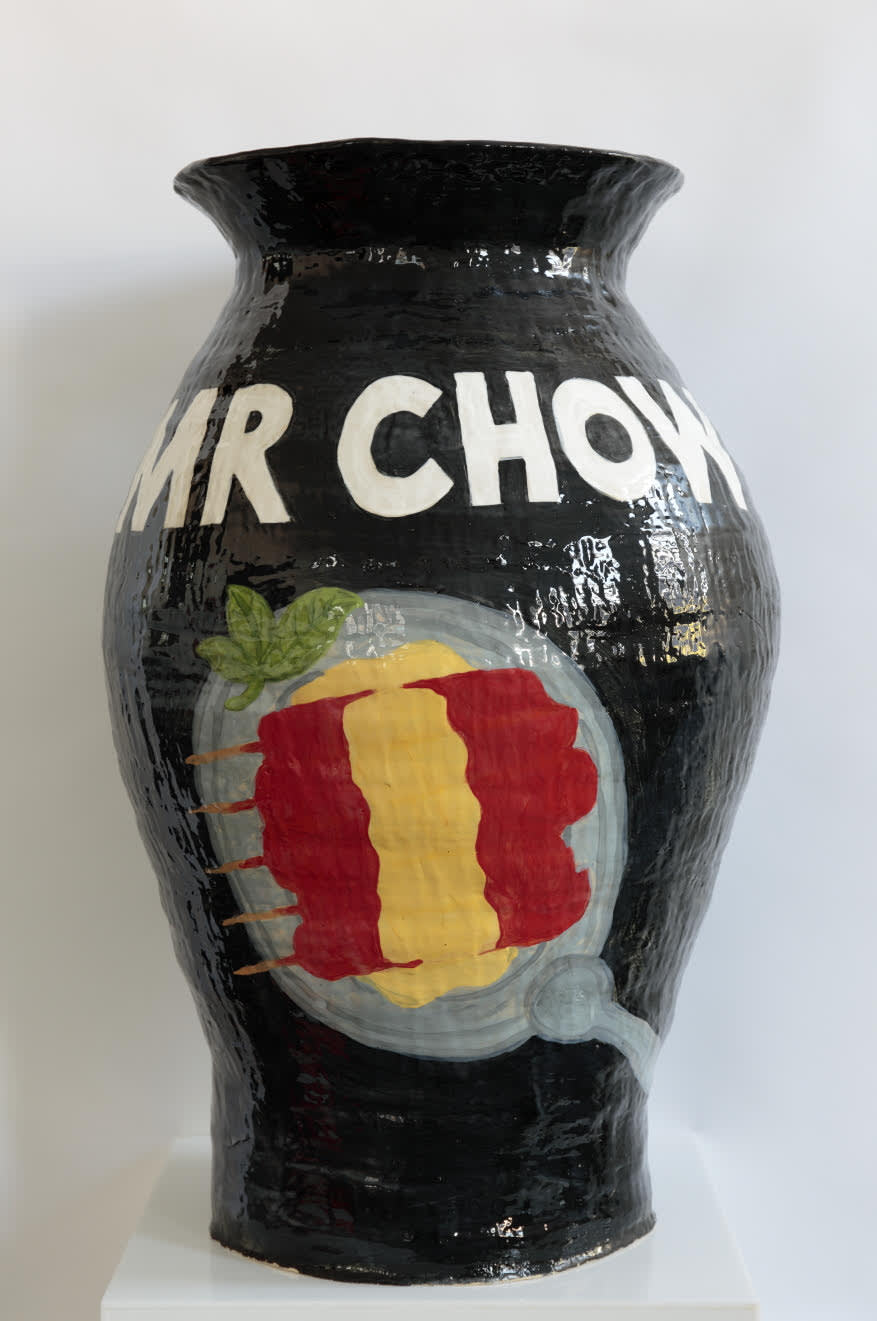 Based in Melbourne, Australia, Clark’s interest in art began at a young age, igniting a creative journey that would eventually turn into a full-fledged career. An early obsession with drawing ultimately led him to swap pencils for spray paint as a teenager, and adopt graffiti as his preferred medium; citing Keith Haring’s subway art as a major source of inspiration from when he was a child. After discovering the late artist’s large urns and ceramic pots – motivated by Haring’s ability to use almost anything as his canvas – Clark’s interests continued to evolve as he began working with clay in high school. Falling in love with the material due to its flexibility and potential to create 3-dimensional works, his focus transitioned to sculpture and painting. Furthermore, his obsession with iconography coupled with a degree in horticulture created the secret sauce that defines his trademark artistic style today. 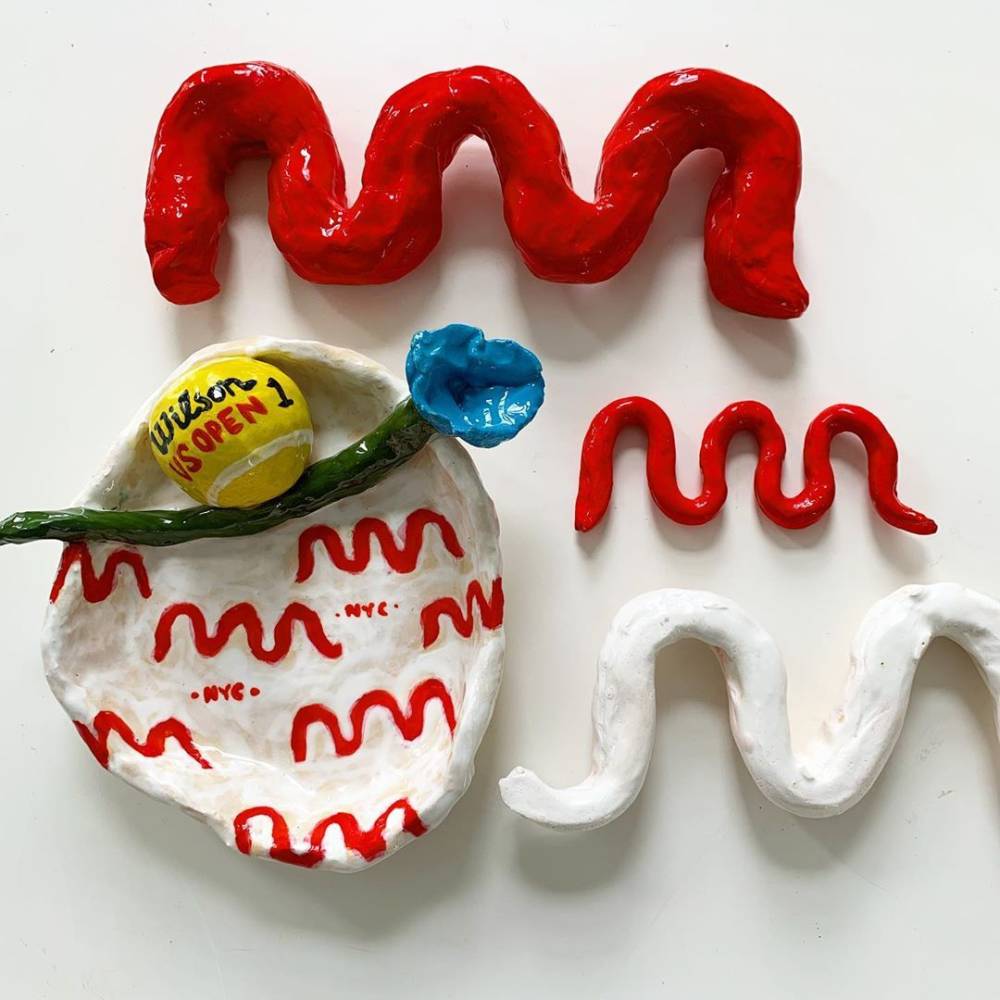 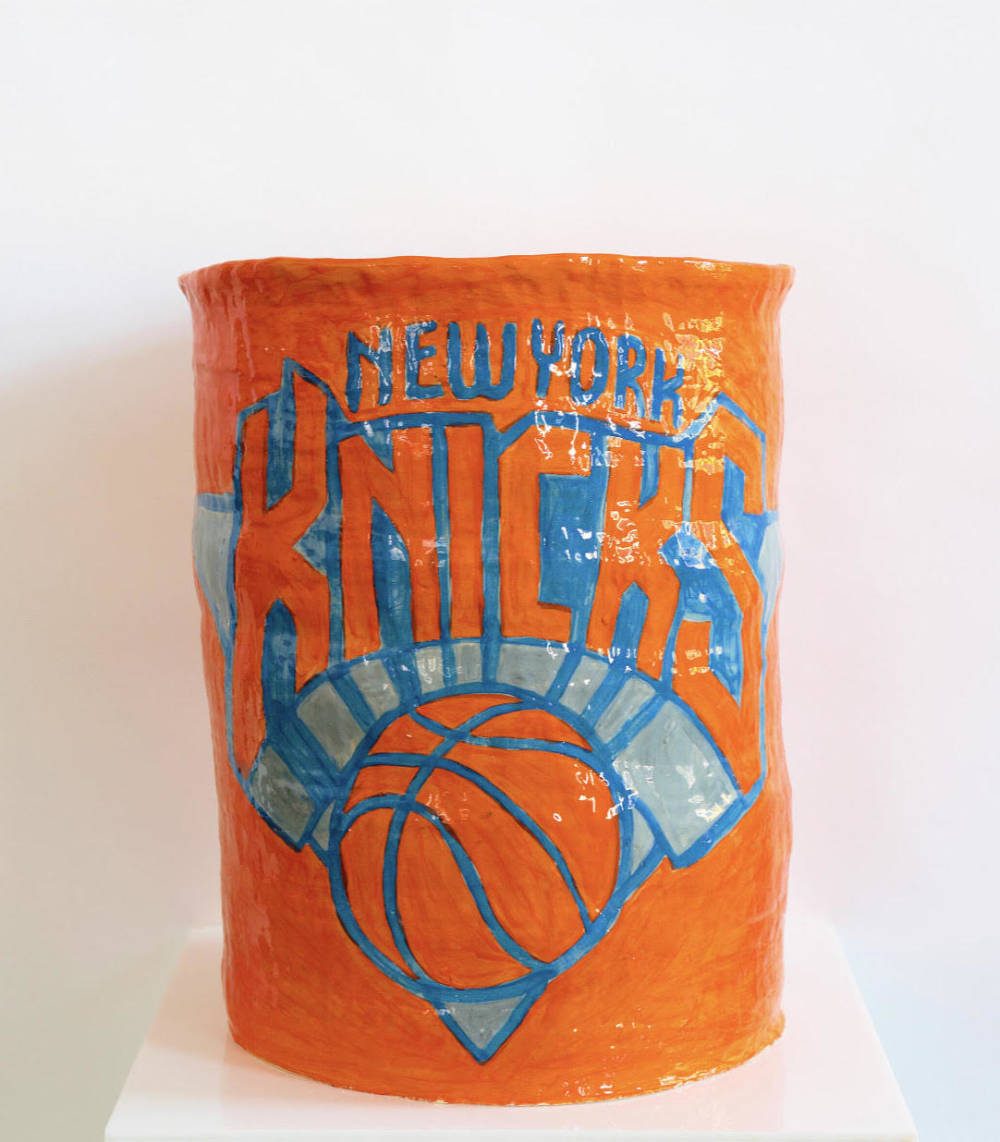 Inspired by contemporary culture and his interest in plants and foliage, Jake Clark’s ceramic sculptures and large-scale urns serve both as art pieces and physical snap shots of our time. Much like the manner in which Andy Warhol’s obsession with celebrity and commonplace imagery defined his oeuvre, Clark’s inspiration comes from everyday visuals and the places he interacts with, whether it be hotels, the supermarket, a local health food shop, restaurant menus, street signs or advertisements. 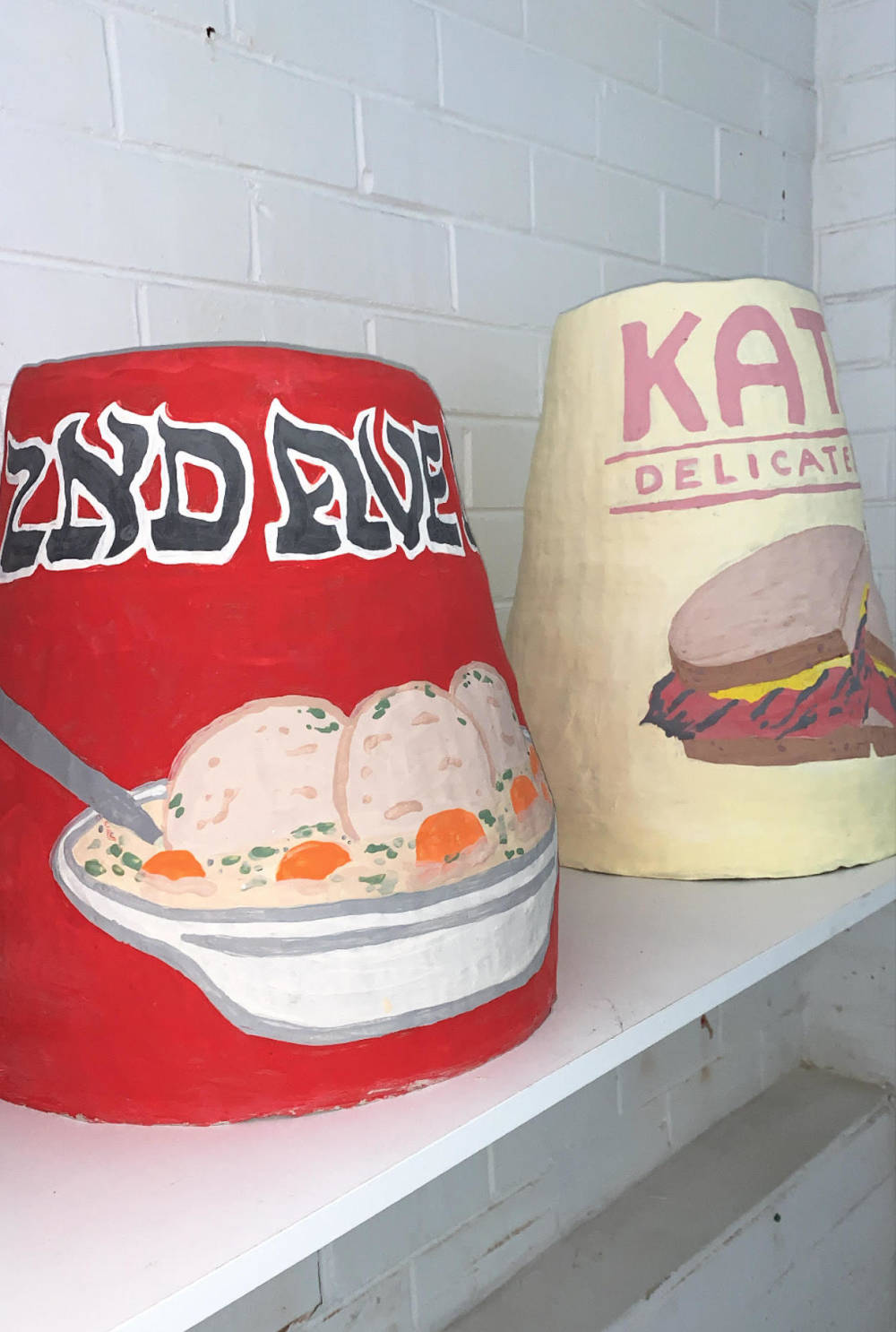 While the hand-made quality of Jake Clark’s sculptures is a far cry from the factory-like production favored by Warhol, both artists see common ground in their likeminded appreciation of familiar iconography. Warhol may have laid claim to Campbell’s soup and Coca-Cola in the early 1960s, but Jake Clark has market share on NBA team logos – stemming from his obsession with the sport growing up as a kid of the 90s – millennial brands, and The Beverly Hills Hotel; the latter of which he cites has his favorite example when taking into account its logo, color palette, and ties to old Hollywood. Consider it no surprise, then, that when the world reopens Clark says his first trip will be straight back to LA! 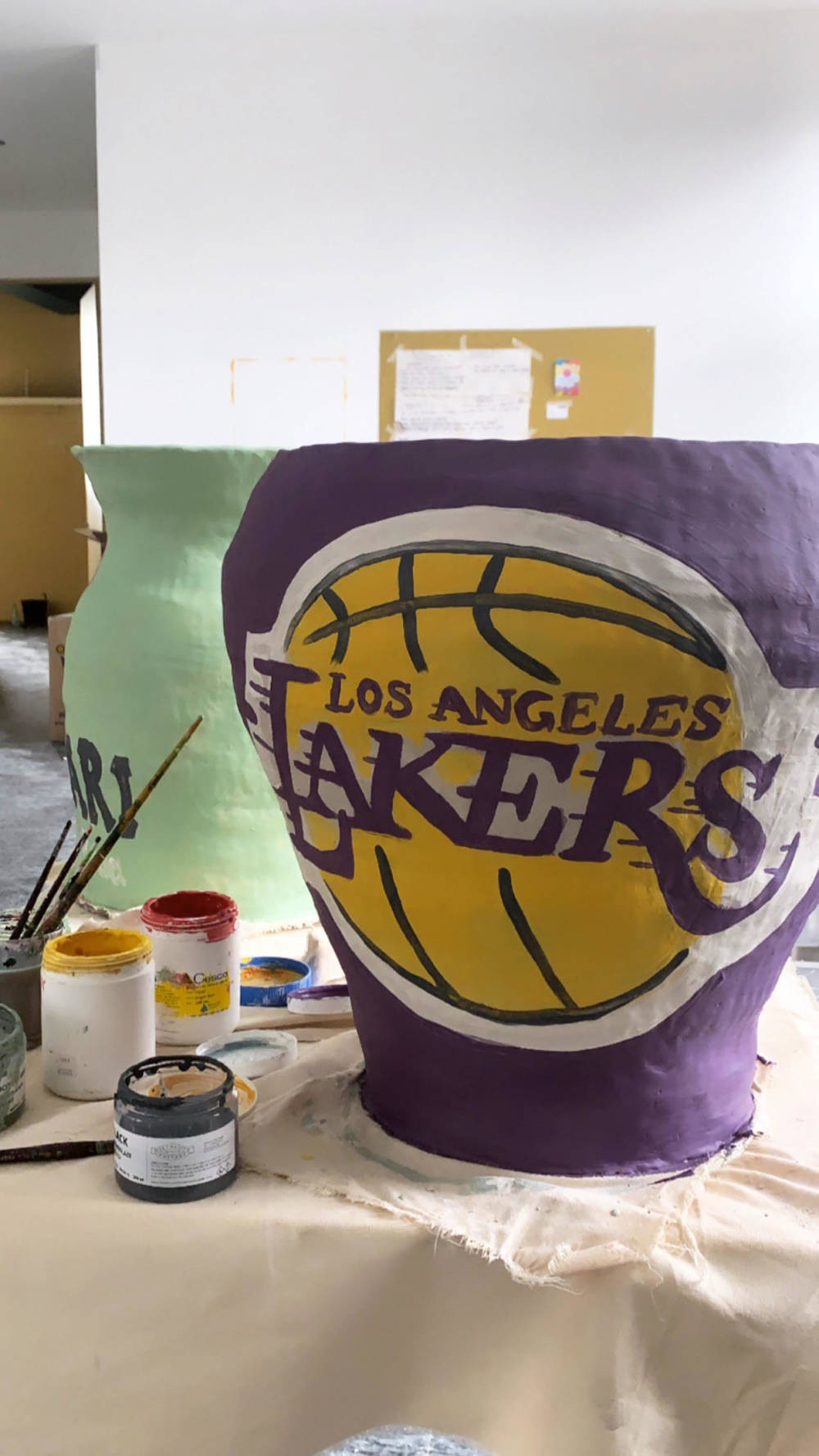 At a moment when people around the world are spending more time at home than ever before – a trend that is likely to continue for the foreseeable future – we find ourselves reevaluating our personal and professional lives, as well as our needs, wants, desires, and, presumably, our habitats. While there have been countless studies proving that visual art improves psychological and physical well-being, one thing is for certain, Jake Clark’s vibrant ceramics are sure to bring a smile to your face and liven up any at-home environment. 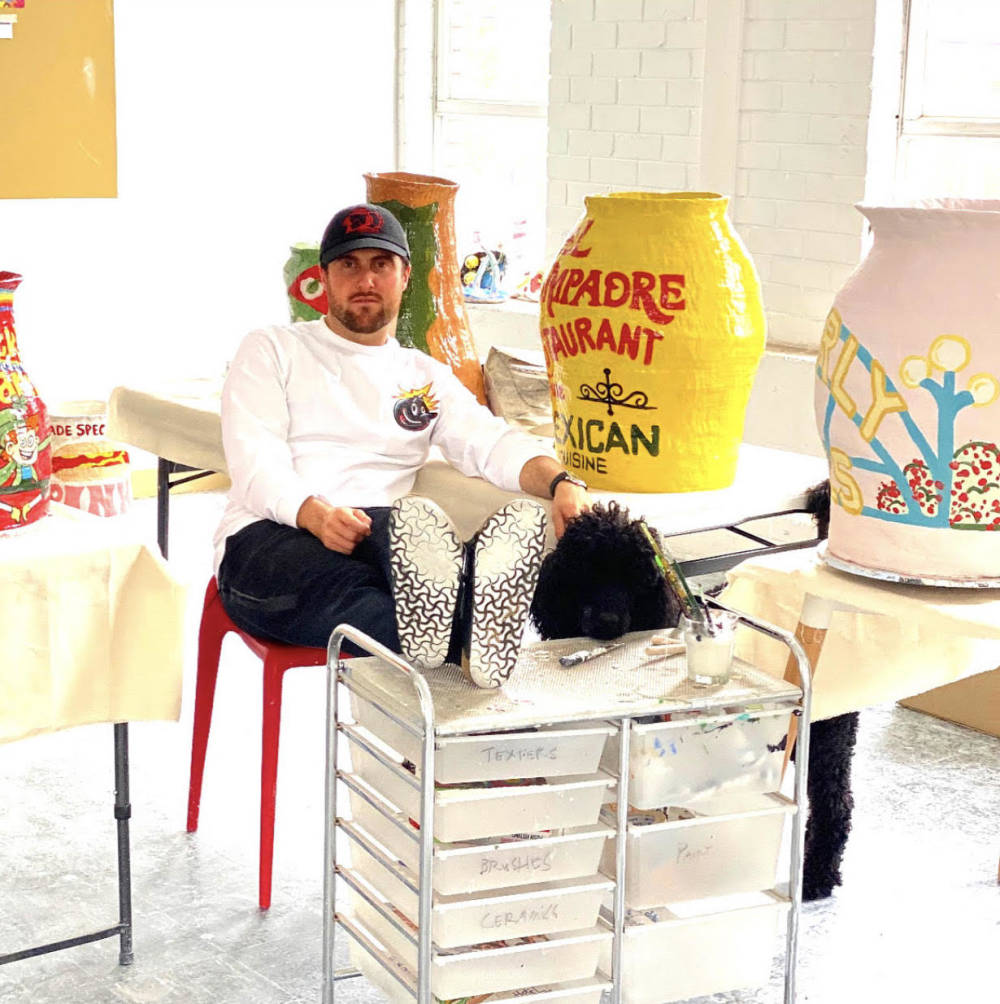