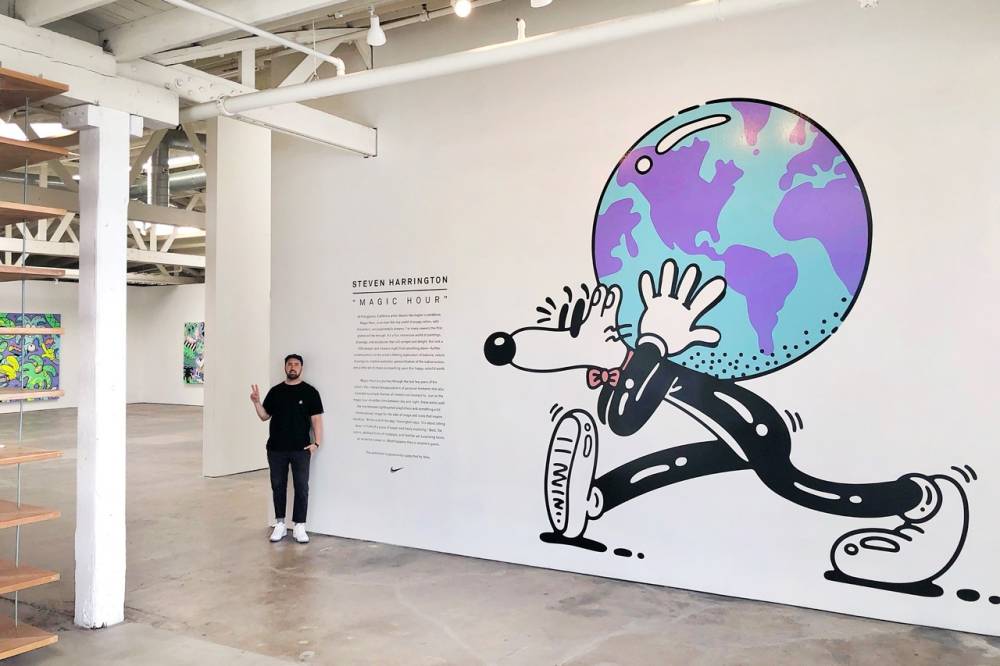 In honor of Earth Day, Nike has teamed up with Los Angeles-based artist Steven Harrington for a capsule collection featuring three sustainable sneakers; reminding the world that fashion, art, and the environment are not mutually exclusive. 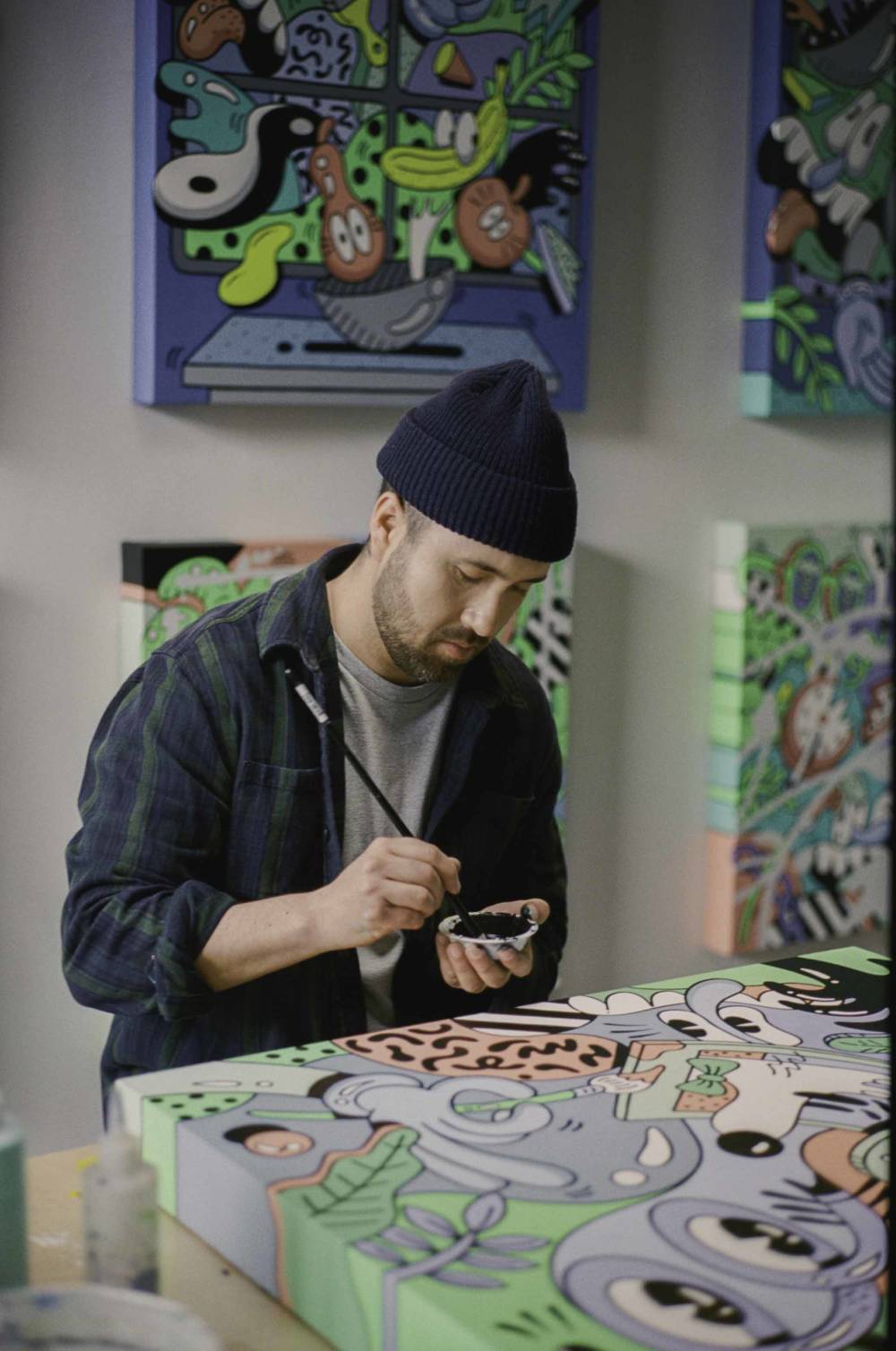 Steve Harrington in his LA Studio

Born and raised on the West Coast, Harrington is widely regarded for his Californian psychedelic-pop aesthetic, manifested, in part, through his uniquely LA-infused color pallet of muted, beach-y hues. As such, the intersection of art and nature has long been a focus of Steven’s work, illustrated amongst other forms by his signature motifs depicting lush palm trees and a cartoon dog – Harrington, remarking that the dog is a representation of his subconscious, a collective subconscious, one that is free to roam the unexpected. 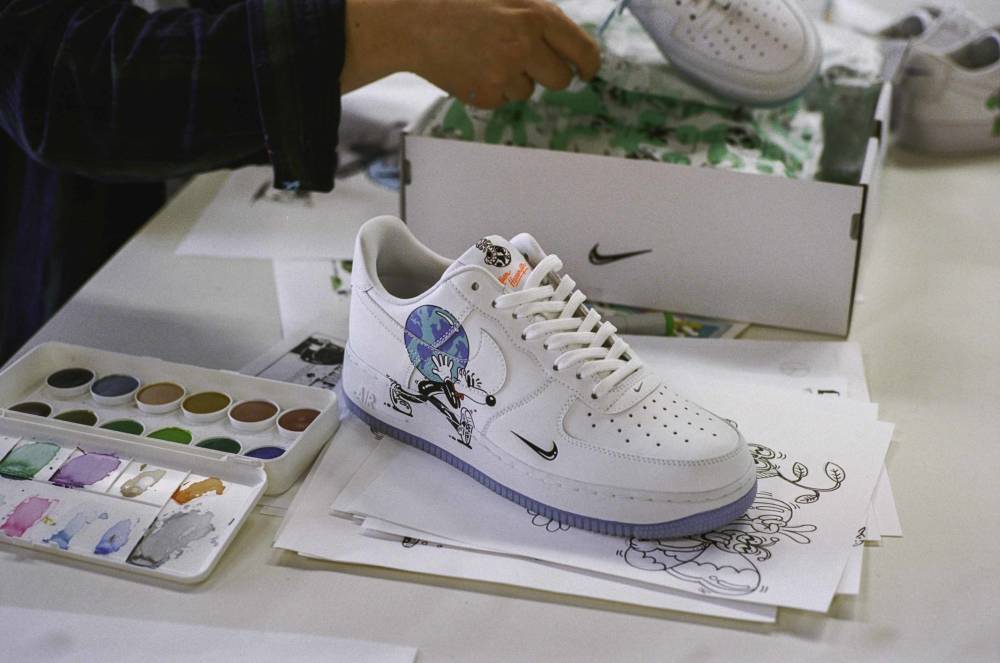 This unrestricted mentality has lead the artist on a slew of unforeseen journeys, both physically and creatively, outside confounds of the art world and often into the realm of fashion. Having participated in a number of past collaborations, Harrington’s bold graphic style begs for such partnerships, Nike came calling in 2018 with an exciting opportunity to create a capsule collection designed to inspire love for the planet. A prompt that immediately spoke to the environmentally conscious artist, who, at the time, was working on initial painting and drawings for a body of work titled ‘Magic Hour’. 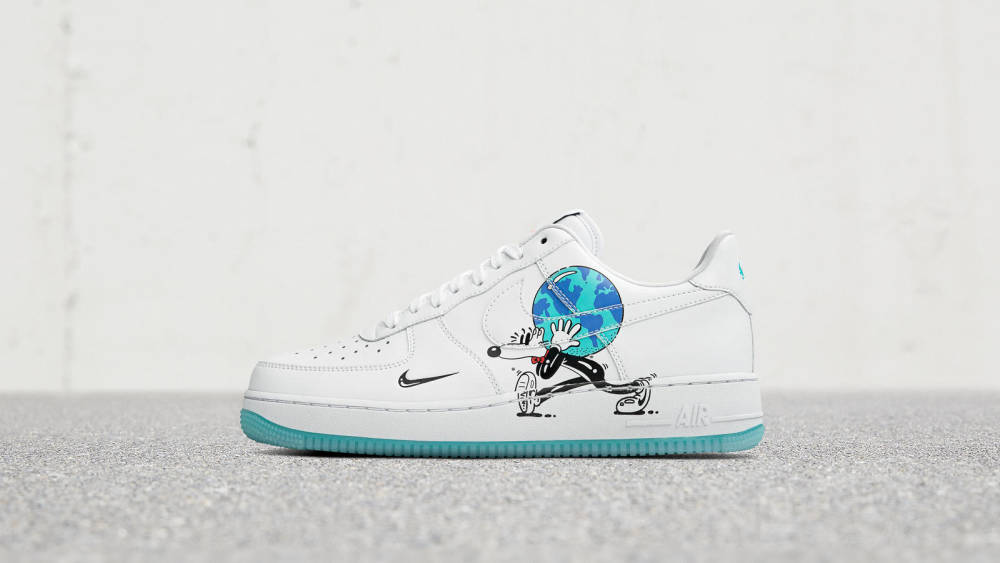 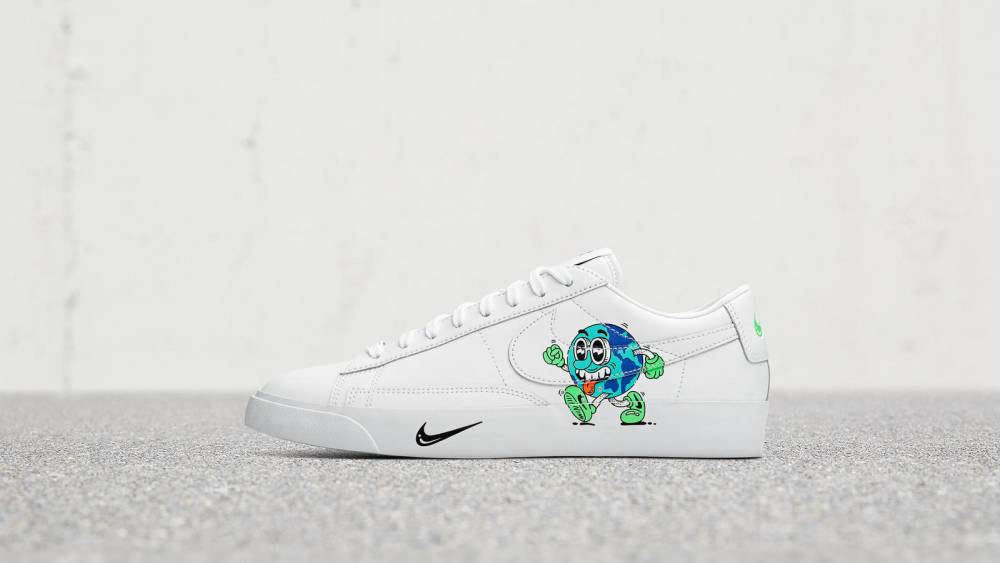 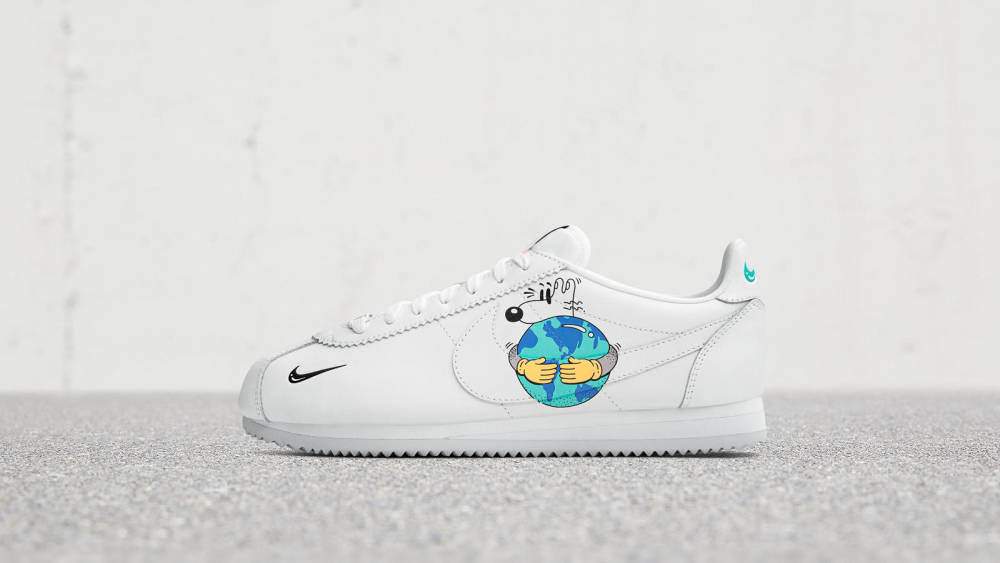 The collection, which features three iconic sneaker styles – an Air Force 1, Blazer and Cortez – showcases Nike’s sustainable Flyleather material. An innovation in itself, Nike Flyleather is made with as least 50 percent recycled leather fiber while still preserving the look, feel, smell and durability one associates with the natural material. While Nike Flyleather denotes the athletic brand’s commitment to innovation, performance and environmental consciousness, it also served as Harrington’s inspiration for the project; setting the artist on a creative quest towards better understanding the material and its story. 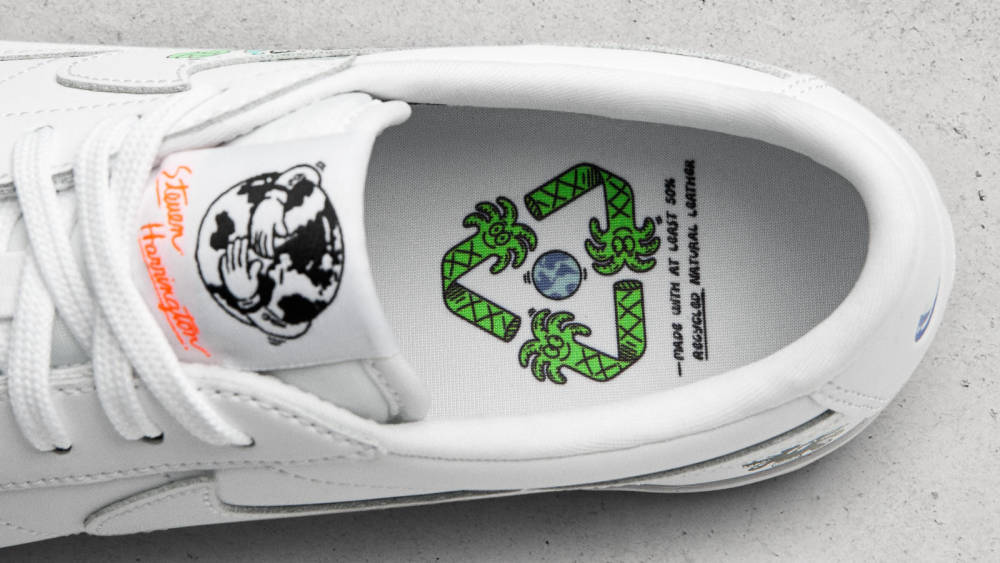 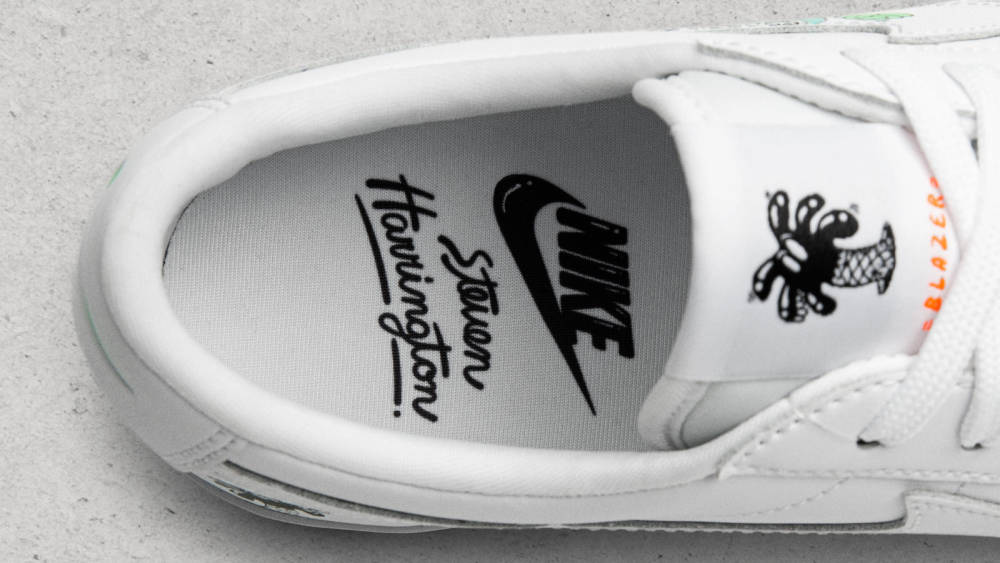 Steven approached each white sneaker as a blank canvas on which to illustrate Nike’s story of sustainability through his wildly captivating graphics. Harrington’s unique designs depict three central characters interacting in various forms with a colorful globe, a reminder, in honor of Earth Day, that the wellbeing of our planet is in the hands of the people.

Harrington’s limited edition sneakers, which range from 80 to 100 dollars available via the Nike SNKRS app, are this week’s must have footwear for environmentally conscious art and fashion lovers. 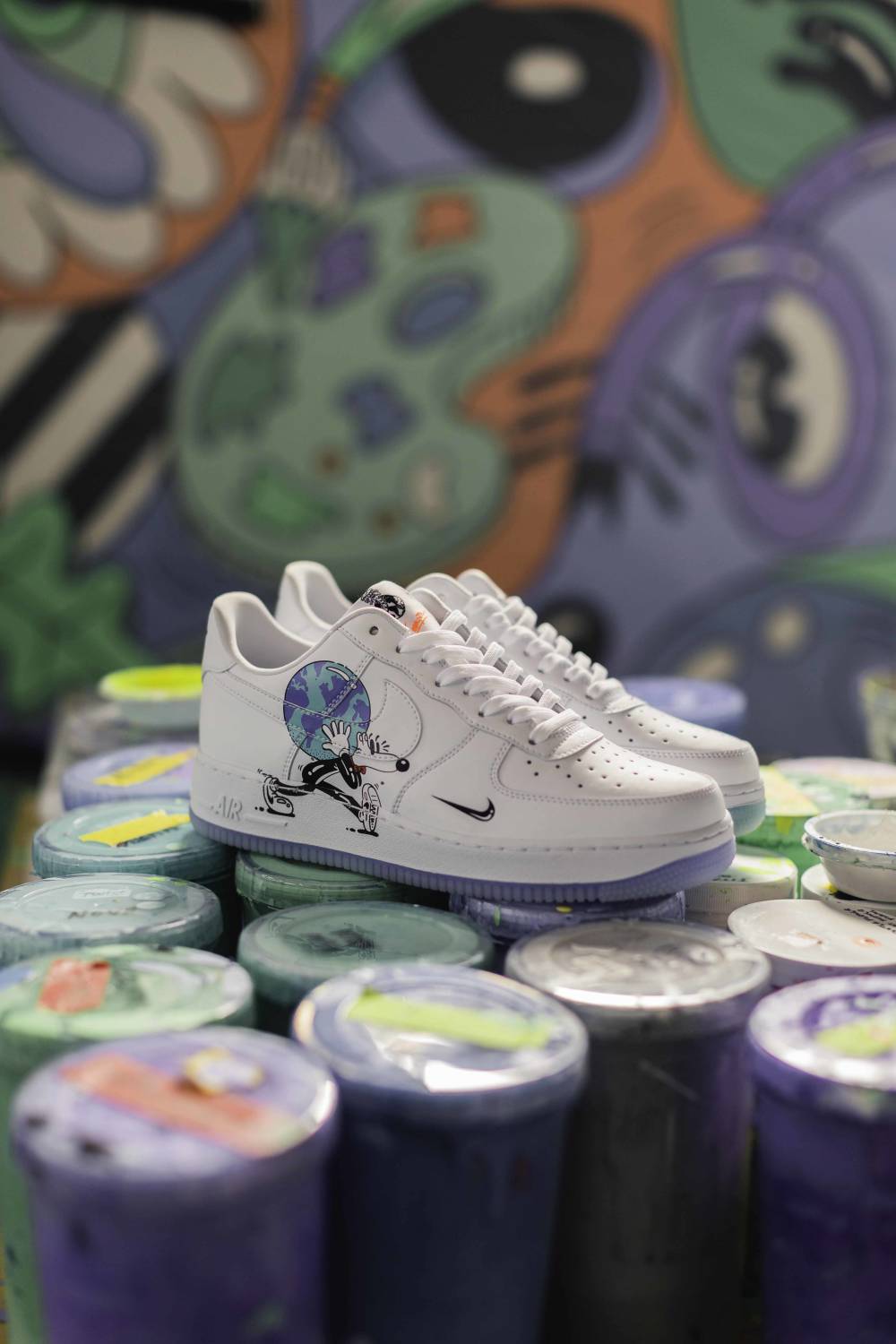 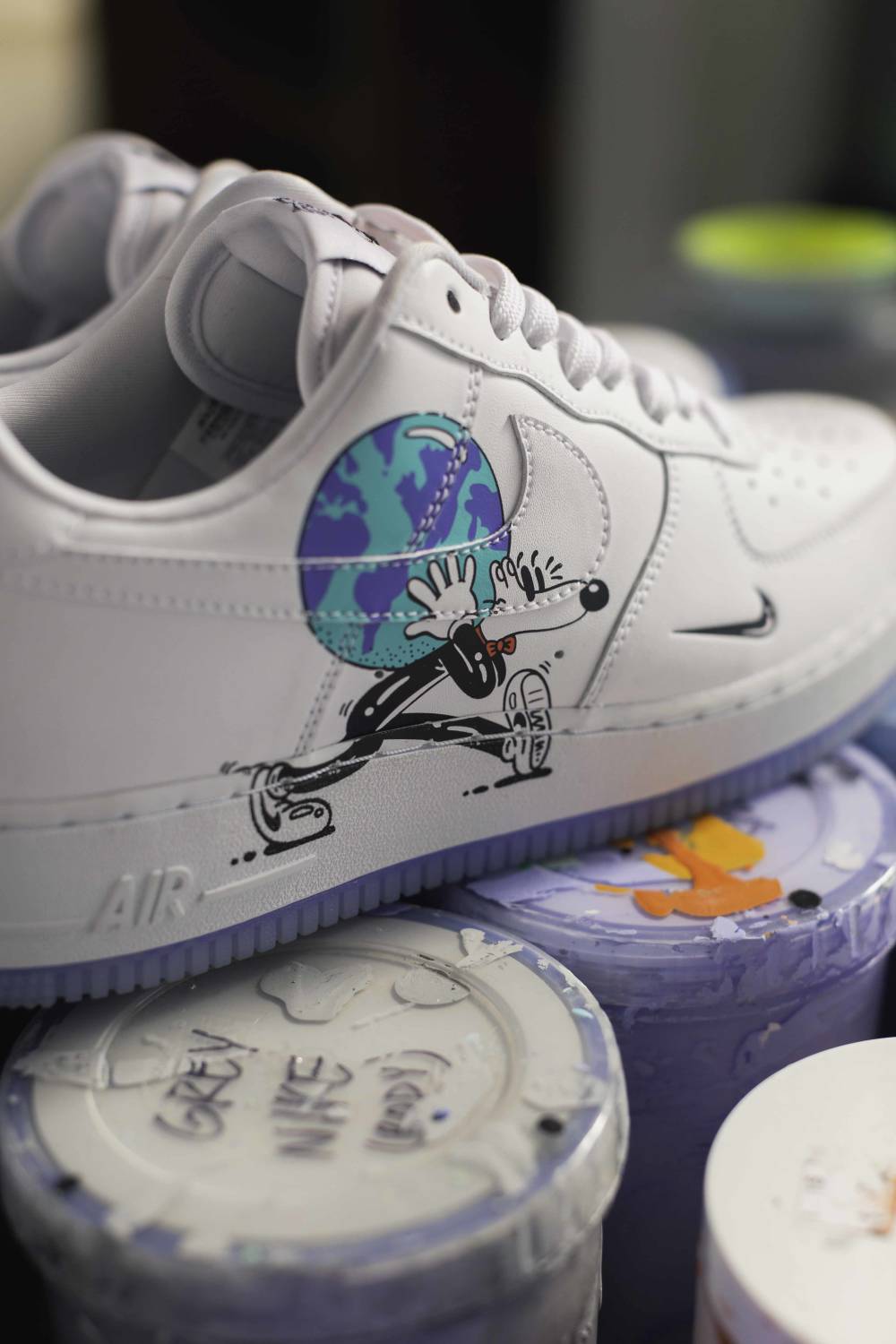