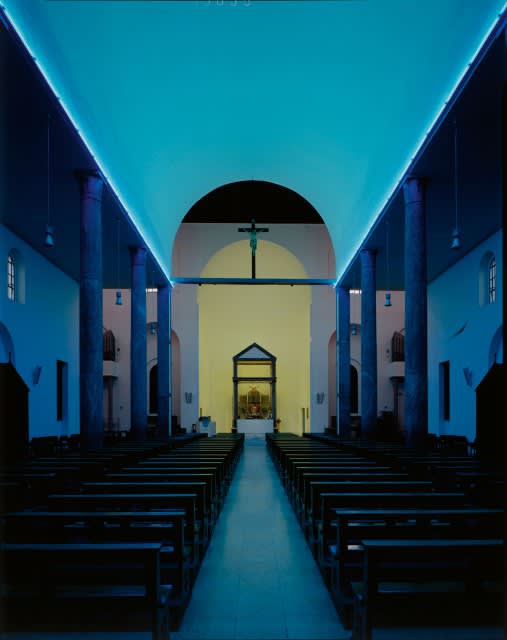 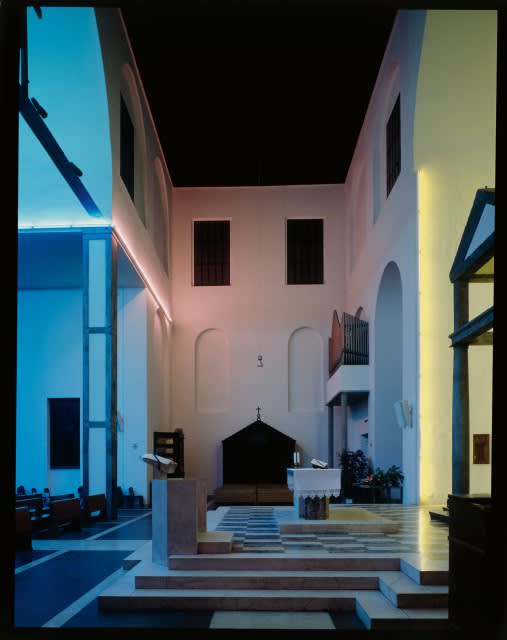 In 1996, American Artist Dan Flavin was invited by Italian priest Giulio Greco to create an artwork for the restoration of Santa Maria Annunciata in Chiesa Rossa Church in Milan. Flavin completed a site-specific design for the 1930s neo-Roman style Catholic Church, constructed by architect Giovanni Muzio, two days before his death. One year later, in 1997, the project was finally realized in thanks to Fondazione Prada in collaboration with the Dia Center for the Arts in NYC and the Dan Flavin Estate. In the early 1960s Flavin began investigating the relationship between art and light through the introduction of his neon readymades. Correspondingly, Untitled, 1997, is a work focusing on the progression of light and the interaction between color, space and material. The permanent work, which illuminates the entirety of the Church, is a carefully curated blend of green, blue, pink, golden and ultraviolet lights. The installation is open to the public daily from 4-7pm and is a Must See for any art-lover in Milan.