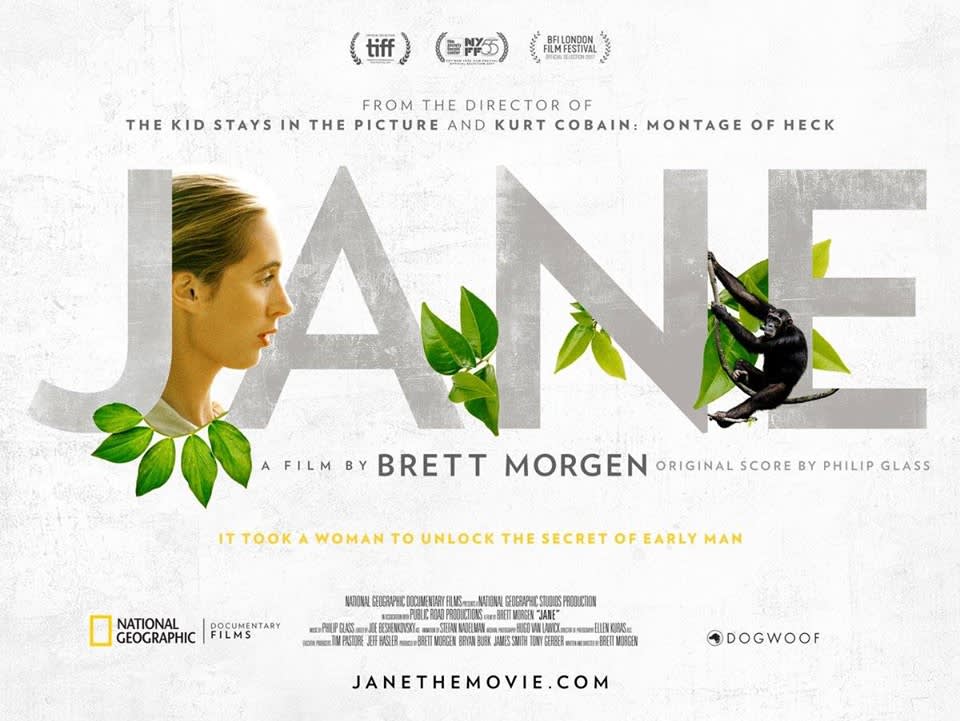 Jane, a National Geographic film by Bret Morgan, follows the amazing story of young Jane Goodall during her time spent researching (and bonding with) a chimpanzee community in Gambe. Today, Jane Goodall is a household name, the queen of conservation. But Morgan’s film is a reminder that her greatness was born not in scientific expertise, but in a raw, authentic love for animals and the Earth. When our story begins in 1957, Dr. Louis Leaky, in fact, chooses Jane for this passion in addition to her “mind unbiased by scientific theory”. 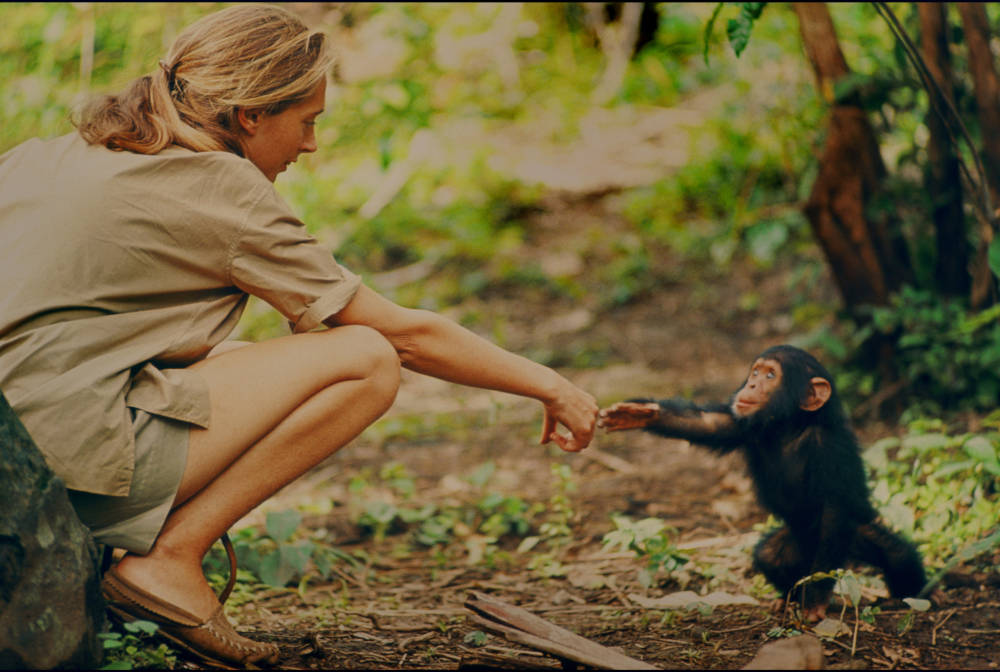 The story that follows is greater than Jane’s groundbreaking discoveries of chimpanzees’ alikeness to the human race. It is greater than her trials and victories getting close enough to the apes (and later, perhaps even too close). It is more, still, than her rising against biases as a young uneducated woman in science. And even as we see Jane fall in love and raise a child in Gambe, it is clear that the great love story told through this film is that of Jane and the environment.

This work, made of Hugo van Lawick’s 100 hours of rediscovered footage from their time in Gambe in the 1960’s, sends the message of Jane’s most pertinent discovery: that the animals and lifeforms we share the Earth with are much like our own. And, that if the human race were to continue as it had, there would be no other animals, nor a planet to share with them. In making a difference for generations to come, Goodall points to language and intellect as the key differentiator between humans and apes. In the retelling of her impeccable story, Jane gracefully conveys, “...this highly developed intellect means, surely, that we have a responsibility towards the other lifeforms of our planet whose continued existence is threatened by the thoughtless behavior of our own human species.”