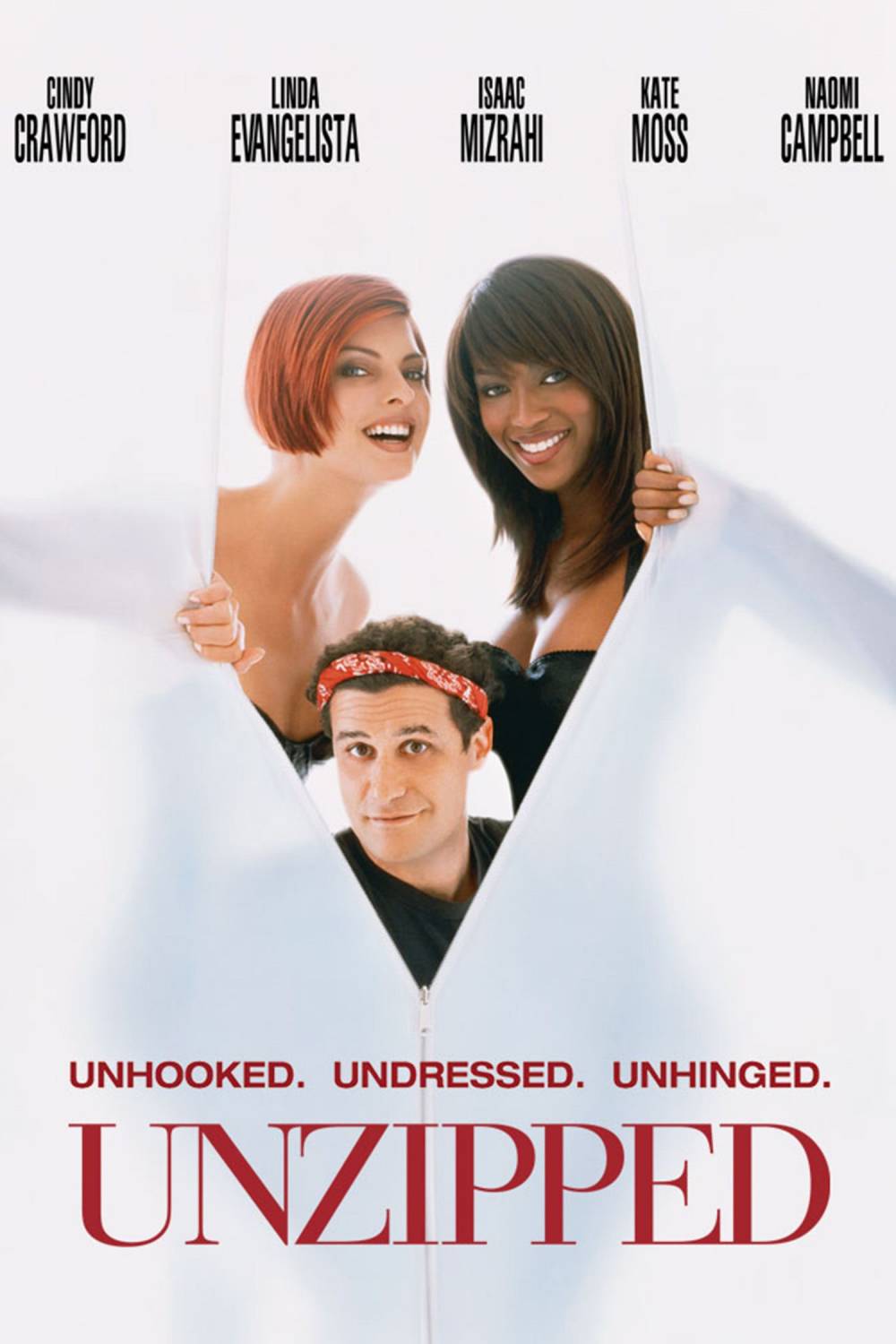 When Douglas Keeve’s Unzipped begins with black and white shot of Isaac Mizrahi sadly walking down New York City streets after a failed Spring 1994 Runway show, it’s hard to believe you will spend the majority of what follows in a near constant state of giggles. Instead, Keeve communicates this moment and in it a real sense of loss. The stakes seem to be heightened to introduce the viewer into the immensely powerful fashion world and the fear of criticism in a highly creative industry. Then the words appear on the screen, “This is the Story of How the Next Collection Gets Made.” Said story is star-studded, whimsical, and certainly worth watching.

Isaac Mizrahi in His Studio

The film has all the elements you would want a 90s fashion documentary to have. From nearly every big time supermodel to intimate moments in the creative process, Keeve’s does not disappoint in allowing his viewer to step into the world of a high fashion designer in New York City. But the point of Unzipped is that it truly shows us so much more. Mizrahi is just the filter-out-the-window subject needed to bring the same charm to the film that he brought to his next collection. This becomes clear as Mizrahi soon as we see him sitting on his bed dreaming of walking the dogs in a head-to-toe fur jumpsuit. But if that’s not enough, we see him gossiping on the phone in the bathtub, cracking jokes with stars, working on crosswords, letting wigi boards, tarot cards, and astrologers drive his decisions, and bonding with his biggest fan… his mother.

Unzipped is a must see for the joyful collection that it stories, the beautiful eccentric people who were a part of it, and the designer whose creativity and hilarity are endlessly entertaining. To find a breath in an ocean of news and tragedy, this film should be the go to documentary to find color and smiles if (to use the words of Issac Mizrahi himself) you “just can’t deal with this anymore”.