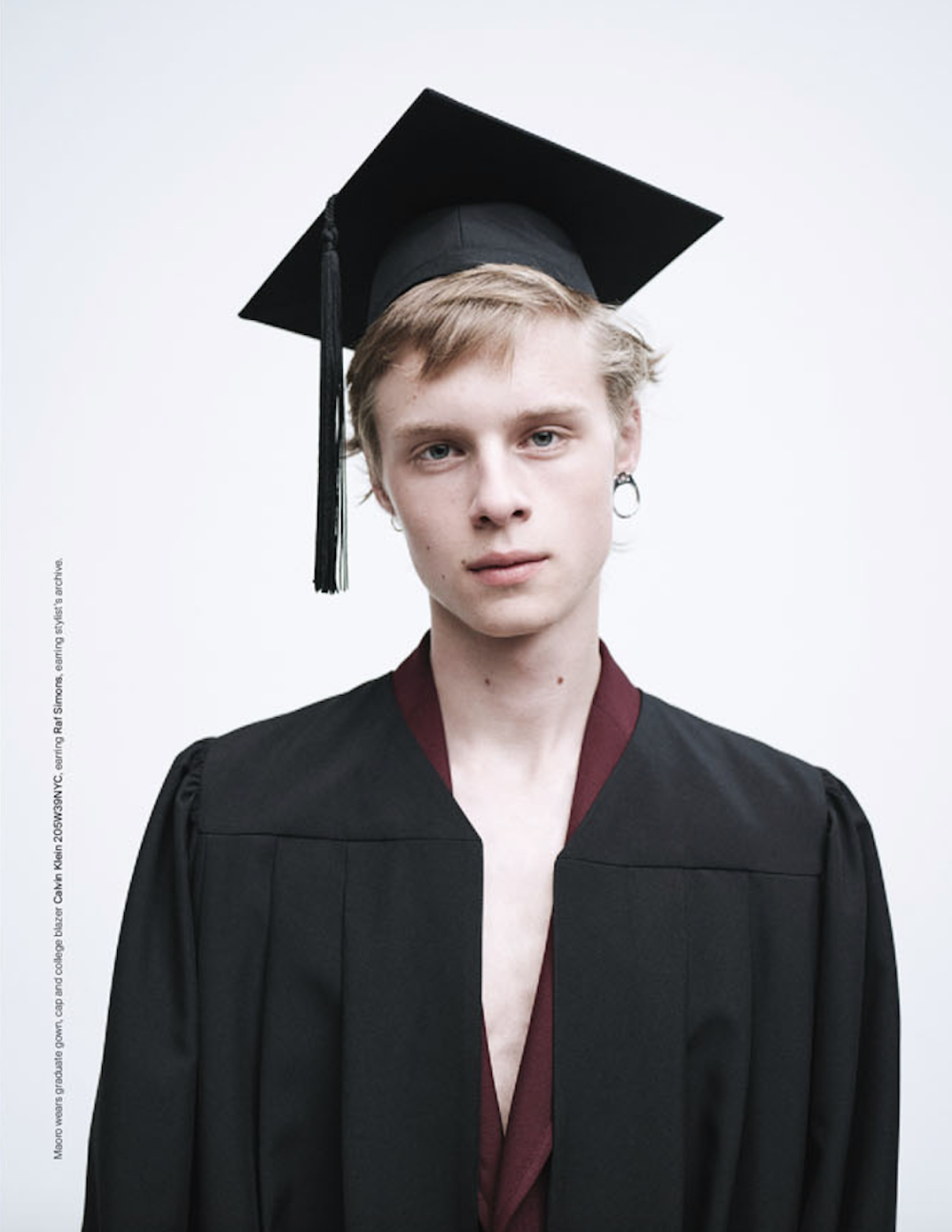 It’s graduation season! The period between school and the working world is a formative time for all; a time in which a student’s studies come to fruition and dreams, while daunting, seem within reasonable reach. With that in mind, we’ve decided to revisit the graduation collections of four innovative designers to stem from London’s esteemed Central Saint Martins design school, and the final collections that would go on to define their careers.

John Galliano’s 1984 graduate collection entitled “Les Incroyables,” perhaps the most notorious of such examples, shocked and delighted the British fashion world. Inspired by the French Revolution and Galliano’s own penchant for the theatrical, the collection was a uniquely wild mash up of rich references and ideas. As a poor student in 1980s London, Galliano related to the rebellious revolution era and imbued said inspiration into modern clothing. Working models sauntered down the runway alongside Galliano’s friends and fellow London club kids.

Galliano recalls the scene fondly, remembering, “Jackets were worn upside down and inside out, romantic organdie shirts were accessorized with everything from magnifying glasses – smashed, and worn as jewelry – to rainbow-colored ribbons sewn onto the insides of coats. It was a reflection of me but sort of wild and unkempt – not like the fashions of the time.” The collection was bought in its entirety by London’s Browns Boutique and displayed in the shops windows almost immediately after it was shown. The collection marked the inception of Galliano’s remarkable career in fashion and would go on to inspire decades of his rebellious designs. 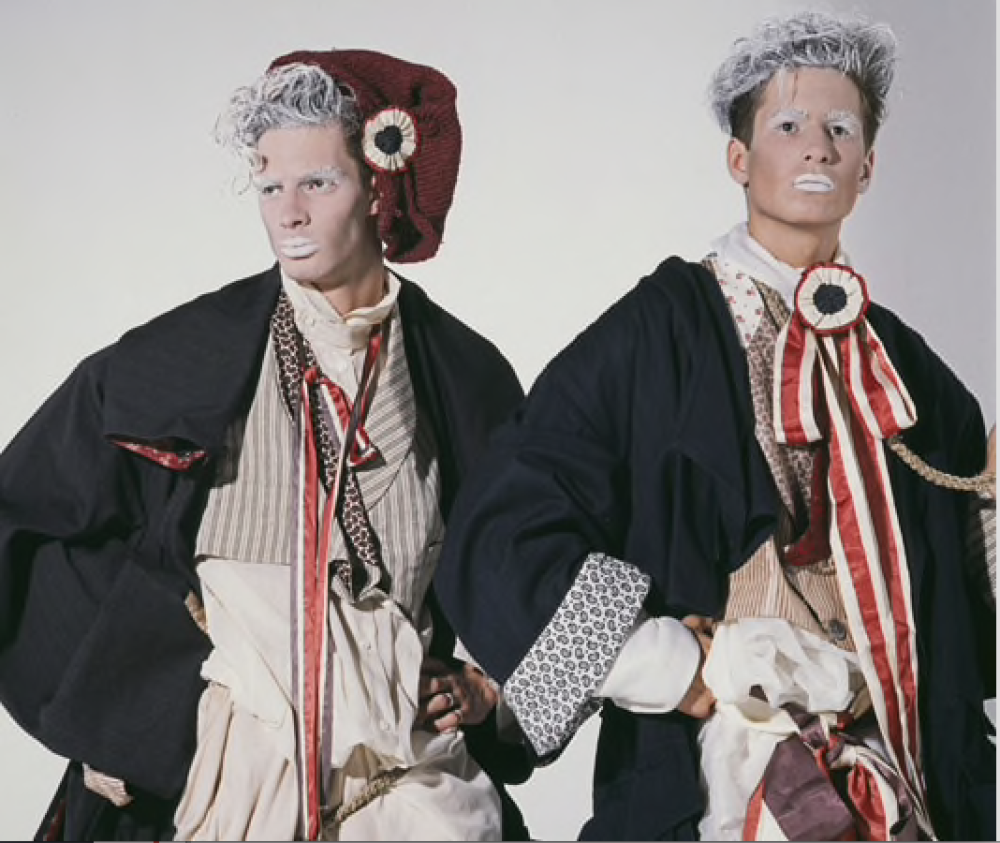 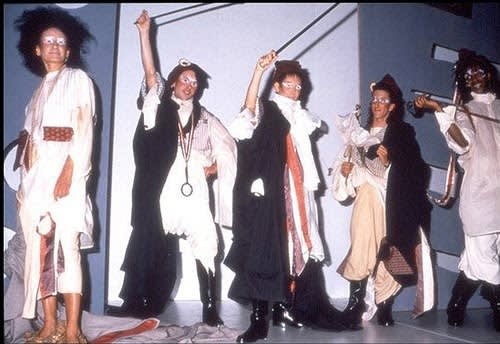 Alexander McQueen, an equally imaginative and similarly unruly spirit, finished his Masters degree at Central Saint Martins in 1992, revealing his infamous graduation collection titled “Jack the Ripper Stalks His Victims.” Inspired by the 19th century serial killer Jack the Ripper, both McQueen and his chosen subject sought inspiration from Victorian times, albeit their respective motivations differed significantly. Growing up in East London, where Jack the Ripper supposedly lurked a mere century before, McQueen had a special connection to the story of this unidentified serial killer. 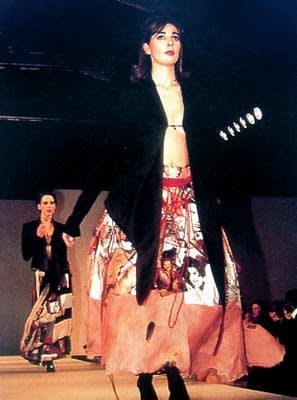 Jack the Ripper Stalks His Victims, 1992 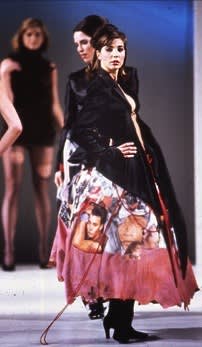 Jack the Ripper Stalks His Victims, 1992

Taking inspiration from the Victorian era when prostitutes sold locks of hair to men to buy for their lovers, McQueen incorporated his own hair between layers of a garment’s fabric; an idea he later returned to for the tags of his earliest collections. The origins of McQueen’s signature silhouette — a bold, sculpted shoulder, rigorous tailoring, dropped waistline, and an exposed midriff — were seen as early as his graduation show, as was the designer’s tendency to weave narrative stories into his collections; an element of McQueen’s overall vision that evolved to become as important as the actual clothing – later examples of such cases include the designer’s fall/winter 1998 collection titled “Joan,” and his spring/summer 2001 show entitled “Voss”. 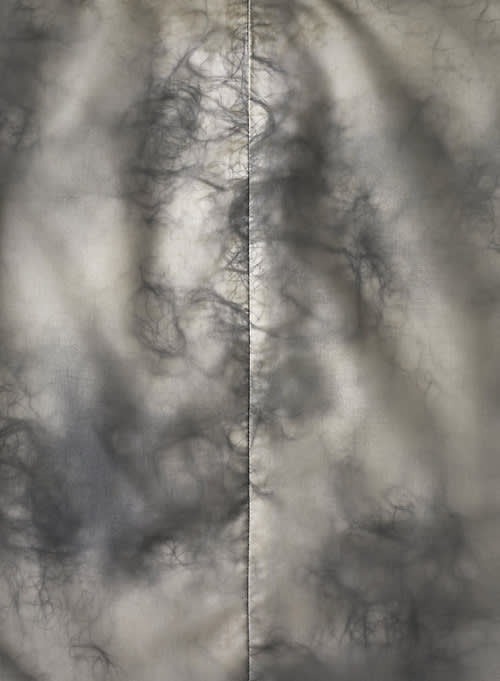 A highlight garment from McQueen’s graduation collection, and the most widely exhibited piece from the show, was a frock coat covered in a barbed wire print and splattered with blood, aptly named ‘The Thorn Coat.’ Among the shocked audience members witnessing McQueen’s final Central Saint Martins show, sat eccentric fashion editor Isabella Blow. Blow, enamored with the designer’s daring vision and astonishing talent, purchased the collection in its entirety, paying in cash; a transaction that served in many respects as a metaphorical contract, beginning a dear friendship and creative partnership between Alexander McQueen and Isabella Blow that lasted for over a decade. 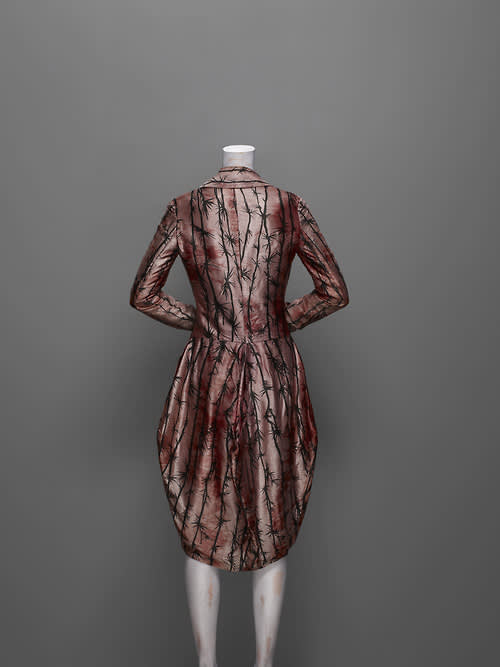 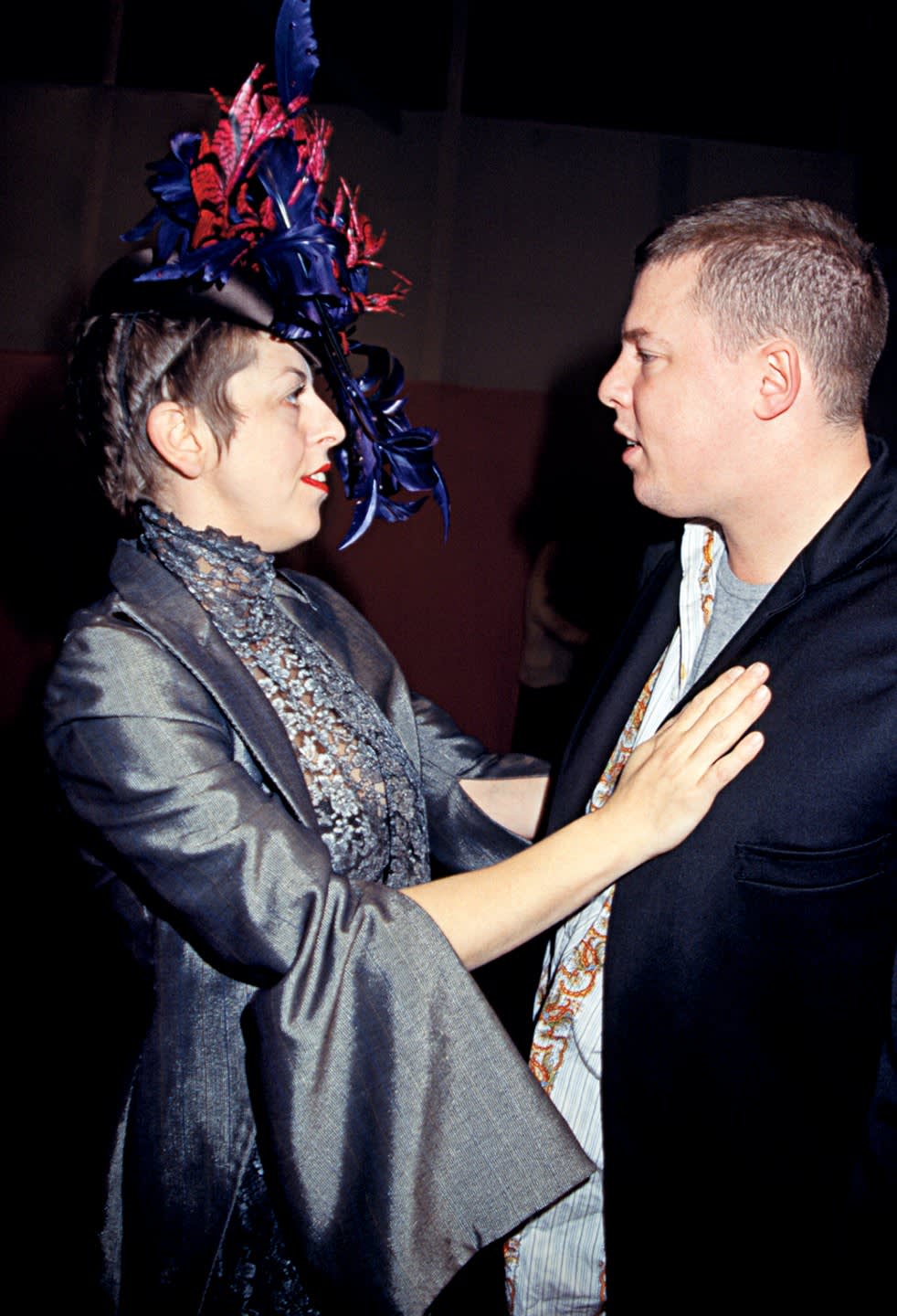 One year later, yet another shockingly innovative talent emerged from Central Saint Martins schooling, Turkish-born, London-based designer Hussein Chalayan. In 1993, Chalayan presented his graduation collection titled ‘The Tangent Flows,’ for which the designer created garments made of silk with iron filings that were buried underground for several months, allowing the pieces to oxidize and decay. After excavation, what remained was a rusted, decomposing collection layered with unique colors and textures.

This process of transformation and visual deception is one that has continued throughout Chalayan’s career, seen both in the designer’s “Table Dress” from fall/winter 2000 and his ‘Transforming Dresses’ from spring/summer 2007, which mutated on the runway before the audience’s eyes. As such, Chalayan’s most outlandish designs are often made possible due to his unique efforts in combining fashion and technology; origins of this philosophy can be directly linked back to his 1993 graduation collection, which, like John Galliano’s before him, was displayed in the windows at Browns Boutique in London.

Last but by no means least, in 2003 British-born fashion designer Gareth Pugh presented his BA graduate collection at his alma mater. Praised for his sculptural approach to design and his tendency towards exaggerating and manipulating the female form, Pugh’s 2003 graduation collection incorporated a multiplicity of the idiosyncrasies that have come to define his respective style.

Most famously, an ensemble from the show made of giant red and white balloons graced the cover of Dazed Magazine in 2004, propelling the designer to immediate fame within Europe’s avant-garde fashion community. The pronounced contrast between the garment’s bulbous balloons and the leggy model’s sharp limbs is a characteristic the designer continues to explore nearly each season at his eponymous brand. As such, this audacious garment remains a principal example of Pugh’s unique design style through its manipulation of shape and form, its tendency towards obscuring and distorting the body, and its use of odd materials like latex and PVC.

While John Galliano, Alexander McQueen, Hussein Chalayan and Gareth Pugh’s individual design aesthetics differ significantly, the common thread liking all four visionaries is not only the school in which they attended, but the distinctive role their respective graduation collections played on defining their subsequent careers.

A portrait of young John Galliano