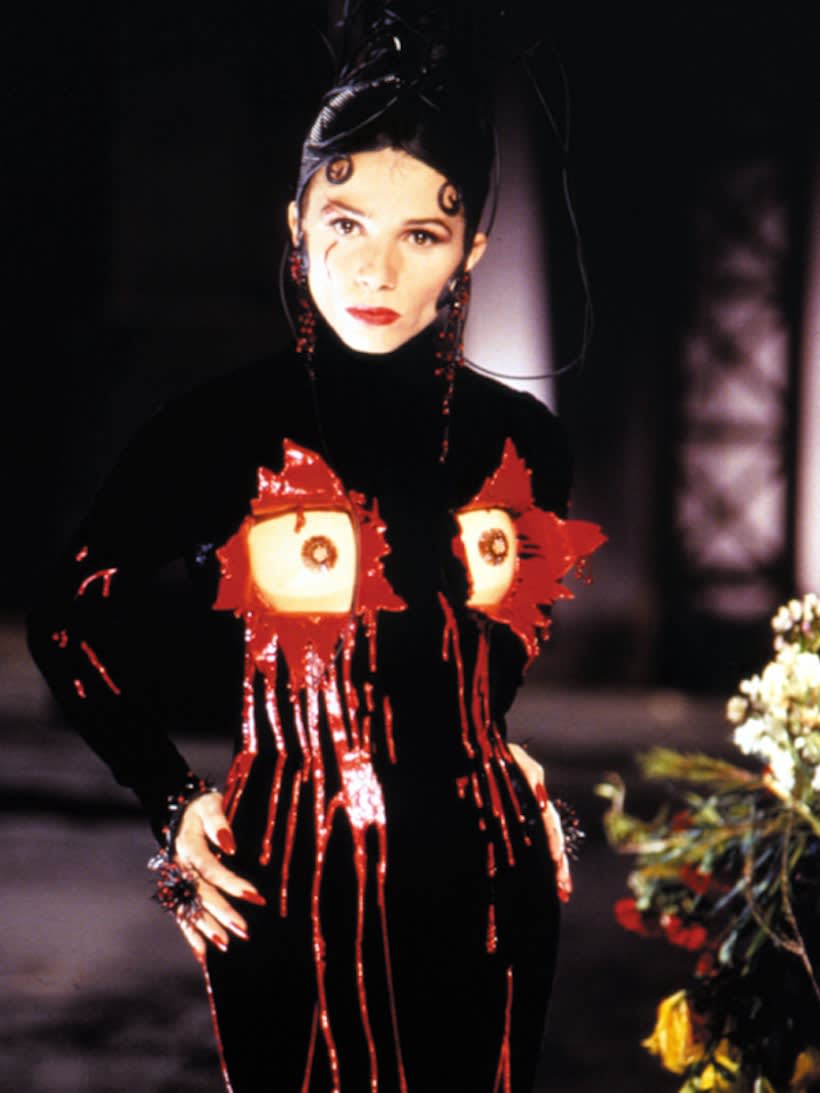 Iconic fashions have been the foundation of Hollywood films for decades. From entire casts outfitted by American costume designer Edith Head, to Audrey Hepburn’s Hubert de Givenchy-designed little black dress in Breakfast at Tiffany’s, Catherine Deneuve’s garments by Yves Saint Laurent in the 1967 film Belle de Jour, and Richard Gere’s iconic Giorgio Armani ensembles in American Gigolo, costumes are as fundamental to a film as a compelling storyline and strong casting.

While many individuals outside of the fashion sphere know French designer Jean Paul Gaultier as the provocative creator of Madonna’s iconic cone bra, or the man behind a number of Kylie Minogue’s most vivacious stage ensembles, Gaultier has cultivated an equally prolific career designing costumes for prominent films. Having worked on a handful of movie sets since the early 1990s, some of Gaultier’s archetypal designs throughout his career have been produced for the big screen. From individual garments worn by leading femme fatale characters to a collection of over 1,000 custom costumes for the 1997 sci-fi film, The Fifth Element, no creative task is too mundane or too extraordinary for the progressive mind of Jean Paul Gaultier.

The Cook, The Thief, His Wife and Her Lover

In 1989, Gaultier crafted couture costumes for a host of characters in Peter Greenway’s extravagantly controversial film, The Cook, The Thief, His Wife and Her Lover. The politically charged storyline, which counts references ranging from seventeenth century Dutch Masters paintings to contemporary PUNK fashion, demonstrates a radically surreal aesthetic, one that fuses high and low to an outlandish extreme. It is in Gaultier’s keen design intellect at employing the semiotics of fashion, that the plot comes to life through costume. The French couturier transcribed the film’s raw vulgarity and commodity fetishism through Georgina’s costumes – the female lead played by Helen Mirren – that incorporated bodysuits, cages, lush textures, bondage-style straps, corsetry and tight-fitting forms.

The Cook, The Thief, His Wife and Her Lover

In conjunction, the film’s focus on lavishly adorned, spectacles of excess were denoted in the wait staff’s ornate uniforms finished with cutlery-shaped buttons, and Georgina’s consistent outfit changes to match the color of her surroundings – white for the bathroom, green for the kitchen and black and red for the main dinning room – generating a monochrome composition throughout the scathing satire, akin to surrealist camouflage. 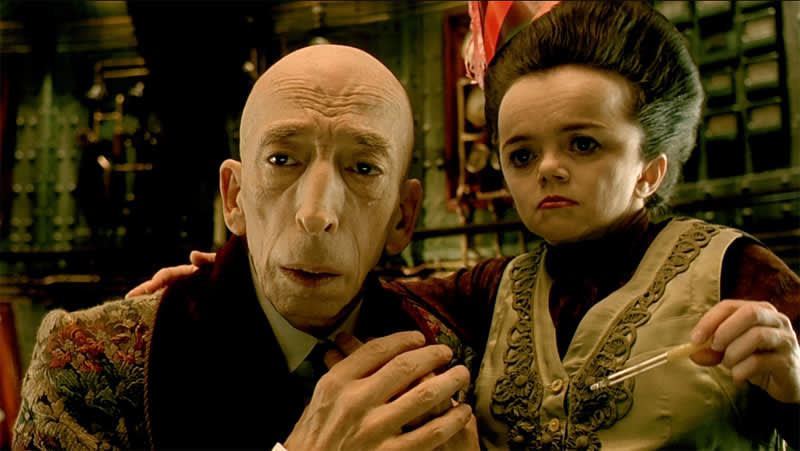 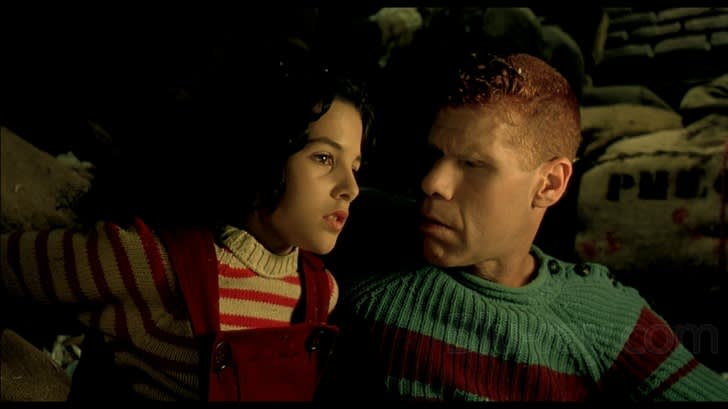 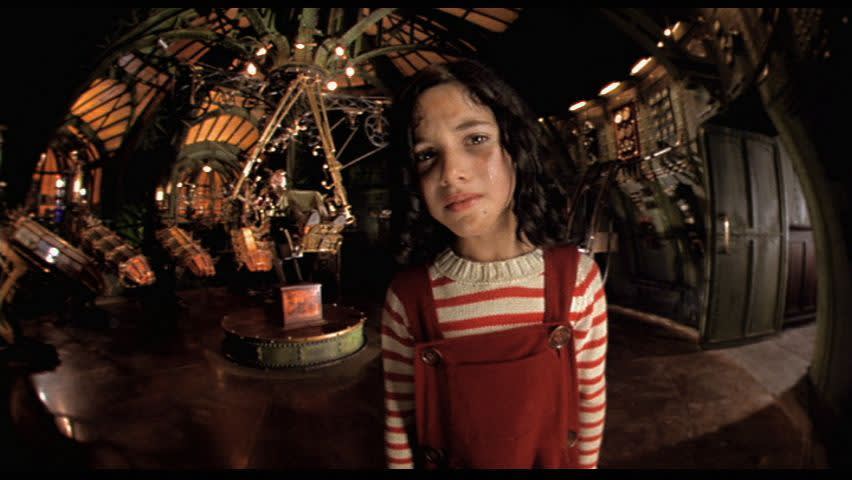 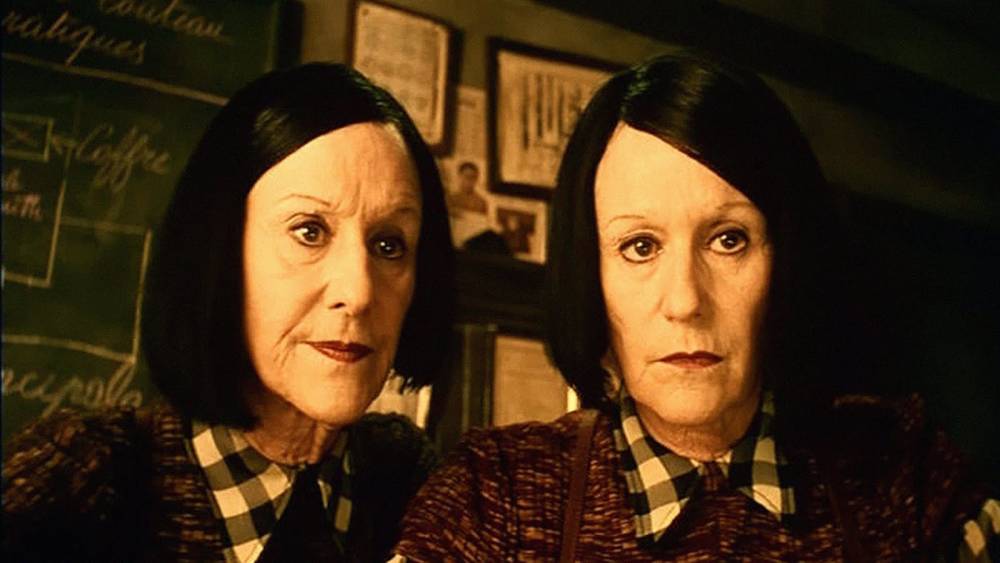 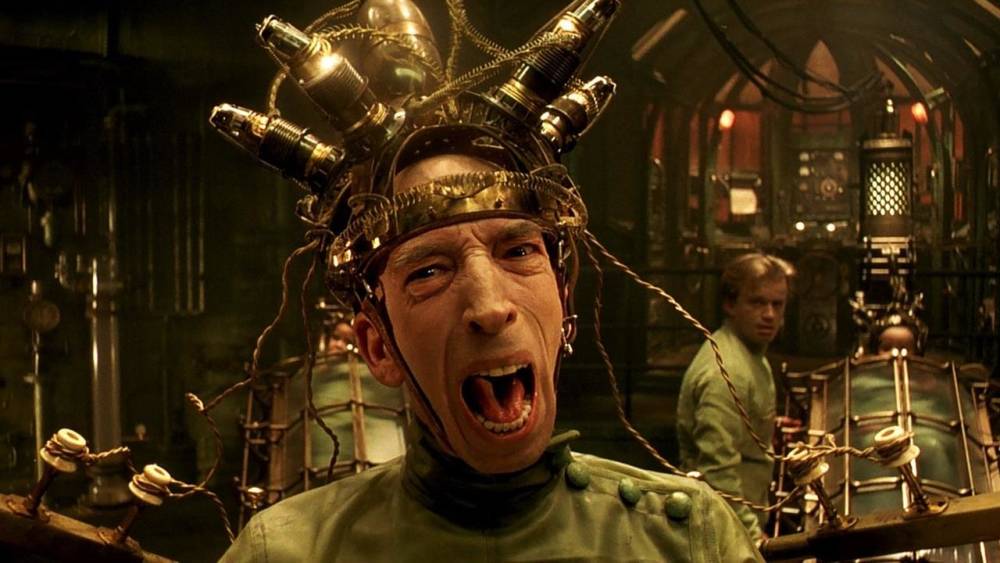 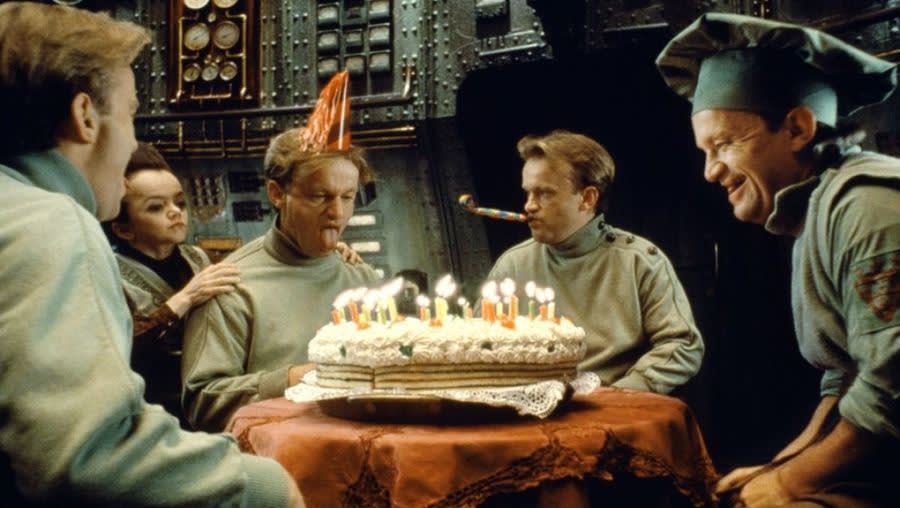 The City of Lost Children

Following the success of Gaultier’s costume designs for Greenway’s theatrical crime drama, the French couturier was selected by filmmaker Marc Caro to outfit the entire cast of Caro’s 1995 science-fantasy film, The City of Lost Children. Chosen on account of his knack for designing obscurely expressive costumes that compliment rather than overtake a film’s storyline, Gaultier crafted thoughtful looks for adults and children that focused on elements of extreme beauty. From structured lab coats for the film’s six cloned brothers and evil scientist, to perfectly cut tweed jackets for Siamese-twin sisters and a tiny Breton fishing sweater for the lead infant, each design was crafted from a mixture of inspiration, pulling from the elegance of specific time periods. Through his work on The City of Lost Children, a duality in Gaultier’s designs for cinema begins to emerge; the films in which he works influence Gaultier’s designs for his fashion house, as much as his personal aesthetic influences each film. 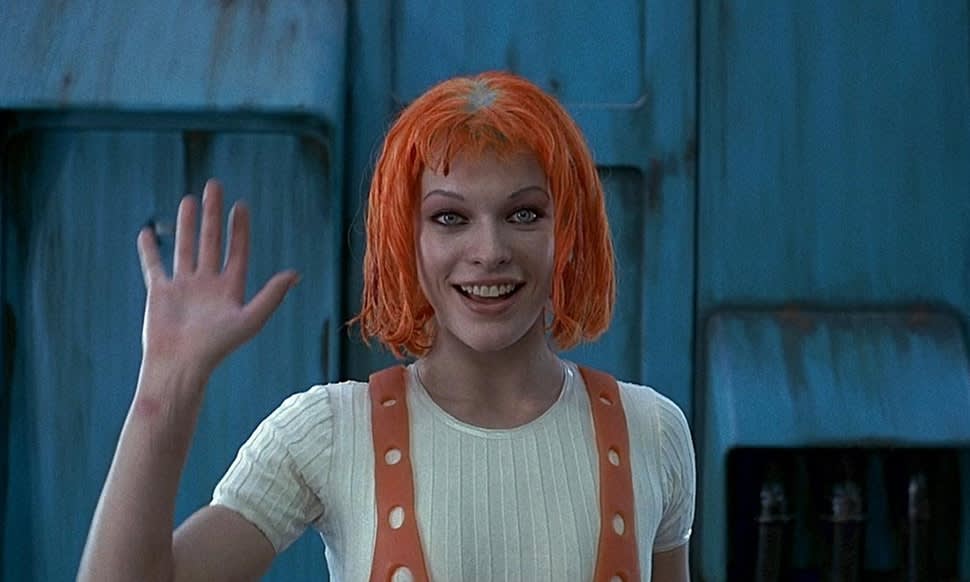 Jean Paul Gaultier’s most prolific costume project to date came in 1997 for Luc Besson’s Sci-fi film set in the 23rd century, The Fifth Element. After producing over 8,000 initial drawings, Gaultier and Besson narrowed down the selection to 1,000 looks, worn by the film’s main characters – played by Milla Jovovich, Bruce Willis and Chris Tucker – as well as the entire cast of extras. Gaultier’s transgressive, sexualized aesthetic was most pronounced in his designs for Leeloo, the female lead played by Jovovich, who wore a white bandage bodysuit, while Chris Tucker was outfitted in extravagant, fetishized jumpsuits and Bruce Willis wore paired down looks of understated eroticism. 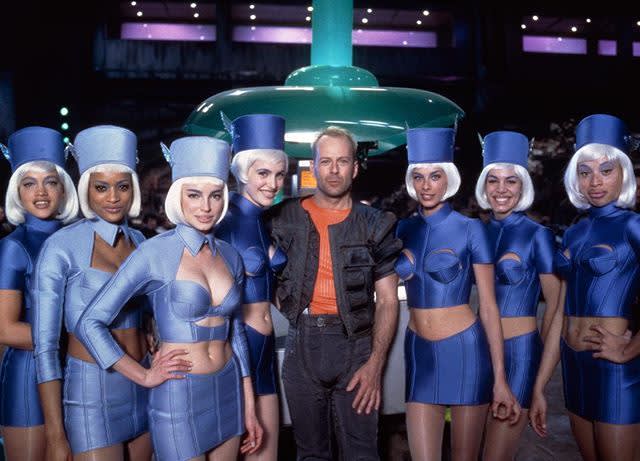 From the iconic ensembles worn by main characters to the futuristic looks for all 900 extras, the Gaultier-designed costumes for The Fifth Element still elicit conversation today as paramount examples of fashion transcending time and its importance in film.

The concept behind the film’s most iconic look, a black, bloodstained dress with plastic breasts shooting out of its chest like bazookas, was an idea borrowed from a look in Gaultier’s fall/winter 1989 show, titled ‘Women Among Women’. 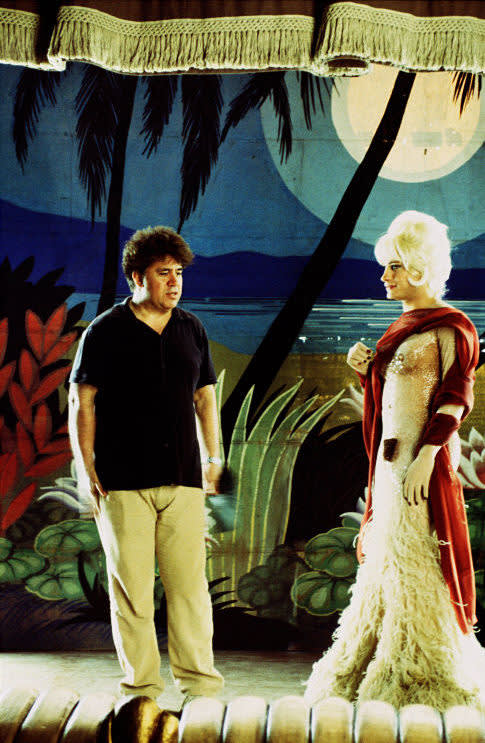 The French designer and Spanish director put their likeminded sensibilities to test, yet again, for Almodovar’s 2004 film Bad Education. Gualtier expanded on his trademark iconography and audacious design sensibility in the creation of the film’s iconic ‘Naked Dress’, worn by male actor Gael García Bernal who plays a transvestite performer. The Naked Dress depicts the character’s overt female desires on the façade of the garment; a cheeky, surrealist interpretation of sexuality that expands beautifully on Almodovar’s storyline.

The allure in Gaultier’s cinematic costumes lies in the French couturier’s ability to share his rich design sensibility and powerful aesthetic without overtaking the film's focus. Gaultier puts himself at the service of the director, storyline and cast of characters, to design iconic costumes of masterful integrity and immense humor. 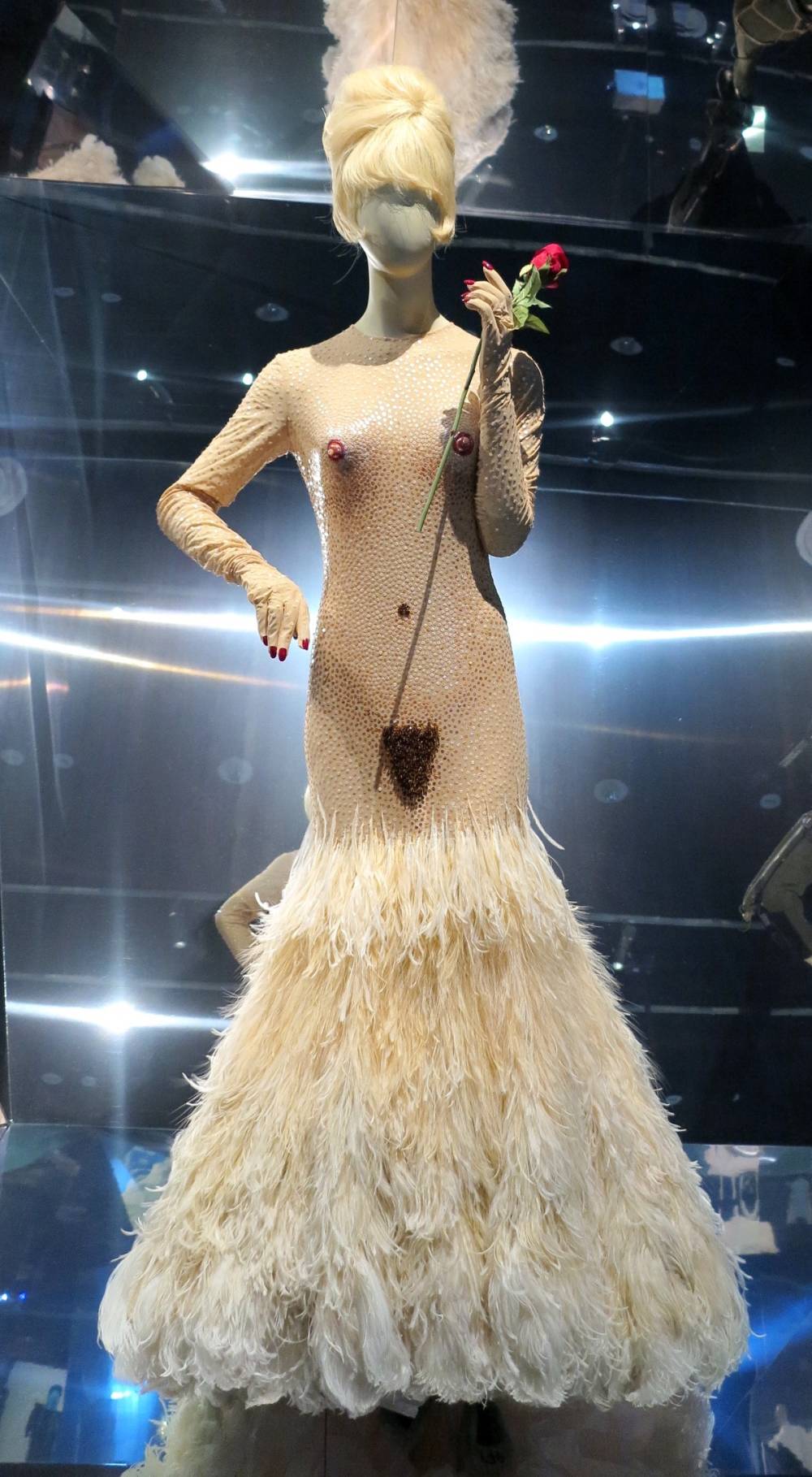 The Naked Dress from Bad Education