The Origin of Art Meets Commerce in Lower Manhattan

Around 1983 Keith Haring became well aware that his work had entered popular culture. As imitations of his style quickly began popping up around the globe, Haring’s artistic hand had become somewhat of an international vocabulary. While the nature of Haring’s practice as a graffiti artist formally registered his work as gifts to the world, Haring noticed as his popularity grew his public drawings began to disappear from their intended environments, extracted from their natural habitats and into the hands and homes of opportunistic Sunway-goers. By 1986 Haring stoped drawing in subways entirely and began focusing on a retail concept called the Pop Shop. 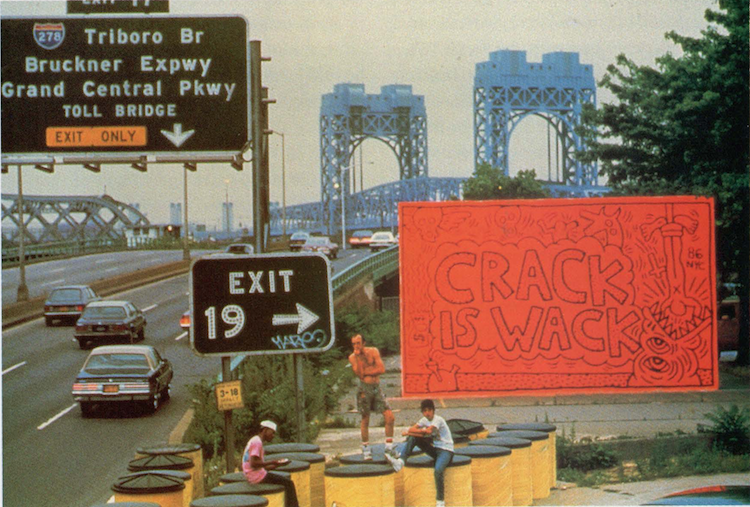 Haring decided to endorse the fact that his work had entered the sphere of popular culture and, upset only by the poorly rendered imitations of his style, decided to participate, employing commerce as a mode of bringing art to the streets of downtown New York. Haring saw the Pop Shop as a natural progression of his existing practice, a place that, like the Subway Drawings, was meant to foster a communication and a shared experience between, say, an established art collector and a young kid from the Bronx, a place where both individuals could go and feel welcome.

Haring sat on the idea for over a year, knowing that in order to keep the respect of his fellow artists and patrons he would need to create a unique space which avoided any element of crass commercialism. The artist began investigating what products he could make that would work on an artistic level while still communicating from a Pop Culture angle. Haring decided on inflatable baby toys, toy radios, a wide variety of t-shirts, which the artist looked at as a wearable prints – seen as an object – as well as endless amounts of buttons, stickers and magnets. Each item had a level of kitchy sophistication that strengthened his overall message as opposed to cheapening it. 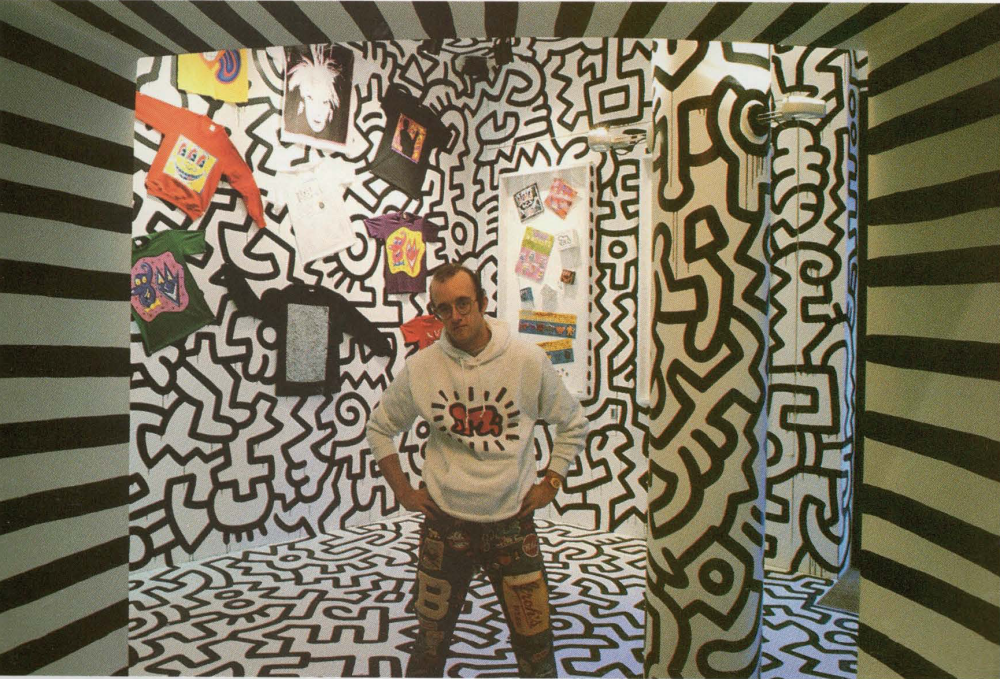 Finally, in 1986, to much anticipation, the Pop Shop opened to the public on Lafayette Street just south of Houston. The space was such a success that Haring adapted the concept and took it halfway around the world, to the capital of street art and pop culture, Japan. The Tokyo Pop Shop opened its doors in 1988, with special products related to Japanese culture. Haring sourced kimono makers and fan makers who supplied him with products printed with his designs, the artist also designed sets of slippers, which shoppers wore throughout the store after being asked to remove their shoes at the entrance. Despite all of the original product and hand painted Keith Haring interior, the Tokyo Pop Shop closed within a year due to the vast amount of high quality fakes of Haring’s work available on the Japanese Market.

Haring returns to New York City in 1988 and slowly fazes out his focus on the Pop Shop to begin concentrating on a new body of public work, largescale outdoor sculptures. 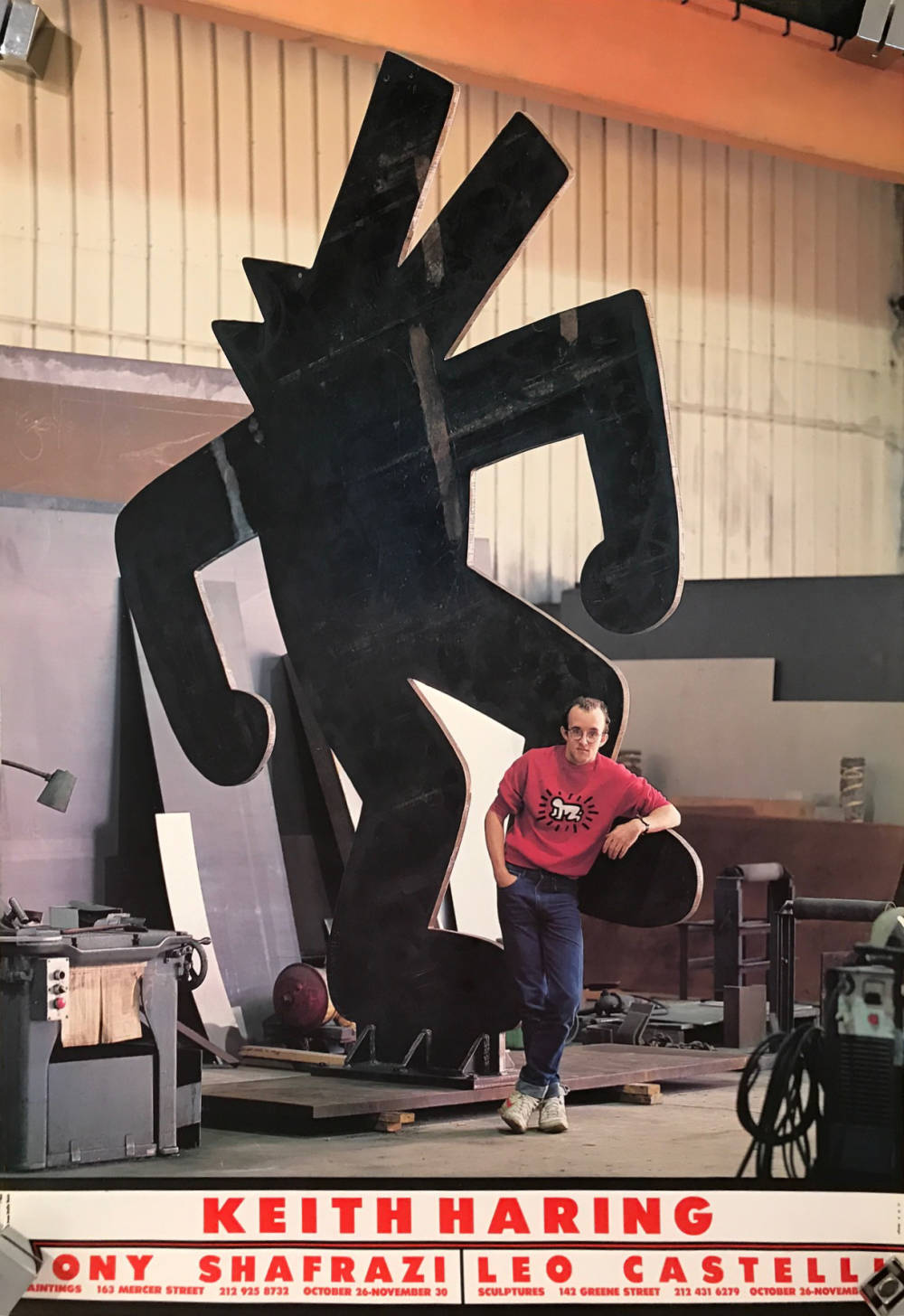