Architecture and academia go hand in hand. It is no wonder why so many prominent twentieth-century architects devoted significant amounts of time in their careers to designing and producing school furniture, in particular, the French Modernists of the 1940s and 50s.

One of the great structural innovators of this period was architect Jean Prouvé, praised for his all-inclusive, democratic approach to furniture design. Prouvé’s school desks and chairs were constructed from his hallmark materials, typically made of wood atop enamel frames of metal or tubular steel, and fit stylistically within Prouvé’s existing bodies of work, as was the case with the Compass School Desk from 1952. His pieces often included unique functional elements that spoke to their intended purpose, such as inlets for pencils and built-in, sliding iron inkwells, while many of the designs encouraged students to engage with one another and work together side-by-side, often sharing a single desk.

While Prouvé designed furniture for a number of schools in and around Paris during the 1940s and 50s, his contemporaries and frequent collaborators Le Corbusier and Charlotte Perriand were designing dormitories for Brazilian exchange students studying at the University of Paris. Just as Jean Prouvé was known for his exceptionally democratic designs, Le Corbusier was heralded as the father of functionalism. Together with Perriand, he constructed highly flexible work environments that doubled as living space.

The duo structured individual dorm rooms off of a modular design scheme and utilized durable, industrial materials, such as aluminum, concrete and plastic. The room’s large, fitted furniture always served multiple functions, one example being a sizable bookcase which doubled as a storage unit, a wardrobe and a room divider. The brightly colored plastics of the unit’s drawers embodied the designer’s strategic use of color to define functional zones. Le Corbusier’s heightened attention to compact planning and layout coupled with Perriand’s intentional use of mixed materials and a specific pallet of colors created an idealistic environment known in 1959 as the study bedroom. As was the case with architectural idealism, Corbusier and Perriand approached their craft with the belief that good design coupled with good architecture had the power to positively impact people’s daily lives. 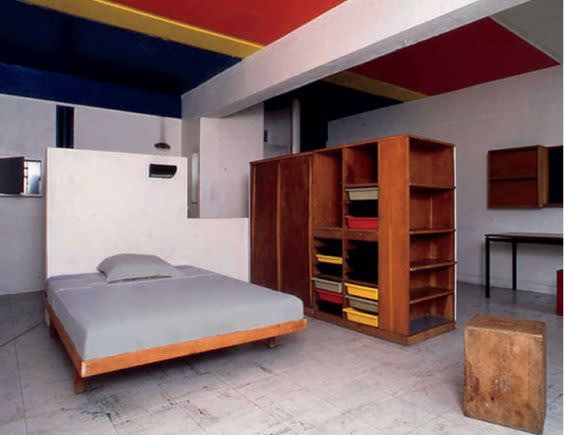 During the early 1950s Le Corbusier set out on a massive urban-planning project in Chandigarh, India with his cousin, fellow architect Pierre Jeanneret. Though Corbusier abandoned the project a few years in, Jeanneret stayed on as chief architect and remained committed for 15 years until the project’s completion. Amongst the numerous low-cost buildings and furniture models Jeanneret was hired to produce, he was also responsible for designing a significant amount of Panjab University in Chandigarh, in particular, the University Library and the School of Architecture. 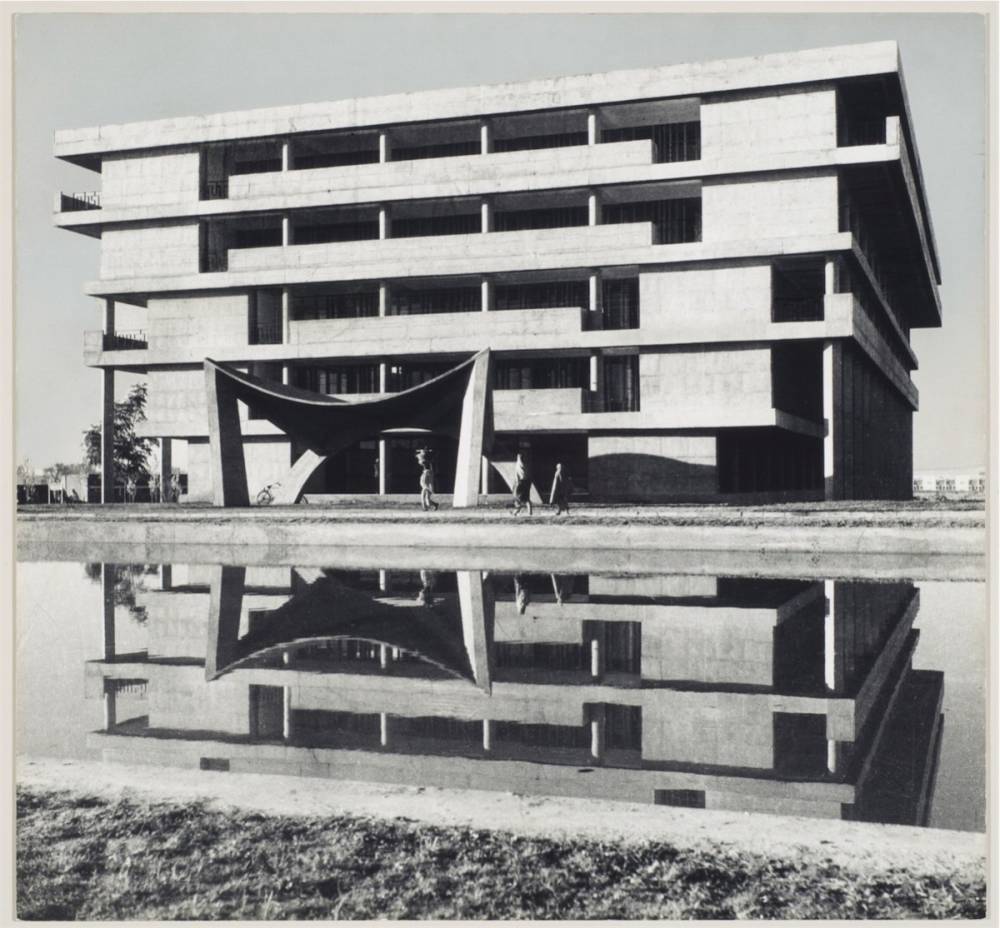 It was here, through the design of school furniture, that Jeanneret developed his trademark modernist aesthetic based on the geometry of diagonals. Each of Jeanneret’s designs was rendered in wood, some with woven components, and included geometric elements in the forms of V-legs and X-supports. From his writing chairs and armchairs to the Architecture School’s administrative desks and the Library’s illuminated reading tables, the architect formulated his unique visual language that became an international success, forever proving Jeanneret and the town of Chandirgarh to be significant players in architecture and design. 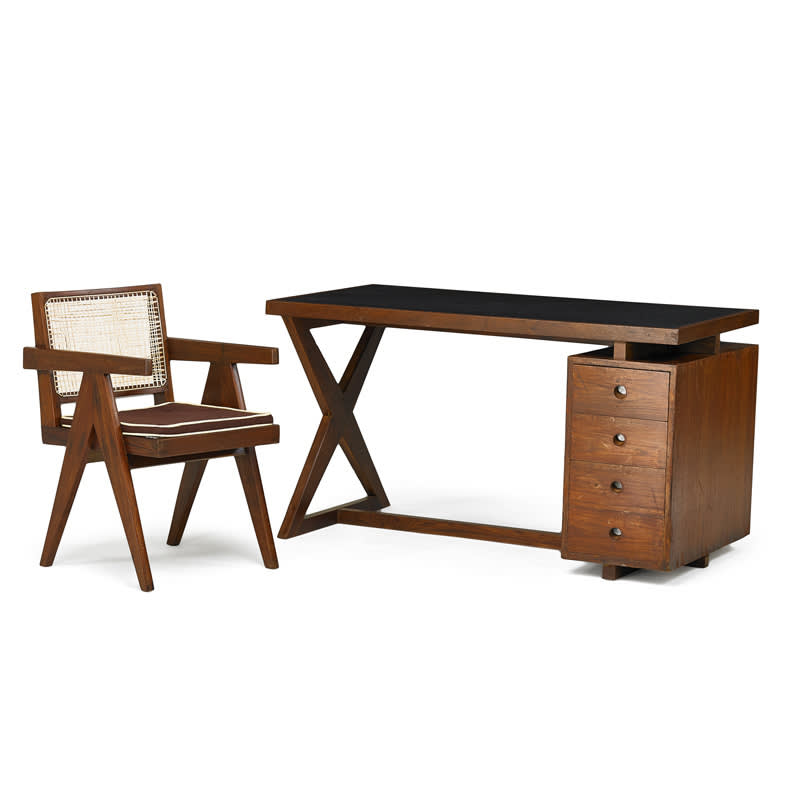 Administrative Desk And Armchair From The Architecture School At Chandigarh, 1960s 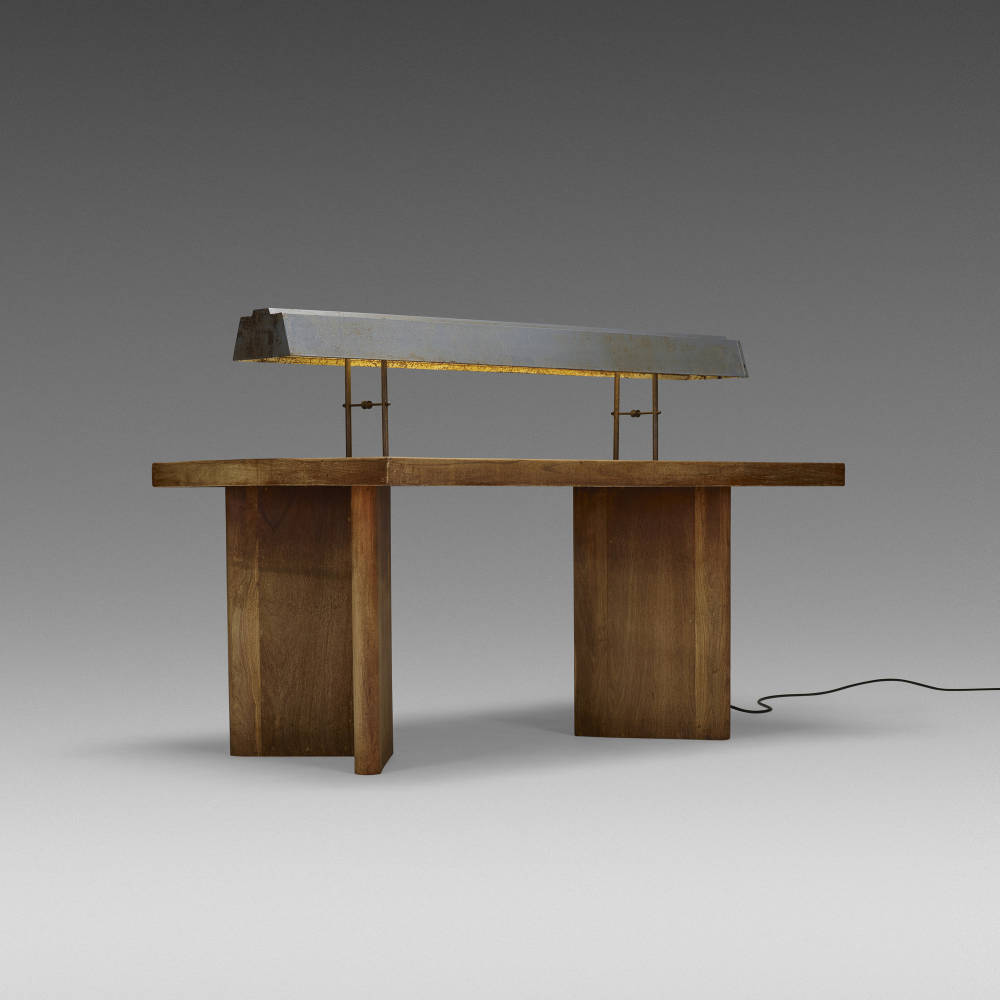 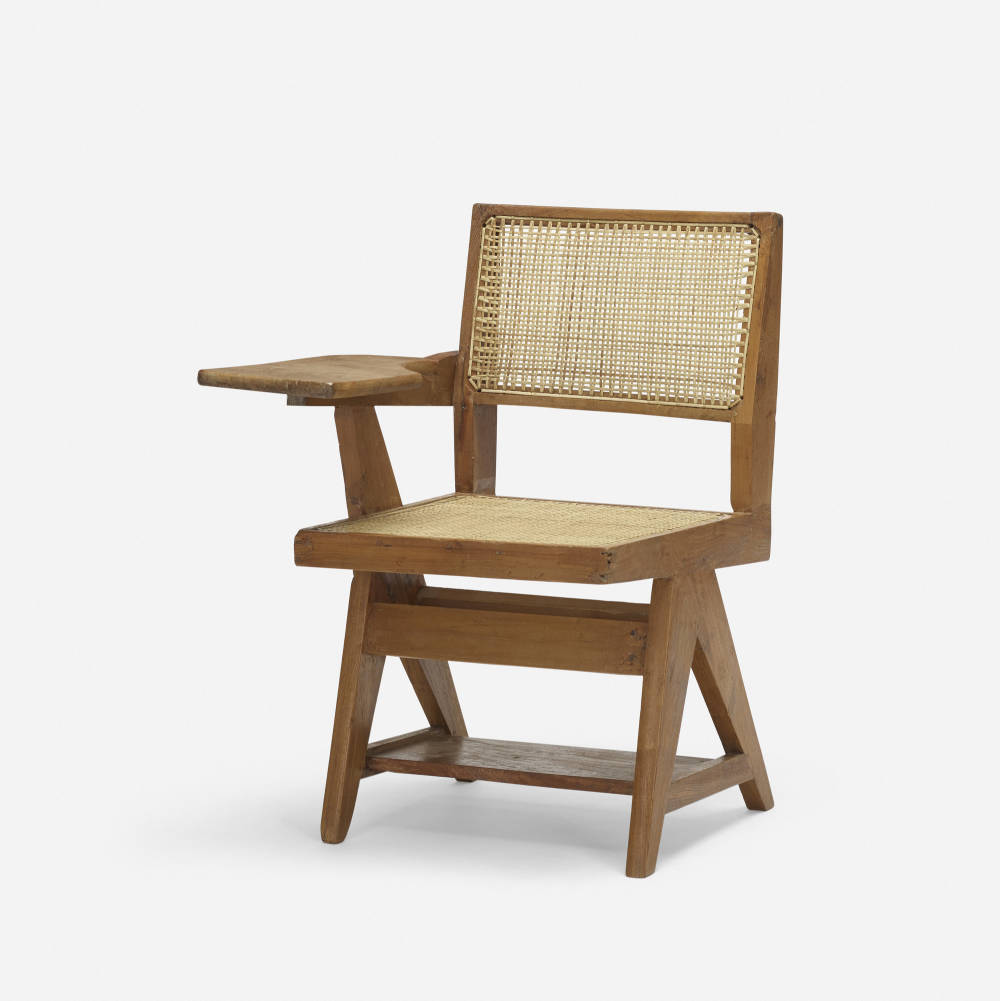 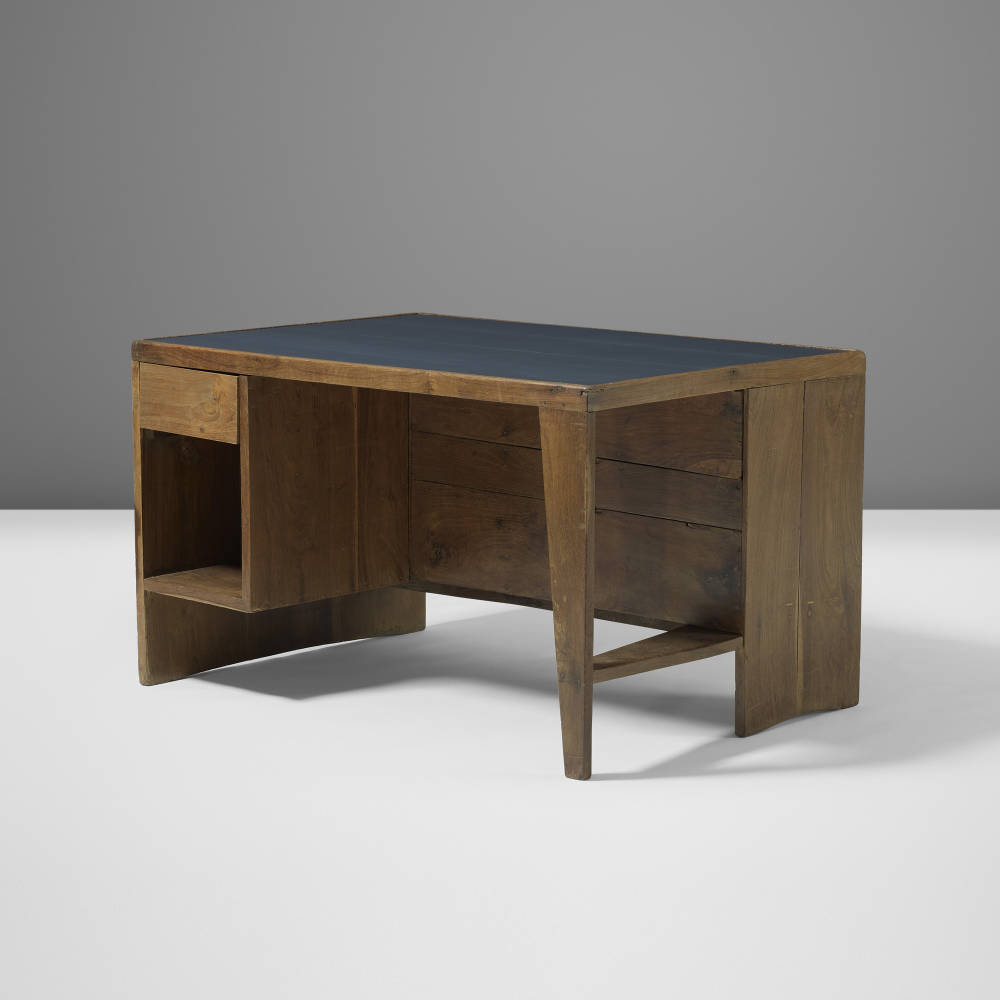