The 1940s were a time of innovation driven by necessity. With resources scarce and conspicuous consumption at a standstill, industries of excess were hit hard by financial calamity and forced to adapt. During this period, iconic American furniture designer Harvey Probber impacted the future of interiors with the invention of modular seating.

Harvey Probber was the first to break down seating design into simple, geometric forms, known as modules. While single modules served little purpose, the nineteen individual elements that made up Probber’s original design set could be assembled together in a variety of formations providing consumers with tremendous variability. This innovative approach to furniture design focused on how seating components could be separated and clustered in a bespoke manner, while still maintaining geometric and angular forms. 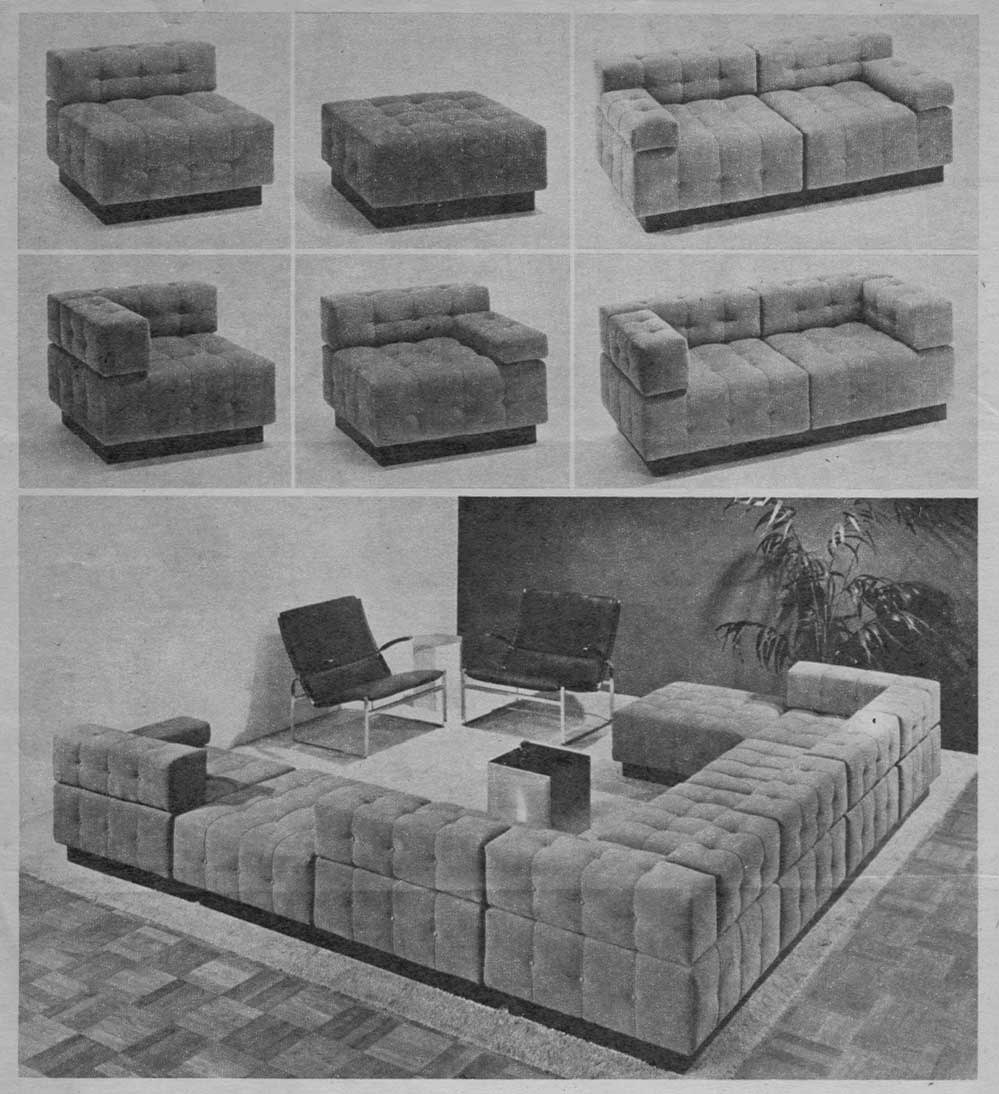 Optimizing the world of interiors at a time of tremendous economic hardship satisfied consumers and solidified Probber as a leader in the development of the modern interior. Probber’s designs continued to evolve from the 1940s through the 1970s, first with the addition of tables and pedestals to his modular seating arrangements, and second, with the introduction of new materials and finishes. 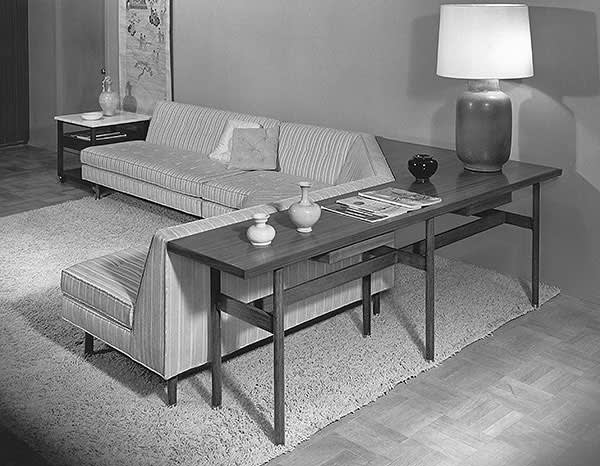 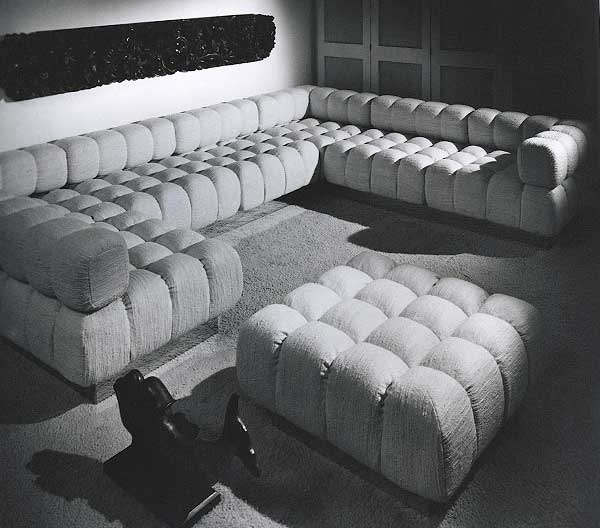 Around the same time that Probber began to revolutionize the world of adaptable interiors, European couturiers started experimenting with clothing designs that could easily metamorphose. Elsa Schiaparelli, with design experience dating back to the days of the depression, began producing interchangeable garments that could be worn in various manners – skirts that doubled as capes and jackets that turned into headdresses – while Cristóbal Balenciaga embraced the philosophy that clothing at a time of need had to be adaptable, designing dresses with detachable skirts, and garments that could transition easily from day to evening.

This modern approach to furniture and clothing design in the first half of the twentieth century even became more prevalent in the decades to follow. Some fifty years later, in 1997, when Martin Margiela was hired as creative director of Hermès, Margiela employed a similar design philosophy with the introduction of a niche category of garments known as the ‘transformables’. During his six years at the helm of the French fashion house, Margiela designed transformable garments that could be worn in multiple ways and often served double and triple functions.

Garments, specifically jackets and coats, lined in the same fabric as the material on the outside, were known as ‘double de même’. This finishing technique disguised all interior stitching and seams, allowing the garment to be reversed and worn comfortably on either side. Margiela also introduced the idea of ‘variable geometry’ in fashion design, when he conceived porté par deux, ensembles which included two identical garments often worn over one another, providing the wearer with greater variability. 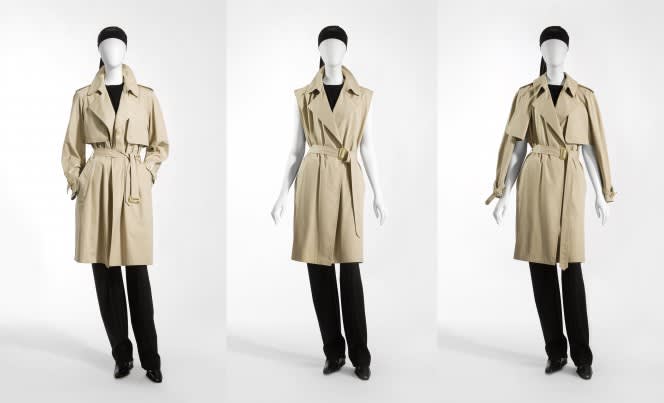 Certain styles were designed with multiple functions, such as a transformable trench coat from Spring/Summer 2003, which included detachable sleeves and alternative armholes, allowing the garment to serve its traditional purpose, as well as to be worn as a cape or a vest. A number of classic outerwear pieces were designed with detachable collars and hardware, ranging in material from metal to leather, to become minimalist garments in seconds.

These transformable design marvels favored attention to technique and consistency of form, which epitomized Margiela’s creative ethos during his tenure at Hermès. Collectively, Martin Margiela and Harvey Probber’s approach to their respective crafts was to create products that offered multiple variations to a singular, basic design. Both examples of true ingenuity throughout the history of furniture and fashion design.