A Locket of Hair by Alexander McQueen 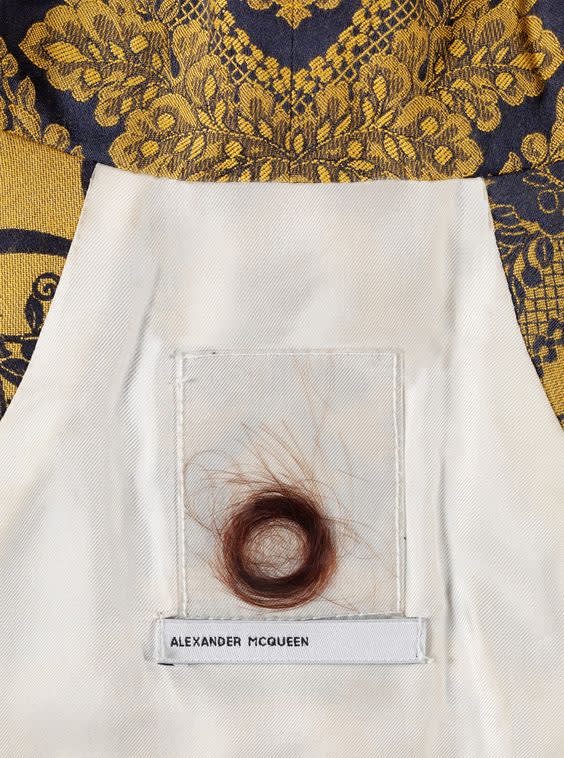 A Locket of Hair Inside an Alexander McQueen Jacket

Always eager to embrace a zany story line, the garment tags used by Lee “Alexander” McQueen in the early years of his career were made of plastic and human hair. The late British fashion designer, who graduated from Central Saint Martins in 1992 – his final collection at school was bought in its entirety by Isabella Blow – immediately launched his namesake fashion house under his middle name, Alexander, by which he later became famous.

Sewn to the lining of garments from his earliest collections are methodically coiled lockets of hair encased in Perspex; a number of these pieces were included in opening gallery of The Costume Institute’s Savage Beauty exhibition in 2011. The inspiration behind this avant-garde gesture came from the Victorian era when prostitutes would sell their kits of hair locks, which were purchased by individuals to gift and exchange with their lovers. In his earliest collections the hair came from McQueen’s own head. 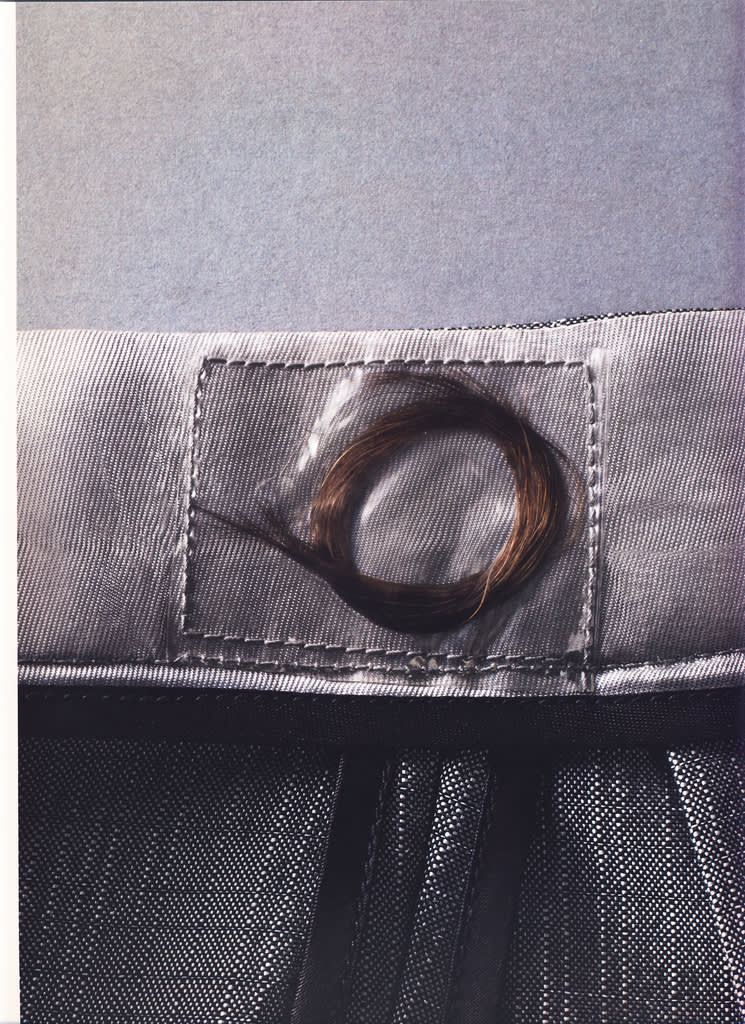