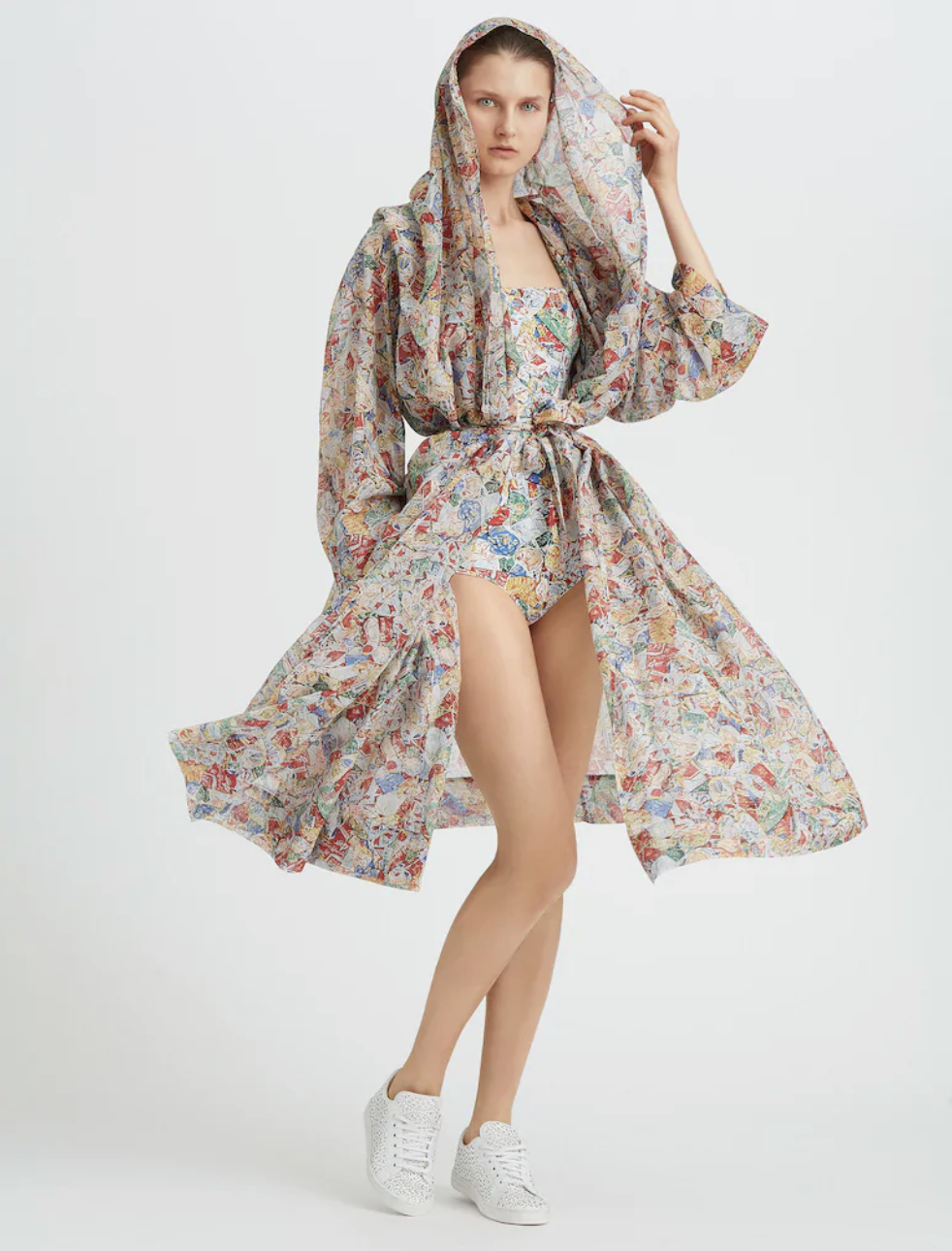 The most successful collaborations are born out of mutual admiration and respect. Art and fashion have a history of ‘borrowing’ from each other’s mediums, but it is when two likeminded creatives join forces for a collective purpose that true, everlasting beauty is born. Such was the case in 1985 when couturier Azzedine Alaïa and sculptor César Baldaccini came together on a collection known as the “Impression Compression.”

Hailing from a family of wheat farmers in Tunisia, Azzedine Alaïa took an unexpected liking to fashion and art early on. Encouraged by family friends to pursue a career in either field, he took up sculpture at a young age and moved to Paris in his early 20s to apprentice for Christian Dior. After working for leading fashion designers such as Guy Laroche and Thierry Mugler, Alaïa opened an atelier out of his apartment in 1979 and presented his first ready-to-wear collection a year later. His trajectory to fashion world stardom was instantaneous, and by 1984 the young Tunisian was voted Best Designer of the Year and Best Collection of the Year by the French Ministry of Culture. 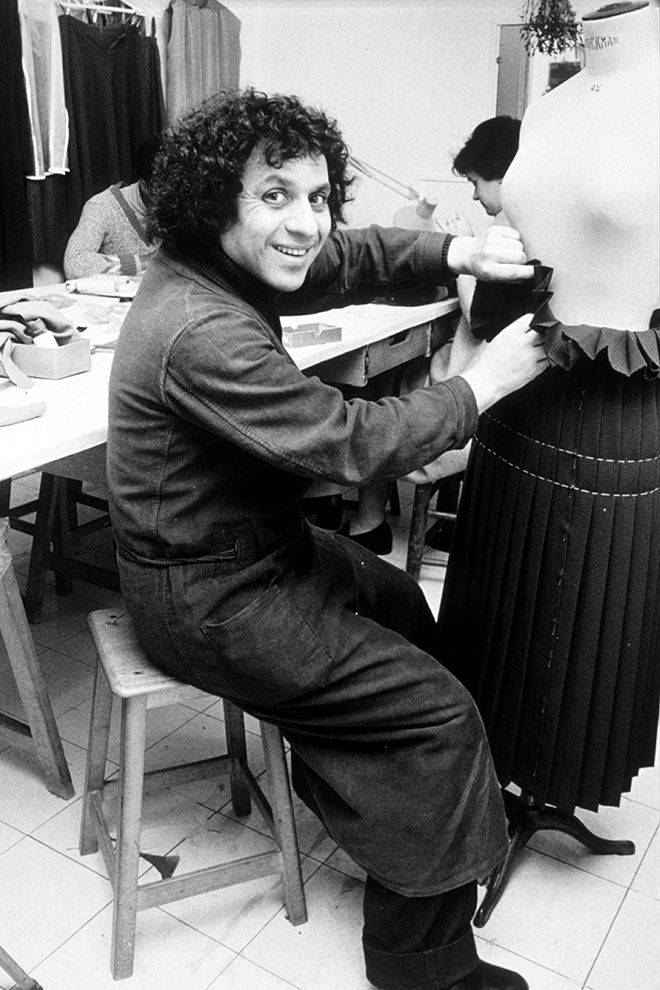 Portrait in his studio

Known as widely for his figure-sculpting dresses as for his rebellious tendencies – a famously private figure, he would often work alone in the middle of the night and refuse to follow the Paris collection calendar – Alaïa’s body-conscious silhouettes fit the female form like a second skin and came to define 1980s fashion. His background in sculpture proved indispensible to his success as a couturier, as well as his everlasting journey as an art-lover and avid collector. 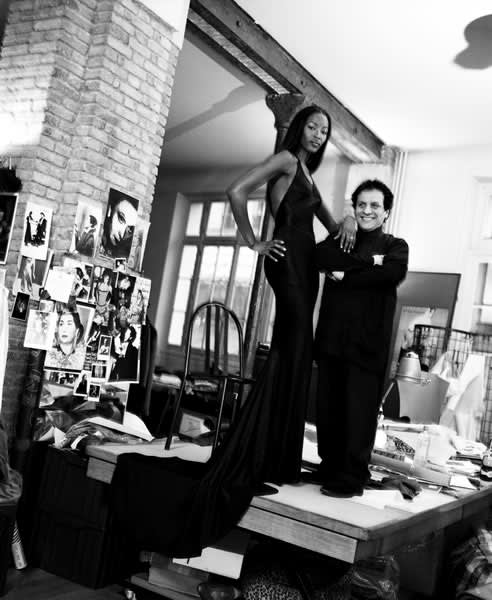 In his studio with Naomi Campbell, 1980s 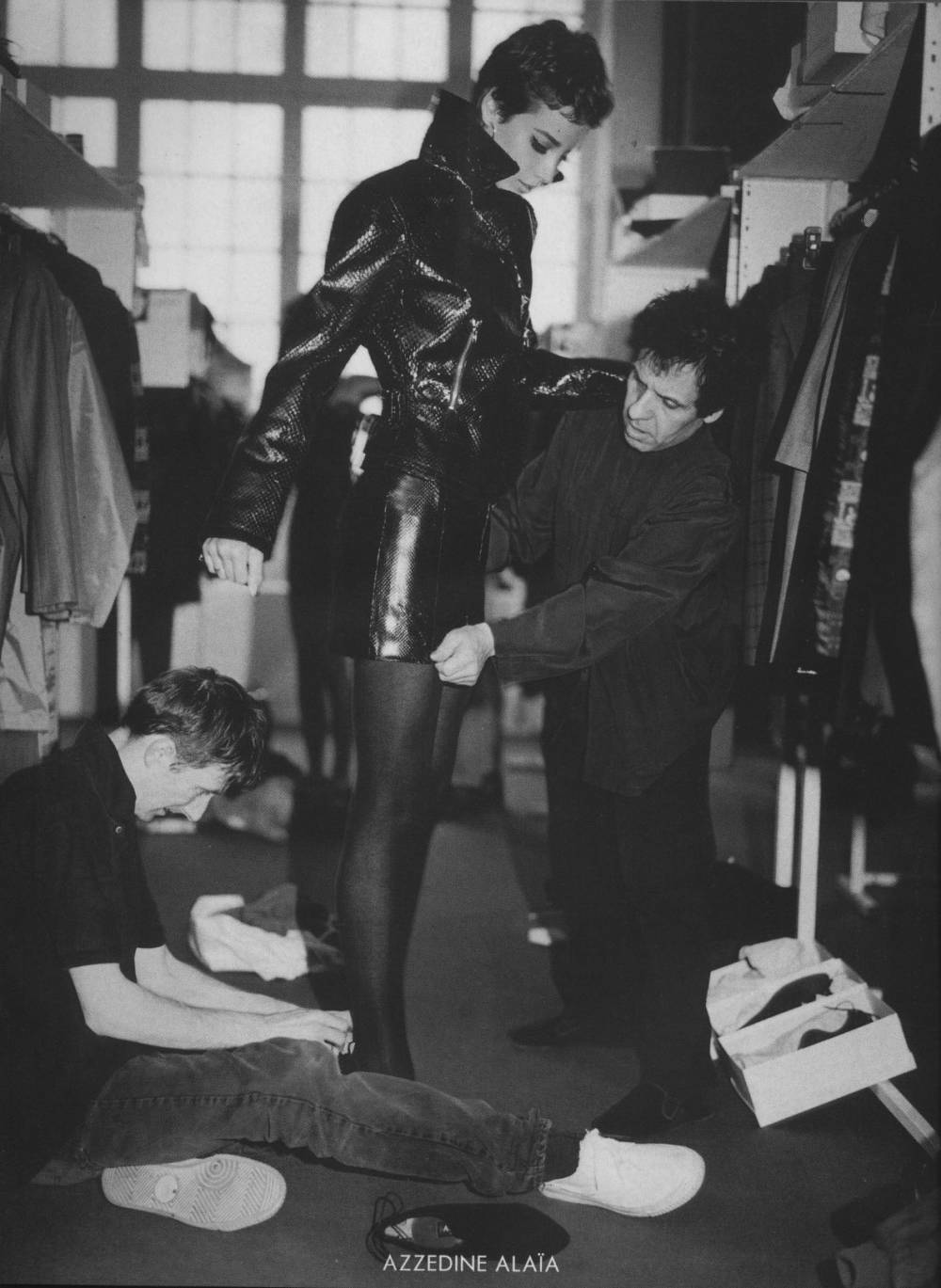 Azzedine Alaïa in his studio, 1997

Throughout his career, Alaïa was feverishly inspired by his friendships with artists, musicians, architects, and writers, leading to a number of notable collaborations. From hiring Andrée Putman to design his first Paris boutique in the 1980s, to fostering a lifelong friendship with artist Julian Schnabel – Schnabel’s artwork still decorates the late designer’s Rue de Moussy headquarters – and enlisting industrial designer Marc Newson for countless collaborative projects, Alaïa understood the importance of working with individuals he respected. Thus, it comes as no surprise that in 1985 the first of such partnerships he embarked upon was with his close friend, sculptor César Baldaccini.

While the two bonded over their deep Mediterranean heritage, Alaïa and César also shared likeminded sensibilities for sculptural forms, fine art, and good food. One night during a visit to Azzedine’s famous kitchen beneath his Paris atelier, where the designer would often spend hours preparing dinner for friends, César and Alaïa conceptualized their “Impression Compression” collaboration. Inspired by César’s compression series, in which he turned cars, cans, metal objects, and discarded scraps into sculptures, the artist executed two-dimensional compression works on paper for Alaïa to then print atop fabric and use in his forthcoming collection. César’s patterns and Alaïa’s designs epitomized the blend of their collective genius. The “Impression Compression” collection demonstrated the mastery of their individual aesthetics while bringing them each to new heights.

While César passed away in the early 1990s, his legacy lives on in his work, as well as through the César Manrique Foundation in Les Palmas, Spain. Likewise, Alaïa’s untimely death in 2016 left behind his namesake brand, a rich archive, and the Association Azzedine Alaia, a museum honoring the designer’s career and legacy. Consider it no coincidence that Cesar’s surrealist sculpture “The Breast” welcomes visitors to the Association Alaïa, accessed through the courtyard of the building Paris’s Marais district where Azzedine lived and worked until his final days.

The Breast, at the Association Azzedine Alaïa