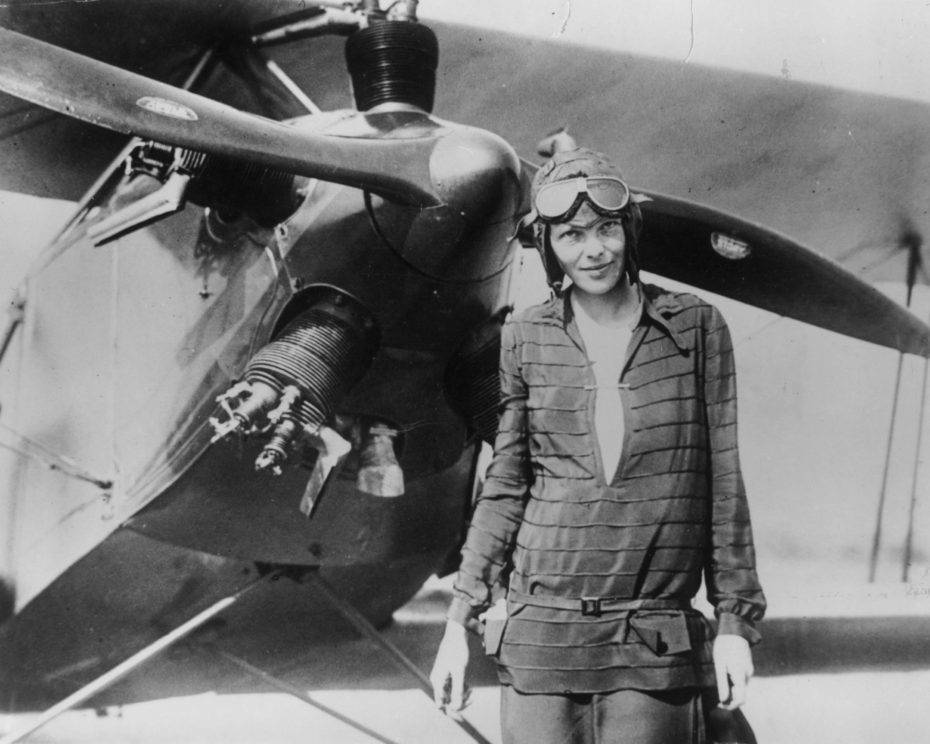 Amelia Earhart stands in front of her bi-plane called “Friendship”

In May 1923, Amelia Earhart became the 16th woman in the world to be issued a pilot’s license. A mere five years later, Earhart was asked to be the first female to assist on a flight from the United States to Europe, catapulting the renowned pilot into immediate fame. Earhart’s 1928 trans-Atlantic expedition – for which she served as a passenger keeping the flight log – opened doors for her to become the aviation industry’s premier advocate for the collective acceptance of women flying, and, coincidentally, one of the world’s foremost innovators in contemporary fashion design.

Having to overcome disadvantages and cultural stereotypes as the leading female figure in a male-dominated industry, for her first flight, Earhart took nothing but a hairbrush and the clothing on her back; reluctant to bring excess baggage due to the unnecessary, added weight. As such, on each subsequent excursion the renowned pilot was forced to continue wearing her ill-fitting flying suit, or borrow clothes from women at her various destinations. 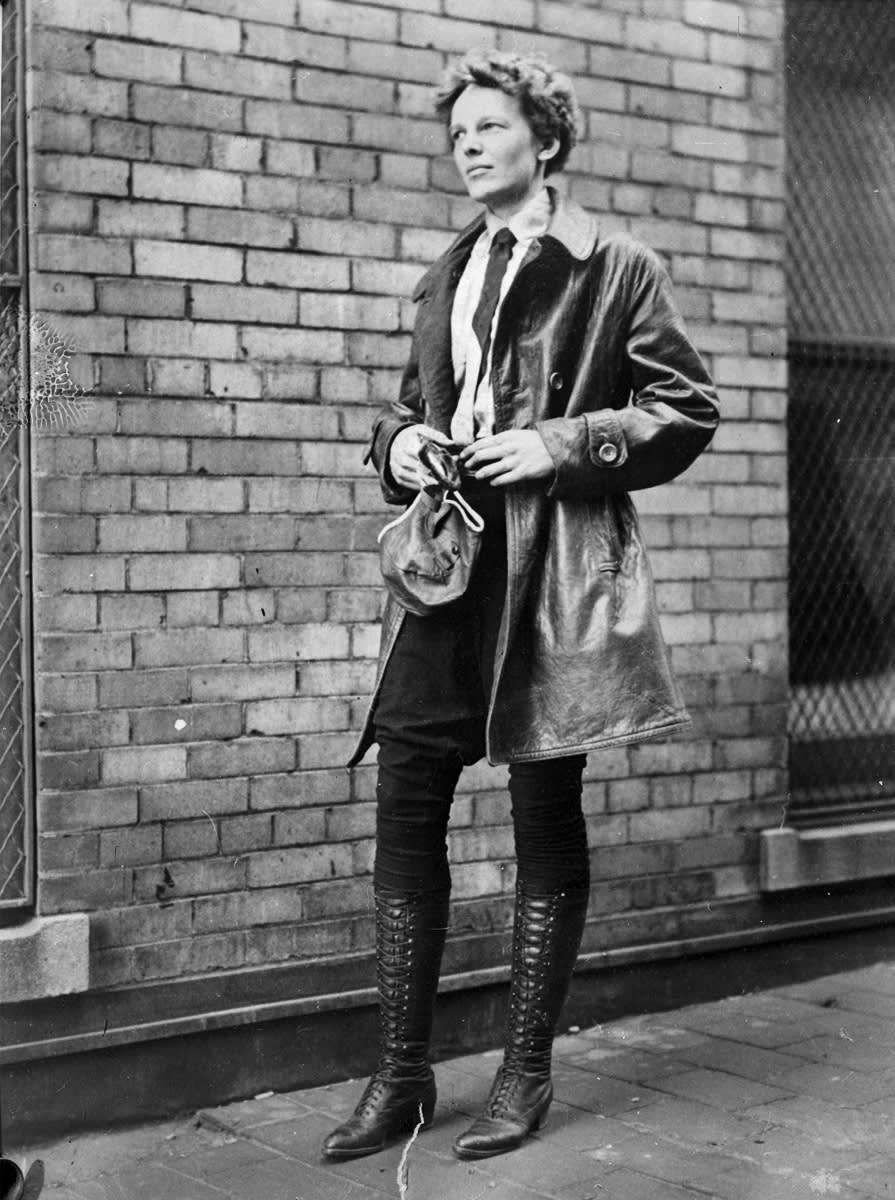 As one of the early 20th century’s foremost feminists, by the latter 1920s Earhart founded the ‘Ninety-Nines’ women’s flight organization, and in 1929, designed a two-piece aviation suit for each of its members. Unhappy with the ill equipped tailoring of existing flight suits – modeled for men – Earhart’s design put emphasis on practicality, featuring large pockets, loose trousers and a zipper top, with interlocking ‘9s’ across the breastplate. 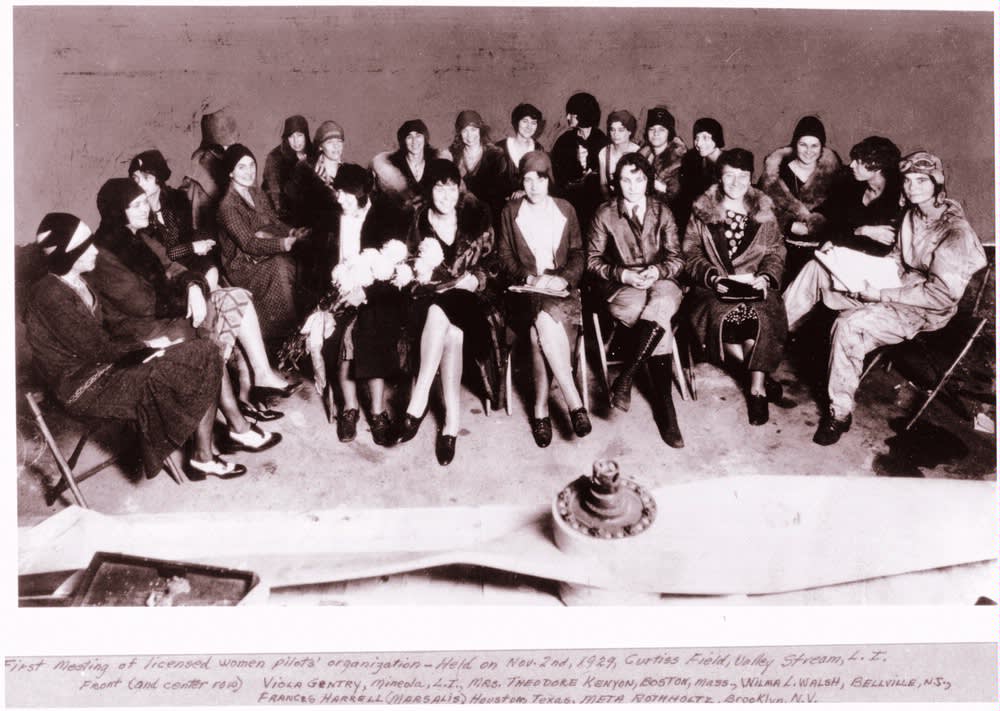 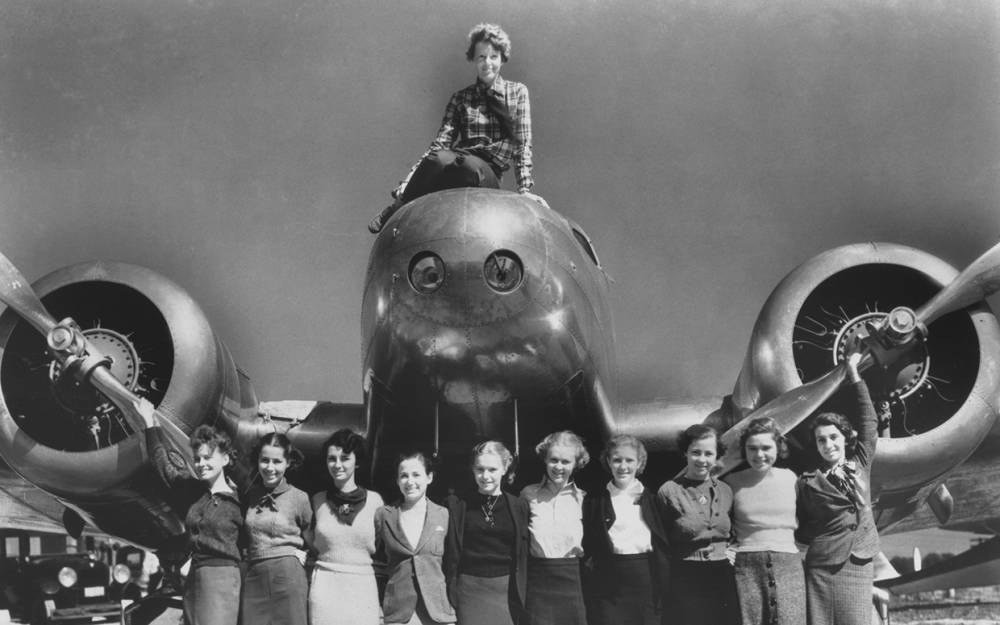 Posing at an Airplane

A longtime contributing editor of Cosmopolitan, Earhart’s first design was widely publicized and given a two-page spread in Vogue magazine. When the female pilot began using dress to court press attention, her rising international fame, in turn, garnered notable sponsorships around the world, with stores and brands clamoring to dress the aviatrix. As her celebrity grew, Earhart’s career as a pilot became codependent on her second calling as a fashion star, using clothing design to increasingly fund her day job. 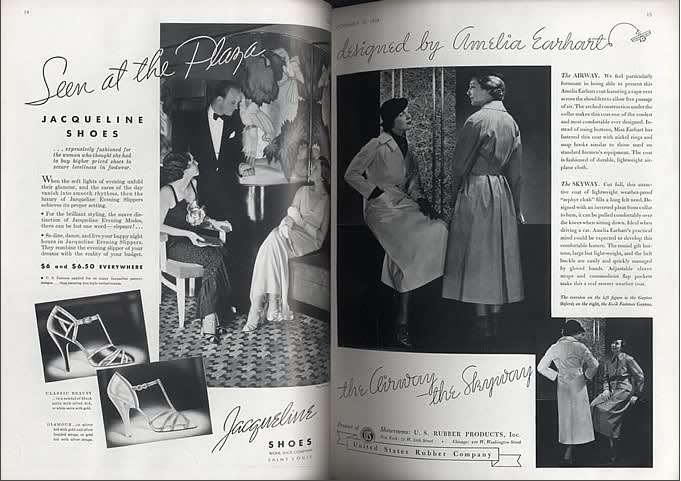 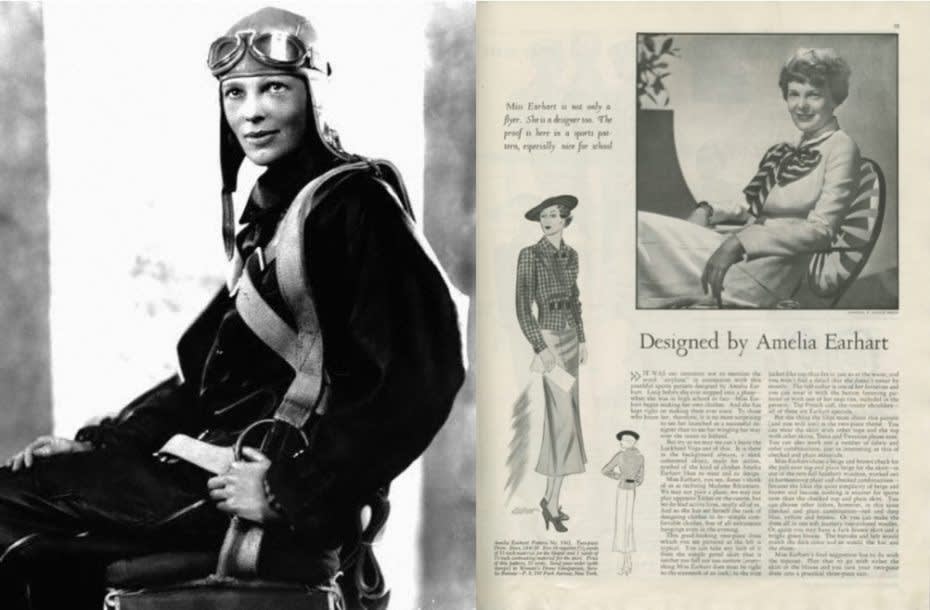 Inspired by her growing friendship with renowned fashion designer Elsa Schiaparelli – with whom the pilot often discussed the idea of practical clothes designed for active living – by 1933, Earhart launched a full-fledged fashion line out of her suite at the Hotel Seymour in New York City. While her workspace included only a sewing machine, a single mannequin and a seamstress, Earhart’s distinct vision was influenced by her clear-cut concept of style for function. ‘Amelia Earhart Fashions’ introduced modified clothing designed for real women, such as blouses with longer shirttails – a feature that was exclusive to men’s fashion of the time – preventing them from being easily un-tucked with the slightest movement.

Earhart’s designs, too, often made direct reference to her love of aviation, employing unconventional materials such as parachute silk and airplane wing patterns for fabric, ball-bearing belt buckles, and buttons shaped like propellers, undoubtedly a nod to Schiaparelli.

The pilot’s first collection of 25 outfits included dresses, skirts, pants and outerwear. Many of which reflected the designs of Earhart’s flying clothes and were made in washable materials, putting emphasis on both practicality and functionality.

In a Fitting for Amelia Earhart Fashions

While Earhart’s medium priced line – which generally ranged from $30 to $55 per garment – debuted at Macy & Co in New York City and went on to be sold in 30 department stores nationwide, Amelia Earhart Fashions unfortunately launched right as the US fell into the Great Depression. Adapting to her fan’s fluctuating economic means, Earhart ultimately made her sewing patterns available in magazines so her clients could save money by making the clothes themselves at home. Despite her best efforts to adapt, Amelia Earhart Fashions ultimately disappeared from store’s shelves shortly after making its debut. 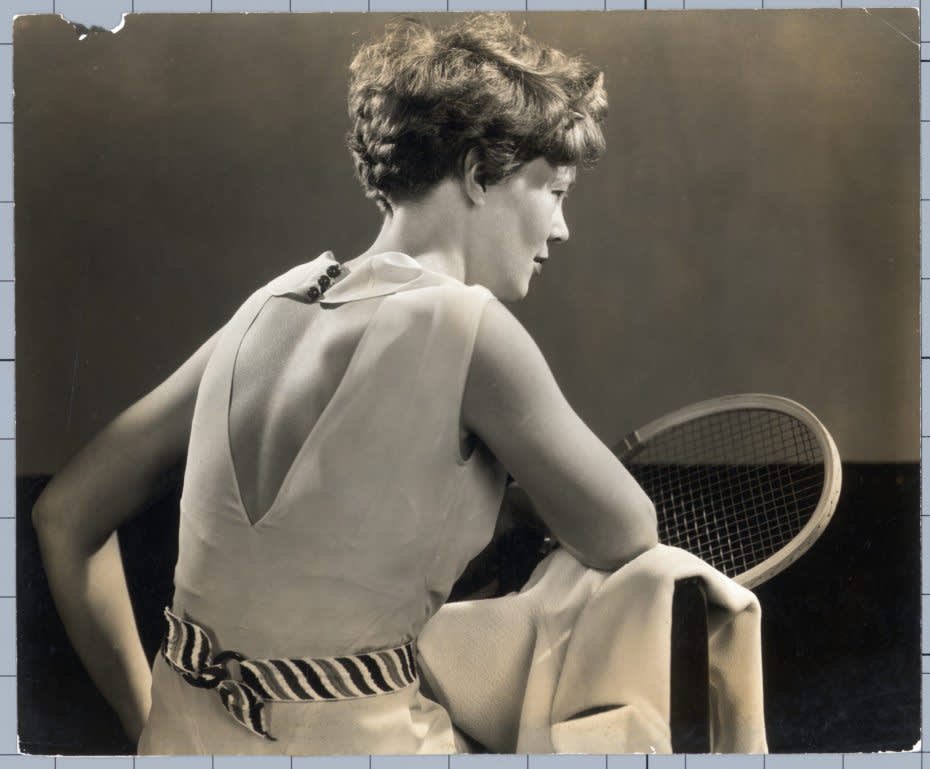 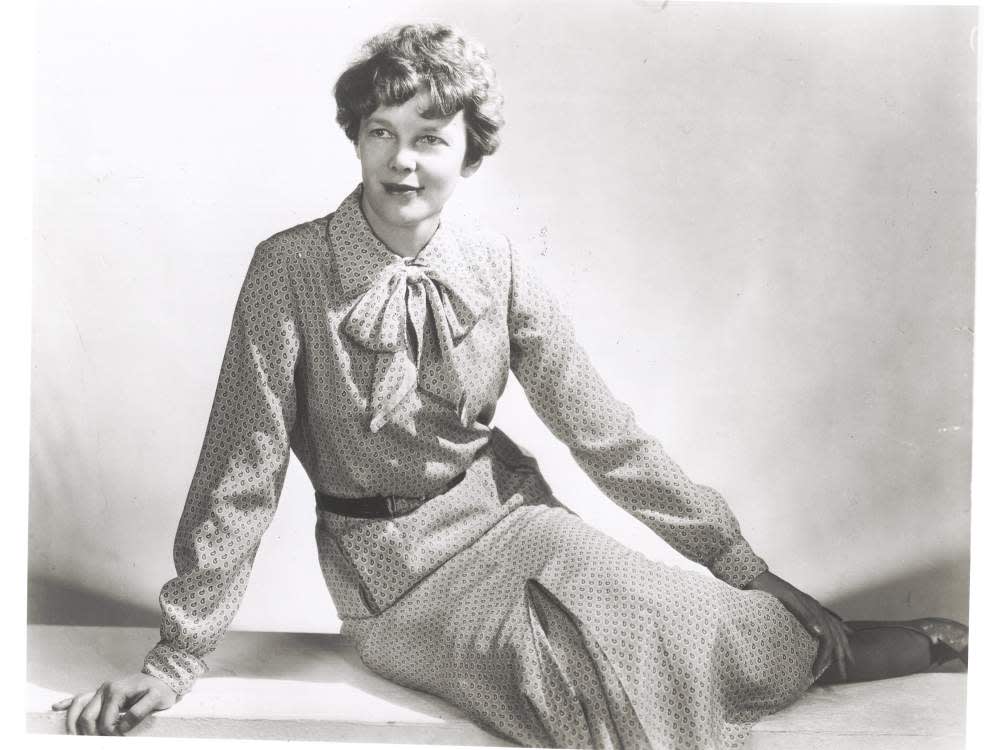 While Earhart’s goal was to create beautiful, functional clothing for women of all shapes and sizes, at affordable prices that didn’t reach ‘new altitudes,’ her unfortunate timing ultimately lead to the line’s failure. Nonetheless, in marketing her clothing as ‘separates,’ Earhart ushered in a new way of dressing, popularizing a ‘separates’ trend for decades to come, and ultimately changing the entire trajectory of female fashion. 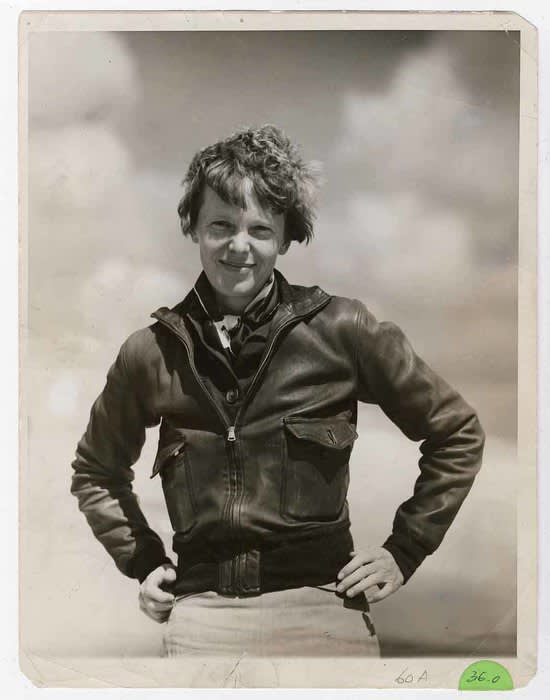