The Futurist Manifesto of the Italian Tie 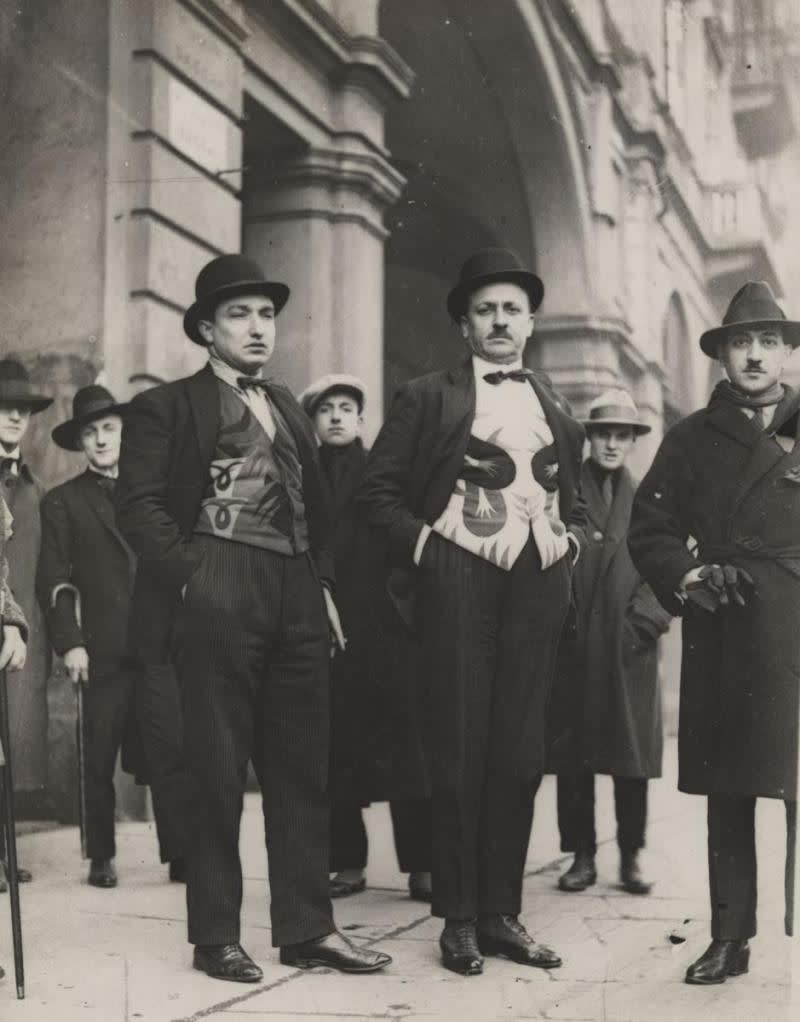 Picture a moment in time when a gentlemen’s necktie had the potential of being so completely modern. Less than a century ago the Italian futurists, a conglomerate of Italian artists, thinkers and likeminded creators, sought to flip the familiar discourse of fashion entirely on its head, publishing a manifesto for the transformation of women’s fashion in the early 1920s and a subsequent manifesto for the transformation of men’s fashion in 1932.

The futurists began introducing new types of clothing into the ecosystem of garment and accessory design. The group started to develop an avant-garde uniform for all types of activities – socializing, athletics, and evening attire, amongst many others.

The futurists stood to abolish all forms of symmetry, instead embracing sporadic, geometric patterns, garish colors and common textures that had never formally been utilized in the context of fashion, plastic and metal, for example. Accessories stood as an area of particular opportunity and freedom amongst this experimental group, who proposed new design concepts regularly which regaled the senses and embodied their quest to create anti-fashion, fashion.

In March 1931, the first futurist hat was introduced, rendered in a variety of colors and materials, both synthetic and industrial. Two short years later, in 1933, a futurist necktie was developed by Italian painter and sculptor, Renato Di Bosso. Di Bosso launched a manifesto titled, ‘The Futurist Manifesto of the Italian Tie’ with the intent at creating an “anti-tie”. Based off this concept he introduced a light metal neck adornment that was both glittering and durable; subsequent iterations on his design included elements such as copper and aluminum. By the 1930s with the introduction of accessories, the futurist wardrobe was effectively complete and the group began to build on their already existing designs to expand their vision and reach.

The Futurist Manifesto of the Italian Tie