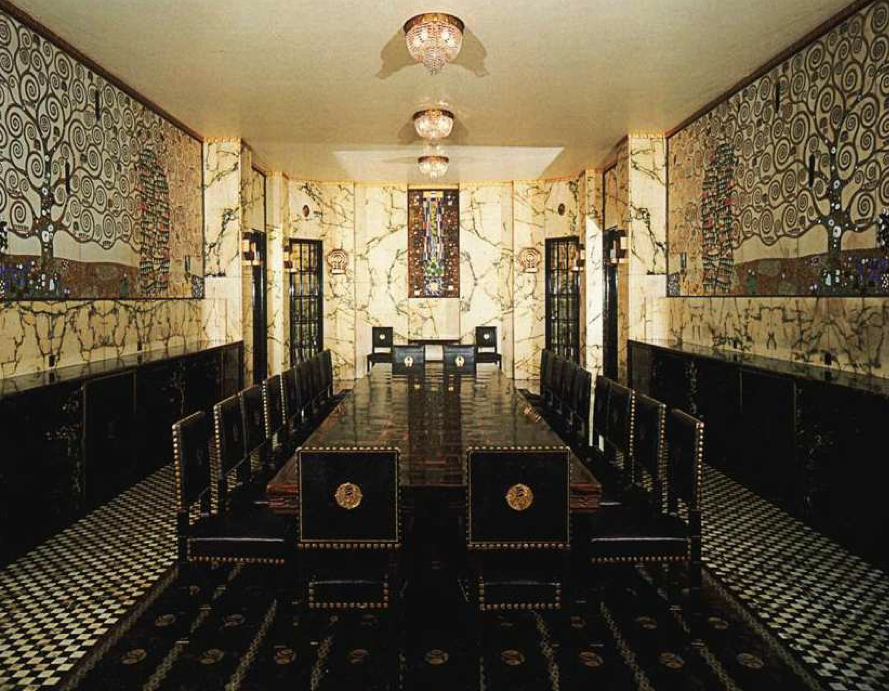 In 1911 Austrian architect Josef Hoffmann completed Palais Stoclet, a mansion just outside of Brussels, Belgium. The home was a commission by Adolphe Stoclet, a successful European banker and engineer with a strong affinity for the arts. Structurally, the space was a compilation of geometric shapes and forms, an early example of rectilinearity in architecture.

Hoffman opted for calculated simplicity over the highly ornate and curvilinear forms of the wildly popular art nouveau era. In the early twentieth century there was a strong concentration of Austrian-based architects, designers and artists who formed an artistic collective known as the Vienna Secession. In keeping with the streamlined, modernist ideals of the Secession, Hoffman conceived a complete environment at Palais Stoclet, in which the architecture, interior and furnishings were united in decorative treatment and objective. Fellow Secession member, artist Gustav Klimt, created a series of three site-specific mosaic murals known as the “Stoclet Frieze” for the palais’s dining room. Two large, figural panels hung across from one another, depicting the Tree of Life, along with a standing figure and an embracing couple, while the third, smaller panel occupied a shorter wall. In reference to the building’s marble-walled interior, the Klimt murals were decorated with a number of ornate materials and semi-precious stones, such as ceramic, gilded tiles and enamel.