On March 9th, 1968, famed choreographer Merce Cunningham’s dance performance “RainForest” premiered in Buffalo, New York, with set design by Andy Warhol and costumes by Jasper Johns. On stage, each of the six cast members, Cunningham included, performed his or her role amongst a sea of Andy Warhol’s “Silver Clouds”; first exhibited at Leo Castelli’s Gallery in 1966. The mylar pillows filled with helium were a collaboration between Warhol and electrical engineer Billy Klüver and considered one of the foremost collaborations between art and technology. On stage, the dancer’s movement caused the clouds to constantly shift position, thus changing the work and creating a truly participatory experience. Let us not forget, the dancers were also outfitted in flesh colored leotards and tights, hand-sliced with razorblades by Jasper Johns, giving the costumes a roughed-up appearance; the perfect juxtaposition to the clean, almost reflective service of the clouds and the fluidity of the dancer’s movements. 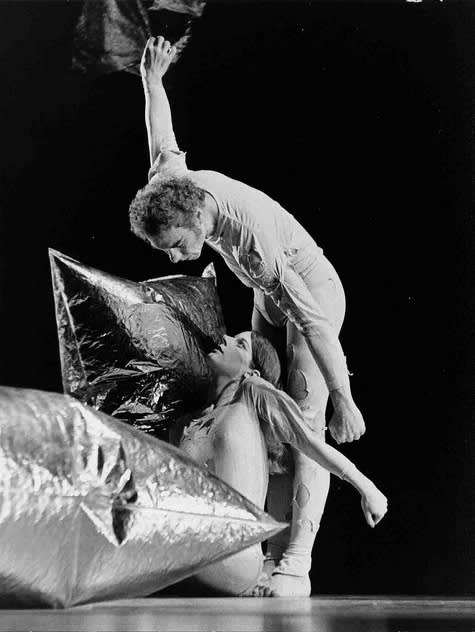 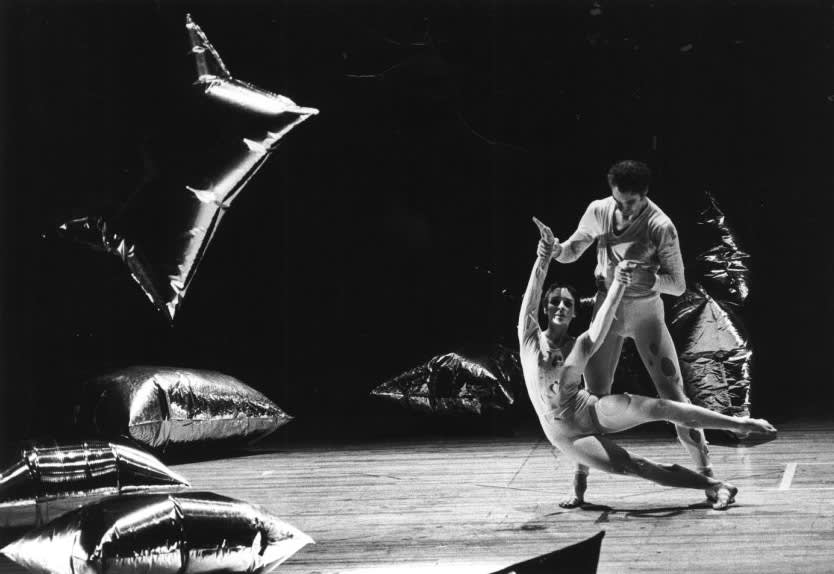