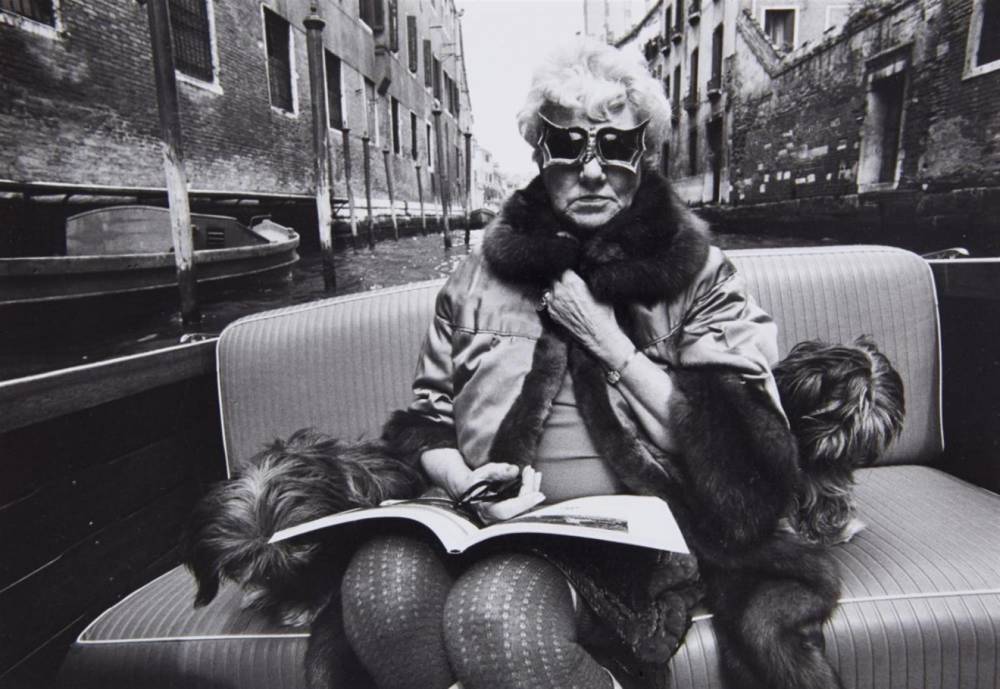 20th century art deity Peggy Guggenheim built an existence off of eccentricities. A collector and gallerist by trade – Peggy founded the Art of This Century Gallery in New York City in 1942 – Guggenheim’s penchant for the surreal made her somewhat of an exhibitionist across all areas of her highly-curated life.

Guggenheim ushered in new meaning to the term ‘statement piece’. Approaching her personal style with as discerning an eye as she did her collection. From her hand-painted Tanguy earrings and sculpted jewelry by Alexander Calder, to surrealist Schiaparelli garb and pleated Fortuny gowns, art was as much part of Guggenheim’s trade as it was her wardrobe.

In 1948 Guggenheim abandoned her family’s industrial roots in America, moving her life and collection to Venice’s grand Palazzo Venier dei Leoni, the villa which she called home until 1979 and where her collection remains. Guggenheim soon became acquainted with painter and sculptor Edward Melcarth, a fellow American hailing from Louisville, Kentucky. Often enlisting her cache of creative confidants to design one-of-a-kind objects for her personal use and enjoyment – in most cases paintings, sculptures and accessories – Guggenheim presented Melcarth with a similar task.

In 1948 Melcarth, known for his figurative paintings and eroticized depictions of the male body, designed Peggy a pair of hand-sculpted bat sunglasses, rising in ranks amongst Guggenheim’s Tanguy earrings and Calder jewelry as the late collector’s signature accessory. Ultimately, Melcarth created several variations of these winged spectacles, each bearing a unique silhouette carved from wood, hand painted and finished with tinted lenses. 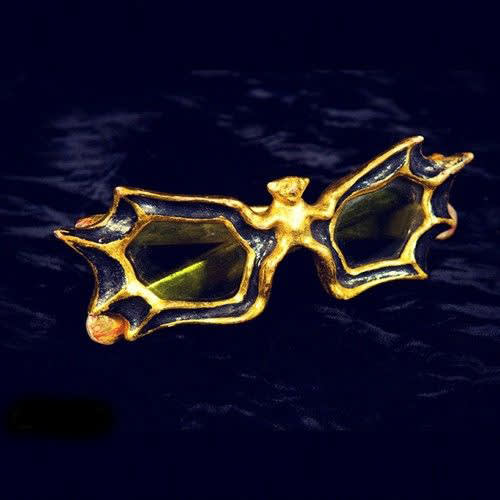 At Peggy’s approval, in 1949 Man Ray took Melcarth’s original pair to Los Angeles for a photo shoot with actress Maila Nurmi. By the 1950s, Nurmi had adopted the glasses as the signature accessory for her campy TV character Vampira.

While Guggenheim retained an assortment of Melcarth’s avant-garde designs – including the same bat-winged frames ultimately made famous by Nurmi – the shape most often linked to the art patron was that which resembled a butterfly’s prolonged wings.

Infinite photos of said sunnies throughout the 1950s and 60s capture Melcarth’s wings sprawled across Guggenheim’s face, traversing Venice by boat. What a sight it must have been – the doyenne of 20th century art, hidden behind her butterfly mask and seated between her dogs, floating down the Grand Canal. 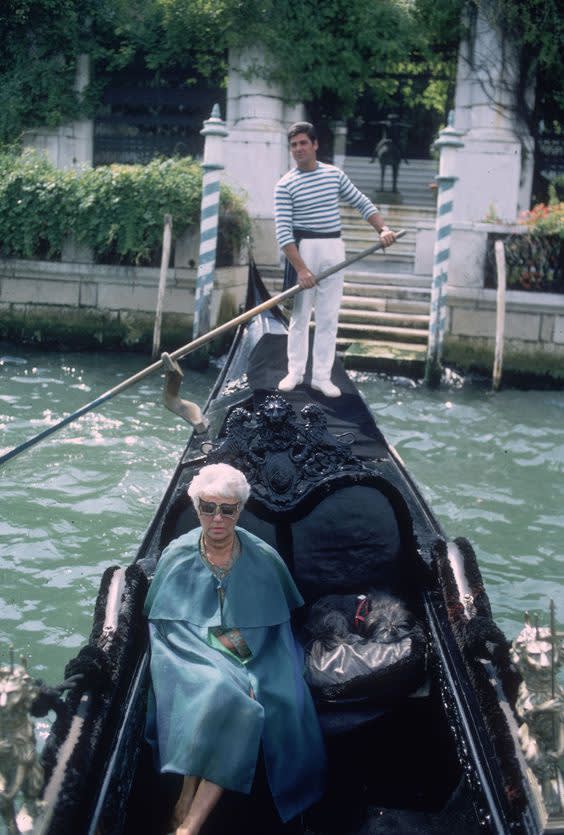 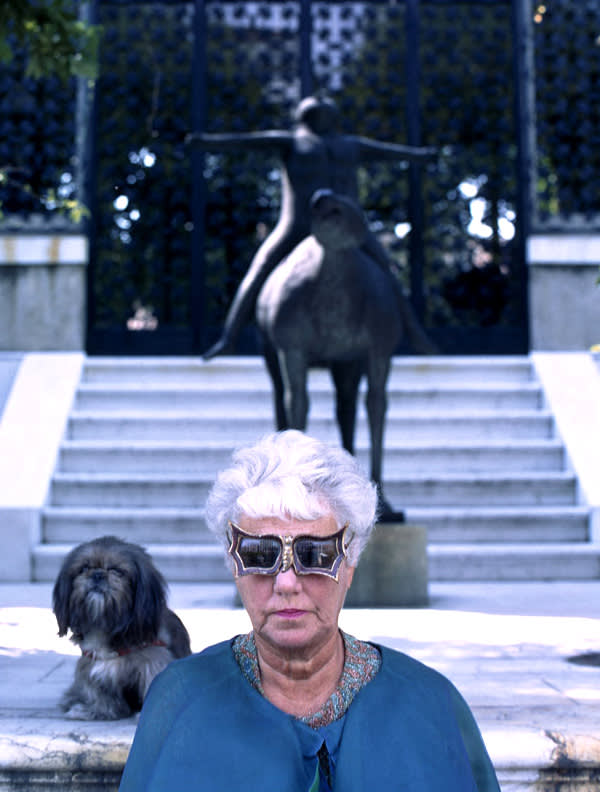