The Velvet and Silk Café 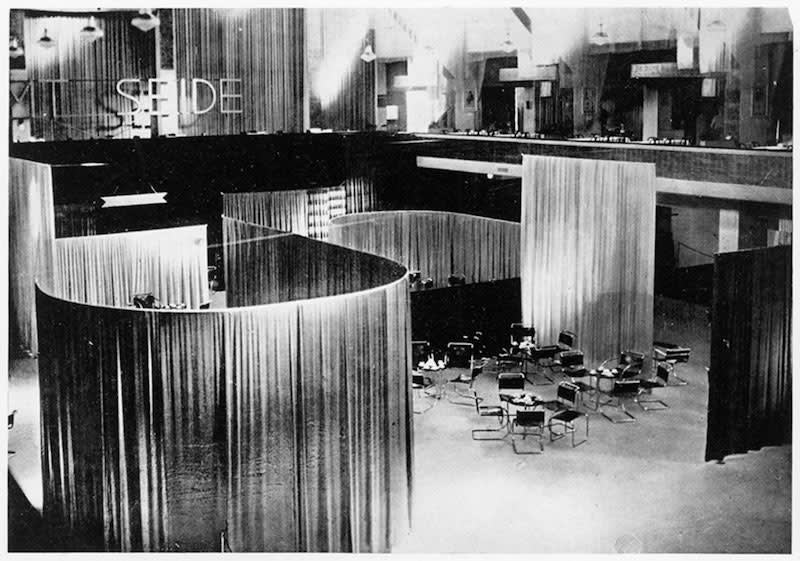 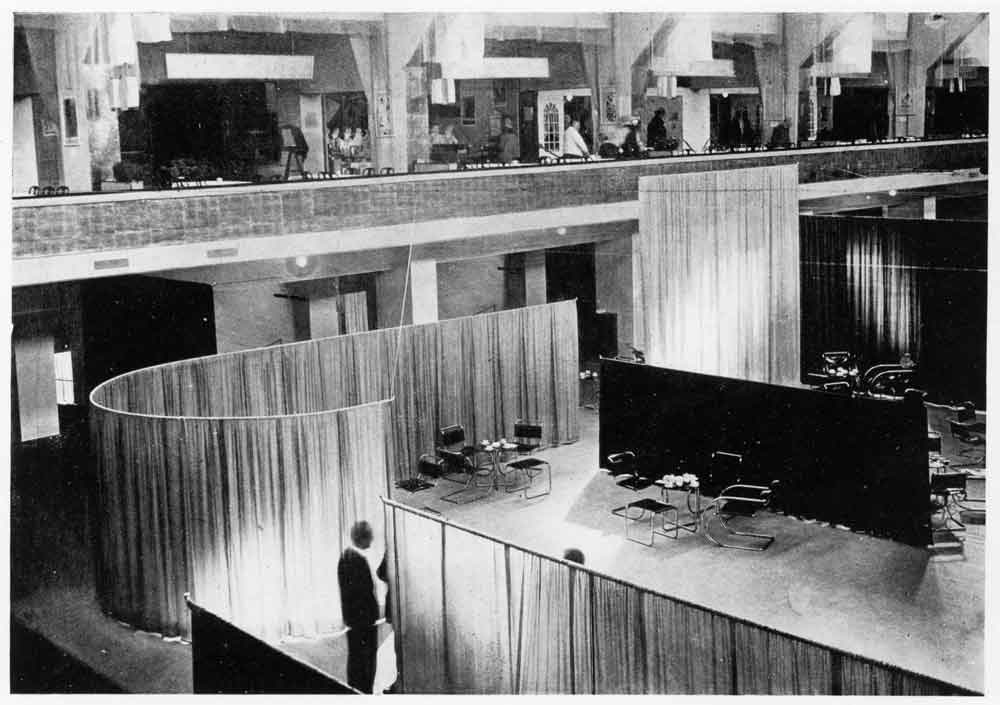 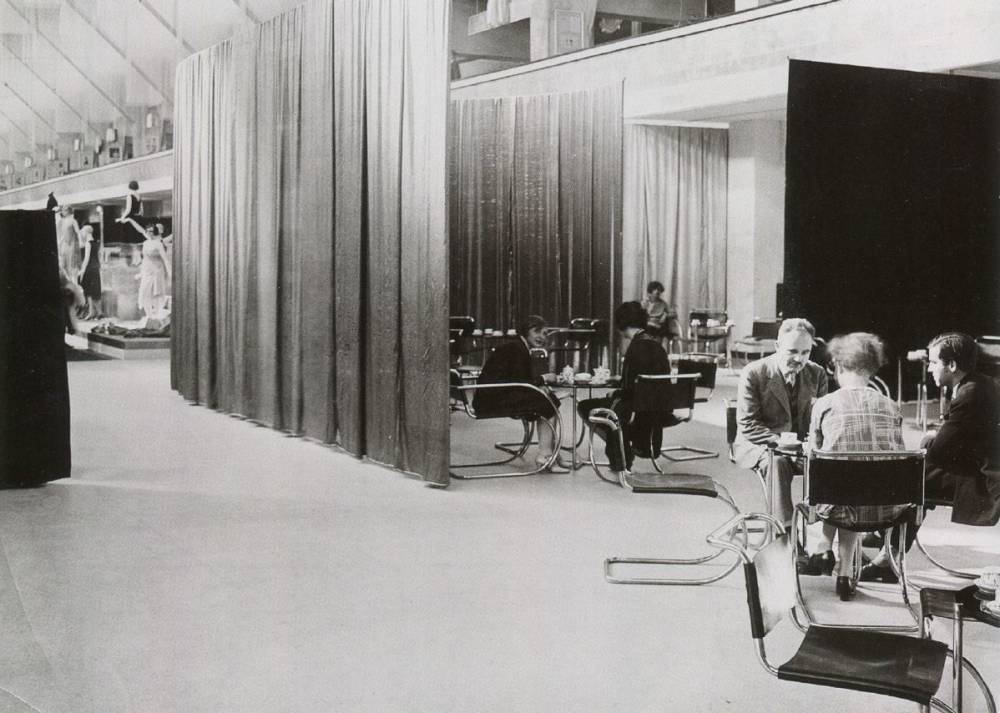 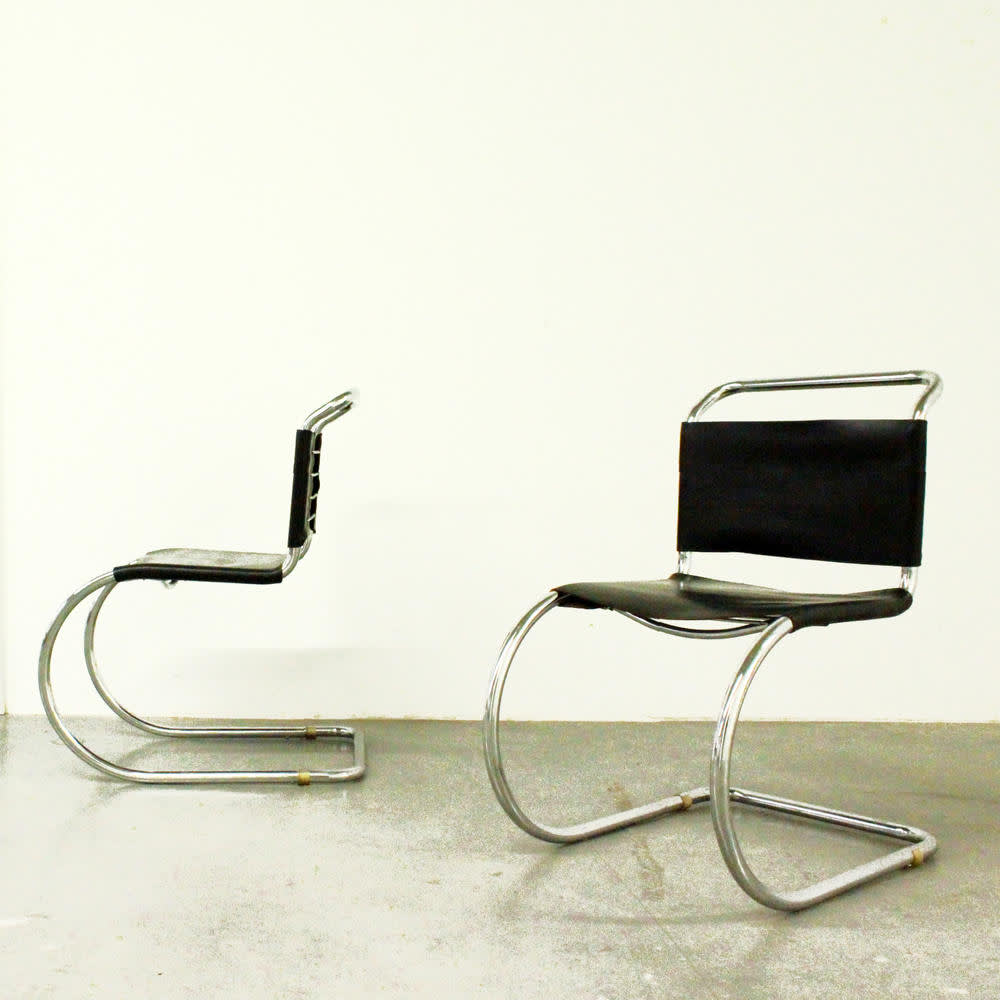 One of the first individuals to introduce a creative dialogue between fashion and architecture was Lilly Reich, a notable female modernist architect closely associated with the Bauhaus movement.

In 1927 Reich unveiled “The Velvet and Silk Café”, a site-specific installation commissioned by the Association of German Silk manufacturers and designed for a show on women’s fashion held in Berlin, Germany. The inspiration behind the Café’s design was to express how materials in architecture wrap your body in a similar manner to clothing. Reich’s aim was to construct an architectural space out of a dress, a goal that she achieved through highlighting raw materials and installing hanging panels of golden silk in place of walls. The luscious curtains engulfing the space were offset by a number of manmade objects, such as Mies van der Rohe’s cantilevered chairs made of leather wrapped around a tubular steel frame. This installation marks the first time that van der Rohe’s now famous “MR” cantilever chairs were shown in public.