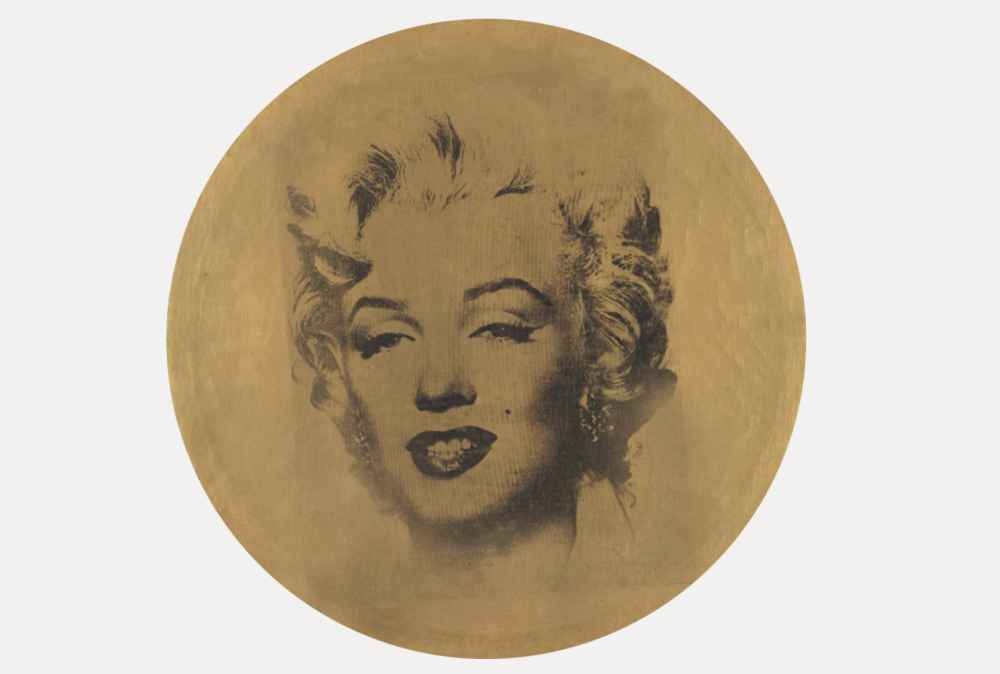 The Tondo, a Renaissance term for a circular painting or relief carving, is often admired for its soft, disk-like shape and enemblatic depictions. The term Tondo can be attributed to the Italian word rotuna, which was developed in Florence during the first half of the 15th century, while a true Tondo painting is classified by its width – it must be at least two feet in diameter. Likewise, traditional Tondo’s exclude background elements and focus principally on the figures at the forefront of the painting’s composition. As such, Tondo’s became the ideal format for mythological depictions of hierarchical figures and were quickly categorized with religious connotations, often seen depicting subject matters such as The Adoration of the Magi and The Virgin and Child.

The earliest Tondos date back to Ancient Greece, when vases and broad drinking cups were decorated with round images. The round painting was in a state of revival, as it was resurrected in Renaissance Italy when Andrea Della Robbia and his family began to produce many round works of glazed and painted terra cotta. These works were layered upon frescoed walls as a form of decorative depth. Soon the Tondo became a widely desirable format, being produced as large dishes, trays, plaques and medallions. In particular, the Tondo was often compared to the Desco da parto, a circular or polygonal painted tray made to celebrate the birth of a child. This gift, which was often presented to the mother alongside sweets, meats and fruits, contained images quite similar to the ones seen on many surviving Italian Tondi. One of the most famous examples of this form, from which the Tondo could have evolved, is the Triumph of Fame by Lo Schema. 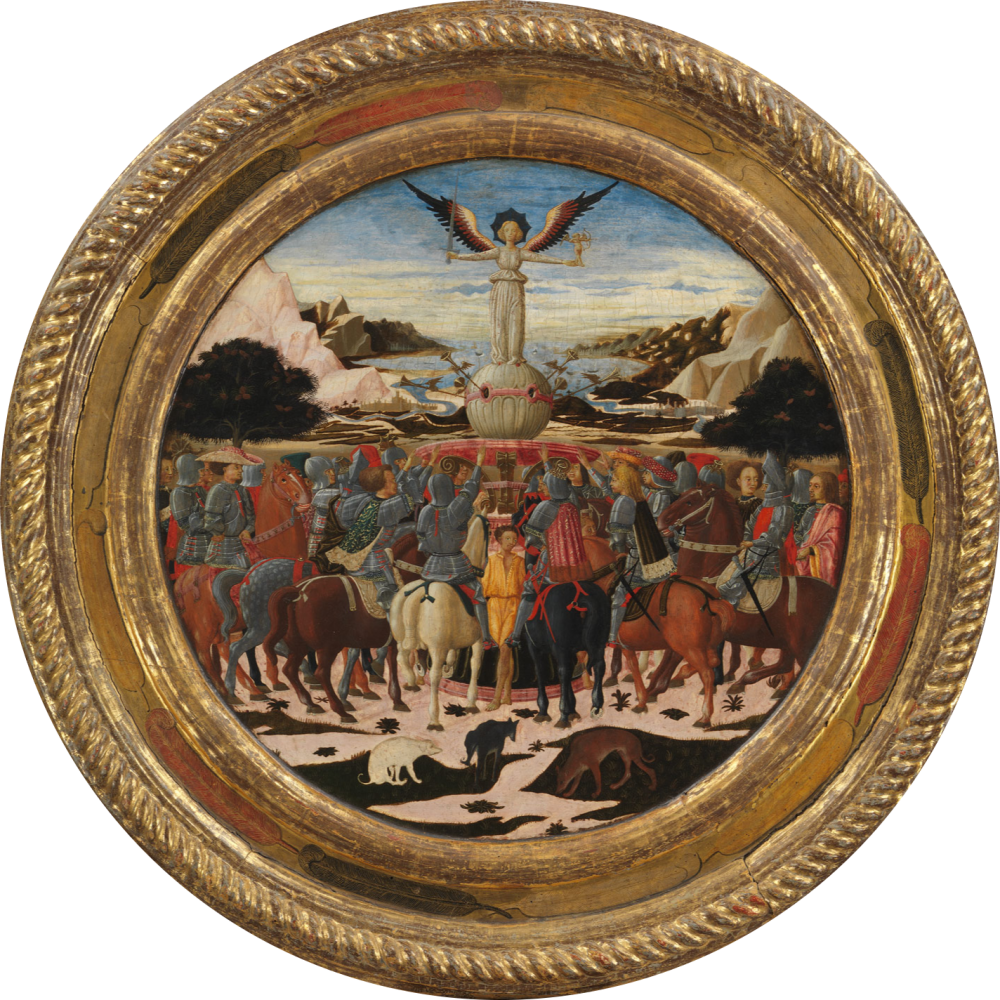 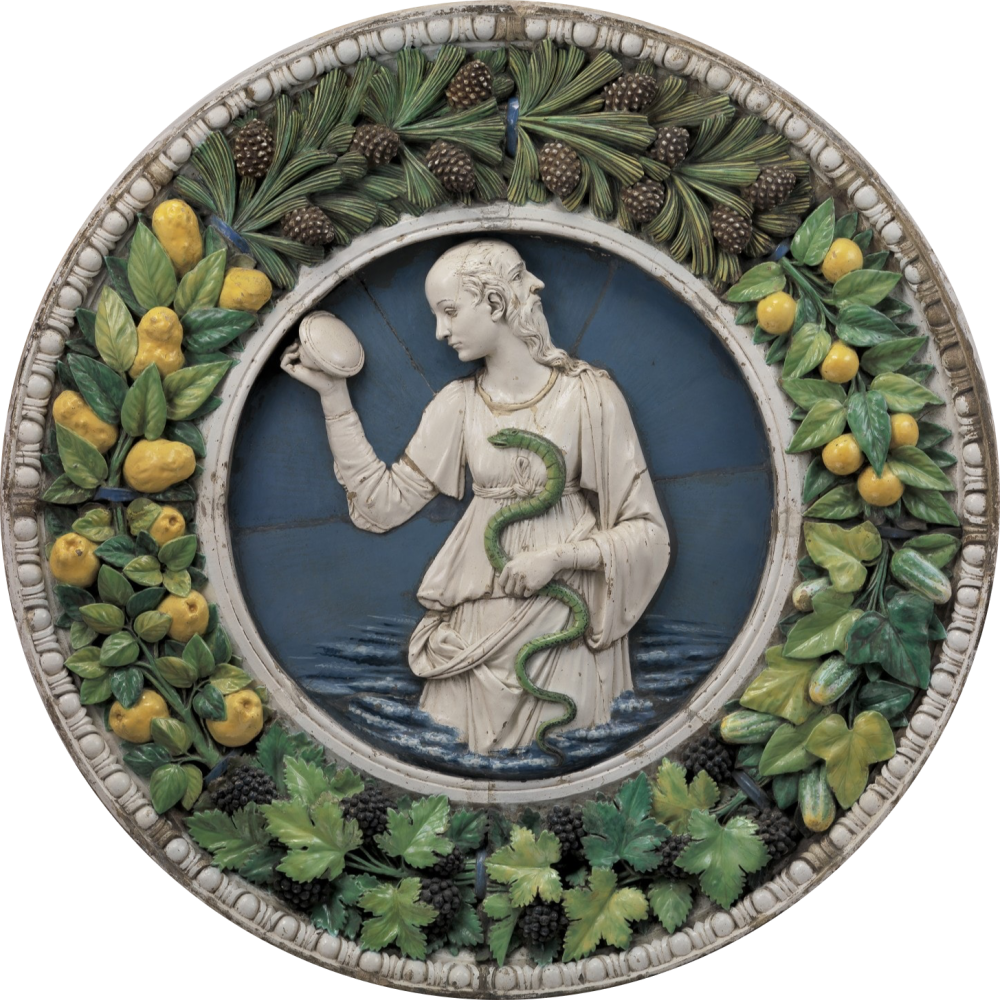 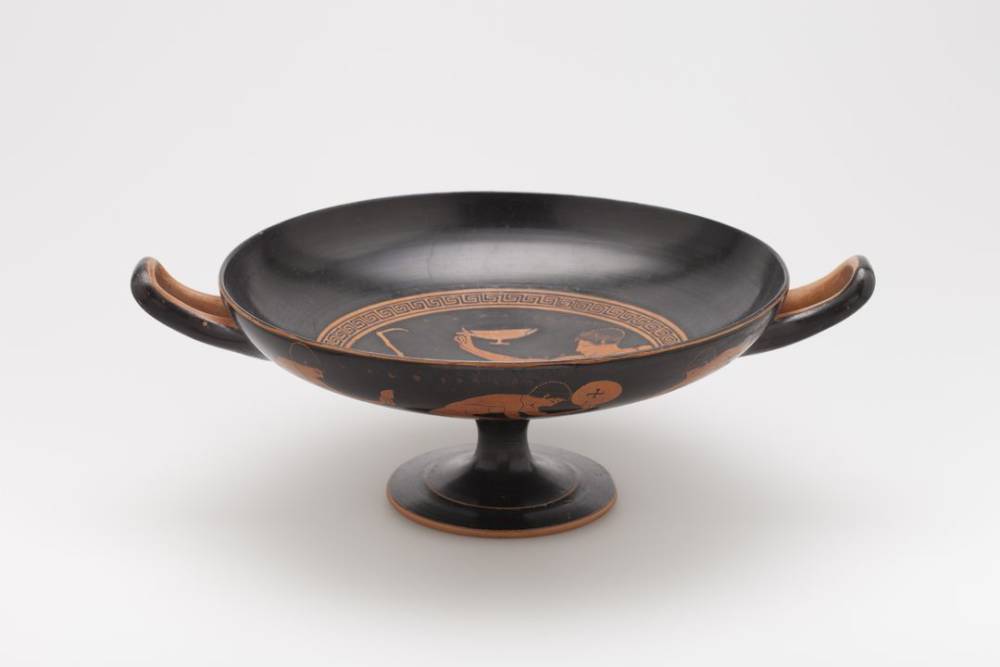 The Tondo has been relevant within various periods of art history and has transitioned its function in order to highlight desired forms. The ‘Doni Tondo (Holy Family)’ by Michelangelo, is a composition featuring a seated Madonna, who is depicted as reaching over her shoulder towards her child. The highly gestural piece was commissioned by the Florentine businessman, Agnolo Doni, in order to commemorate his marriage to Maddalena Strozzi. The Tondo effectively captures an important moment, which is clearly reinforced by the cropped nature of the Tondo’s inherent form. Sequentially, Raphael’s ‘Madonna of the Chair,’ implies eternal rebirth and contains implications of a mystical marriage. The child at the forefront of the image mimics a circle himself, as he is cocooned in the arms of the painting’s turbaned Madonna. Additionally, there is a spherical ornament carefully planted on the chair’s back, emphasizing the significance of the rounded shape. 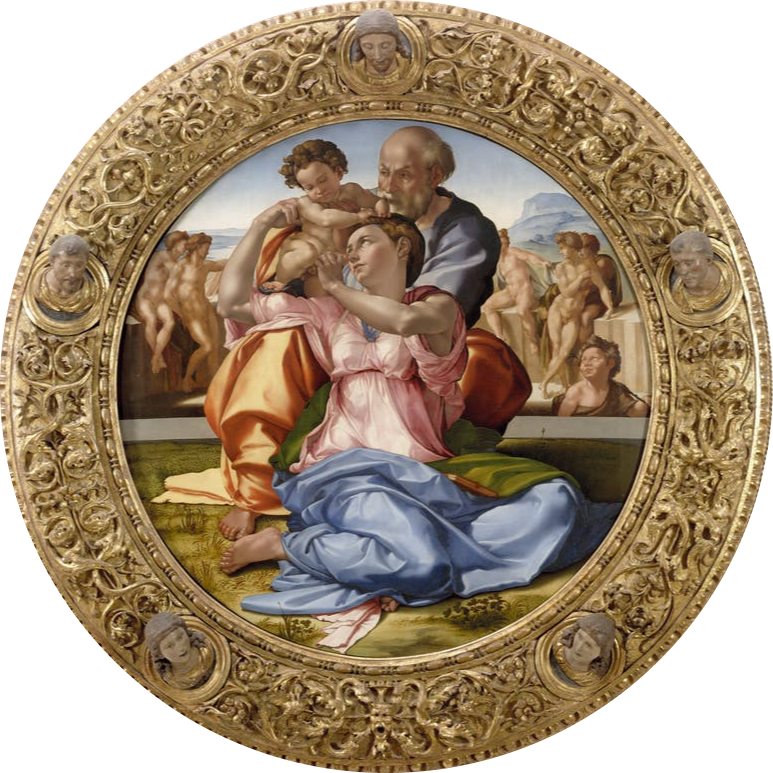 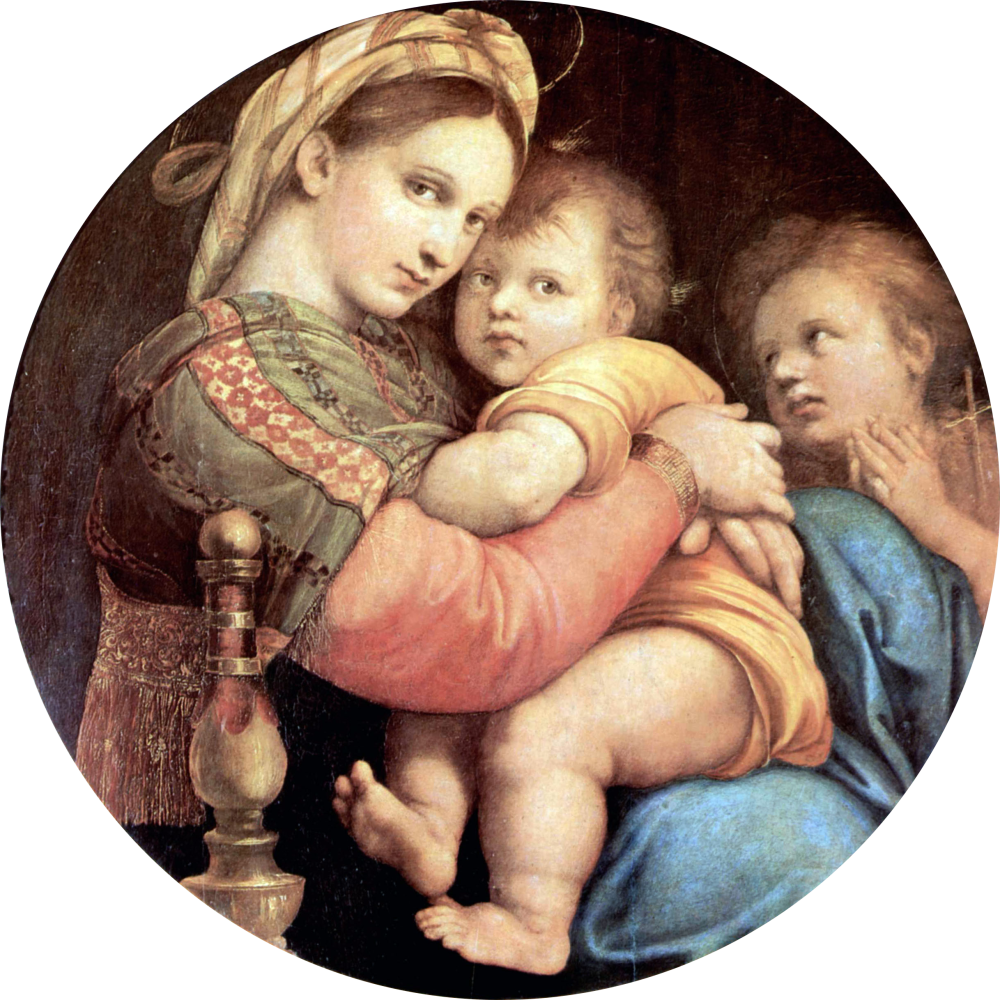 The Madonna of the Chair

In regards to Impressionism, Monet’s Water Lilies in Vernon painted in 1908 boasts a round form and creates a compelling conversation between Monet’s subject matter and the Tondo tradition. The shape, in particular, suggested a noteworthy contrast with the unique environment of the lily pond, which itself contains rounded leaves and petals, and includes images of vegetation and the reflections from the Earth and sky. 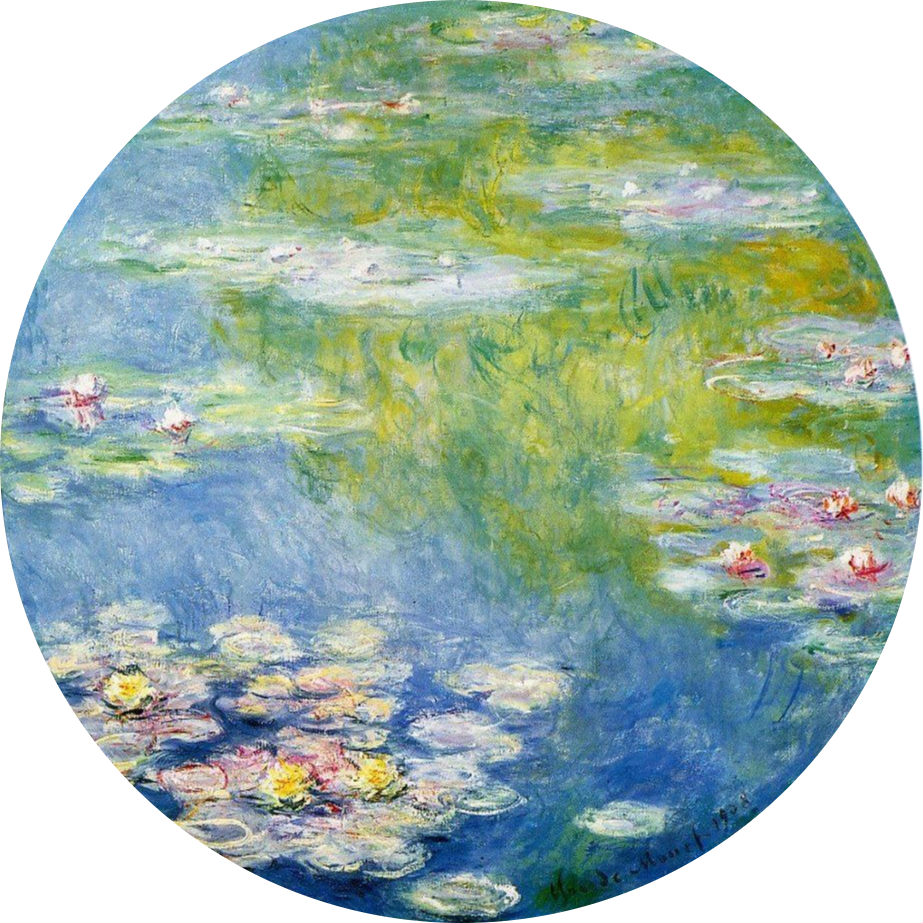 The Tondo tradition has even extended into the realm of modern art, as seen in Andy Warhol’s ‘Tondo (Butterflies)’ from 1955. Warhol’s blotted-line technique marked by vibrant colors maintains a similar aesthetic to Japanese Zen Buddhist art, which also utilizes quick, expressive strokes. In fact, the overall circular form of the Tondo can be compared to the famed ‘Enso Circle,’ which is essentially the representation of a circle completed in a single stroke of ink. Consequently, Lichenstein’s Mirror Series, a slew of mirrors both round and oval, represent the philosophical implications of the Tondo through the lens of contemporary art. 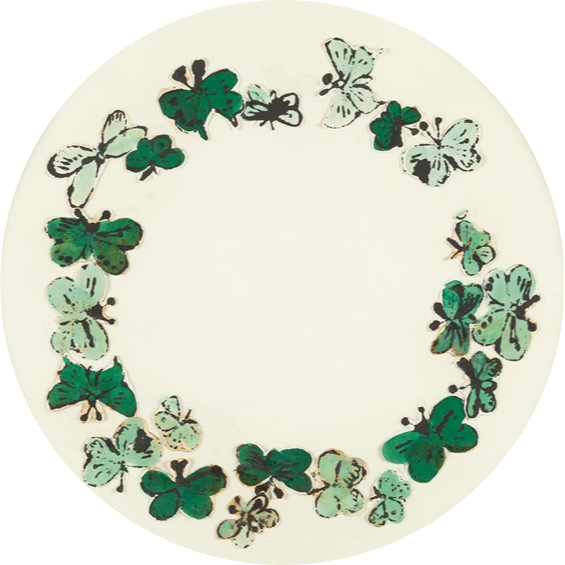 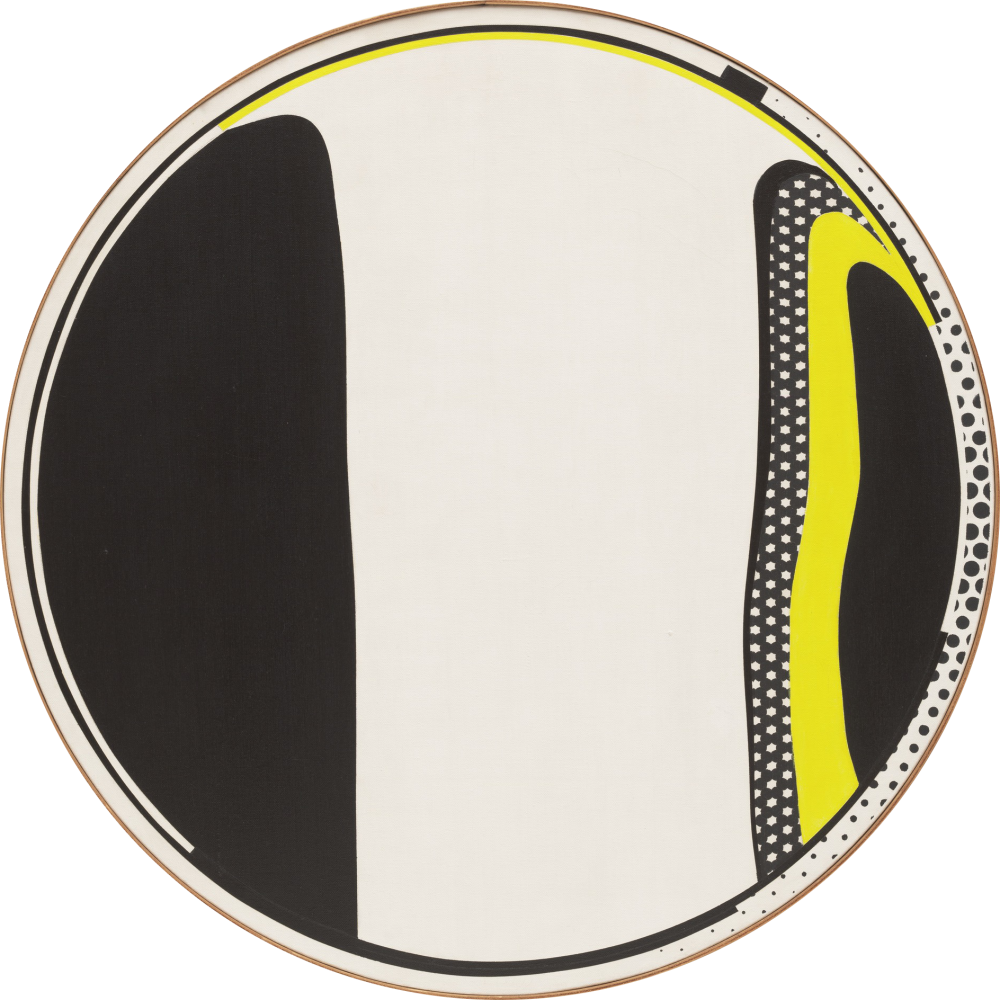 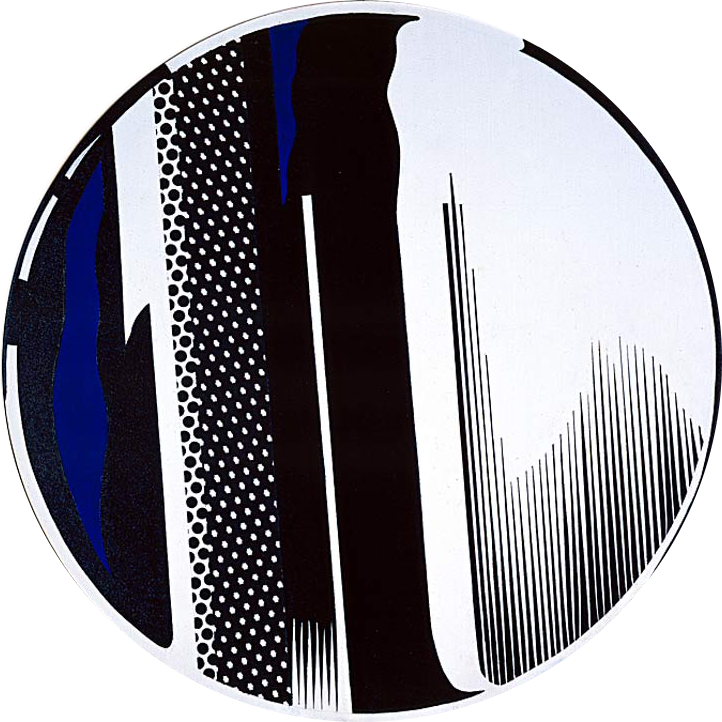 Even performance art has taken note from the Tondo, as seen in 2017 when Nick Cave transformed the Park Avenue Armory into a Dance Hall. The swirling pattern and whirlpool movement of Cave’s performance was quite in line with the overall nature of the Tondo. Meanwhile, Cave’s ‘Whether or Not’ works also took inspiration from the historical format, through the creation of a series of tondos-like, circular wire, bulge bead and wood sculptures, inspiried by the mapping of cataclysmic weather patterns. 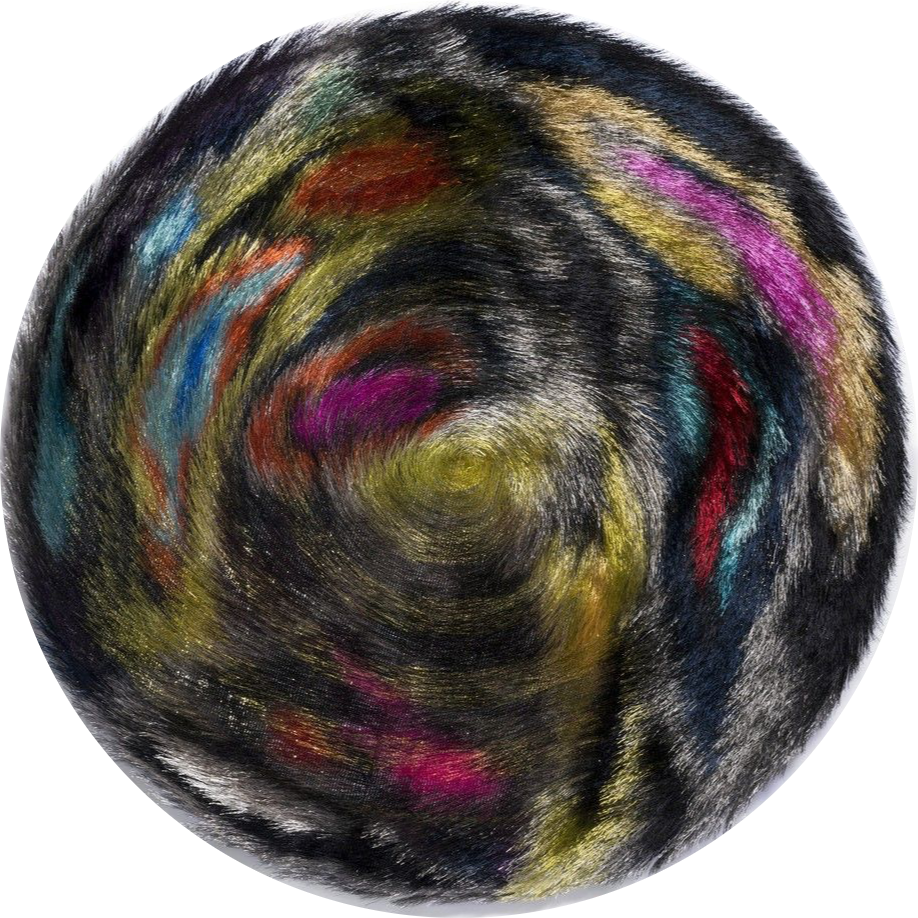 Tondo’s are not only related to the canon of fine art, but can also be applied to the discipline of architecture. The ‘Oculi’ at the top of domes through which beams of light enter can be viewed as a Tondo-esque forms. In particular, the San Miniato al Monte in Florence contains an extraordinary glazed terracotta ceiling, which utilizes Tondi in its corners depicting the four cardinal virtues: Temperance, Prudence, Justice and Fortitude. Meanwhile, the Ospedale Degli Innocenti, designed by Filippo Brunelleschi, also displays a facade made up of nine semicircular arches springing from columns in the composite order; resting above each column is a ceramic Tondo featuring a baby in swaddling clothes. Lastly, at the Palazzo Medici Riccardi in Florence, designed by Michelozzo, a courtyard and sculpture garden contain marble Tondi sitting just above the porticos. 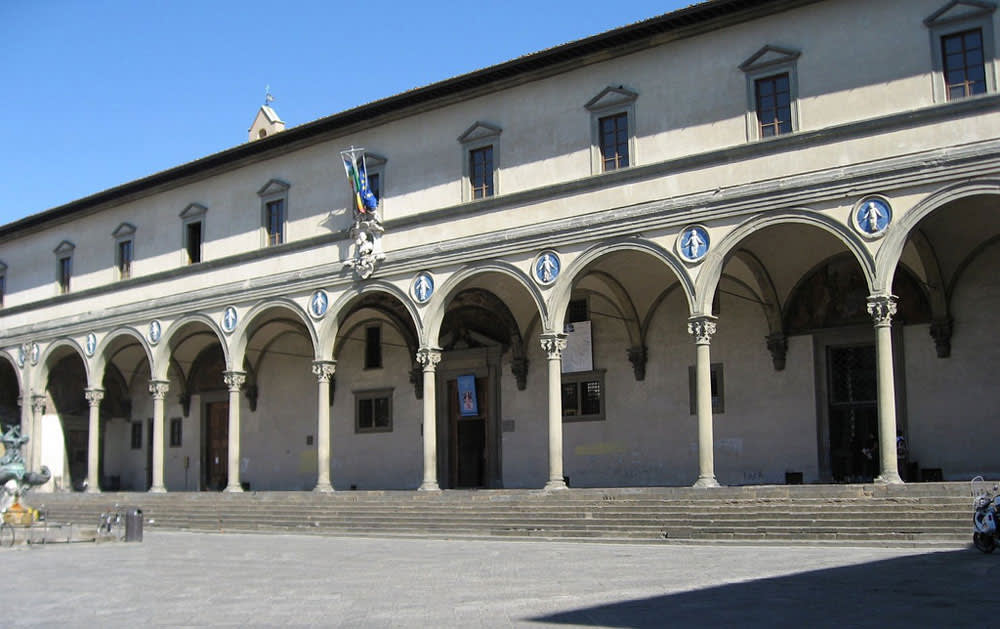 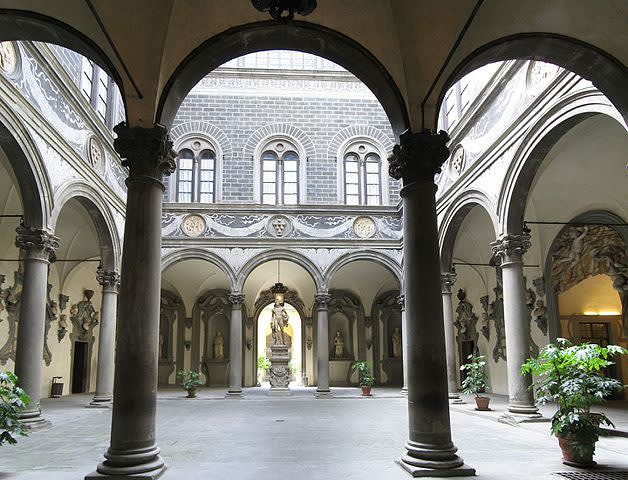 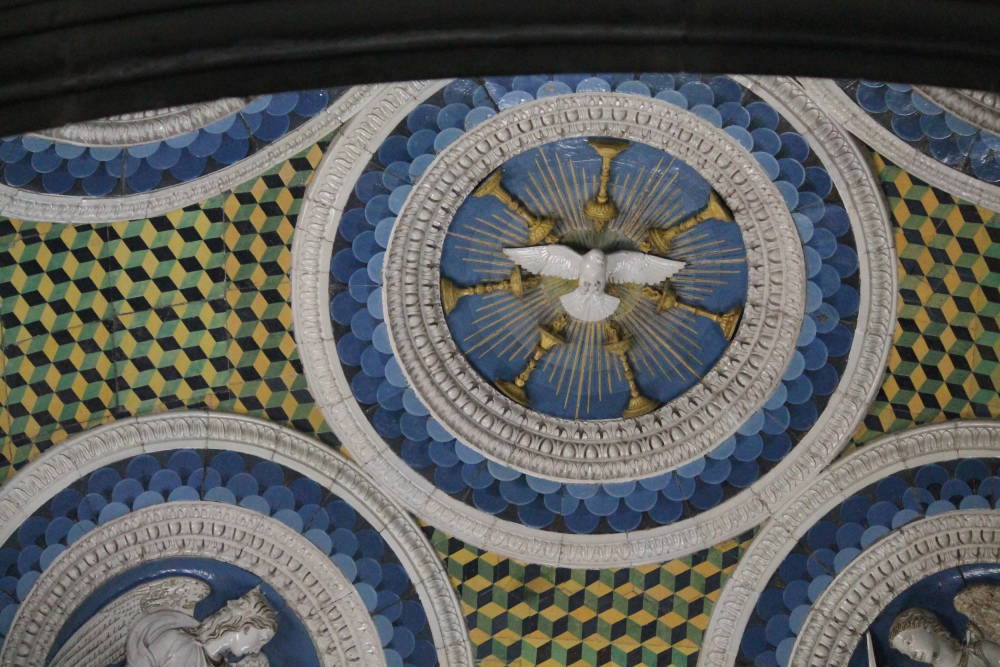 The Tondo can therefore be regarded as a multi-faceted form, one that is constantly emphasizing the images it contains. From the various functions the Tondo has been historically served, to its lasting impact on artists, the Tondo is a classical format that has become arguably as iconic in its own right as some of the images these circular canvases depict. 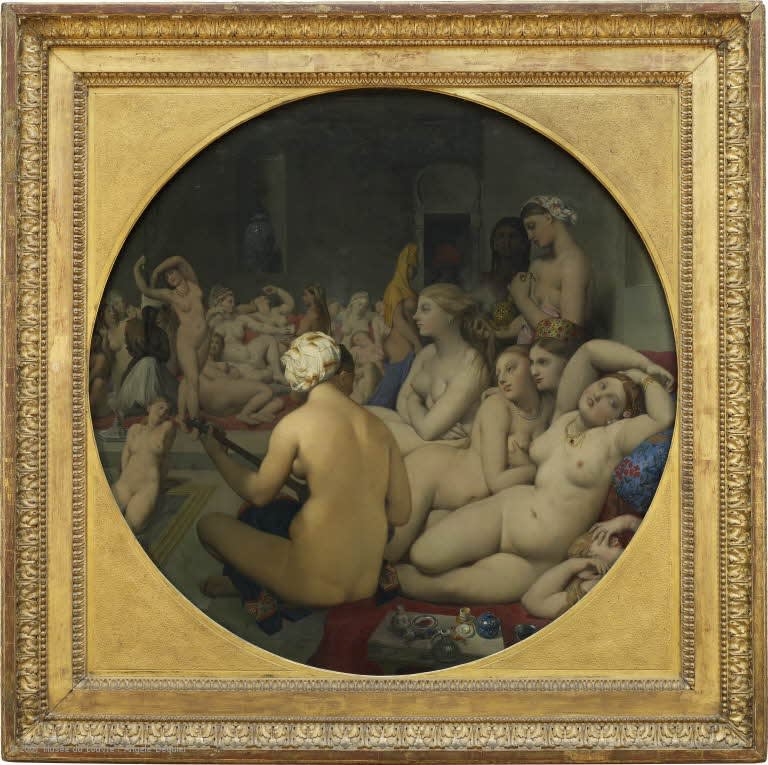