The recent passing of Karl Lagerfeld sent shockwaves through the countless industries he touched with his ethereal talent. Lagerfeld’s unparalleled career in fashion - spanning nearly seven decades - began in 1954 after winning a prize from the International Wool Secretariat. After which, the German-born designer went on to work for Pierre Balmain, Jean Patou, Charles Jourdan and Chloe, gaining a wealth of knowledge and experience that ultimately lead him to Fendi in 1965 – where he maintained the creative helm for over 50 years – and later Chanel in 1983. Truth be told, there has never been and will never be another Karl Lagerfeld. Lagerfeld will forever reside in a league of his own, one that is of equal influence only to that of Andy Warhol.

There are obvious connections linking the two talents; such as Lagerfeld being cast in Warhol’s 1973 film “L’Amour,” playing an aristocratic designer who served as ringleader in the absurdist circus of 70s Parisian fashion, but their shared, unwavering cultural significance resides in a stratosphere far greater than that of a movie role. Andy Warhol and Karl Lagerfeld represent the most famous, iconic and prolific figures in the history of their respective fields, comparable only to that of each other.

Their work defined an era, their creative scale will forever remain unmatched and their trademark visages proved essential in building their individual brands; they were both obsessive collectors as much as they were cultural conduits, they glorified celebrity, rolled with a constant entourage, utilized pop rhetoric in their work, understood the power of mass – mass production and mass appeal – worked out of a bespoke studio – for Warhol it was his New York City factory, for Lagerfeld, his private office on rue des Saint-Pères in Paris’s seventh arrondissement – and managed to both remain somewhat detached figures while staying obsessively engaged in culture and their craft.

Karl Lagerfeld at the Woolmark Prize

The success achieved by Karl Lagerfeld and Andy Warhol throughout their respective careers was as much to do with talent as their prolific, unparalleled scale of production. Warhol, who passed away in 1987 at the age of 58, generated over 30,000 works throughout his lifetime across a variety of media; ranging from drawings and photographs to paintings, sculptures and films. Comparatively, Karl Lagerfeld produced dozens off collections year-after-year, including eight for the house of Chanel – couture, ready-to-wear and pre-collections – a handful for Fendi, and three different lines under his namesake label. Understanding that luxury was not an excuse for a lack of persistent ‘newness,’ Lagerfeld recognized that even a brand like Chanel must compete with the fast fashion behemoths of the world, which turn out new collections every few weeks.

The prolific scale of work achieved by both Warhol and Lagerfeld throughout their respective lifetimes was to a great extent due to their shared, self-appointed roles as consummate multitaskers. In an era when ‘artist’ meant primarily painter or sculpture – at times, both – Andy Warhol remained a polymath of creativity and production. Warhol’s influence spanned industries, including advertising, painting, sculpture, photography, film, editorial work – the artist founded Interview Magazine in 1969 – television, and a slew of self-published books.

Holding a Copy of Interview Magazine

The Philosophy of Andy Warhol from A to B & Back Again, 1975

Likewise, Lagerfeld was keen, from the beginning, on structuring his career like a free agent; famously declaring, ‘I work my own marionette […], my own puppet.’ Lagerfeld’s collections for Chanel, Fendi and his own line represented a mere sliver of the late designer’s creative output, working also as an illustrator, filmmaker – directing everything from elaborate shorts for Chanel, to an ad campaign for Magnum ice cream bars – and a photographer – shooting season-after-season of Chanel campaigns, as well as a number of editorial projects, often with Harper’s Bazaar. Lagerfeld released books, served as subject in a slew of documentaries, designed hotel rooms, cars, a cosmetic range inspired by his famous cat, Choupette, sat on an panel of judges for the LVMH Prize, and created political cartoons, under the name ‘Karlikatur,’ for Frankfurter Allgemeine, the monthly weekend magazine associated with one of Germany’s biggest newspapers. Lagerfeld’s controversial ‘Karlikatur’ sketches were often in critique of Germany’s Chancellor Angela Merkel, begging comparison to Warhol’s politically driven anti-Nixon campaign print from 1972.

Working on a Makeup Collection

While Warhol and Lagerfeld’s unique career models serve as idealistic templates for which their contemporaries aspire to emulate, the duo’s likeminded ability to propel culture into a new era through their powerful visual language was among each of their greatest accomplishments. Andy Warhol took ownership of Pop Art through his trademark method of silk-screening, forever impacting the trajectory of art history, just as Karl Lagerfeld modernized the house of Chanel. The German designer took the creative reins of the storied French luxury brand in 1983, over a decade after the passing of the house’s founder, at a time when Chanel was considered old-fashioned and bourgeois. Lagerfeld transformed the defunct house into one of the most successful luxury brands in the world, with global sales reaching more than $9.6 billion.

Truth be told, the commercial success both Warhol and Lagerfeld achieved was in large part due to their employment of pop rhetoric as a cornerstone of their work; turning their respective styles into iconography on a global scale. Andy Warhol introduced commonplace imagery into the world of fine art, elevating Campbell’s Soup cans, Brillo boxes and Coca-Cola bottles into ornamental signifiers of 20th century culture. Karl Lagerfeld’s creative tactics at Chanel focused on combining alluring and shocking elements to reengage the storied house in an entirely new era. From the brand’s intertwined double Cs - not to mention the FF logo he created at Fendi – to Chanel’s tweed jackets and quilted bags, Lagerfeld injected newness and modernity into his designs, which in turn served as disruptors on a global scale.

His Chanel shows were spectacles, elevating everyday environments into high fashion domains; a supermarket for fall/winter 2014, a casino floor and French brasserie for fall/winter 2015 couture and ready-to-wear, respectively, an airport for spring/summer 2016 and most recently a beach scene complete with rippling, mechanical waves for spring/summer 2019. His unique accessory designs each season further drew on these concepts, becoming highly covetable, at times not entirely wearable, pieces of history for which the fashion world endlessly yearned. 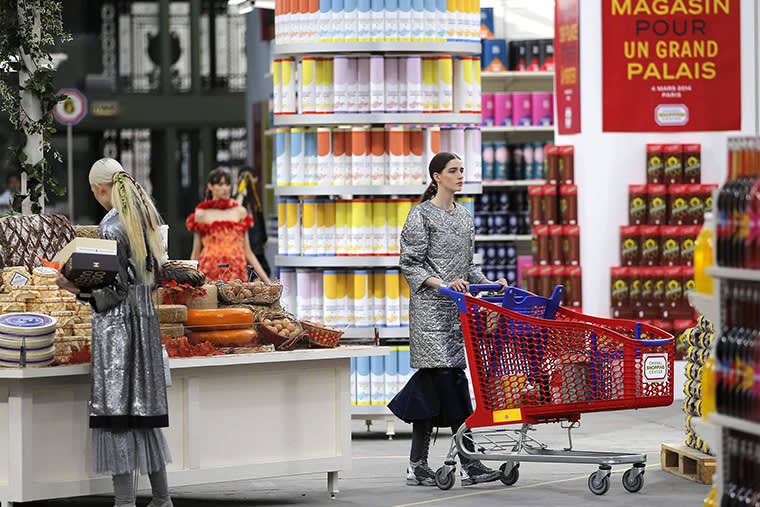 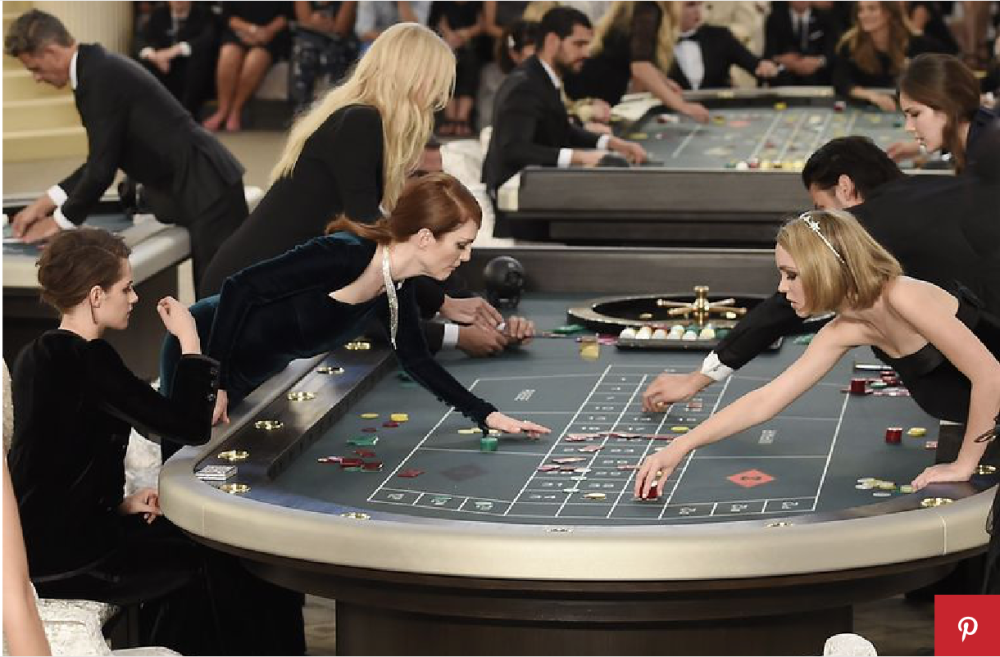 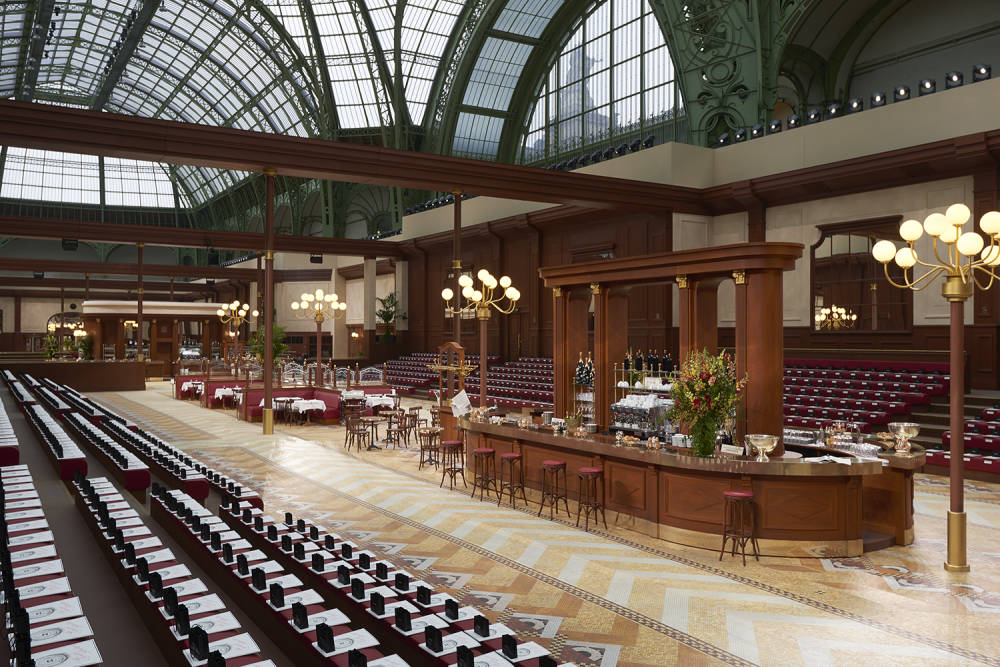 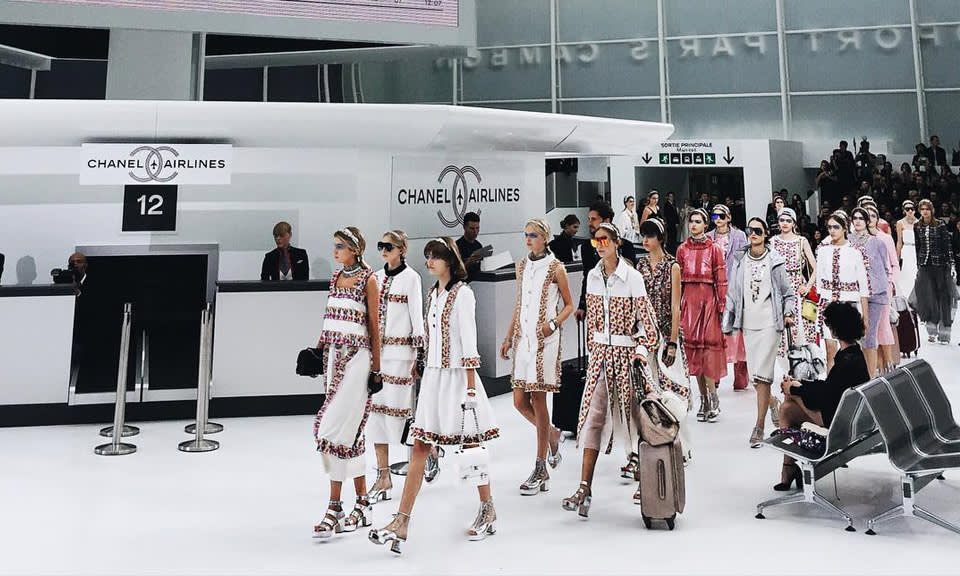 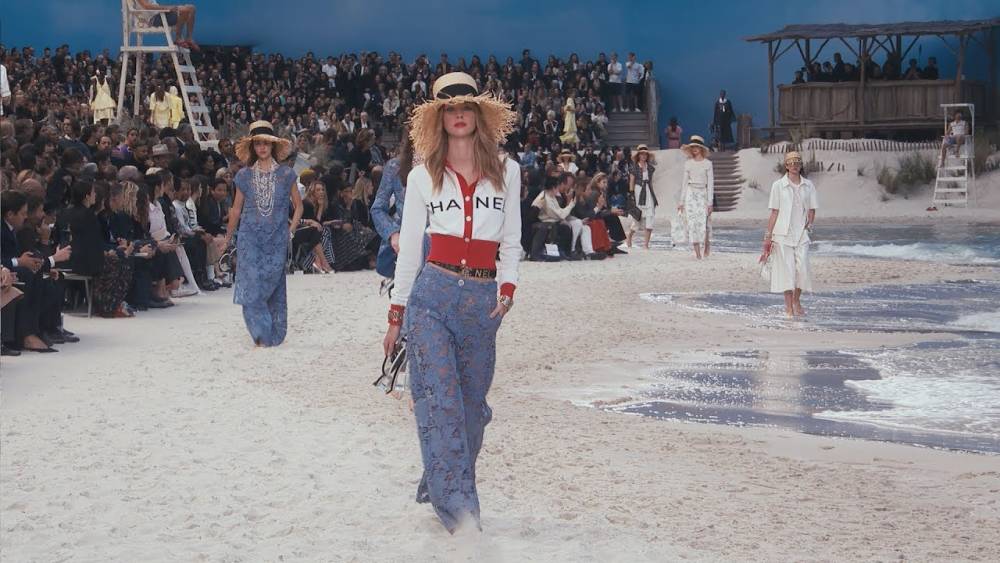 Lagerfeld and Warhol shared a unique ability to interweave pop elements into their work with great seriousness and depth of thought, a skill that proved as creatively thought provoking as the men themselves; both of whom employed their carefully engineered visages as an extension of their pop vernacular and a defining trait of their personal brands.

Warhol’s trademark silvery wig became an eponymous visual of the late artist’s, as much as Lagerfeld’s white powdered ponytail, dark sunglasses, starched collared shirts and tightly fitted Dior Homme Blazers; both of whom frequently capitalized on their own characters. Warhol’s self-portraits – namely the artist’s Fright Wig series from the 1980s – have become some of the most iconic visuals in the history of Pop Art. Meanwhile, Lagerfeld launched his KL collection in the early 2000s, a brand solely based his own image, and introduced products such as his ‘Karlito’ keychain for Fendi in fall/winter 2014 and Lagerfeld-branded t-shirts in his groundbreaking 2004 collaboration with H&M. Both men understood the cultural value of their image, just as they understood the power of ‘mass’.

For Warhol, the idea of ‘mass’ was demonstrated in the artist’s factory-like output and focus on mass-market imagery, while for Lagerfeld, ‘mass’ signified reaching a demographic outside of luxury, a concept that he implemented at Chanel – through beauty and fragrance – as well as through his 2004 collection with Swedish fast fashion retailer H&M a pioneering collaboration that ignored tradition and pre-dated the industry shift towards such partnerships. Despite his role as a couturier, Lagerfeld understood how to engage with a younger generation; once stating that ‘mass elitism’ was his dream, and the future of modernity.

This continuous, mutual quest towards challenging convention and exploring the unknown was as much a part of their private lives as it was their professional work. Both Warhol and Lagerfeld qualified as obsessive collectors, amassing hundreds of thousands of objects throughout their respective lifetimes. Warhol fed his eccentricities through stockpiling items that people might otherwise disregard, from Coca-cola memorabilia and airplane menus, to cookie jars, stamps, old newspapers and supermarket flyers, nothing was ever thrown away. In contrast, Lagerfeld built up museum-quality furniture collections, ranging from 18th and 19th century European design, to 1930s Art Deco treasures and Memphis Group furnishings, unceremoniously disposing of each every few years. The only objects the late designer felt any sort of loyalty towards were those that satisfied his appetite for literature, amassing a library throughout his lifetime that grew into the hundreds of thousands of titles. 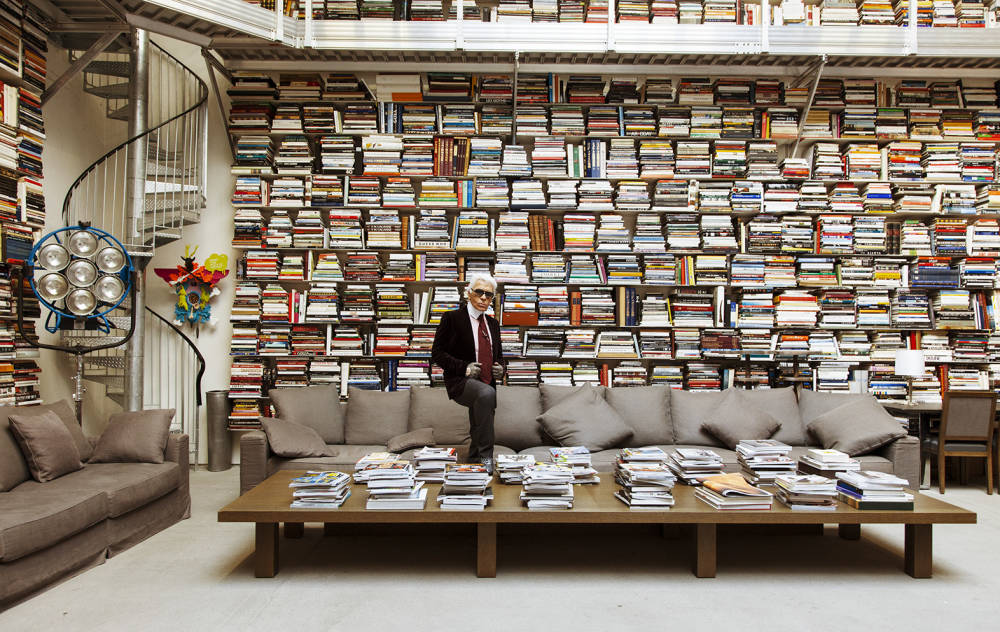 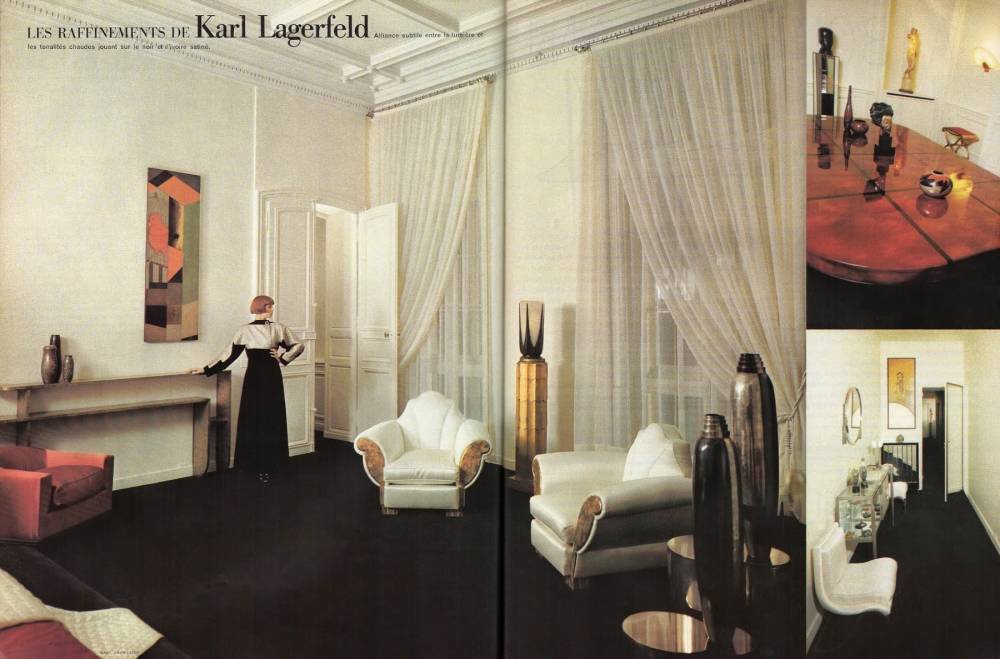 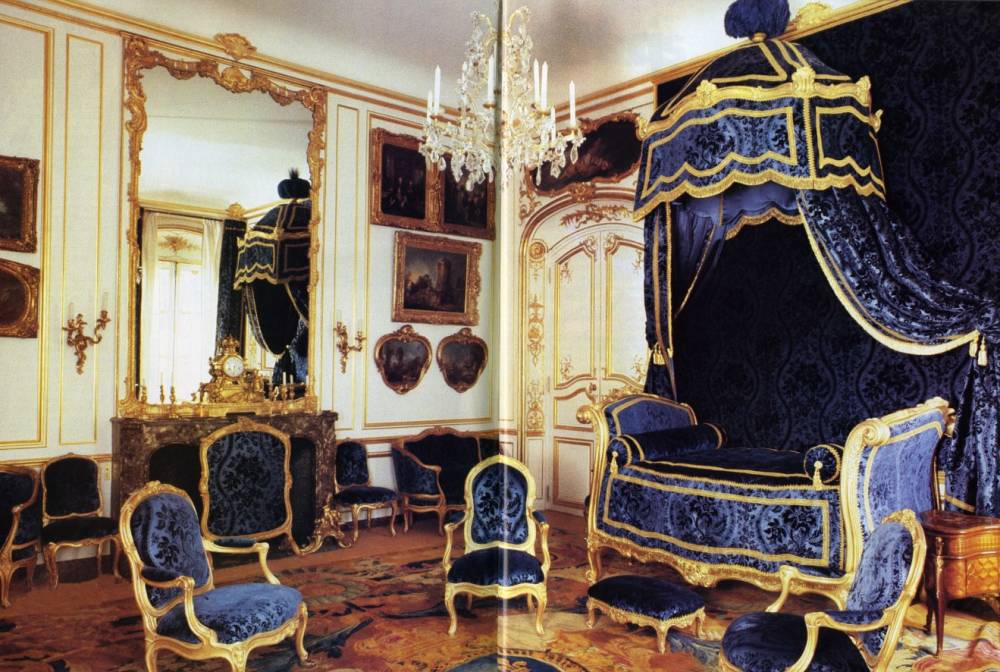 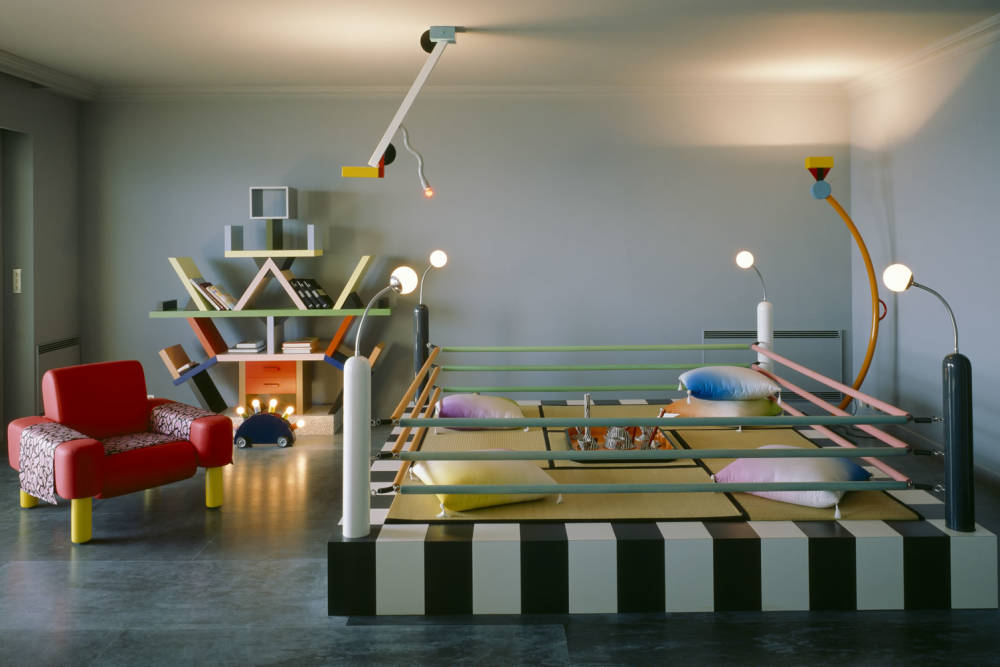 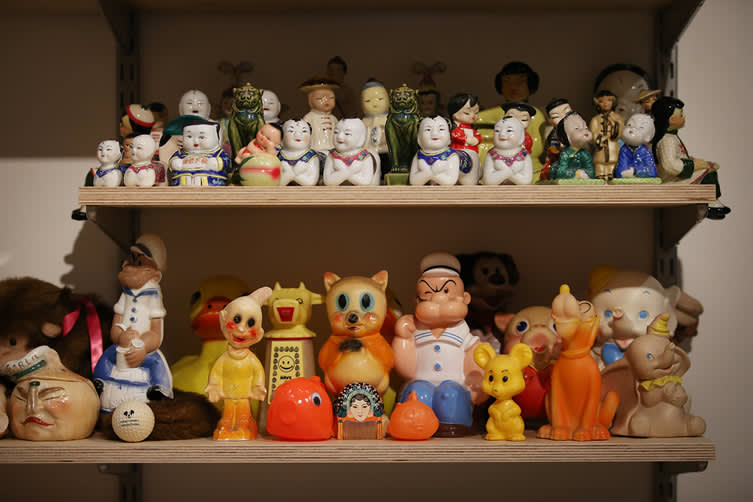 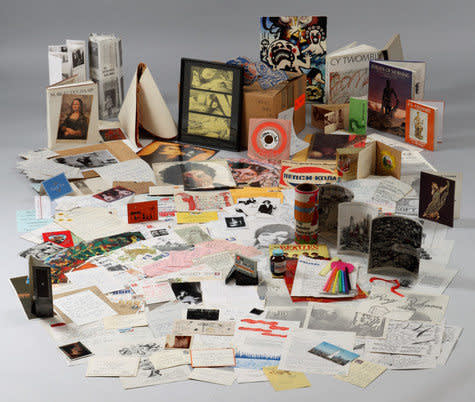 Their collective thirst for more didn’t stop with objects; both Warhol and Lagerfeld promoted a collection of personalities that made up their loyal entourage. For Warhol, it was his ‘Superstars’, individuals who inspired the artist and often made cameos in his films; from Edie Sedgwick in the 1960s and Candy Darling in the 70s, to The Velvet Underground’s Lou Reed and socialite Bianca Jagger. Lagerfeld’s carefully curated crew proved equally as integral to his creative process, traveling the world with muse Amanda Harlech and close confident Princess Caroline of Monaco. Proving just as ruthless with his friends as with furniture, the designer would drop confidants almost instantaneously if he see fit. An outlook he applied to his constantly rotating roster of preferred female models, from Claudia Schiffer and Jerry Hall in the 1990s, to Cara Delevigne, Lily-Rose Depp and Kaia Gerber in recent years.

Andy Warhol and the Velvet Underground

Truth be told, perhaps the most obvious connection that permeated both Warhol and Lagerfeld’s private lives and work was their likeminded glorification of celebrity. Andy Warhol was obsessed with fame, evident in the entourage he fostered and the subjects he immortalized through his paintings – depicting everyone from Marilyn Monroe and Liz Taylor, to Elvis Presley and Chairman Mao of China; a trend that only became more robust as his star grew stronger. Likewise, throughout his lengthy career Karl Lagerfeld became the master of celebrity fashion, fostering close relationships with everyone from his favorite movie star Julianne Moore and singer Pharell Williams, to a constantly evolving group of it-girls, including Blake Lively, Emma Stone, Kirsten Stewart and Janelle Monáe.

While the passing of Karl Lagerfeld has left a powerful vacancy across the countless industries he impacted with his creative spirit and otherworldly talent, his work and legacy will survive him, much like Andy Warhol’s, for generations to come. 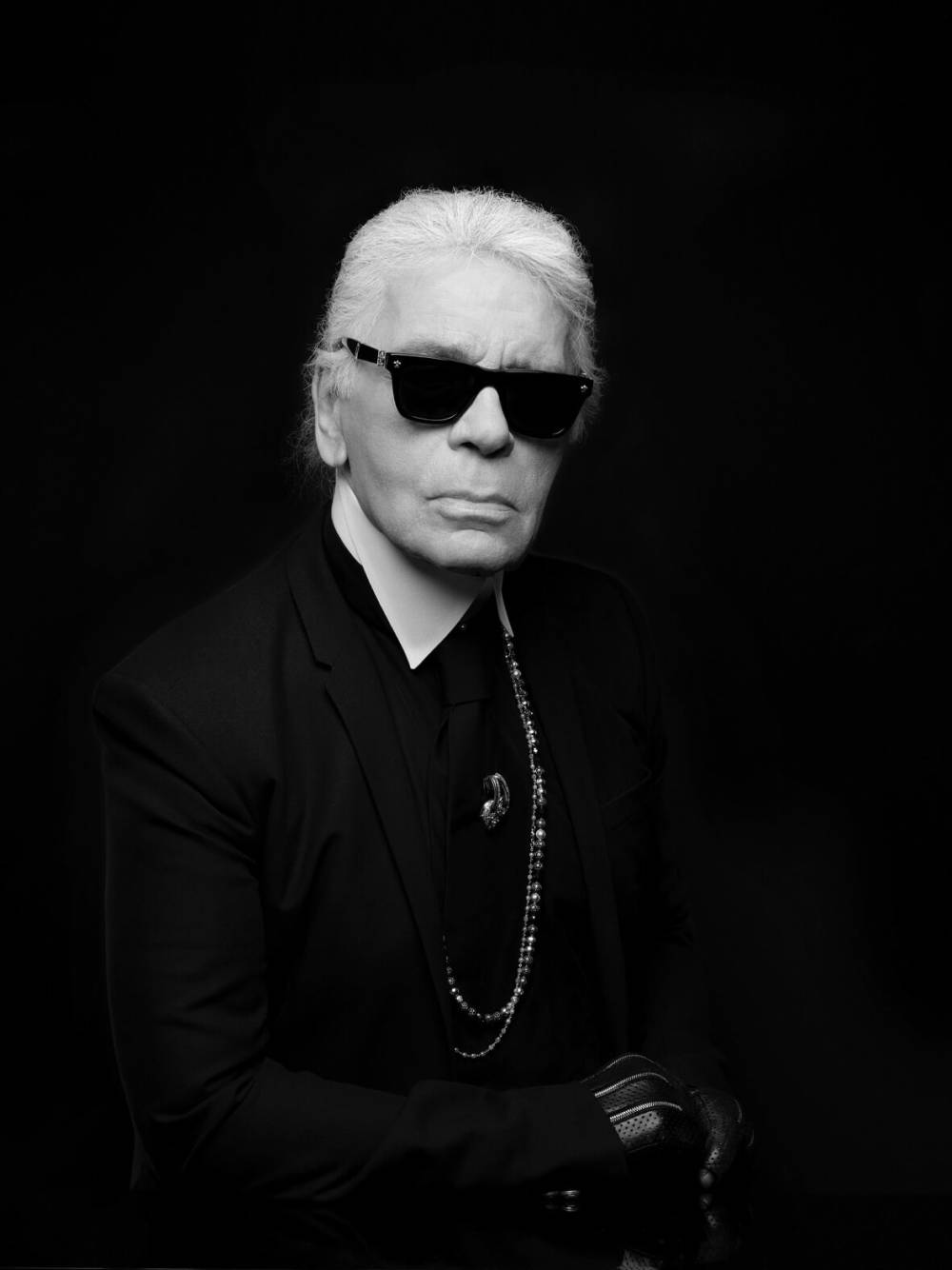