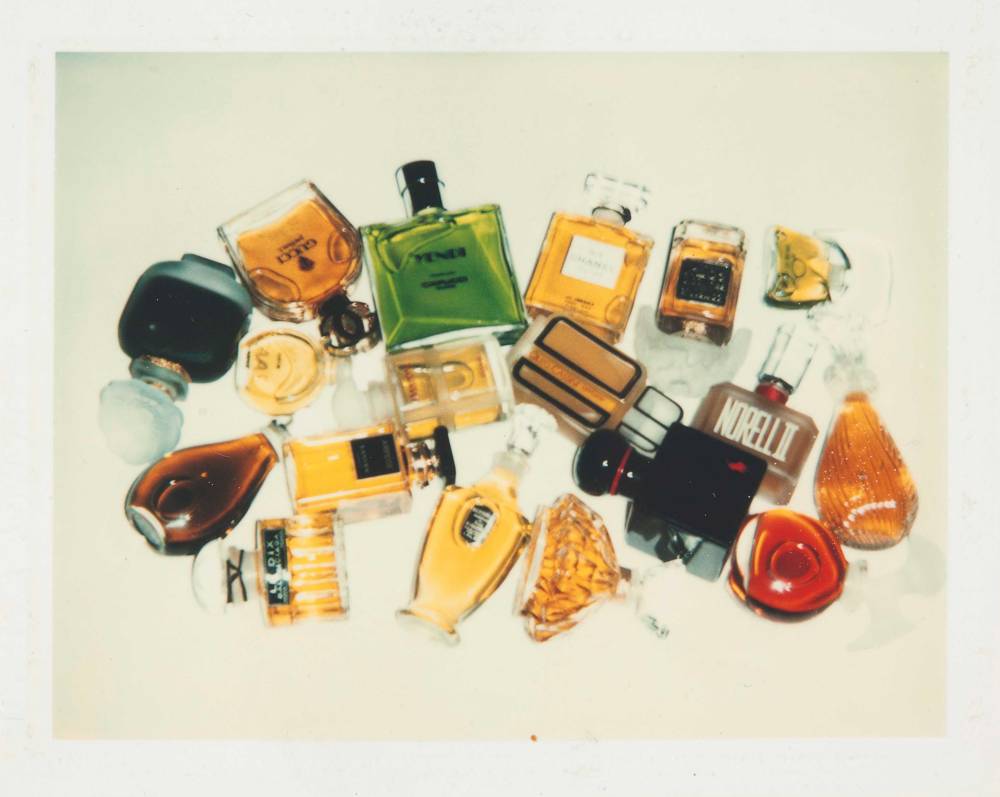 Smells are amongst the strongest neurological memories triggered. For centuries, cultures and individuals have utilized scent as a representation of emotion, employing perfume as a means of expressing identity. The sensory value contained in a fragrance coupled with the aesthetic function of perfume bottles, constitute a tremendous industry, historically defined by artistry, trade and commerce.

The oldest perfumery was discovered on the island of Cyprus and is thought to have originated over 4000 years ago, at which time the world’s first recorded chemist and perfume maker was working in Western Asia. The emotional potency of fragrance has transcended time, having sustained its significance for several centuries. The history of perfume is closely linked to makeup of cultures while maintaining deep-rooted connections to chemistry and the arts.

The vessels in which the earliest perfumes on record were contained have varied tremendously amongst cultures and regions. Early Egyptians, for example, used containers made of wood and clay to house fragrance, while ancient Greeks created hand-painted vases often rendered in the shapes of animals. Early Europeans used a variety of containers to store perfume including porcelain, silver and gold, often decorated with shells, semi-precious stones and glass, with some beautifully shaped perfume bottles even made to be worn as jewelry. Ornamental containers are only part of the rich history relating to perfume. The evolution of the complex scents stored in these ornate vessels speaks prominently to the history of trade and spreading of culture; floral scents, for example, were first brought to Europe in the 11th century through the Islamic world. Perfume enjoyed great success throughout Europe during the 17th century, having become popular in France in 1656, and spread to America in the early 1800s, at which time the practice became industrialized and mass produced.

While the perfume industry grew rapidly following its arrival in the United States, overtaken by consumerism in the western world, the design of perfume bottles changed dramatically throughout the late 1800s with the introduction of new decorative styles across Europe. The distinguishing ornamental characteristics of Art Nouveau had a tremendous impact on the visual makeup of fragrance. The period’s luxurious materials, delicate forms and fluid lines, often depicting flowers, insects and other natural objects, led to some of the first crystal perfume bottles, often exhibiting brass caps, floral labels and gold containers. In the early 1900s, perfumers began hiring artists, architects and glassmakers to design their fragrance flacons, at which time bottles started taking on unusual forms and began incorporating unique shapes, such as flowers, lighthouses and teapots; French architect Hector Guimard produced a number of art nouveau designs, while countless brands, partnered with crystal companies such as Lalique and Baccarat to manufacture unique bottles.

The 1920s were a period of immense expansion when fashion houses first entered the fragrance market. In 1921, French couturier Coco Chanel launched her first fragrance for the house of Chanel, Chanel No. 5. Unlike the elaborate, over-embellished bottles that were popularized throughout the early 20th century, the design of Chanel No. 5 was conceived to be simple and straightforward; a rectangular, unadorned clear vessel that was designed to be invisible. The bottle’s basic label and plain, polished steel case was one of the most innovative, avant-garde designs of the day, mirroring the effortless shapes and fabrication of Chanel’s fashion. In the decades to follow, Chanel No. 5 became a trademark product of the French brand, so much so that in 1980, Andy Warhol created nine silk-screen portraits of the bottle, solidifying the object as a cultural icon. 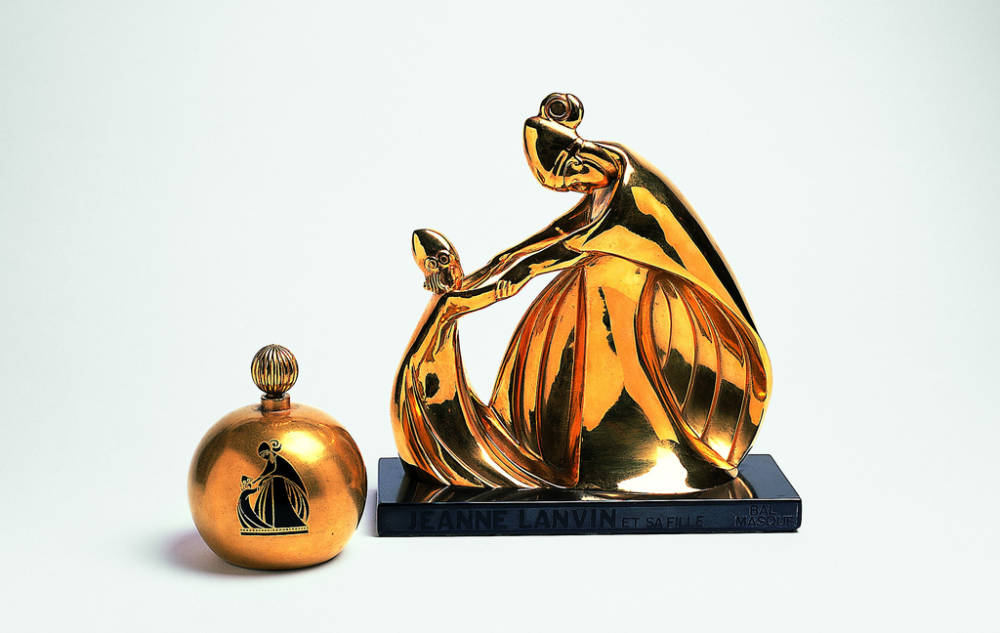 A discussion of 20th century perfume would be remiss without mention of Italian fashion designer Elsa Schiaparelli. Throughout her career Schiaparelli released a number of fragrances, with each bottle personifying the designer’s surrealist aesthetic. In 1934, Schiaparelli launched her first collection of three perfumes, ‘Salut’ for morning, ‘Schiap’ for noon, and ‘Soucis’ for night. In 1936, the designer introduced ‘Shocking’, featuring a bottle mimicking a tailor’s dummy modeled after a dress form for actress Mae West. The flowers on the vessel’s top represent the floral fumes of the solution rising from the bottle, while the tape measure around the neck signifies tailor’s tape. French couturier Jean Paul Gauliter introduced his first perfume in 1993 with a bottle also in the shape of a dress form; he has since created a number of subsequent fragrances with designs inspired by Schiaparelli’s ‘Shocking’ flacon.

In 1938, Schiaparelli released ‘Sleeping’ – a nighttime perfume. The scent’s crystal, candle-shaped bottle was encased in turquoise packaging, introducing a new color for the designer, which was later featured in her spring 1940 collection entitled ‘Sleeping Blue’. The following year, Schiaparelli introduced ‘Snuff’, a fragrance for men, housed in a figural pipe bottle, a la Rene Magritte, made of clear and amber glass with a gilt metal collar. In 1940, the designer released ‘Schocking Scamp’, a perfume brooch, while in 1946, Schiaparelli collaborated on the design of a bottle with Salvador Dali, after the artist created all of the brand’s perfume advertisements; ‘Le Ror Soleil’, as it was named, celebrated the end of WWII. The bottle’s base represented a seascape with waves of blue enamel, while the flacon was in the shape of a golden sun; Dali also designed the perfume’s case – a giant scallop shell in reference of Botticelli’s Venus.

In addition to Dali, Schiaparelli collaborated with French architect Jean-Michel Frank on the design of her perfume boutique in Paris’ Place Vendôme. Inside, the store featured a large bamboo birdcage with miniature shelves showcasing each ornate bottle. In addition to his work with Schiaparelli, Frank created a perfume salon for designer Lucien Lelong in 1935. 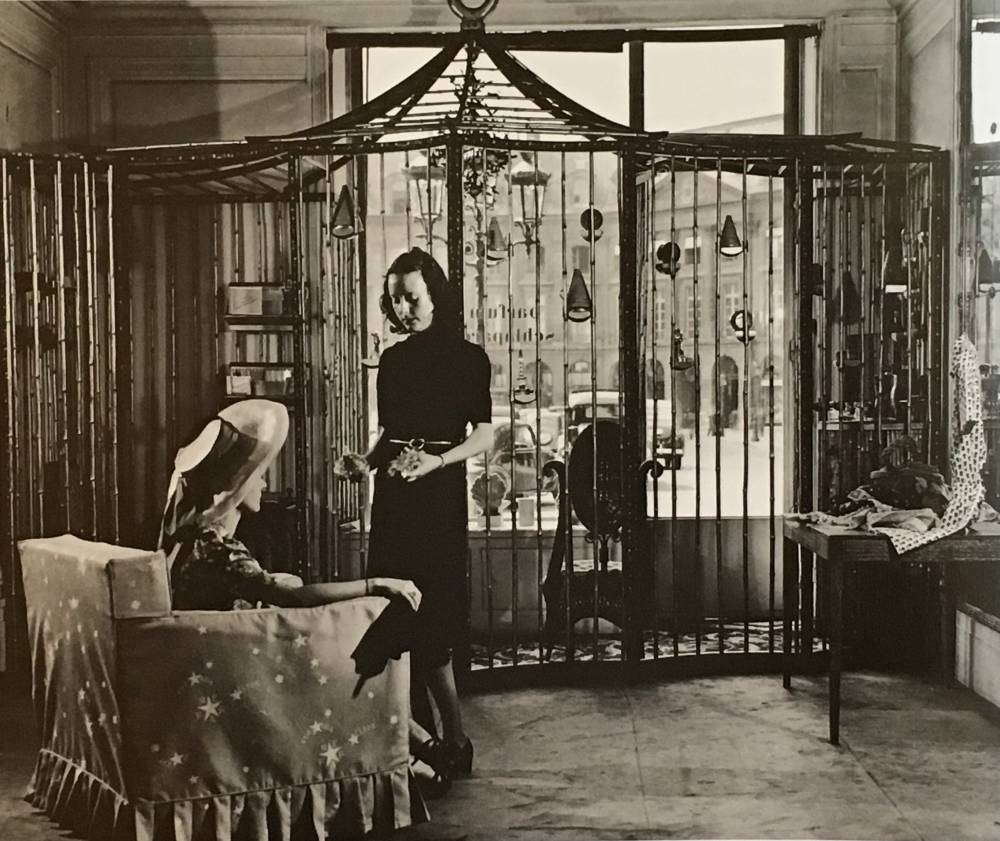 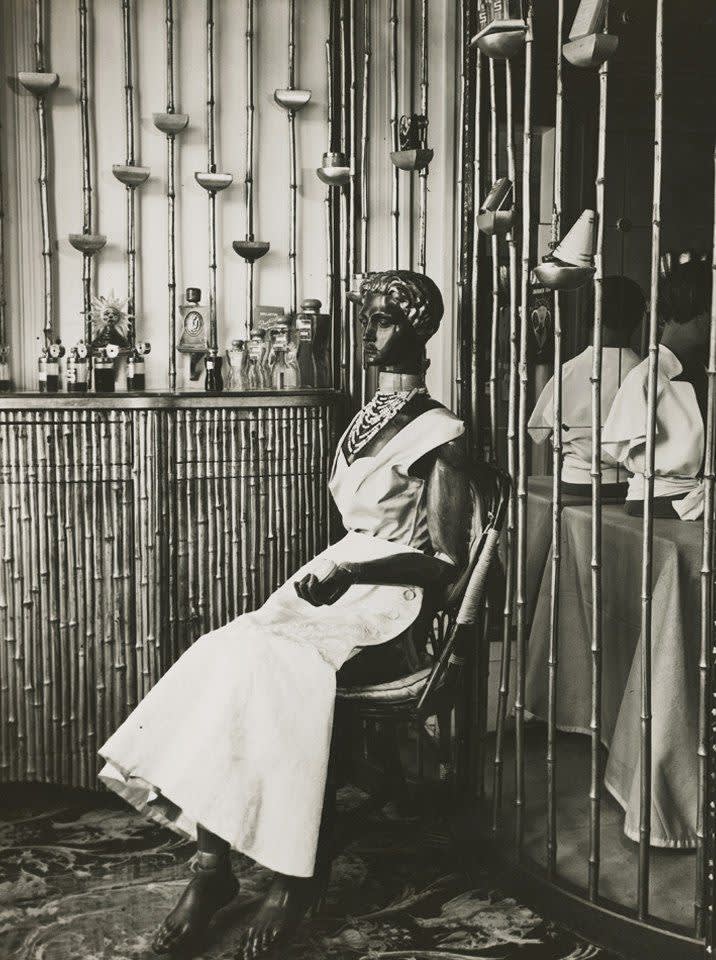 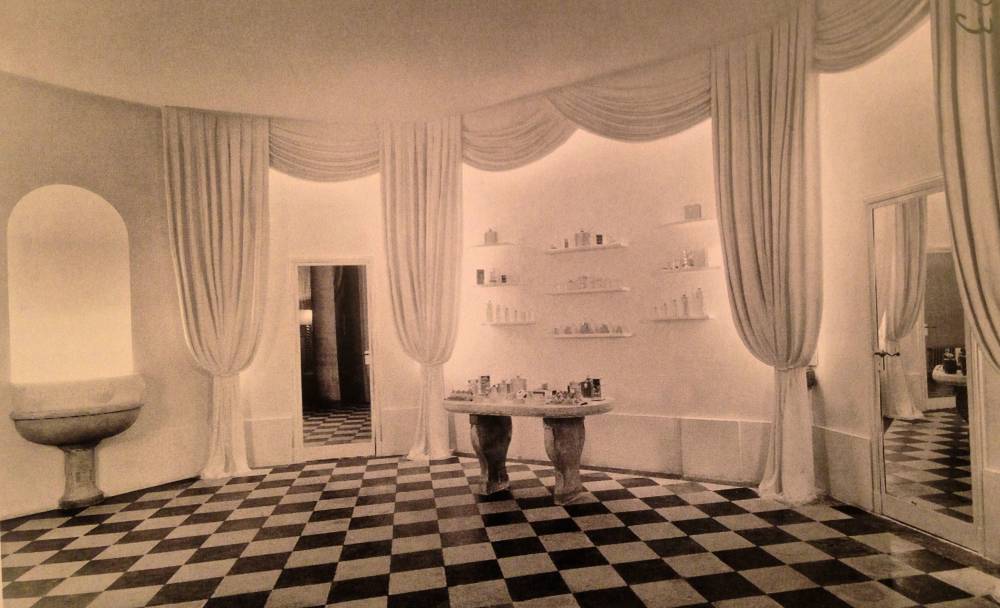 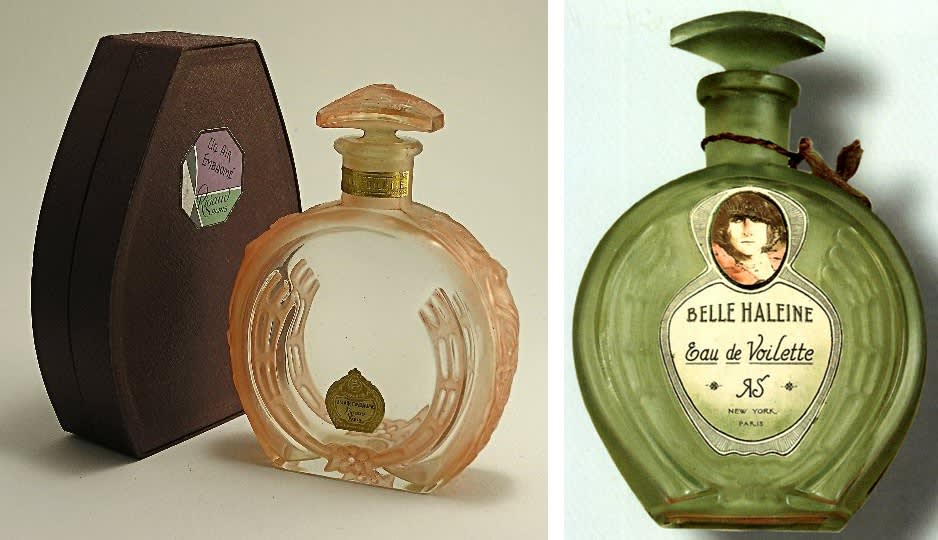 Like frank, artists and architects have historically valued the cultural importance of perfume, employing fragrance as a means of creativity and opportunity. In 1921, Marcel Duchamp produced an assisted readymade entitled ‘Belle Haleine eau de Violette’ in collaboration with Man Ray, consisting of a Rigaud brand perfume bottle in which the artists altered in several capacities.

In the 1950s, following his fruitful perfume-driven collaborations with Schiaparelli, Salvador Dali designed a bottle for Marquay perfumes consisting of a man in a top hat and bow tie. In 1983 Dali launched his own fragrance as a tribute to his wife, Gala; the artist believed that perfume was the most beautiful messenger of memories and happy moments. The sculptured bottle featured sensual lips and the nose of a goddess, drawing inspiration from a painting he completed in 1981, titled ‘Apparition of the Aphrodite of Knidos’; Dali’s 1983 fragrance was the first artist perfume in the world. 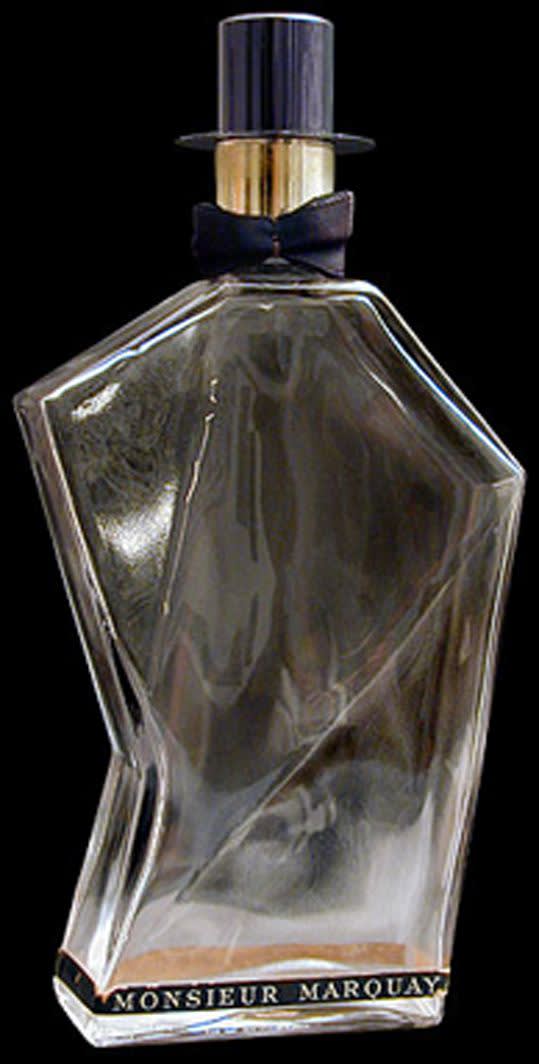 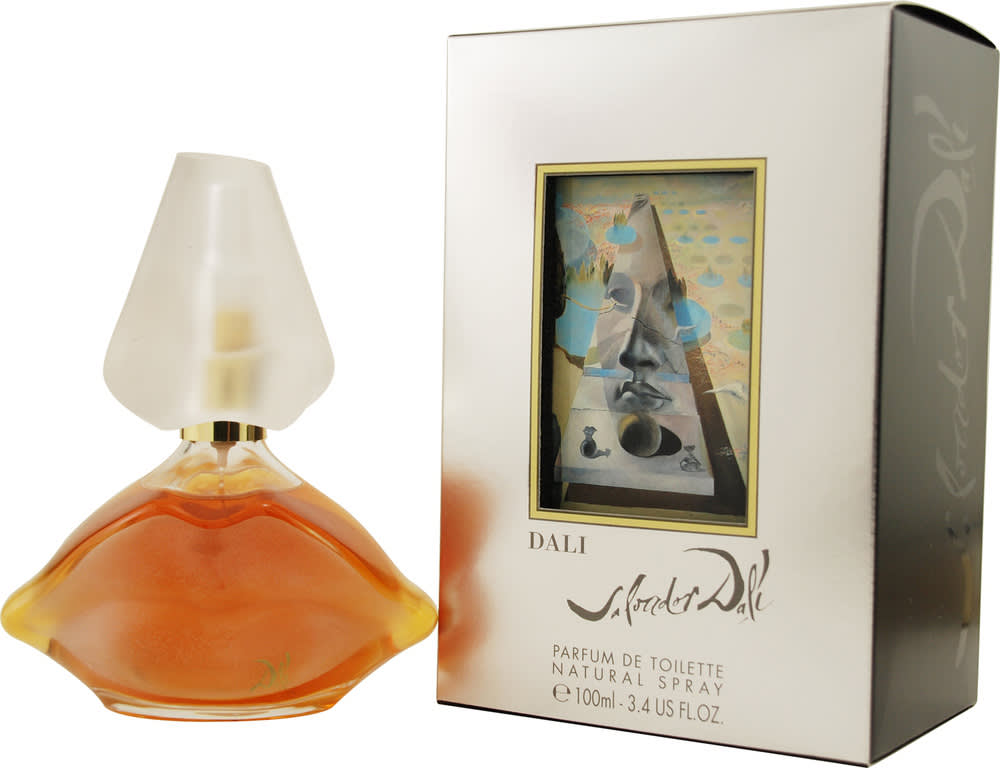 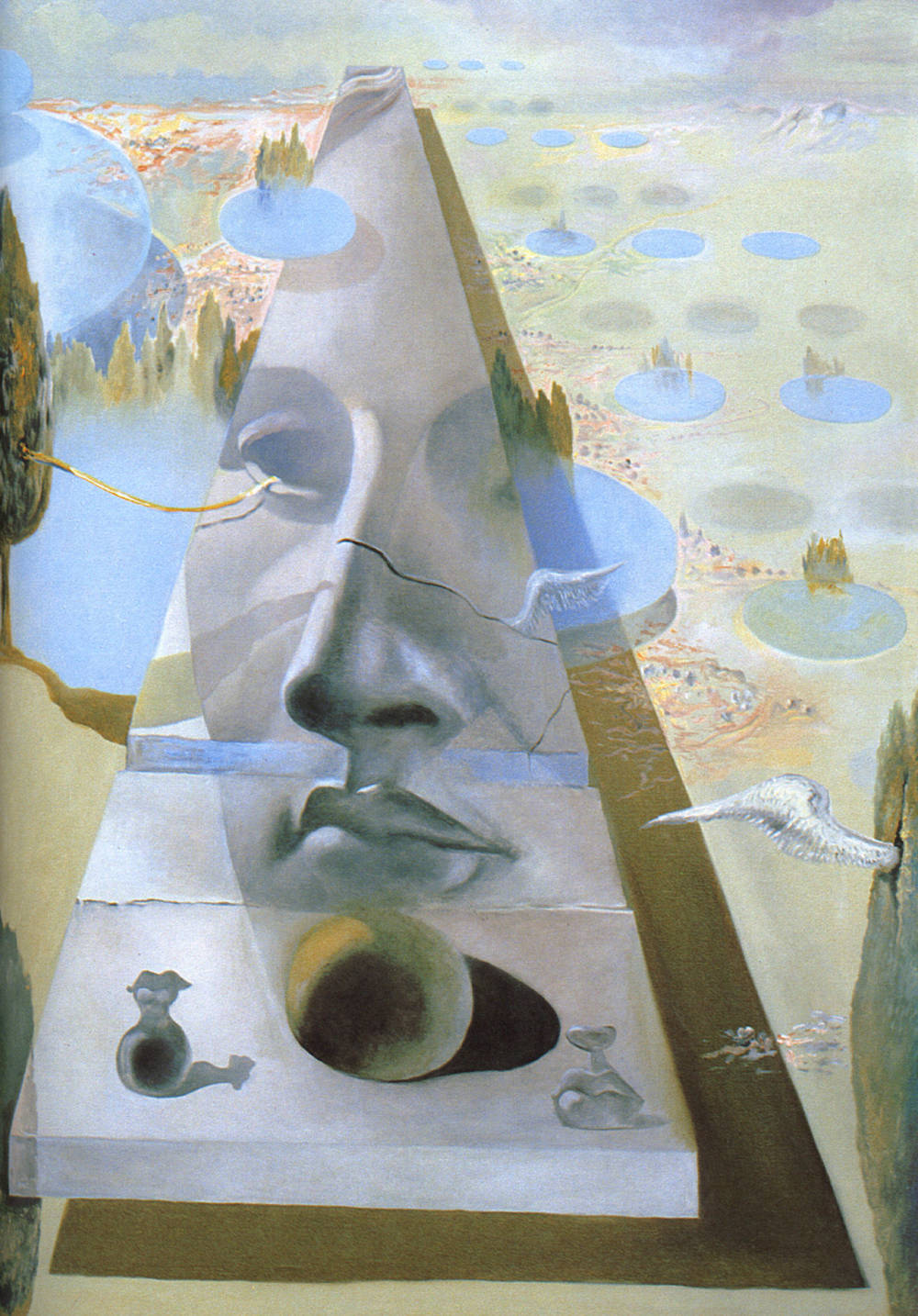 Apparition of the Aphrodite of Knidos, 1981

While the period of art nouveau saw a number of architect-designed flacons, the trend has continued through contemporary times. In 1990, Issey Miyake worked with Shiro Kuramata on the design of bottles for the Japanese brand’s ‘L’eau d’Issey’ scent, while more recently, Christian Louboutin tapped British architect Thomas Heatherwick to design his perfume bottles, and Philippe Starck has honed his creative skills in the industry of fragrance.

While the prolific history of perfume is muddled with social, cultural and emotional meaning, this highly specified object has transformed from a product for the intellectual elite into an international industry. Fragrance is a medium for artists, a driving source of revenue for fashion brands, and a means of self-expression and identity for millions, if not billions, of individuals around the world. 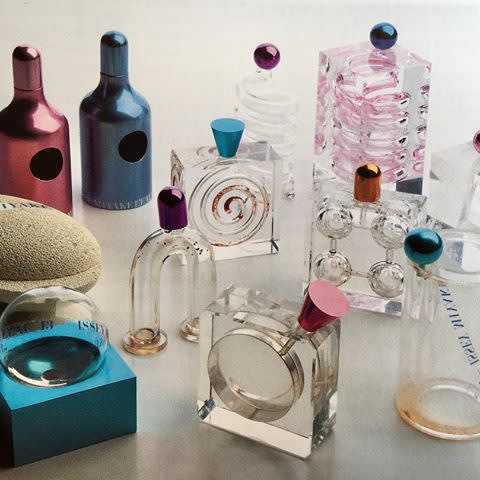 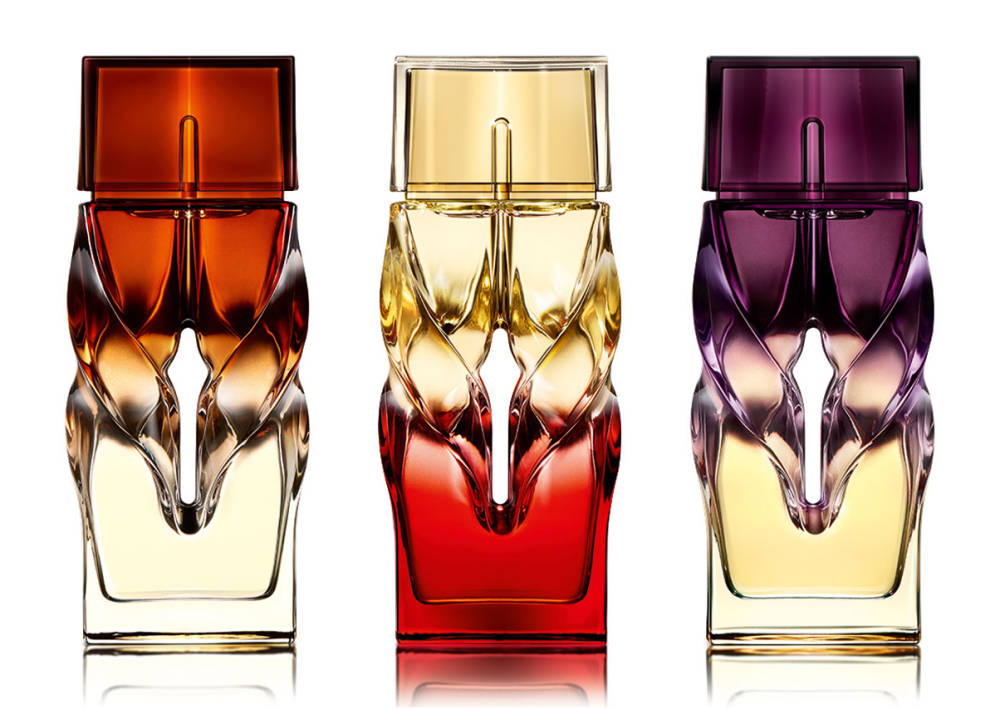 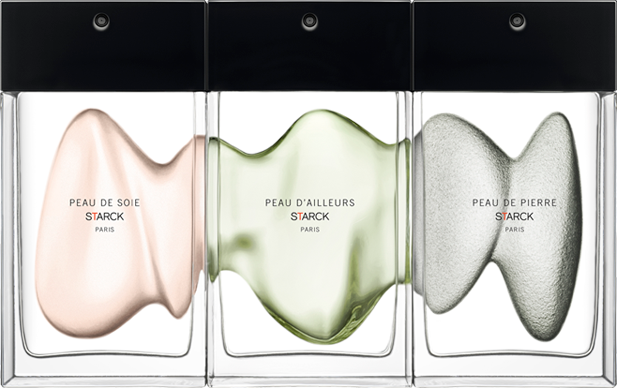