In the midst of New York Fashion Week, Minnie Muse sat down with Angus and India Ford, the Smooth Fox Terriers belonging to award-winning fashion designer, film director, screenwriter, film producer, and recently-elected Chairman of the CFDA, Tom Ford. Read highlights from our fantasy interview with Ford’s four-legged, sister-and-brother duo, where we discussed which Pritzker Prize-winning architect designed their bespoke concrete dog houses, how they busy themselves while their father takes his 4 daily baths, and which Tom Ford accessories have been christened the ‘Angus’ and ‘India’… 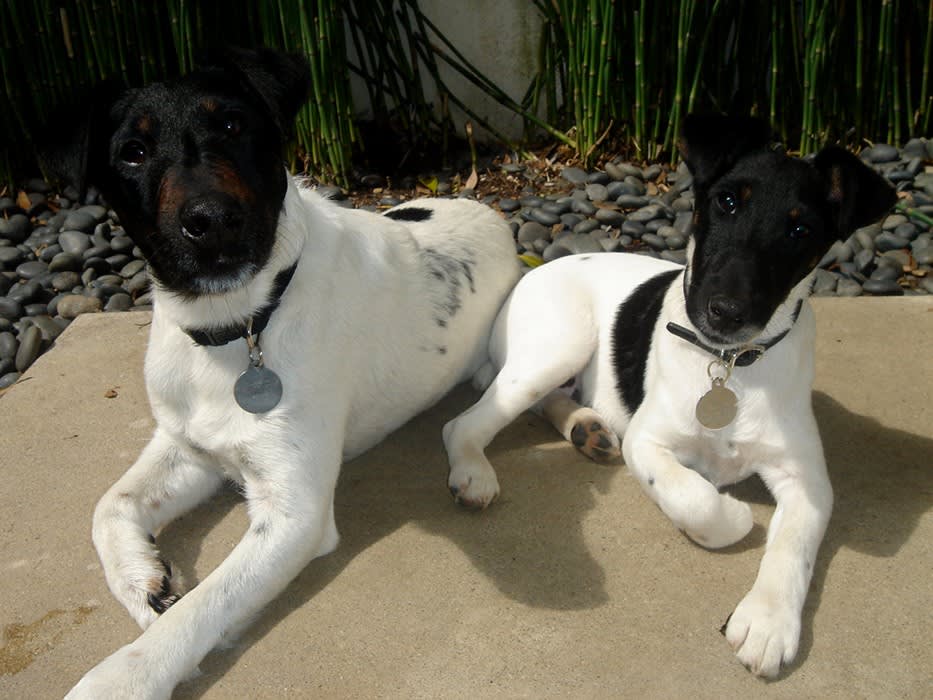 Minnie Muse: Your father is quite the architecture enthusiast; do you have your own personal dog house(s)?

Angus Ford: Pritzker Prize-winning, Japanese architect Tadao Ando built the most spectacular ranch house for us in Santa Fe, New Mexico. Father has always admired Ando’s unparalleled precision and materiality, as well as the conversation between his minimalist, concrete structures and New Mexico’s desert terrain. Our main residence sits atop a reflecting pool, where India just loves to stare at herself at all hours of the day.

India Ford: Oh stop that, Angus! Truth be told, we both love the ranch so much that father enlisted Ando to design custom dog houses for us. They are miniature versions of the architect’s 4x4 homes in Kobe, Japan, and sit beside one-another in our Los Angeles yard. 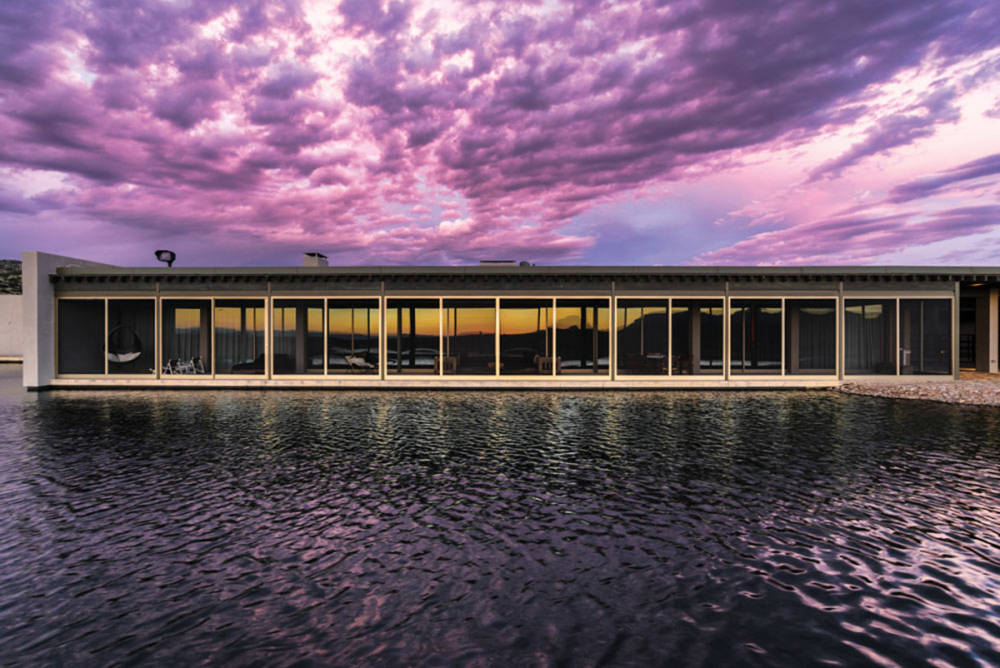 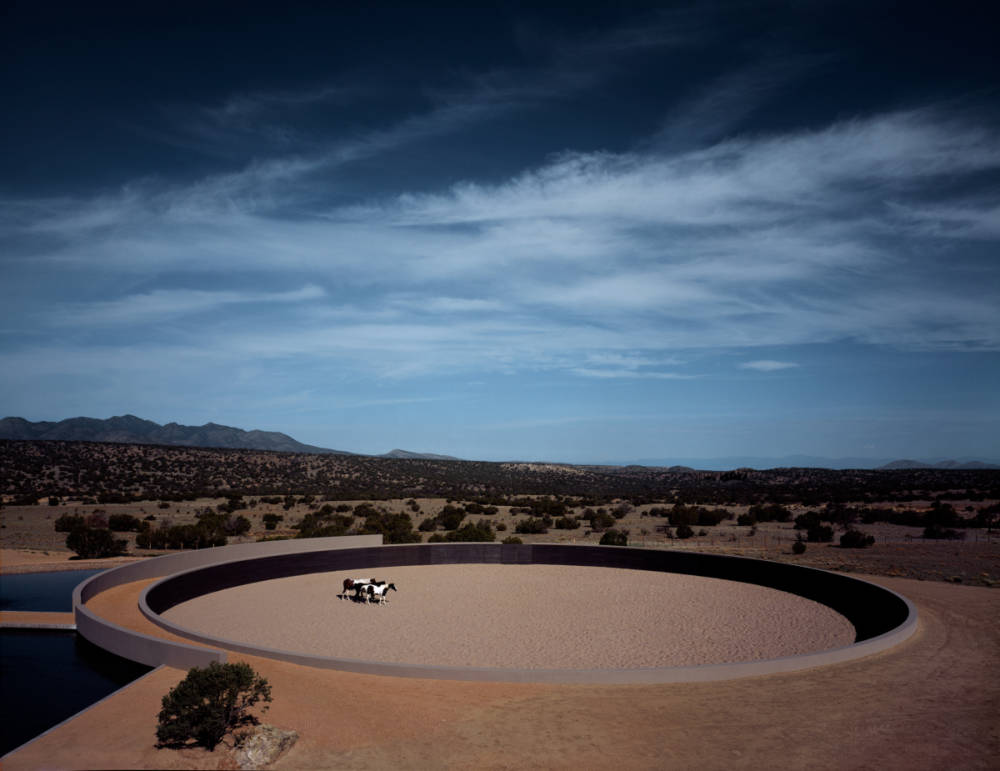 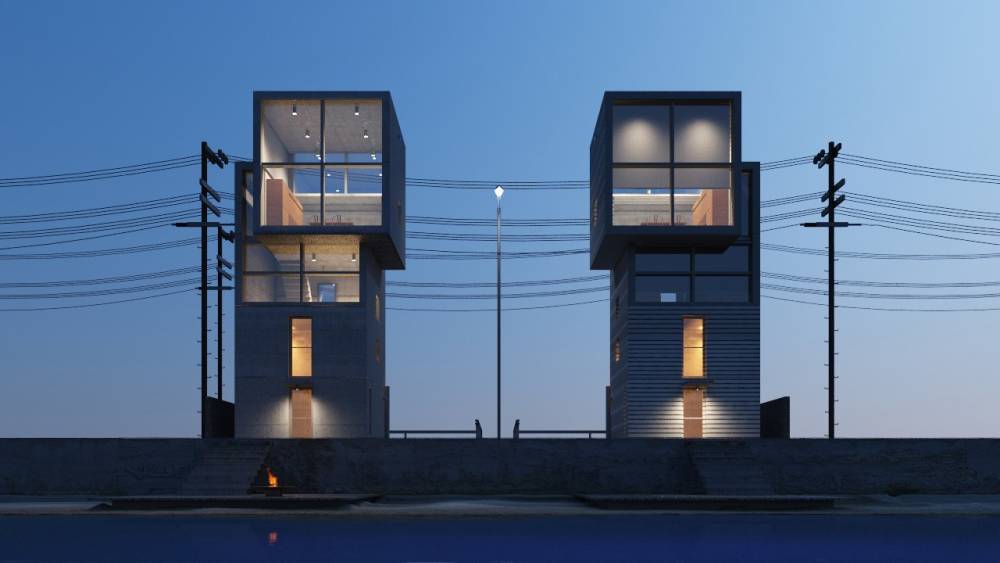 MM: Do you have any other siblings?

IF: Yes! Our little brother, Alexander John Buckley Ford – who we call Jack – was born in 2012.

AF: We love him, especially now that he is at an age where he enjoys playing with us.

MM: And what is your favorite toy?

IF: Father has always said, “Who needs toys when you have accessories?”

AF: Regardless, I was never one for toys. 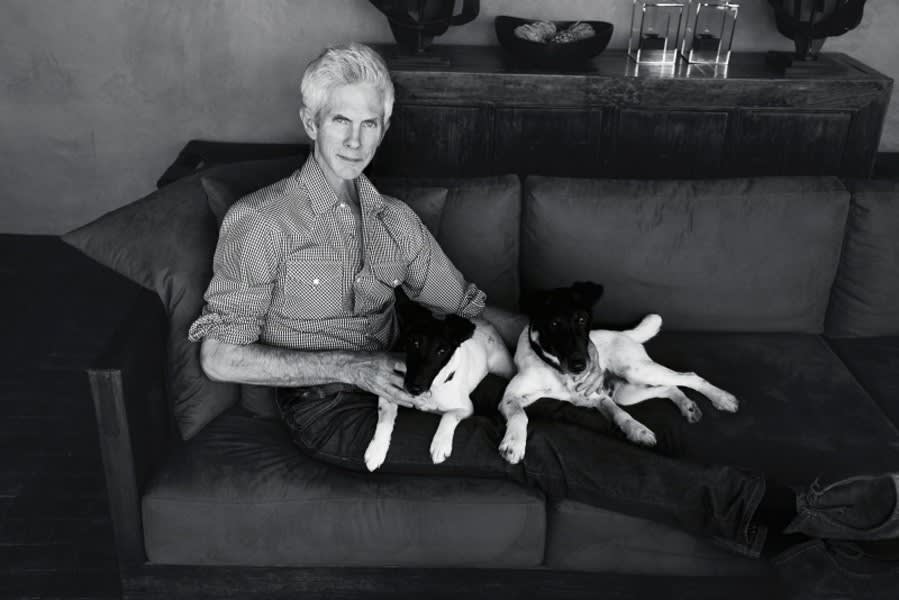 With Angus and India

MM: Spoken like a true Designer Dog! On the topic of accessories, do you wear matching collars?

AF: I detest traditional collars; instead, I wear one of father’s Classic Evening Bowties in black grosgrain.

IF: I prefer a Tom Ford gold padlock chain.

AF: Of course she does…

IF: Be quiet, Angus! You’re just jealous your weak neck can't support such a weighty chain.

MM: And how about footwear?

IF: I am currently obsessing over Tom Ford’s black Mary Jane mules with gold detailing; they compliment my padlock chain perfectly.

MM: Do you have any other favorite Tom Ford pieces?

AF: Father named two signature sunglasses after India and myself, and even made special versions of each to fit our slender faces.

IF: Mine are designed to look like translucent butterflies, in honor of my favorite animal, while Angus’ are 60mm Flat Top Shield Sunglasses in black; they make him feel very important.

MM: Given that your father is not only an accomplished fashion designer but an equally skilled director, do you have a favorite movie?

AF: Definitely the 2009 film ‘A Single Man,’ staring Colin Firth. Set in 1960s Los Angeles, the film chronicles the main character, George Falconer, as he mourns the loss of his gay lover. A Single Man was father’s directorial debut as well as his first screenplay, which he adapted from a Christopher Isherwood novel. It is beautifully shot and an incredibly compelling story.

IF: Angus is being coy; he really loves the film because we star in it – DUH!

AF: Oh yes, I forgot to mention that …

MM: What is your preferred method of transportation?

AF: Chauffer driven Bentley, so we can sit in the back with father as he reads the newspaper and answers emails.

IF: I quite like the 1957 Mercedes-Benz 220 S Coupé from ‘A Single Man’. We spent countless days filming in that car.

MM: Do you have a dog carrier?

IF: We travel in matching Gucci monogram pet carriers.

AF: Despite father’s split from Gucci Group in 2004, he maintains respect for the brand he helped modernize, and admires the direction current creative director Alessandro Michele has taken the house.

MM: Where is your favorite place to vacation?

IF: We live primarily between Los Angeles, New York and London. But other than our ranch in New Mexico, Mustique is my ideal vacation spot.

AF: Winter is my favorite season; I love spending the holidays in Switzerland or the French Alps.

MM: That sounds like quite a hectic travel schedule… How do you relax?

AF: We love sleeping beside father as he takes his morning baths.

IF: He loves baths so much that sometimes he manages to fit in 4 in a single day. Not a small feat for someone with as busy of a schedule as he has.

MM: Do you have a favorite restaurant?

AF: Our favorite nights are the ones spent at home...

IF: Angus is just saying that because he likes to jump on the table and steal food when no one is looking.

MM: Do you maintain a strict diet? Out of what type of bowls do you eat?

IF: We eat primarily plant-based meals and sip chilled Evian out of Tiffany & Co. sterling silver dog bowls with our names engraved. 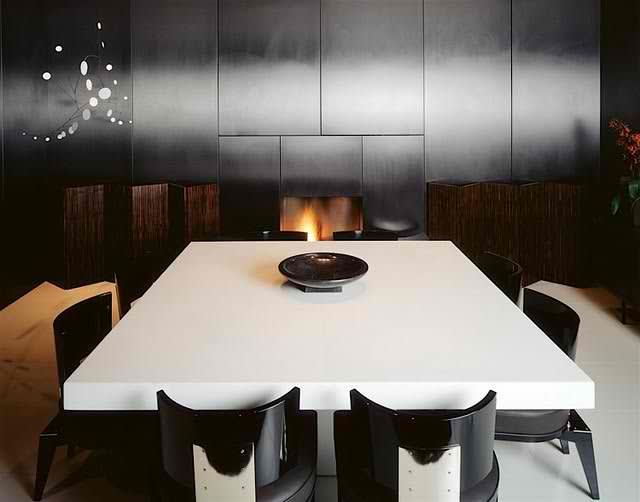 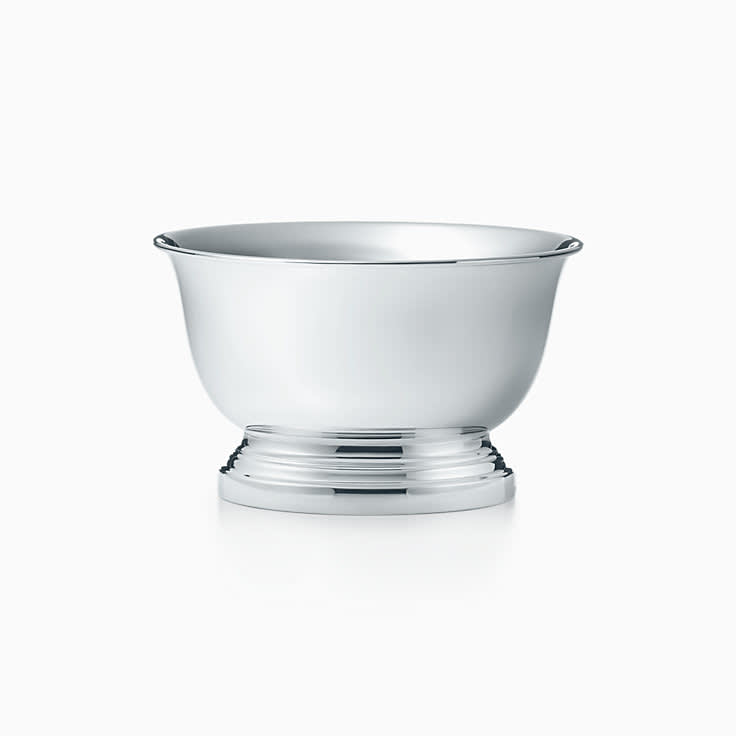 MM: Do you have a favorite dog walker?

AF: Father’s longtime friend and collaborator, Carine Roitfeld. He often brings us on set when they are shooting and she takes us around the block during our lunch breaks.

IF: And sometimes between shots she dresses me up in heels and accessories – if anyone can teach you to walk in sky-high stilettos, it’s Carine.

MM: What song best describes you?

MM: Do you have a favorite scent?

IF: ‘Fucking Fabulous’ by Tom Ford. It is the perfect compilation of notes to highlight my natural scent. I like to think father created the perfume with me in mind.

MM: And what about a favorite book?

IF: Whether we are at home in Los Angeles, New York or London, you will always find a copy of Taschen’s Helmut Newton SUMO Cocktail Table book in our living room. The monograph, first published in 1999, was given the name SUMO due to its hefty size and weight. Father can close his eyes and recite the titles and years of each photograph in the order as they appear in the book. We have three original copies all signed by the late photographer.

AF: Father has great admiration for Newton and an undying love for his work, once remarking, “Helmut’s world is my idea of heaven. And Helmut’s world is where I would like to go when I die.”

MM: Do you have any hobbies?

IF: I’ve dabbled in dog shows. Not to brag, but I was crowned the new champion Winners Bitch of the All Terriers Club of Western Washington on August 26, 2006.

AF: It’s been over 12 years, and she still won’t let you forget it…

MM: What are three adjectives you would use to describe one another?

IF: Sneaky, intelligent, and curious.